Never to soon to drool over Easter goodies! M&S delights fans by launching a £10 giant chocolate Percy Pig and a classic egg with sweets

Marks & Spencer has delighted fans by releasing an Easter egg in the shape of its popular Percy Pig character.

The £10 chocolate egg features the beloved pink character offering a broad smile and a wave while wearing a pair of sprinkled trousers.

Chocoholics went wild after shoppers spotted the treats stocked on the retailer’s shelves, with Instagram page NewfoodsUK sharing a snap of the eggs online.

Social media users could barely contain their excitement for the chocolate snack, with one commenting: ‘I want this for Easter!’ 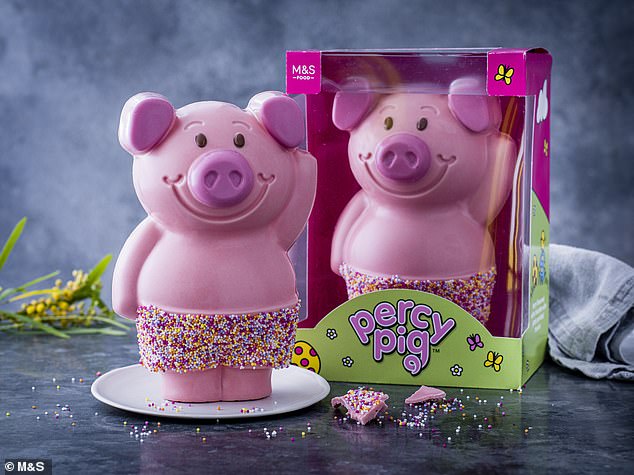 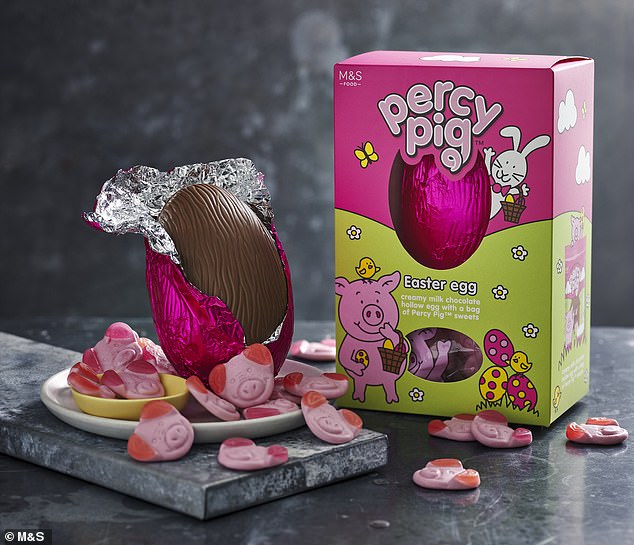 One wrote: ‘In love with this’, while another shared the heart-eyed emoji, adding: ‘Look at his trousers!’

One added: ‘Can’t wait for Easter already!’ while a fifth wrote: ‘We love Percy pigs! Yum.’

‘Take all my money,’ another shopper commented.

The retailer also released a classic milk chocolate egg in pink foil which comes with a bag of original Percy Pig sweets.

Social media users went wild over the latest release from the retailer, with many saying they would be snapping up the chocolate treat for Easter

The release is just the latest of M&S offerings to feature some of the most popular characters.

Last month, the retailer delighted fans by releasing the Christmas edition of the popular Colin the Caterpillar cake.

The £10 Christmas-themed cake came with an edible Santa hat, presents and festive decorations.

Fans of the upmarket retailer rejoiced at the news, with one exclaiming that ‘Christmas has been saved’, while another teased they would be driving miles to purchase one of the festive treats. 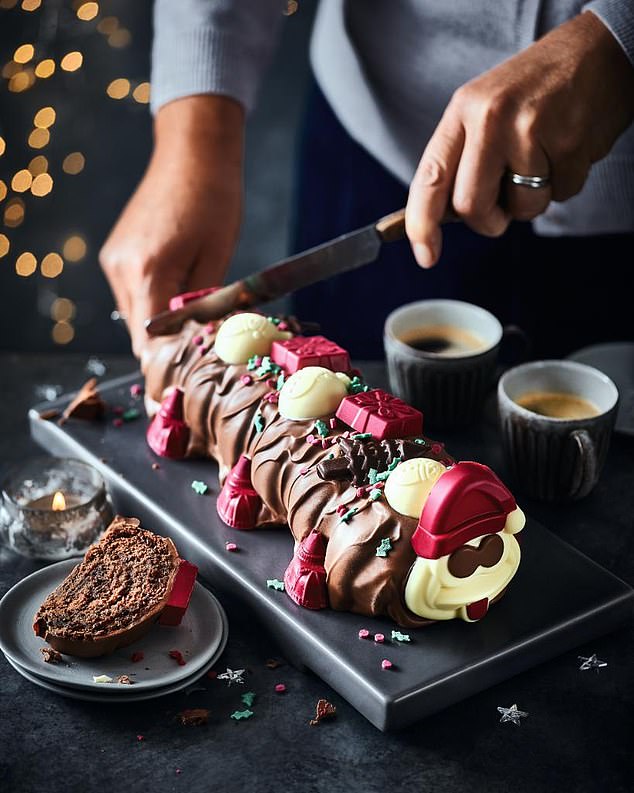 One keen shopper wrote: ‘M&S have launched a festive Colin the Caterpillar Double exclamation mark Christmas has been saved.’

Another said: ‘I’m making my father drive us 20 miles the Saturday before christmas just to get a Christmas Colin the Caterpillar cake…. yes,it is worth it.’

A third admitted: ‘Once again, I’m being sucked in to commercialism. So tempted to buy a Christmas Colin the Caterpillar cake!.’

One very frazzled fan was very eager to get her hands on a Colin, writing: ‘Marks and Spencer’s why are you trying to kill me! I was told the Christmas Colin cake would be in store on the 18th, then you post it’s in store today! Partner got the last one.’