Cheryl Burke is addressing “the elephant in the room.”

During Tuesday’s installment of the “Pretty Messed Up” podcast, the “Dancing with the Stars” pro spoke about rumors regarding the relationship between Chrishell Stause and her former ballroom partner, Gleb Savchenko, who has been accused of having “multiple affairs” by his estranged wife.

“Okay guys, so I think we have to hash it out and talk about the elephant in the room,” Burke said to AJ McLean, her former “Dancing with the Stars” companion.

“Just cause they dry hump on TV guys, doesn’t mean it’s real,” the 36-year-old dancer continued. “This is the whole thing, right? When you’re in this world of Hollywood, you do reality shows and this stuff does happen.”

Stause, 39, and Savchenko, 37, were eliminated during last week’s episode. The pair performed the Viennese Waltz in the ballroom and used a bed as a prop.

Earlier this month, it was revealed Savchenko and wife Elena Samodanova were parting ways. Stause, who split from husband Justin Hartley last November, said she had nothing to do with the breakup, with Savchenko calling their bond “strictly platonic” in a statement.

“I am so saddened about the news of Gleb and Elena’s split,” Stause posted to social media at the time. “It is unfortunate that this has caused rumors to swirl about my personal life. Having gone through a public split myself, I would not wish this on anyone.”

Burke then spoke about the fallout of Savchenko’s highly publicized split. 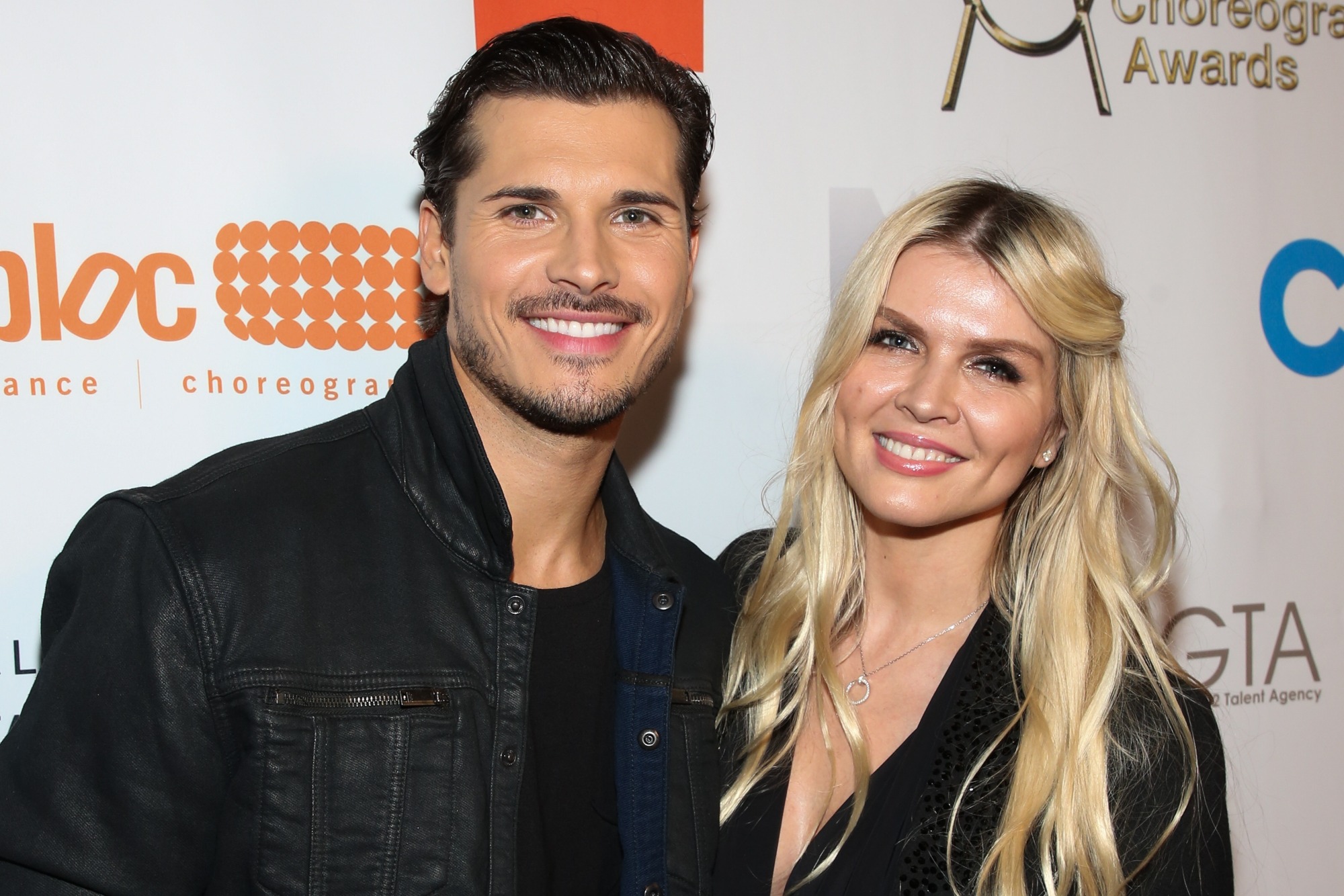 “S–t happens, but I’m not saying anything has happened with them,” she said of Savchenko and Stause.

“Right now it’s just a big deal because Gleb and his wife are separating. I’ve known them for a while — they’re both in the competitive dance world scene,” she added. “I’ve known his wife as well and their beautiful kids and I send my love to Gleb and his family. This can’t be easy for anybody right now, especially when you have kids involved.”

On Saturday, Samodanova, 36, spoke to People about her split from Savchenko, claiming infidelity was a contributing factor.

“Gleb’s ongoing infidelity and a recent inappropriate relationship has created turmoil in our marriage and absolutely torn our family apart,” she told the publication.

Savchenko, who shares two daughters with Samodanova, later responded to her allegations.

“While I will continue to respect the privacy of my family, I will not stand by and allow false accusations and internet rumors go unaddressed,” the dancer said in a statement to People. “My relationship with Chrishell was and remains strictly platonic. Our friendship during our season on ‘DWTS’ was not the reason for our split.

“Elena and I have had longstanding issues in our marriage. This has been an ongoing situation between Elena and I paired with poor timing. It was my deepest hope to keep our private life just that: private. I am saddened and disappointed to see that Elena has chosen not to do the same,” he continued.

They were married for 14 years.