The show must go on, as they say on Broadway, and it rings true for the Cannes Film Festival, too. After taking a hiatus last year and moving the date back from its traditional May perch to July, the world’s most glamorous film festival has made its comeback with a splashy red carpet.

Maggie Gyllenhaal floated in a cream cape and couture gown from Celine that embodied both an ease and understated elegance fitting of this year. “A friend showed me a picture recently of Jeanne Moreau dancing on a table, from like 1956, and after skipping last year I kinda hope that this year might be a little like that,” the jury member said.

Jury president Spike Lee gamely granted her wish, albeit on the ground since there were no tables in sight, by busting a few moves for photographers. He was outfitted in a fuchsia pink Louis Vuitton look, complete with custom suit and matching sunglasses. The director sported Nike Air Jordans which were created for the festival. The Nike sneakers were made in the tricolors of the French flag — blue, white and red — with the the words “Festival de Cannes” and “Jury President” stitched inside.

His jealousy followed after Jodie Foster took to the stage to receive her honorary Palme d’Or. “It feels good to get out. Here we are, finally! Did you miss it? A little bit of glamour?” she asked the audience in French. Indeed she glammed it up for the occasion in a white silk column embroidered with pixel motifs from Givenchy, paired with nude satin sandals from the house.

Fresh from attending the Christian Dior Haute Couture show in Paris Monday, Jessica Chastain made her way south for the opening night. Chastain, who will serve as godmother for this year’s Trophee Chopard prize, wore a billowing black ballgown in layered mesh with velvet scrolls from the house’s fall 2019 collection. 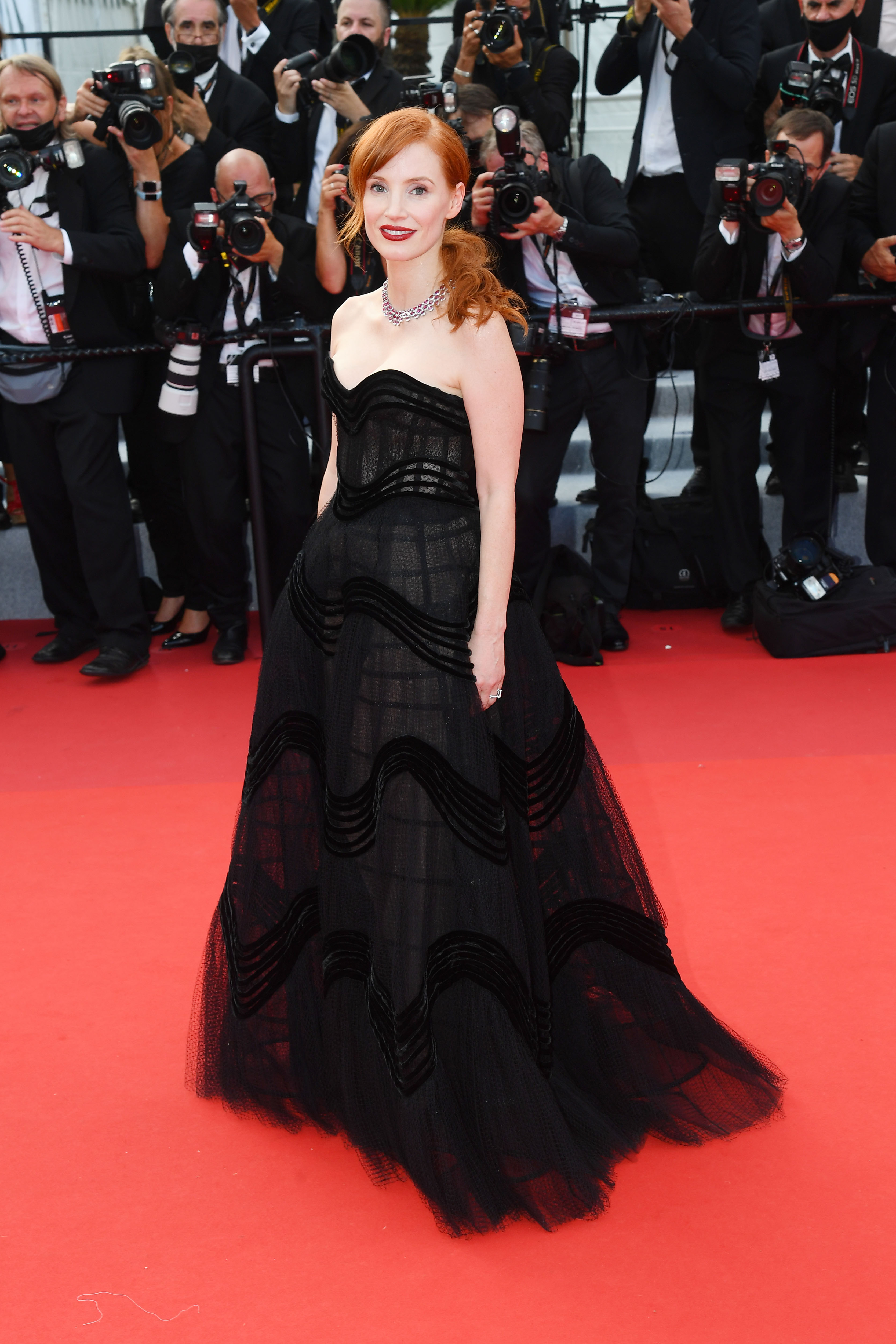 French rocker Lou Doillon wore a gold Gucci gown with a pleated skirt paired with a heart-shaped clutch from the brand. This film festival promises to be a family affair for Doillon. “Jane by Charlotte,” a documentary about her mother Jane Birkin, made by her half-sister Charlotte Gainsbourg, will premiere in out of competition Wednesday.

In the end, Marion Cotillard reigned as the leading lady of the evening. Her film “Annette,” in which she stars opposite Adam Driver, was the opener of the evening. She shined in a silver Chanel column while she posed with co-star and director Leos Carrax. 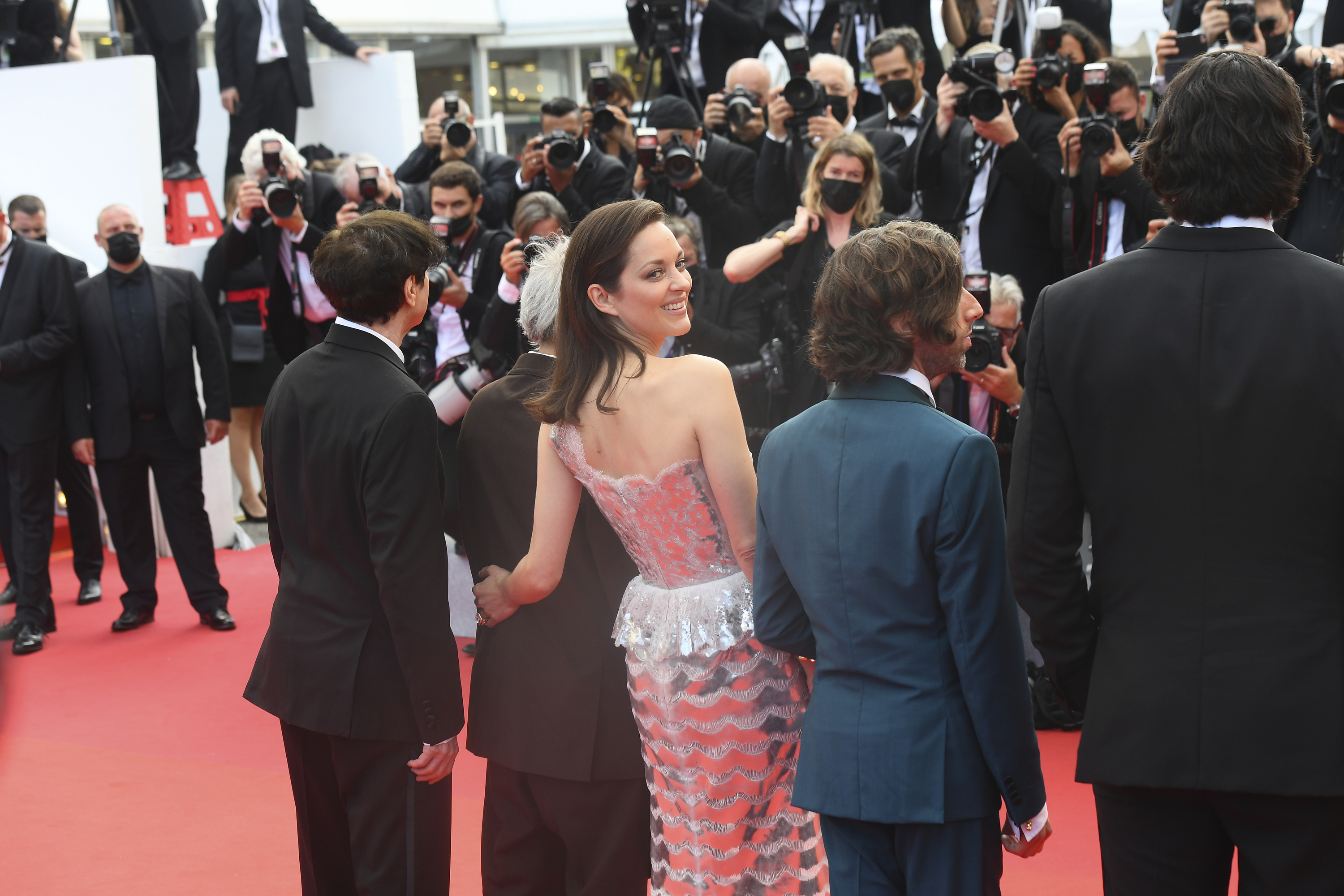 With a public vaccine center just steps from the red carpet, the opening night felt like a surreal scene in one of its films. Guests were allowed to take off their masks to pose, but were asked to put them back on at various times, making it the most complicated accessory of the night. In keeping with the times, many were film festival branded.