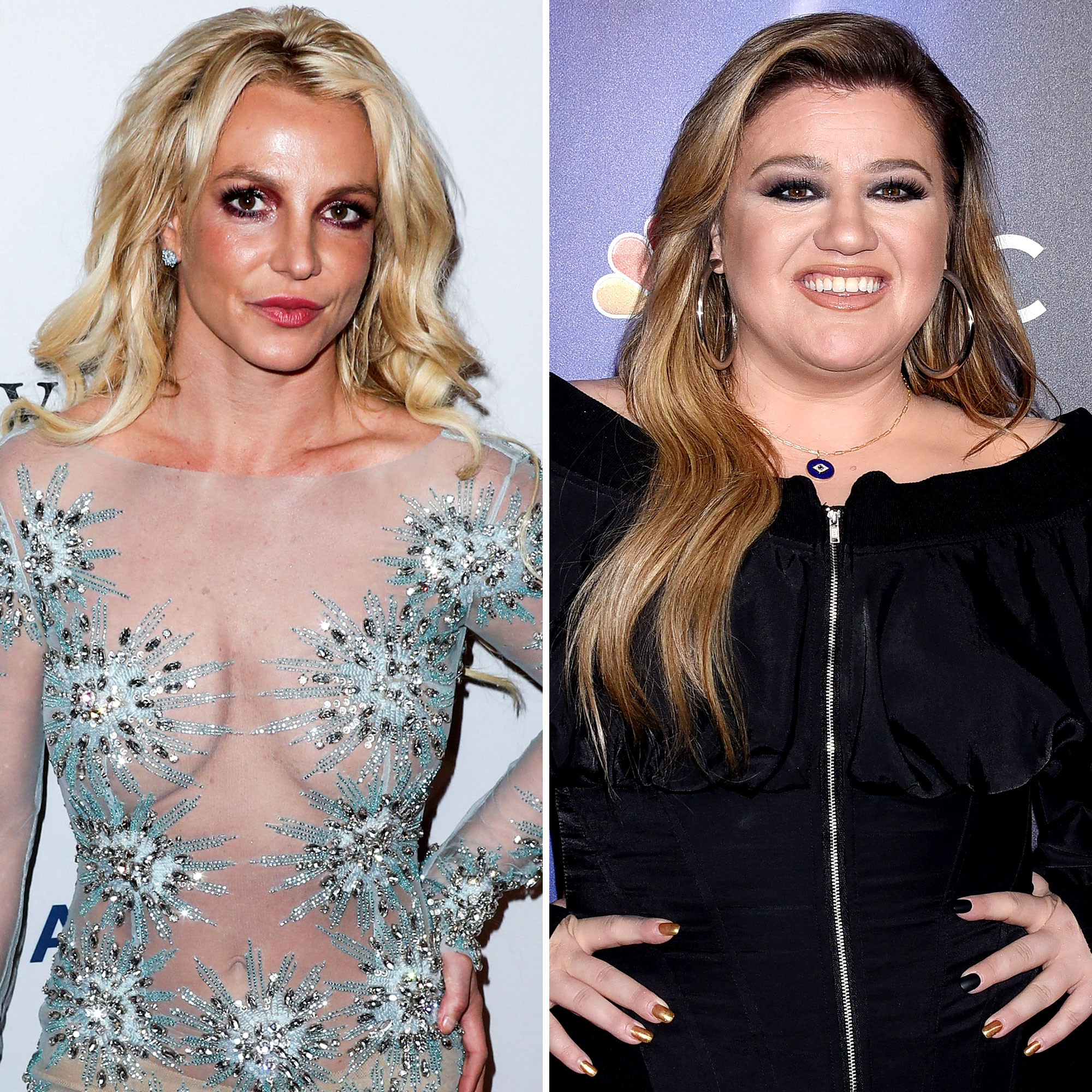 What goes around comes around. Britney Spears seemingly called out Kelly Clarkson for comments the American Idol alum made about her back in 2007.

Celebrities Who Supported the Termination of Britney Spears’ Conservatorship

The “Womanizer” singer’s name drop of Clarkson, 40, seemingly referred to a 2007 interview the “Since U Been Gone” singer did for radio station Q100. At the time, Spears had just released her album Blackout and was going through a highly publicized divorce from Kevin Federline. In the radio interview, Clarkson quipped that it would be “funny” if the pop star was pretending to have a hard time to promote her album.

“Man, but wouldn’t it be funny if she’s just totally screwing with everyone?” the talk show host, then 25, said. She continued, “Cause it’d be real funny if she were like, ‘just kidding!’ I mean, think about it. She’s done no press for her album, which I love by the way … She’s done no press, just gets so much press off all this other stuff.”

Clarkson is not the first pop idol that Spears has criticized since her 13-year conservatorship was terminated in November 2021; the “Toxic” singer also called out Christina Aguilera for failing to speak up on her behalf. The same month her conservatorship ended, Spears shared a video on her Instagram Story of Aguilera talking to reporters at the Latin Grammys. In the clip, a publicist cut an interview with the “Ain’t No Other Man” singer short after a reporter asked if she had spoken to Spears since the ruling.

“We’re not doing that,” the publicist said, with Aguilera adding, “But I’m really happy for her!” Along with the video, Spears wrote, “I love and adore everyone who supported me … but refusing to speak when you know the truth is equivalent to a lie !!!! 13 years being in a corrupt abusive system yet why is it such a hard topic for people to talk about ??? I’m the one who went through it !!!! All the supporters who spoke up and supported me thank you … Yes I do matter !!!!!”

Five months prior, in June 2021, Aguilera voiced her support for Spears via Twitter. “These past few days I’ve been thinking about Britney and everything she is going through. It is unacceptable that any woman, or human, wanting to be in control of their own destiny might not be allowed to live life as they wish,” she wrote at the time.

Britney Spears’ Ups and Downs Over the Years

The “Genie in a Bottle” singer continued, “To be silenced, ignored, bullied or denied support by those ‘close’ to you is the most depleting, devastating and demeaning thing imaginable. The harmful mental and emotional damage this can take on a human spirit is nothing to be taken lightly.”