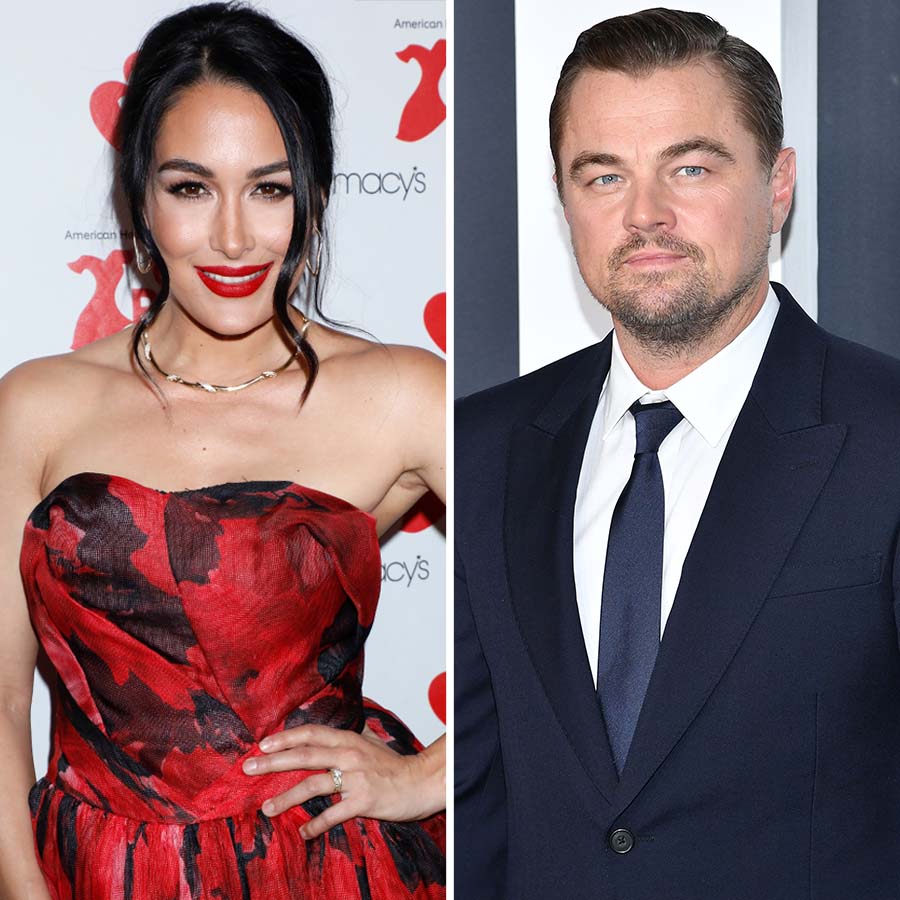 A shared interest! Brie Bella‘s love for the planet may have inspired her to reach out to Leonardo DiCaprio — but that doesn’t mean she heard back.

During a joint interview with her twin sister, Nikki Bella, on E! News, Brie, 38, recalled trying to promote a new business by connecting with DiCaprio, 47.

“Our close friends Carlo Mondavi and his fiancé Gio, they started this electric tractor company and what they want to do for the environment is incredible,” the former professional wrestler, who is married to Bryan Danielson, explained on Thursday, January 13.

The message read: “Leo, this would be huge for not only the environment, but especially farming.”

The Total Bellas star admitted that she didn’t hear back from the Titanic star, adding, “I thought that would’ve really got him. And then it didn’t. So Leo, if you’re listening, DM me back!”

Meanwhile, Nikki, 38, revealed that she also made an attempt to connect with a celebrity to silent results.

“I can’t even believe I’m going to say this story,” the Dancing With the Stars alum shared, noting that the encounter was “embarrassing” for her. “So, I did really feel like there was a period of time that Kourtney Kardashian was having a really hard time. You know when everyone [was] against Kourtney?”

As viewers watched Kourtney Kardashian at odds with her sisters Kim Kardashian and Khloé Kardashian during a March 2020 episode of Keeping Up With the Kardashians, Nikki tried to offer some support.

“I don’t even watch their show but there’s a few things I saw [and] I’m like, ‘I think she might be really affected,’” Nikki explained. She then revealed the message that she sent: “Hey. I think you may be having a really tough time, and I want you to know I feel you!”

The Poosh founder, 42, didn’t reply to the DM, which Nikki saw coming, saying, “If she did see it, she probably was like ‘Who the eff is this girl?’”

During the season 18 premiere of KUWTK, Kourtney and Kim, 41, found themselves in a physical fight when they didn’t see eye to eye about their individual approach to working. The altercation prompted Kourtney to take a break from filming the reality TV series, which aired for two more seasons before wrapping up early last year.

Everything the Kardashians Have Said About Their Upcoming Hulu Show

The famous family later announced that they would continue to document the ups and downs in their lives with a series set to be released by Hulu. The Skims founder teased that although fans could expect to see her eldest sister on the show — she wasn’t sure if that included Kourtney’s now-fiancé, Travis Barker as well.

“I honestly haven’t talked to them about it, but I’m assuming because he’s such a big part of Kourtney’s life that hopefully they will be on,” Kim explained on The Ellen DeGeneres Show in September 2021. “I love their relationship. They’ve grown so much together. To think that they’ve been neighbors and friends for almost 15 years — neighbors for, like, a decade.”

At the time, the beauty mogul also reflected on how much had happened since cameras last filmed her family.

“I will say this is the longest we haven’t filmed for,” she said, adding that they hadn’t filmed for between six and 10 months. “It’s crazy how since we’ve had this free time, all of the stuff that’s gone on — whether it’s, like, this relationship, or Kourtney’s relationship, or whoever’s. It’s, like, people have had this free time off and had these beautiful new relationships blossom, and it’s gonna be really fun and interesting to see filming dynamics and us back together.”

Us later confirmed that Barker’s October 2021 proposal was filmed for the new show.