Family of boy, 12, taken to hospital with Covid-19 symptoms is left devastated after he is diagnosed with leukemia and told he could ‘die within weeks’ without urgent treatment

The family of a 12-year-old boy have been left devastated after he was tested for coronavirus but turned out to be suffering from cancer.

Cody Lockey from Darlington, County Durham, was taken to hospital on Monday, July 27, when his mother Lisa Marie Harry suspected he had contracted Covid-19 after he developed a high temperature and cold-like symptoms.

The schoolboy was also complaining of pain in his groin and hips for three days and so his concerned mum took him to be tested for the virus.

Although he tested negative for Covid-19, the family were stunned to discover Cody actually had acute lymphoblastic leukaemia – an aggressive cancer which targets white blood cells. 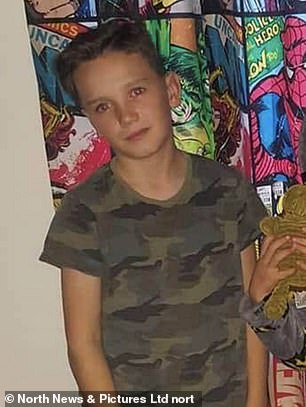 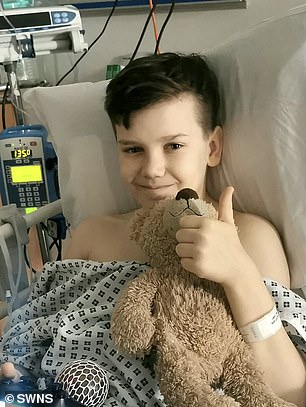 The family of Cody Lockey from Darlington, County Durham, have been left devastated after he was tested for coronavirus but turned out to be suffering from cancer. Pictured right: Cody in hospital after being admitted on Monday, July 27

It has symptoms similar to coronavirus including tiredness, bone pain and fever.

Lisa, who has two other children, said: ‘Cody had been in pain for three days and when he came out in a fever I thought it could be Covid-19.

‘We took him to the hospital and the doctors said they didn’t like the look of his skin colour, because he was pale.

‘It is just horrible. We got a coronavirus test because I thought it was that at first as he had a temperature and was coughing, but doctors said it was cancer. 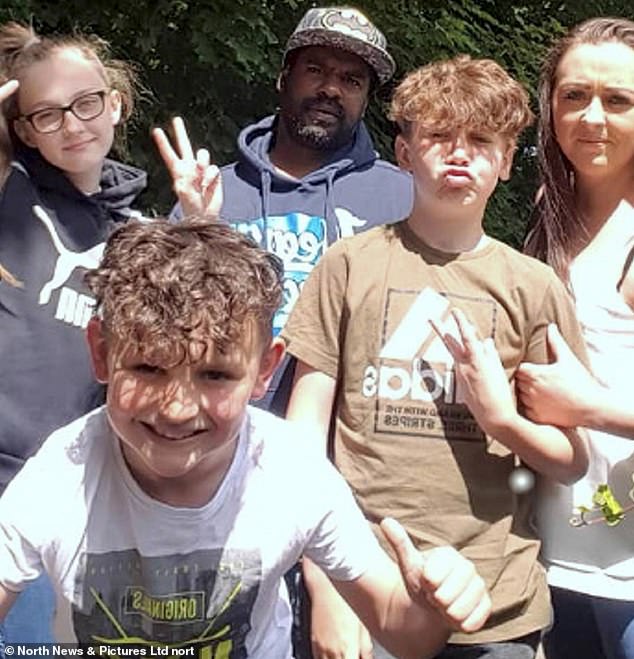 Cody was taken to hospital when his mother Lisa Marie Harry suspected he had contracted Covid-19 after he developed a high temperature and cold-like symptoms. Pictured: Cody (second from right) with his mother Lisa Harry, 31, brother Ceejay, 10, sister Mia, 13 and stepfather Errol Harry, 37

‘They said there were too many white blood cells. Cody’s bone marrow is jam packed with cancer cells which are stopping good cells getting through.’

Cody’s family were then told that he needed chemotherapy urgently, otherwise he could die within weeks.

Fortunately, cancer cells were not found in Cody’s spinal fluid but he still needed a blood transfusion and had to start chemotherapy on Friday.

Leukemia is a cancer of the body’s bone marrow, which is where the blood cells are made.

There are around 790 new cases of acute lymphoblastic leukaemia in the UK each year, and 5,930 in the US. 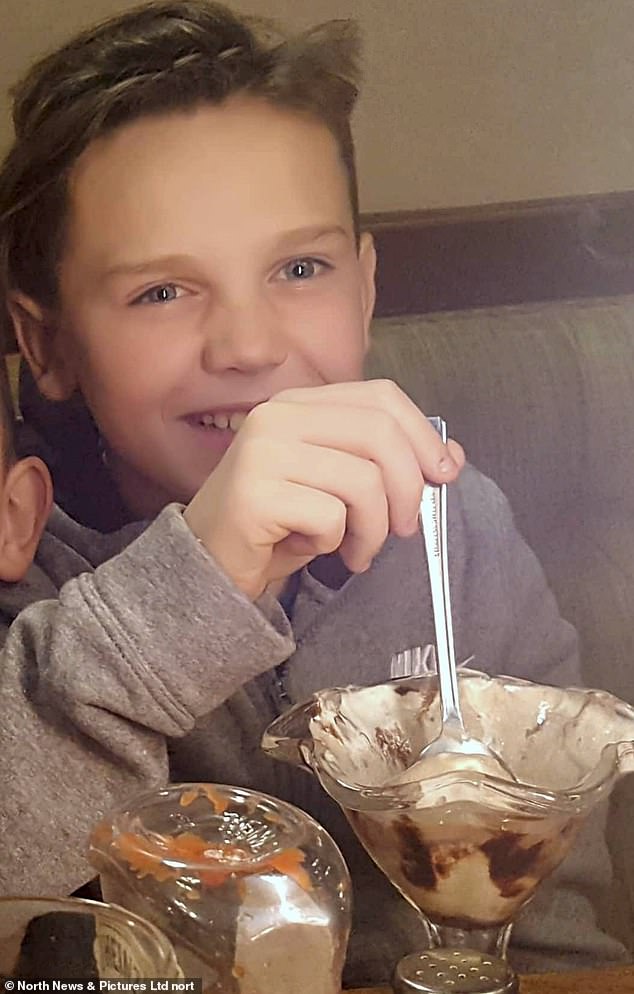 Lisa, who says she hasn’t had time to process the diagnosis, said: ‘I haven’t had time to think about it. In a way that is a good thing, I think we have caught it quite quickly.

‘I keep thinking back to that day and the nurses keep saying that I should pat myself on the back for responding so quickly – I had a gut feeling.

Lisa added: ‘I would just say to anyone, go and get checked out. Follow your instinct. Do not hesitate.’

Cody’s aunt, Nicola Ann Cook, said the little boy was scared he was going to die because her daughter, his cousin, died from cancer at the age of 32 two years ago.

She said: ‘Cody’s chemotherapy started on Friday as without it they have said he would only have weeks left to live. He is very scared but he’s being strong.

Cody’s aunt, Nicola Ann Cook, said the little boy was scared he was going to die because her daughter, his cousin, died from cancer at the age of 32 two years ago

‘His cousin, my daughter, died of bowel cancer two years ago aged just 32 so he was frightened he was going to die.

‘Cody is only 12 years old. He’ll be in the hospital until the chemotherapy starts working. Then no one is allowed in or out of the house for five weeks as he’s susceptible to infections.

‘Family members are all supporting the family as best we can via messages as we cannot visit because Cody and other children on the ward are extremely ill. Only parents can be there.’

His family, including Cody’s dad Richard Lockey, who rushed to his bedside from Norfolk, have been left devastated by the shock diagnosis.

The ‘cheeky but loving’ boy’s siblings are Ceejay, aged 10, who is not old enough to fully understand Cody’s diagnosis, and 13-year-old Mia, who is ‘very upset’.

The family have all offered to donate bone marrow if they are a match and if it is needed.

A GoFundMe page has been set up by Nicola to raise money for a trip for Cody who will be receiving chemotherapy for three years. You can donate to the page by clicking here.

WHAT IS ACUTE LYMPHOBLASTIC LEUKAEMIA?

Acute lymphoblastic leukaemia (ALL) is a type of blood cancer that starts from young white blood cells in the bone marrow.

Anyone can develop ALL, however, it mainly affects younger people.

Many ALL symptoms are vague and flu-like, such as:

Risks for developing ALL include exposure to radiation, smoking, being overweight and having a weak immune system.

Research suggests being breastfed and exposed to childhood infections may reduce a person’s risk.

The main ALL treatment is chemotherapy. Patients may also have radiotherapy, steroids or bone marrow transplants.