Jason Momoa drops in for a surprise cameo as “Saturday Night Live” gets extremely topical in an episode that earned a few boos and a lot of squirming discomfort from an uncertain studio audience.

Bill Burr took the reins of “Saturday Night LIve,” kicking off the night with a very topical and edgy monologue that carried through the rest of the evening.

This was one of the most pointed episodes of “SNL” we’ve seen in a long time, with some great satirical pieces that delved into almost every major issue facing America today. It says a lot when the political cold open is the show’s weakest point, and there was nothing about it.

“SNL” is one of the best agents of change this country has, utilizing comedy on a broad platform to really say something about the world we live in and force people to take stock of themselves and those around them.

And it can still find humor in the simplest of things, like somebody saying something wrong, because not all of our humor has to hit us over the head with a message. That said, it’s one of the most gentle and persuasive methods to do that. And as aggressive as Bill was in doing so in his stand-up monologue, we can’t help but wonder if his influence carried through the show.

As for that opener, we knew it was going to be Maya Rudolph’s Kamala Harris taking on Beck Bennett’s Mike Pence — and we knew they’d find some way to work Jim Carrey’s Joe Biden into it — but we were still a little surprised by just how wacky they were willing to go.

And yes, the breakout star of the VP debate certainly played a big … er, make that small role.

As usual, we’re ranking all the sketches from worst to first, including the Monologue, Cold Open, “Weekend Update” and any sketches that were cut for time but made their way online. We’ll skip the musical guests, because they’re not usually funny — unless Ashlee Simpson shows up. We wrap up with a look at the cast-member who had the strongest week. 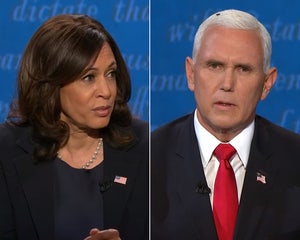 While we were hoping for a Jeff Goldblum cameo, we sort of got one in the way of footage from his classic “The Fly” film when the “SNL” political open went full sci-fi. The content of the debate between Maya Rudolph’s Kamala Harris and Beck Bennett’s Mike Pence was almost as boring as the actual debate, with softball jokes overlaying how things actually went.

Then things got really weird when Jim Carrey’s Joe Biden decided to teleport to the debate to save the day, only to wind up as the fly on Mike Pence’s head. By the end of the sketch we’d met the reincarnated fly that was Herman Cain (Kenan Thompson) and this sketch was officially off the rails. Carrey clearly was enjoying himself, ultimately playing Joe Biden half-transformed as a fly and half-transformed as Goldblum.

It was largely successful as an impression, and definitely more in line with the wackier sensibilities we anticipated when Carrey took on this role, but it wasn’t super successful as comedy. We suspected a “Fly” twist of some kind, but this whole sketch never found its groove completely or moved fully beyond strange and into genuinely funny.

Fake woke semi-celebs took a hard hit in this one with Beck Bennett as a not-well-known actor filming a powerful message to Donald Trump in the form of a rap … without a shirt on. In other words, it was a clout move from a desperate idiot more concerned about their own nascent fame than what they were saying.

Considering how often this appears to actually happen by those on the fringes of fame, Beck played it perfectly. We love that everyone in his circle was telling him the same thing, and even a fun cameo by Jason Momoa tried to drill home the same message. “I should take it down?” became Beck’s recurring motif in the sketch.

But after Jason called, any chance of him actually learning something went out the window and the facade of giving a shit about the world was lost as he declared, “It worked.” Not that Trump was out of office or that anything was going to change, but that Jason Momoa knew who he was. It was a brilliantly played take on all those pathetic  people exploiting real issues for personal gain. 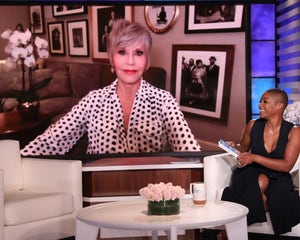 Jane Fonda Says She's 'Too Busy' For Sex at Age 82

This one was definitely a little aggressive, though only a real Bostonian could say if Bill Burr and Mikey Day crossed the line with their takes on an aggressive father-son duo at a commercial tasking for a new pumpkin-infused lager. It was pretty funny, though, regardless of where you’re from as the drink went over really well with almost everyone.

Don's Out of Date

How to sum up 20 years of social progress? Have Bill Burr’s gangster meet up with his gang leaders after 20 years in the clink and see just how fish-out-of-the-water he is. Once again, the envelope was pushed hard on racial insensitivity, LGBTQ insensitivity and the like with Bill’s character being about as politically incorrect as you can be, without being outright racist or homophobic or anything of the sort.

It’s another good example of how our words can have power regardless of the intent in our hearts. Racism isn’t always intent, it can sometimes be learned behavior that may mean nothing to you, but could mean a lot to other people. It’s about respecting someone else’s experiences and accepting that it can be vastly different than yours, but no less valid.

Comedy can be such a powerful took for education when used properly, and this entire episode has done a great job of really shining a light on various experiences in a way that could open some eyes. If nothing else, this sketch alone made it very clear that progress has been made, but there are still a lot of harmful learned behaviors out there. 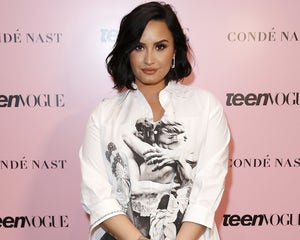 Demi Lovato Says This Movie Made Her Realize She's Queer

Michael Che took a lot of heat from the studio audience for just how dark he went in talking about Trump’s Covid diagnosis with three “he might die” jokes in a row. It’s definitely riding that edge of comedy, but not quite as effectively as Bill Burr did in his opening monologue. And he never outright said he wanted Trump to die — but he also didn’t say he didn’t.

Well played by both Colin Jost and Kate McKinnon, this one-note character broke the fourth wall and stepped outside of the bit (seemingly) to talk about all the uncertainty in the world. It was also clearly Kate just playing around and enjoying making Colin break, but it was an infectious kind of lunacy, which was also appropriate considering the subject matter. It humanized both players a bit more, even as it was all calculated — though we’re pretty sure not tightly scripted.

Once again, the audience wasn’t sure if they should laugh or be offended — and we’re not sure if it’s more a statement on them, the times or the jokes — as Jost and Che cracked jokes about Orthodox Jews burning masks, Goldman Sachs saying Biden would be better for the costume, McDonalds breakfast bakery items causing diabetes and even a police horse sex sting. The jokes were funny, but the boys were definitely pushing things this week.

Pete Davidson dropped by to talk about J.K. Rowling’s TERF controversy, and surprisingly did not go as hard on this one as seemingly everything else on the show at this point. But he did admit he was having fun. He did reiterate the idea that her goblins might represent the stereotype of Jews running the banks, and said he regretted getting a Potter tattoo, but didn’t really take any big swings or land any big comedic punches.

Sometimes a simple premise works, if the players commit fully to it. Kate McKinnon and Bill Burr definitely went all in as a couple who hadn’t been out of the house in six months reconnecting with old friends and saying a few things wrong.

It’s a simple mistake often made, but it was their reactions to being corrected that brought out the best in everyone. It was also nice to see Chloe Fineman slide into a more traditional sketch role, playing Kyle Mooney’s significant other, while Kenan Thompson tried to convince Ego Nwodim to stop correcting BIll and Kate before they destroyed everything in their embarrassment.

Social interactions are sure to be awkward as people emerge from their Covid cocoons and attempt to be “normal” again, though hopefully not this awkward. And yet, there was a gentleness and a sweetness behind all the chaos, too; the supportive love and impressive patience of friendship.

“Take out your grandparents. Take out your weak cousin with asthma. I don’t care. There’s too many weak people. It’s a dream come true. If you’re that dumb and you wanna kill your own family members, by all means do it.”

Bill did not pull any punches with his stand-up monologue, going after white women for hijacking the “woke” movement, and even Gay Pride Month for getting 30 days of June while Black people are stuck with 28 overcast, miserable days in February. He was definitely challenging a 2020 “woke” audience that wasn’t sure if they should be offended or trying to cancel him — and yes, he talked about that “culture,” too.

We believe that comedy is important still, and it should still challenge us. And we think Bill did a good job of sliding up to that line with sensitivity and grace and humility as a white man who knows it was his kind of person leading the charge of oppressing pretty much everyone for centuries. But we’re sure he still managed to offend a whole swath of people. 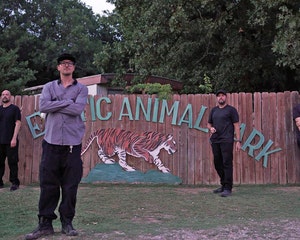 Why the Ghost Adventures Crew Is Investigating Joe Exotic's Zoo

This time, “SNL” took a deep dive into the ongoing protests against systemic racism with a great comedic edge as Bill Burr, Ego Nwodim and Kenan Thompson portrayed three sports-show anchors. While Bill had set up a series of elaborate jokes in the wake of the Bears victory, Kenan and Ego revealed how challenging it is to focus on football in the wake of ongoing violence against Black people in this country.

The segment did a great job of balancing the seriousness of their concerns, getting that message out there, will Bill’s growing discomfort not only in the elaborate gags he’d pre-planned, but in the fact that not only did he know nothing of Kareem Jenkins — a real victim of violence — but he couldn’t even be bothered to remember his name moments after the other two had said it.

It was a perfect way to represent how differently it lands with white people than with people of color. And there’s no indication that Bill’s character is supposed to be awful or racist or anything other than an ordinary white person. But that’s enough for him to be experiencing life in this country so differently that the stories of Black victims just hit differently — if they resonate at all.

PLAYER OF THE WEEK

Ego Nwodim is coming into her own even more in her first season as a main cast member, with several great performances, but she never really got the chance to break loose. Beck Bennett was also solid on the night, bringing it as Mike Pence and even more as a fake/woke actor seeking clout.

But this night has to go to Kate McKinnon who not only held the debate together with a pretty spot-on impression of Susan Page, she played it beautifully as an embarrassed woman after saying “unpresidented,” and took us all on a wild ride with her Dr. Nowdis bit on “Weekend Update.” 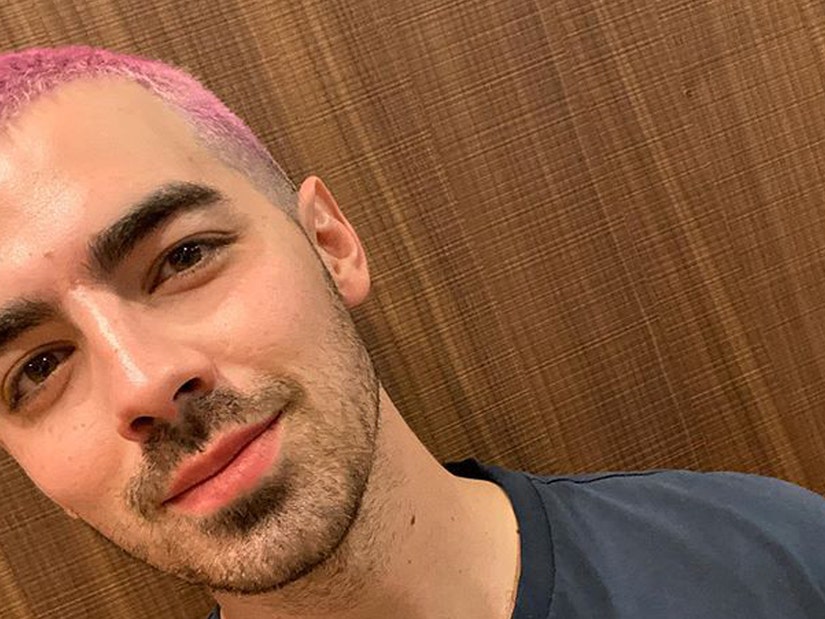