STUDENTS can open a specially tailored bank account during their time at University.

Many students will have now received those all-important results that are sending them off to Uni – so sorting out Student Finance is the next big step. 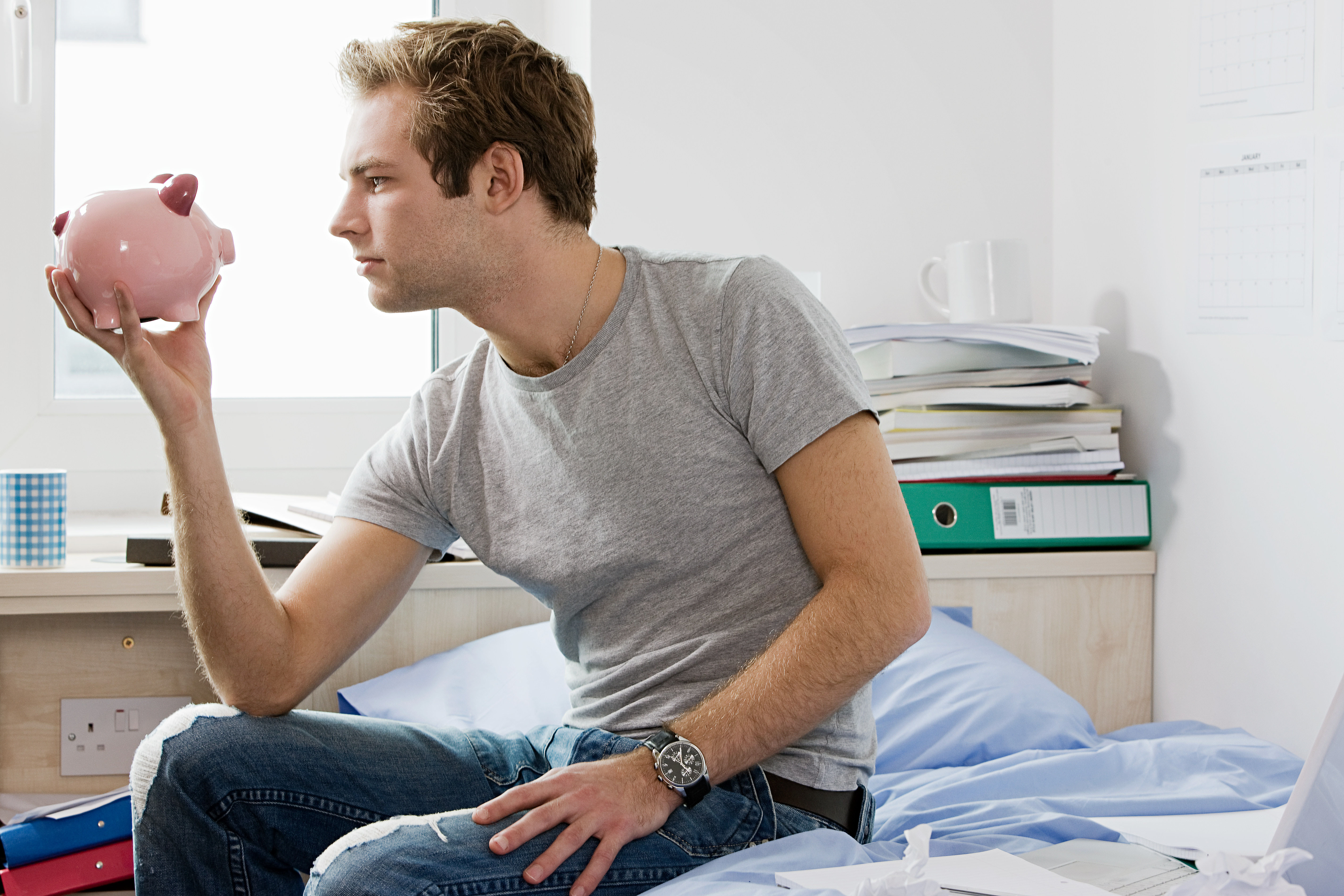 Currently, student account providers are battling it out for the top spot, with many offering tempting perks in time for the new term beginning in September to tempt customers in.

We explain all you need to know about how to apply for a student account, and what the best deals on the market are at the moment.

Moneyfacts has revealed that the most generous overdraft tariffs this year are with Nationwide Building Society, HSBC and Barclays, as the banks are offering up to £3,000 interest-free.

This year two banks are offering a free cash incentive upon opening too, plus a variety of other offers are being flogged too.

The financial comparison experts said that it's important to study all the packages before you commit.

Rachel Springall, finance expert at Moneyfacts, said: “Student account providers have not held back with tweaking perks this year, which are enticing and could save students some cash.

“The pandemic’s impact may have caused some anxiety amongst prospective students who are preparing to live away from home for the first time in their lives.

"If they have money concerns, they would be wise to speak with their family and friends for advice in the first instance, but also take some time to find a decent student account to stand by them during their years of study. "

Moneyfacts also advises students to take advantage of free mobile apps to budget and keep an eye on expenses on the go.

If you're a student in the UK you can set up one of these accounts.

Usually you're provided with a larger overdraft limit than a normal bank account – with some going up to £3,000 without interest.

After you graduate you still have to repay everything you have borrowed and interest may kick in on graduating.

Plus, you might face additional charges if you go over the overdraft limit.

If you think this might happen, you should speak to your bank immediately, as it could hurt your credit rating and ability to borrow in the future.

Most student accounts require you to be either over 17-years-old or over 18, and you’ll need to have been accepted onto a full-time UCAS course at a UK institution lasting at least two years.

You can't get one if you already have another student account set up and you will need to be a UK resident.

Check the eligibility criteria for the account you are applying for if they have any additional requirements too.

What perks do accounts offer?

Different banks and building societies will offer freebies to tempt you into opening their account and not a rivals.

This could include discount cards, cashback offers or subscriptions.

But you want to keep in mind if the overall package is worth it and you shouldn't go for the account just because of the freebies available.

What are the best student accounts at the moment?

We've rounded up the student accounts with the highest interest-free overdraft limits and the best perks to help you decide which one you might go for.

However, you can still get its popular Railcard offer which would usually cost you £30 to buy for a year or £70 for three years.

The four-year 16-25 Railcard is offered for new customers and it's completely free of charge meaning you won't have to splash out on your own card to get discounts on journeys.

The Railcard offers a third off the price of train journeys but you'll need to make sure you carry it with you when you travel.

You can also earn up to 15% cashback from selected retailers like Costa and Just Eat, and get preferential rates, offers and discounts at Santander's 123 World offers and rewards scheme.

From your first year to your third year at university you can get up to £1,500 in your overdraft.

HSBC has launched a variety of new perks this year too.

You can get £80 in cash once you open a new account, plus the choice of a £20 Uber Eats voucher or a year of unlimited next-day delivery with ASOS Premier – which would otherwise cost you £9.95.

You can get the perks when five debit card transactions have been made within the first month of opening the account.

Nationwide won't apply any charges for using your debit card abroad which is great for anyone planning a gap year or trip away between studying as well as placement year's abroad.

NatWest is launching a new student account which will offer £50 cash which you can get within 10 days of the account opening.

The bank offers a free 24/7 emergency cash service as well as other immediate perks.

You can also get a free tastecard which would usually usual cost £34.99 per year.

The tastecard is valid for four years giving 50% off food or two for one meals, plus offers on entertainment and shopping.

NatWest is offering a more generous overdraft within the first few years of study, so students can get up to £2,000 after their first four months at uni.

After that they can still get up to £2,000 in overdraft spending for their remaining years as a student.

With Halifax you'll be able to get cashback extras like earning up to 15% cashback from selected retailers like Co-op and Sky.

You can also round up your card payments when you spend and put the change into your Halifax savings account with the Save the Change option available.

There's also a credit interest of 0.10% AER, and you can have an interest free over draft of up to £1,500 for every year you are studying.

With Lloyds account it's free to register for Everyday Offers and It's On Us.

You'll be able to earn up to 15% cashback from selected retailers like Costa, Sky and Hilton with the account as well.

But you'll only be able to go up to £500 for the first six months of your degree, going up to £1,000 between the seven months and nine and the full amount is available after 10 months.

With a Barclays student account you can earn cashback through Barclays Cashback.

Blue Rewards is available as an add-on for £4 per month too.

As a perk of opening the student account you'll get a free 12-month subscription to the online library Perlego.

That's available from September 20 this year until December 31, so you'll only have the first term of your course to redeem the incentive if you choose to open an account with Barclays.

Usually the subscription would cost £96 a year so you can save nearly £100 on resources for your course.

TSB is the only brand to offer a generous credit interest rate of 5% AER.

You'll also be able to get up to £1,500 in your overdraft during the first year, but it will only be £500 for the first six months before raising to £1,000 by month nine and reaching the full amount at the end of the year.

After that you can get up to £1,500 for the rest of the time you are studying.

With the Royal Bank of Scotland you can get £500 in no interest overdraft limits during your first term.

After you've stuck that out you're then entitled to up to £2,000 for the rest of your time at Uni.

Extra perks from the bank include £50 cash as a joining perk and a free Tastecard that lasts for four years.

Normally the card would cost £35 a year, although you can currently get two months for free, and it entitled you to 50% off pizza delivery and more.

You can also withdraw up to £130 without your card every 24 hours at a Royal bank of Scotland ATM, as long as it’s within your daily withdrawal limit.

Slightly different to the Royal Bank of Scotland, this account entitles you to up to £1,500 in Years 1 to 3 of zero interest overdraft loans.

You can also get a free TOTUM card for three years which works handily as a student discount card and as a proof-of-age ID card too.

Sorting out your finances for Uni can be daunting so we've got the low down on everything you need to know about student loans including which dates you can expect your payments.

Martin Lewis explains how to check if you’re due £100s back in student loan overpayments too.

That comes as one student was mistakenly offered just £3 instead of £3,000 in university loans error.