He’s got that hotline bling! Real Housewives of New Jersey star Teresa Giudice’s husband, Luis Ruelas, went all out for Christmas this year — by gifting her four daughters their own Cartier bracelets.

“Luis always goes big, and last year he also got us a Cartier bracelet,” Milania explained via TikTok on Sunday, December 25, showing off a bangle with the word LOVE engraved on it. “This year he, again, got us — me and my three sisters — this one.”

The teenager then opened up the gift box that showcased a gold and diamond studded bracelet with a vertical circle in the center. The jewelry seemingly comes from the Cartier Juste un Clou collection, in which bracelets range from $3,400 to $52,000.

“Thank you so much, Luis you’re literally the best ever,” Milania gushed about her stepdad.

In October, Luis exclusively opened up to Us Weekly about taking care of the Turning Table author’s little ones — and remaining amicable with their father, 50, following his and Teresa’s nuptials. 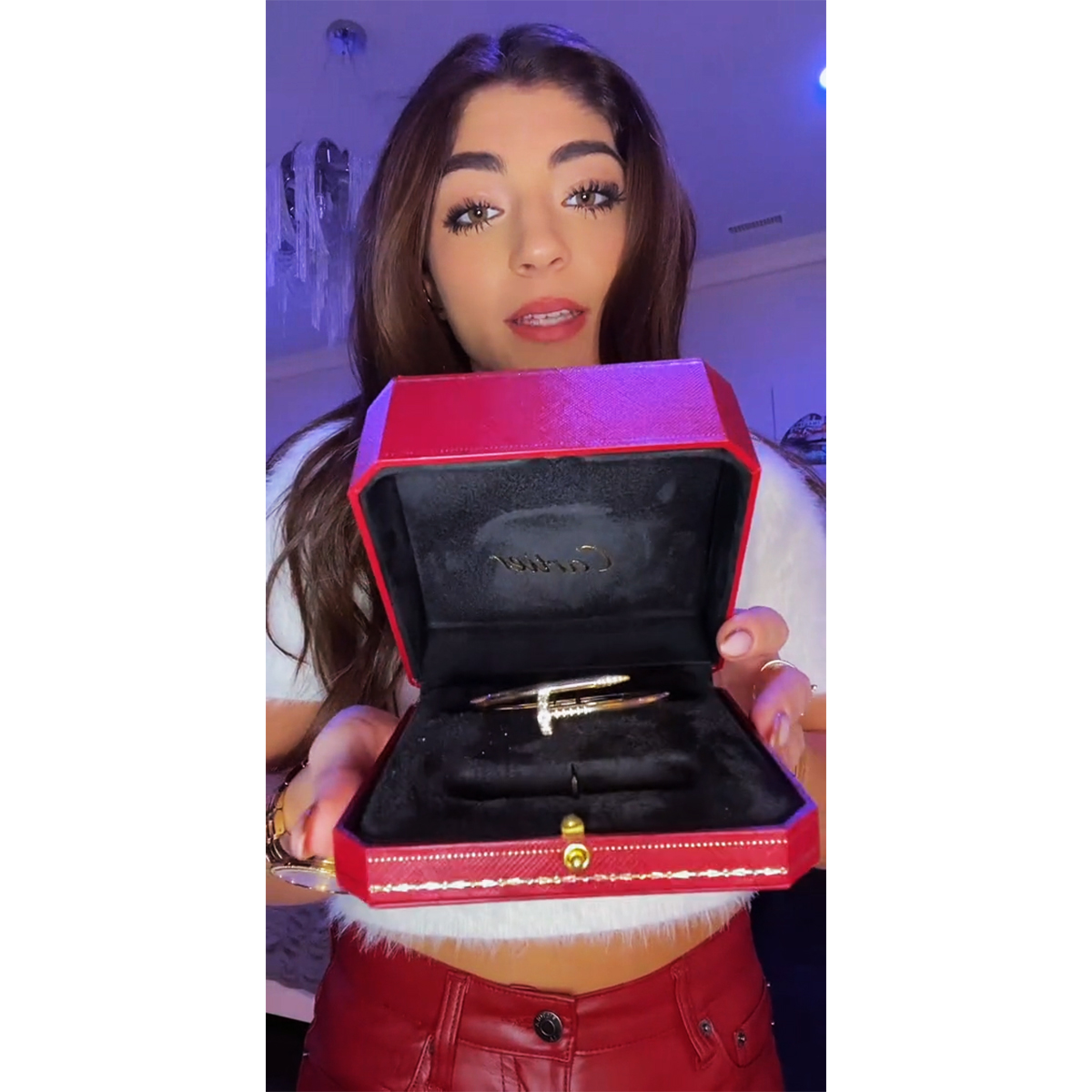 “I spoke to Joe, actually, [on] the day of the wedding,” the businessman shared. “Called him to let him know that, you know, I’m committed to his daughters and committed to Teresa.”

Luis recalled telling the Italy native, “You and I have a bond to be able to talk about anything that goes on with the kids. You know, [like], ‘I’m here.’ So, we’re really good.”

Teresa, for her part, echoed her husband’s sentiments, explaining that during a visit to the Bahamas, she and Luis had dinner with Joe before picking up one of her girls.

‘The Real Housewives of New Jersey’ Season 13: Everything We Know

“I was, like, so nervous. But you know, we had the best night,” she told Us. “It made the children so happy.”

Luis and Teresa tied the knot in August after two years of dating. While the Bravo star’s ex was not in attendance, Luis told Us that Joe gave the newlyweds a gift by being so supportive of their union.

“The gift is peace, and the gift is what he gives the girls every day. Because honestly, you know, that’s truly a guy that’s making lemonade outta lemons,” the Digital Media Solutions cofounder said of Joe, who was deported to Italy in fall 2019 after serving three years in prison for fraud. “Because, like, he’s not with his daughters, but he’s so connected to his [girls].”

Last month, Teresa revealed that Luis took his bond with Joe to the next level by inviting the father of four on vacation with them.

“We’re going away and my husband asked [Joe] to come with us,” she said.  “He did it for my children, which I thought was so amazing. … [But] it’s a little complicated ‘cause he has to fly. He can’t fly directly from [the] Bahamas to where we’re going. So, we’re trying to figure it out, but I’m like, ‘Babe, if it doesn’t work out, the gesture was so kind.’”

Joe, meanwhile, couldn’t be happier about Teresa finding love again — and shared with Us that he only wants the best for his ex-wife.

“She deserves all the happiness in the world,” the businessman told Us in August about being “very happy” for the yoga guru prior to her tying the knot with Luis. “I think Lou is a good guy. Anything negative being said out there are just rumors that I don’t engage in. Until I personally discover otherwise, he’s OK in my book.”