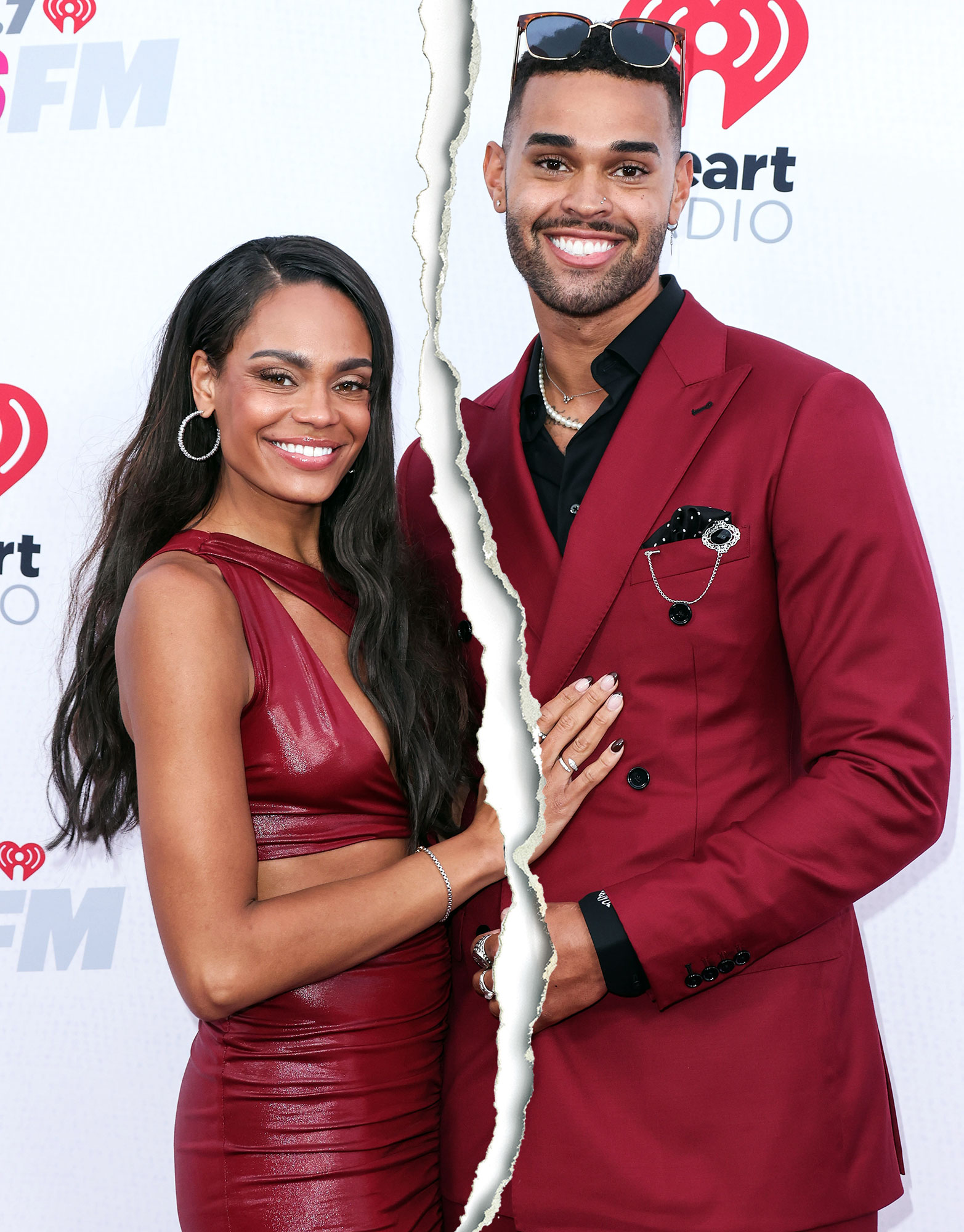 A wilted rose. After less than one year together, Michelle Young and Nayte Olukoya have called off their engagement.

Celebrity Splits of 2022: Stars Who Broke Up This Year

“To those who have supported Nayte and I, including Bachelor Nation, I know I speak for the both of us when saying having a relationship in the public eye has not been easy,” the former Bachelorette, 29, wrote via Instagram Story on Friday, June 17. “I’m struggling to say that Nayte and I will be going out separate ways but I stand with him in knowing the heaviness that is present in both our hearts as this relationship has been very real for us.”

The Minnesota native, who got engaged to the 27-year-old during last year’s season, added a sentimental note to her ex-fiancé: “To you, Nayte, you quickly became my best friend and the love I have for you is incredibly strong. I will never stop wanting to see you succeed.”

She continued her social media message: “I will always acknowledge and appreciate the adventures, support and growth both Nayte and this experience have brought me. At the same time, I’m deeply hurting and will need time and space to work through this heartbreak.”

The Canada native, who proposed during the December 2021 finale, also shared a statement via his Instagram Story.

Former ‘Bachelor’ and ‘Bachelorette’ Leads: Where Are They Now?

“Michelle and I are going to move forward separately,” Nayte wrote on Friday, noting the twosome are both private individuals and plan to grieve their split in the same way. “Hearts are heavy, emotions are high and we are dealing with this the best way we can.”