On Thursday, Ariana Grande shared a series of photos from her intimate wedding to Dalton Gomez on May 15, giving followers a first look at her stunning white dress by Vera Wang.

While fans of the pop star, 27, might have imagined her in a voluminous ballgown on her big day, the bride chose a much sleeker look, sporting a strapless silk column gown with an empire waist and plunging back for her nuptials.

Grande topped off the look with an Audrey Hepburn-inspired veil, complete with a dainty satin bow modeled after Jo Stockton’s in “Funny Face.”

She chose pearl and diamond earrings by Lorraine Schwartz to match her engagement ring — with one upside down as a nod to her “Sweetener” era and the less-sweet parts of her life, according to Vogue.

Her wedding band, which was designed by Gomez, is a “beautiful, tasteful platinum and diamond pavé band.” 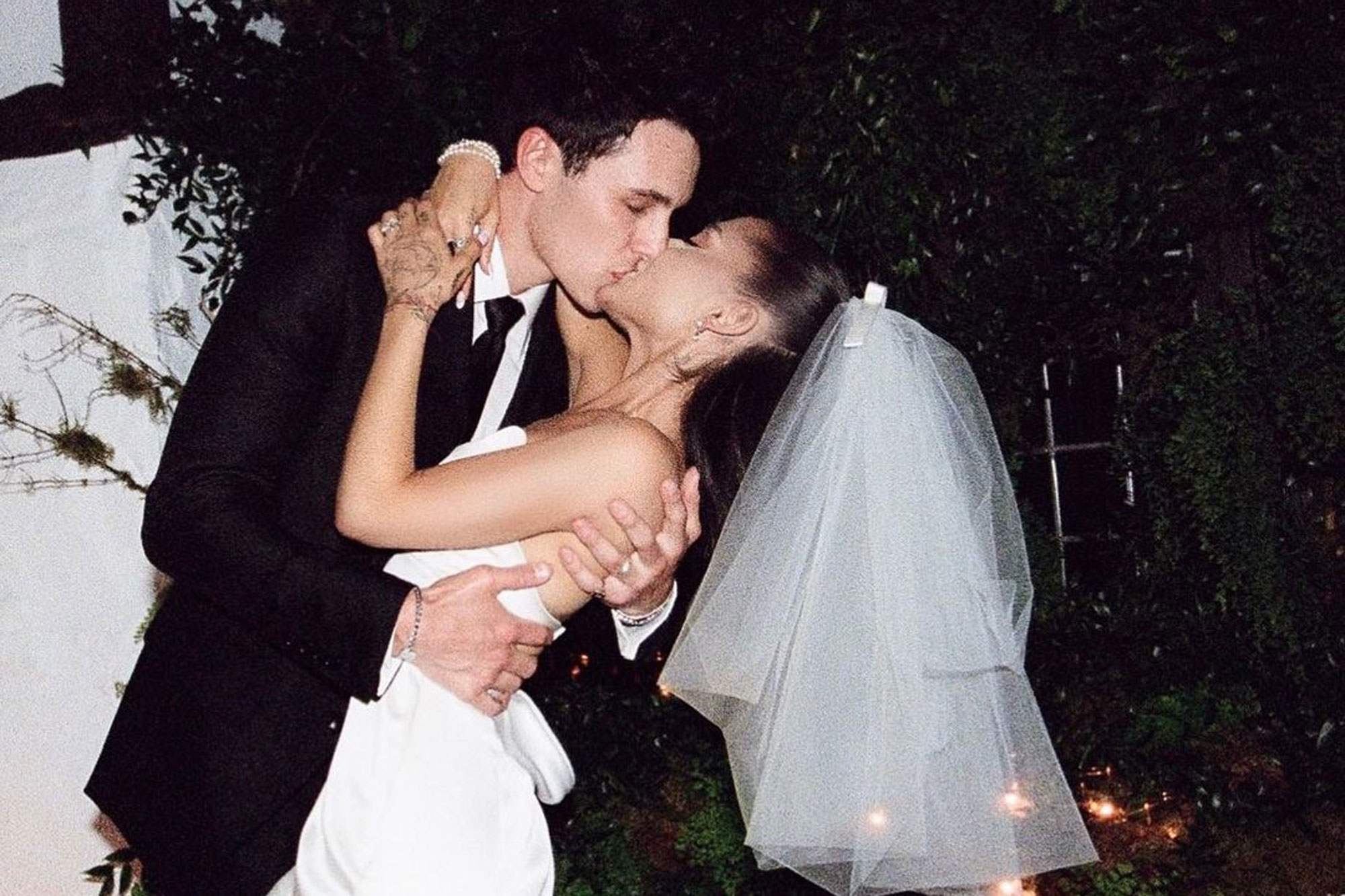 The groom sported a classic Tom Ford suit for the low-key affair, which took place inside Grande’s Montecito, Calif. home.

Wang previously dressed the singer for the 2018 Met Gala — and at the time, she made Grande promise to let her design her wedding dress when the time arrived, per Vogue. 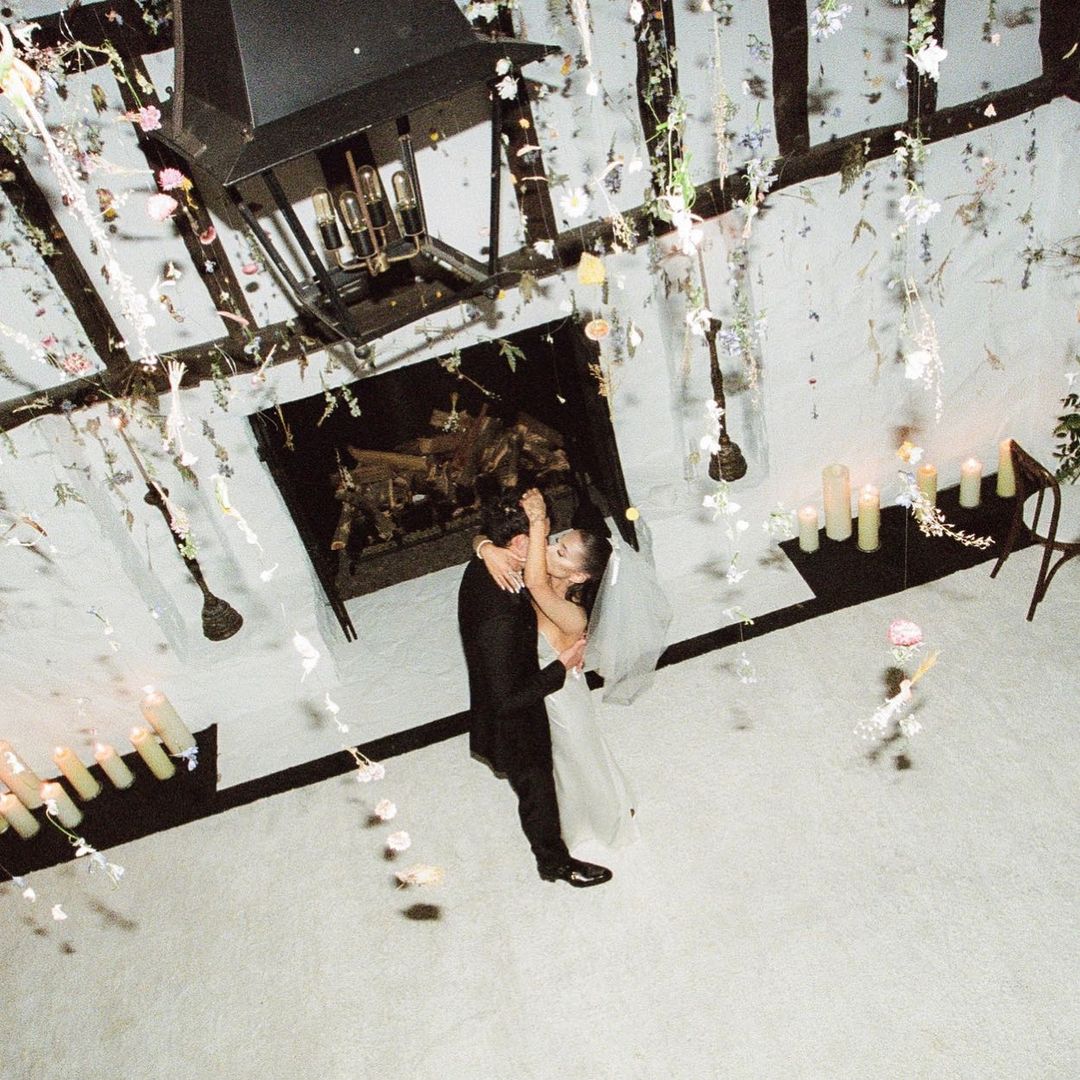 The ceremony was an intimate one; only 20 people were in attendance, including mom Joan Grande and dad Ed Butera, both of whom walked the bride down the aisle.

Gomez proposed to Grande in December 2020 after less than a year of dating. The “No Tears Left to Cry” crooner was previously engaged to “SNL” star Pete Davidson, but the pair called it quits in October 2018.