After enduring a shock mid-year slump, 2GB host Ben Fordham appears to have steadied his breakfast ship. The AM broadcaster again extended his morning lead in Sydney’s latest radio ratings. 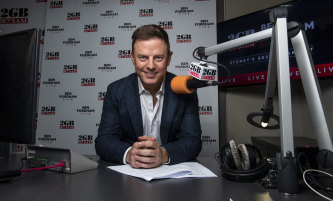 Tuesday’s ratings, the penultimate survey of the year, took in the periods August 15 to September 18 and September 26 to October 30.