A judge on Wednesday dismissed two jurors who had been seated for the trial of a former Minneapolis police officer accused in George Floyd’s death over concerns they had been tainted by the city’s announcement of a $27 million settlement with Floyd’s family.

Hennepin County Judge Peter Cahill recalled seven jurors who were seated before the settlement was announced last week, and questioned each about what they knew of the settlement and whether it would affect their ability to serve. Former officer Derek Chauvin’s attorney, Eric Nelson, had requested the recall.

The dismissal of only two jurors suggested the impact of the settlement on the jury pool was less than feared, likely reducing the chance of Cahill granting a defense request to delay the trial.

Cahill was careful to ask jurors if they had heard the news of the settlement without giving details, saying only that there had been “extensive media coverage about developments in a civil suit between the city of Minneapolis and the family of George Floyd” and asking if they were exposed to it.

The first dismissed juror, a white man in his 30s, said he had heard about the settlement. “I think it will be hard to be impartial,” he said.

“That sticker price obviously shocked me,” the second juror dismissed said. The Hispanic man in his 20s said he thought he could set the news aside, but wasn’t sure, and after a long pause, Cahill dismissed him.

Breaking : A second juror has been lost in the #DerekChauvinTrail after
Saying he was shocked by the size of 27 million dollar range of the city settlement with #GeorgeFloyd Family – down to seven jurors

Cahill retained five other jurors, including a Black man in his 30s who told Cahill he heard about the settlement on the radio Friday evening but could put it aside and decide the case only on evidence presented in the courtroom.

“It hasn’t affected me at all because I don’t know the details,” he said.

Jury selection had been proceeding faster than expected, with opening statements tentatively expected March 29 at the earliest, but the two dismissals could imperil that start date. Nine people had been selected for the jury before Wednesday’s dismissals; 14 are needed.

Nelson called the timing of the announcement in the middle of jury selection  “profoundly disturbing” and “not fair.”

Seven jurors remain, including four men and three women. Four are white, one is multiracial and two are Black, and their ages range from 20s to 50s. Fourteen people, including two alternates, are needed. 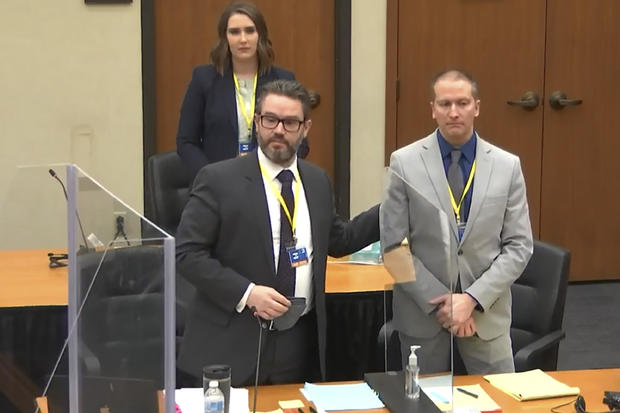 The first potential juror questioned as the process resumed Wednesday was dismissed after he said he would tend to believe a police officer’s version of events over that of a citizen.

CBS station WCCO-TV reports that another potential juror said he is Black and the criminal justice system is discriminatory toward people of color. He says he used to live near where George Floyd was killed.

Asked how he knows racism is an issue in America, he replied: “Being a black man in America, I experience racism on a daily basis.”

Chauvin is charged with murder and manslaughter in the May 25 death of Floyd, a Black man who was declared dead after Chauvin, who is white, pressed his knee against his neck for about nine minutes. Floyd’s death, captured on a widely seen bystander video, set off weeks of sometimes-violent protests across the country and led to a national reckoning on racial justice.

The judge said he will rule Friday on Nelson’s request to delay or move the trial and another to admit evidence of Floyd’s 2019 arrest in Minneapolis. Cahill previously rejected that request, but said he would reconsider after Nelson argued that new evidence makes it admissible: Drugs were found in December that year during a second search of the car Floyd was in, and were found in a January 2020 search of the squad car into which the four officers attempted to put Floyd.

During the first arrest, several opioid pills and cocaine were found. An autopsy showed Floyd had fentanyl and methamphetamine in his system when he died.

Prosecutor Matthew Frank argued that evidence from the 2019 arrest was prejudicial and an attempt to smear Floyd’s character.

Three other former officers face an August trial in Floyd’s death on charges of aiding and abetting second-degree murder and manslaughter.

The judge opened court Wednesday by  threatening to remove  a media pool and shut down a media center over some reporting on the case. Cahill was visibly angry as he described a pool report that included a reporter’s attempts to read notepads at the defense and prosecution tables, as well as describing security on the courthouse floor where the trial is taking place.

Cahill said any media that have posted details about security on the floor should take them down, and that failure to do so could result in them being kicked out of the media center. He did not name any reporters or media organizations.