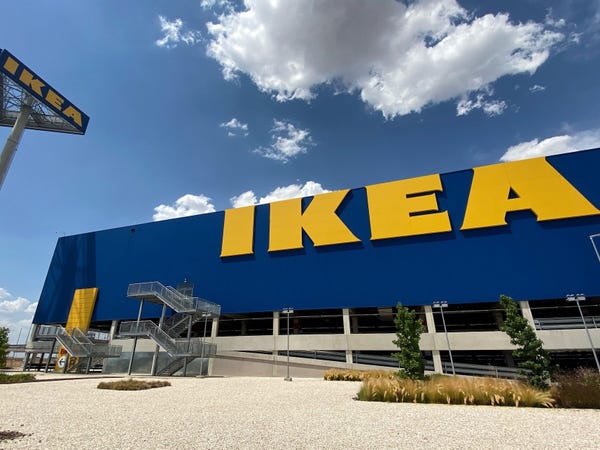 As one of the biggest home goods retailers in the world, IKEA has established itself a beloved brand for stylish and affordable furniture and essentials.

The Swedish retailer has experienced impressive growth in recent years as it continues to expand into new regions and territories. Today it boasts more than 300 stores in 38 countries and remains a go-to destination for people to furnish a home, while also munching on some of its famous meatballs.

However, with such a vast product assortment, it can be tough to identify the best bargains at IKEA. With that in mind, and with the help of a variety of expert reviews and blogs, here are 18 products to buy at IKEA and 10 products you should skip. 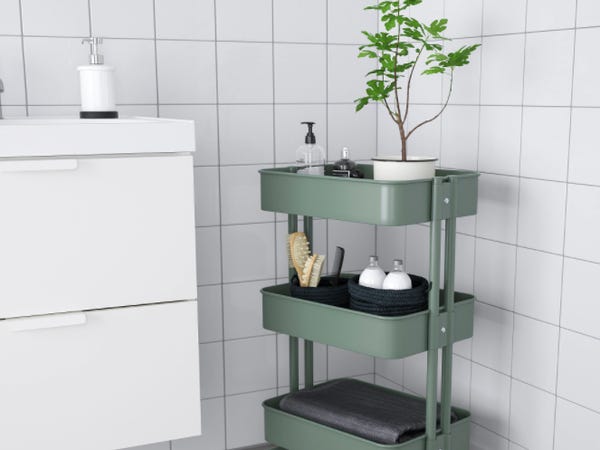 This cart is one of the most ubiquitous IKEA items across American homes, thanks to coming in a vast array of colors and its ability to be used in countless ways. "Use it as a bar cart, use it as storage in your bathroom, use it to hold plants—you name it," wrote House Beautiful's Brittney Morgan. 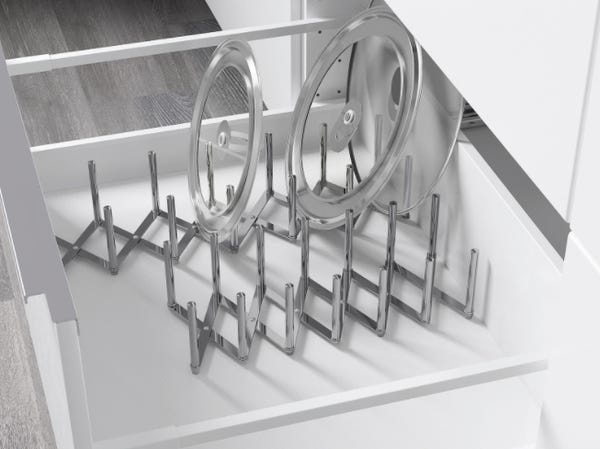 Keeping your kitchenware tidy and organized is no easy feat, but Saundra Latham of the product review blog Cheapism said this pot lid organizer is "genius" thanks to its ability to adjust from 3 inches to 20-inches long depending on the size of your cabinet.

"Happy owners say it holds lids of all sizes securely without causing unsightly scratches, and many report finding other uses for it, organizing cutting boards, crafts, and even mail," she wrote. 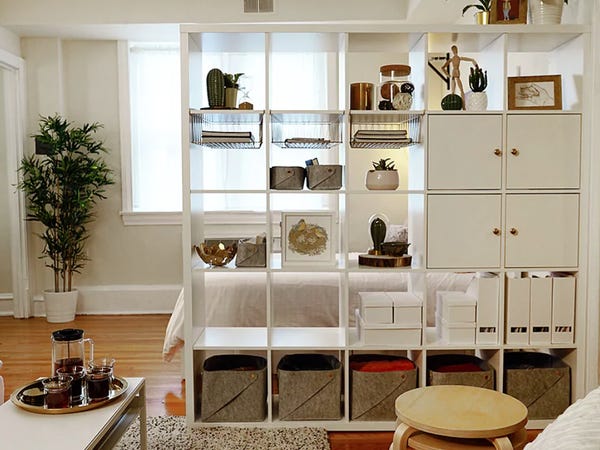 Another IKEA fan-favorite is the Kallax shelf, which is perfect for stacking and organizing, and finding inventive ways to divide a room and strategically gussy up a small space.

"This shelving unit is one of Ikea's most beloved products for good reason. The Kallax series has clean lines and infinite possibilities," wrote Cheapism's Saundra Latham. "Owners say the shelves are quite sturdy and they appreciate the number of compatible bins and inserts that can customize the cubbies." 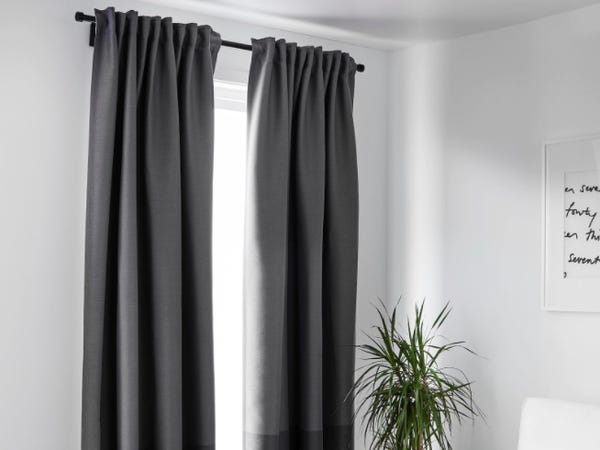 Wirecutter selected the IKEA Marjun blackout curtains as its budget pick for best inexpensive room darkening curtains, writing "they look nice, blocked more light in our tests than most, and they're less expensive than many we've tested." 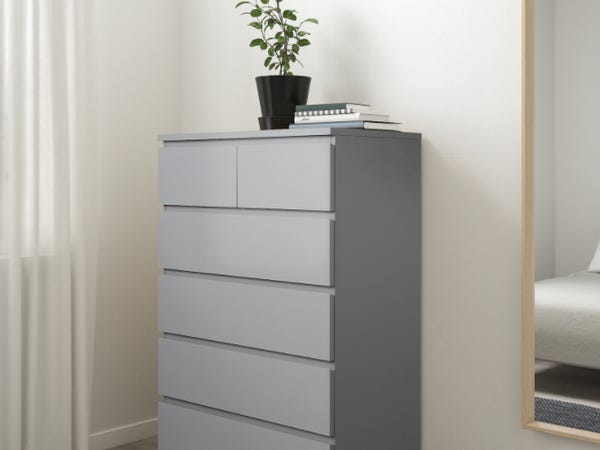 The Malm dresser is notoriously dangerous and has been recalled several times over the years due to multiple deaths of young children who were crushed when the drawers tipped on top of them. Definitely steer clear of this one. 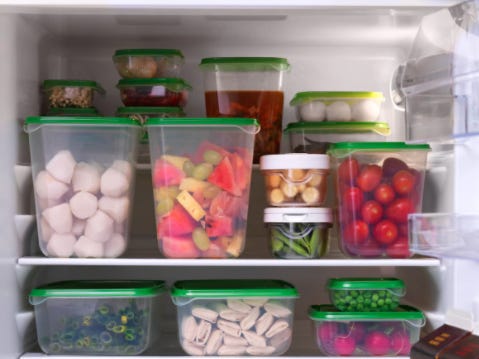 Honestly, one can never have too many plastic food containers on hand, given how easy they are to lose track of. Gear Patrol recommends IKEA's, which includes 17 containers in 7 sizes for just $16. 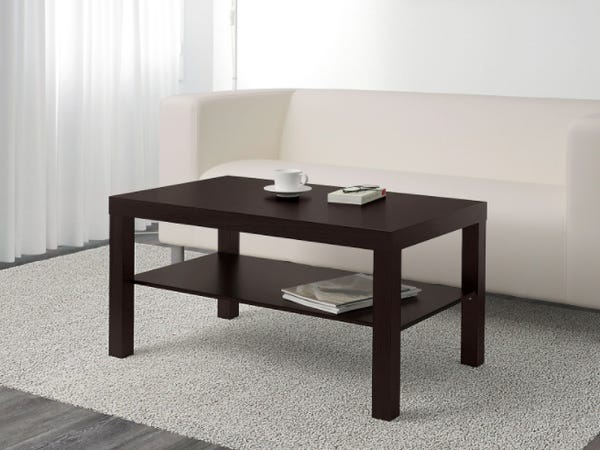 Though you'd be hard-pressed to find someone who hasn't gone through the "IKEA coffee-table phase of life," most reviewers recommend steering clear of the Lack, which is not only not particularly sturdy, but prone to quickly falling apart. 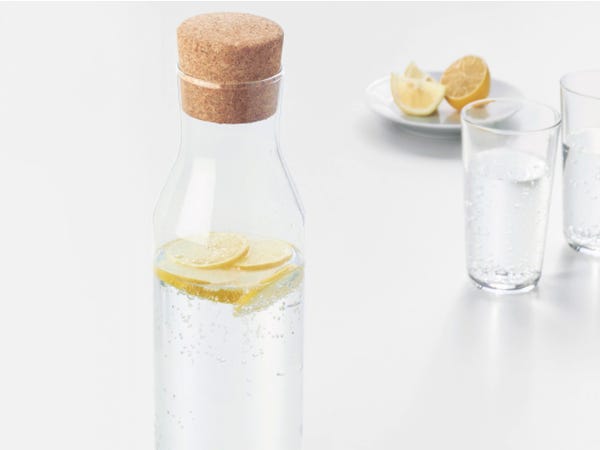 According to Gear Patrol, IKEA carafes set themselves apart from the rest thanks to its versatility and handy cork stopper, which not only allows it to be portable but also to store leftovers.

"Use it to store leftover coffee or homemade juice, and tack a piece of paper to the top with the date on it," wrote Will Price of Gear Patrol. "Hosting a party? Use thumbtacks and labels to identify the contents." 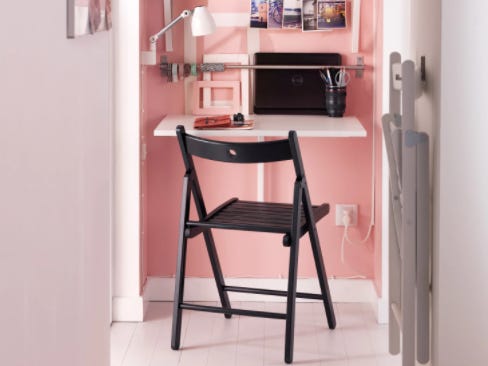 The Terje folding chair is not only $20 but comes in tons of colors and is easily stowed away when not in use as at a desk, dining room table, barbecue, or any general gathering of friends and family. Plus, Clever included the chair in its roundup of the best 50 IKEA items available online. 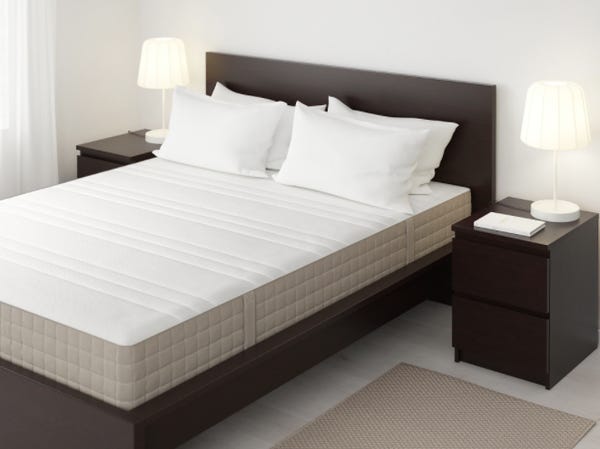 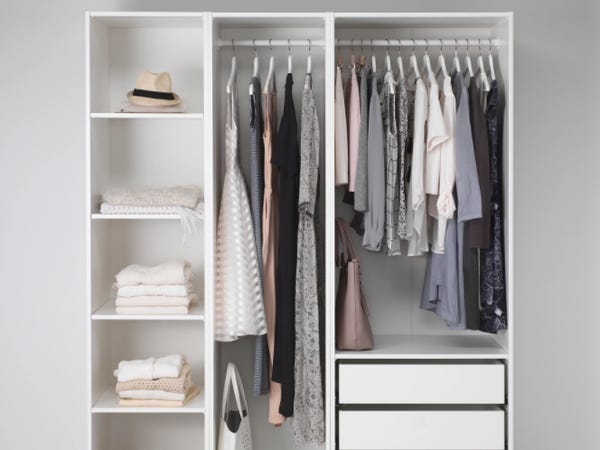 While you're at it, Cheapism also recommends not buying the Pax wardrobe, which may look aesthetically pleasing, but has "tricky assembly, an inconsistent finish, and misaligned pieces" and is "unlikely to survive a move." 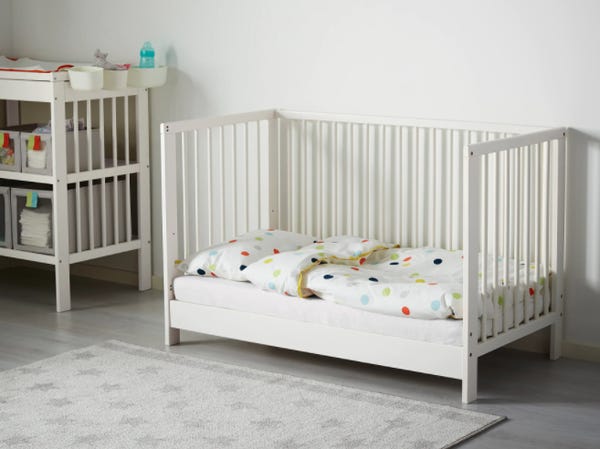 Apartment Therapy lauded the Gulliver crib for its affordability and its ubiquity on Instagram, where images of the crib were suddenly popping up all over American nurseries. 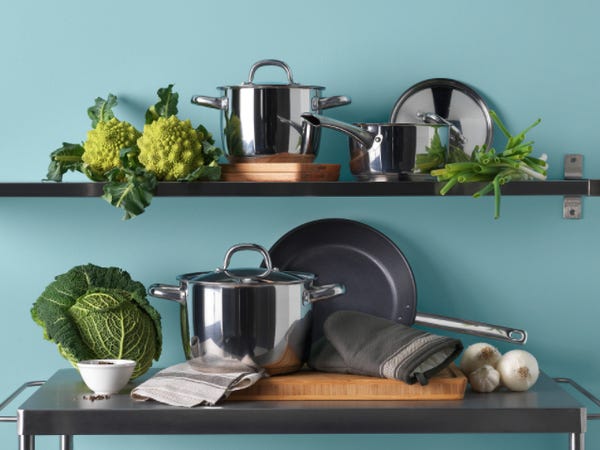 House Beautiful recommends its "time to run — don't walk  — to the store" for this bargain cookware set which for just $60 includes two pots, a sauce pan, a frying pan, and lids. 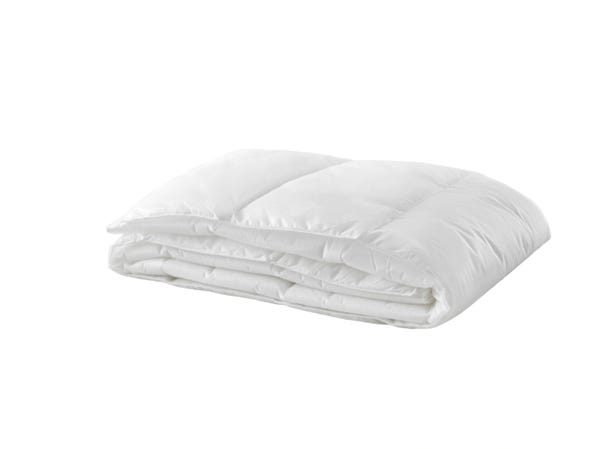 While extremely affordable, the Myskgräs comforter is universally disliked by reviewers and bloggers, who say the "fabric is scratchy, the comforter shifts around too much inside of its duvet cover, and the fabric proves to be far from durable," according to Ashley Moor of Best Life. 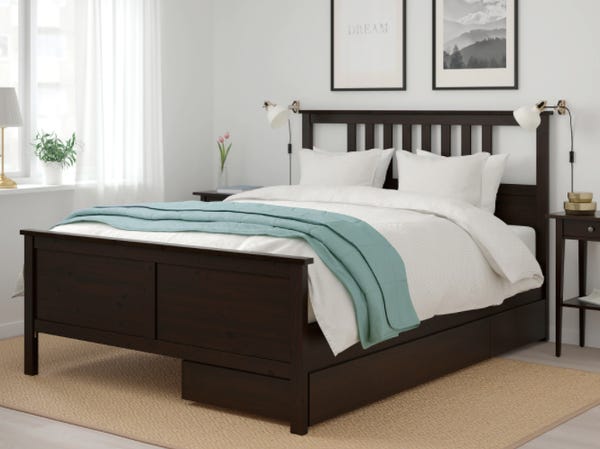 The Hemnes Bedframe is another example of the price being a bit too good to be true. According to Jenny Brown of Shareably, "the flimsy material can't handle much weight or movement."

"While the low price might draw you into this bed, it's not of particularly good quality, and it will likely fall apart after just a few months," Brown wrote. 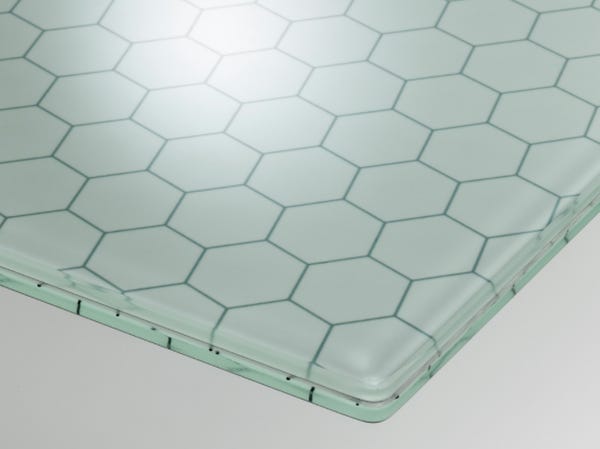 The Glashold tabletop has been reported several times to the Consumer Product Safety Commission after the product suddenly shattered and caused injuries. As Cheapism points out, even the IKEA product page states "a damaged edge or scratched surface can cause the glass to suddenly crack or break." Probably best to skip. 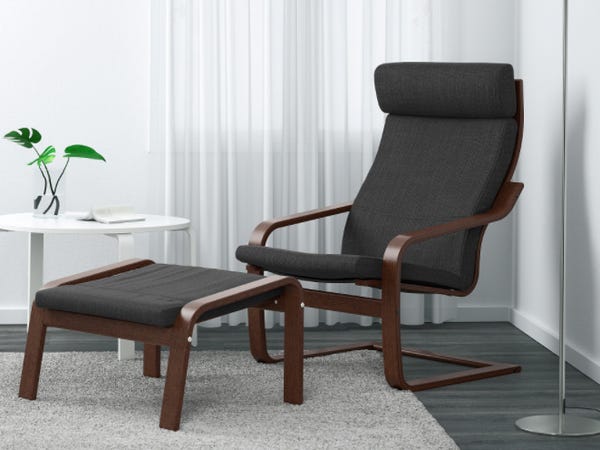 BestLife called the Poäng a "longtime stable" at IKEA due to its price point of just $99 and its ability to add " effortless style to any room in your home." 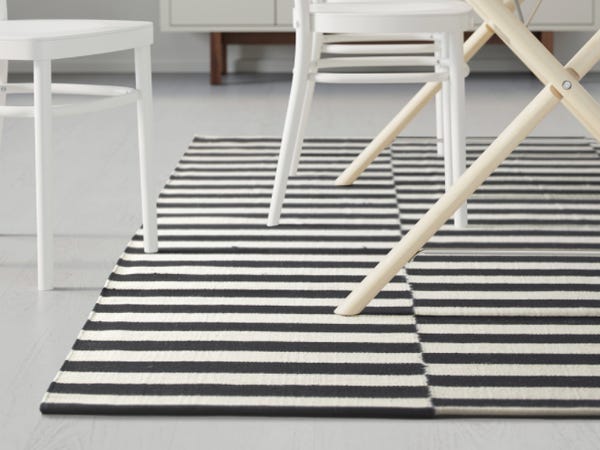 Wirecutter ranked the Stockholm rug as "the best cheap wool rug" on the market, calling it "the softest, nicest-looking large wool rug we've found for less than $300." 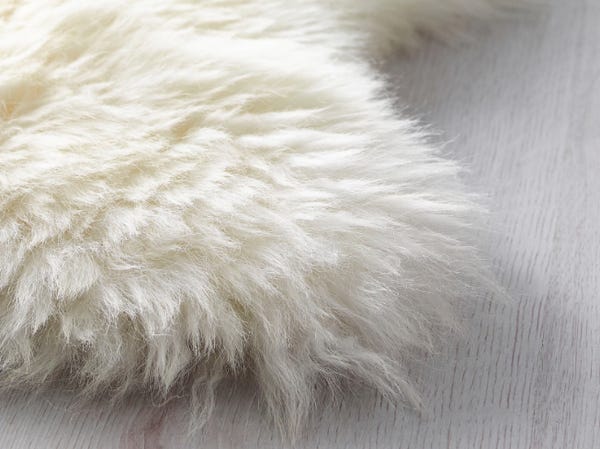 At just $30, reviewers say the Ren sheepskin rug is a steal for adding a bit of flare and whimsy to any space. "The Scandinavian retailer delivers with the Rens sheepskin, which can add instant coziness to a room as a rug, throw, or simple accent piece," wrote Cheapism's Saundra Latham. "Owners say it's as soft as it looks and a fantastic value for the price." 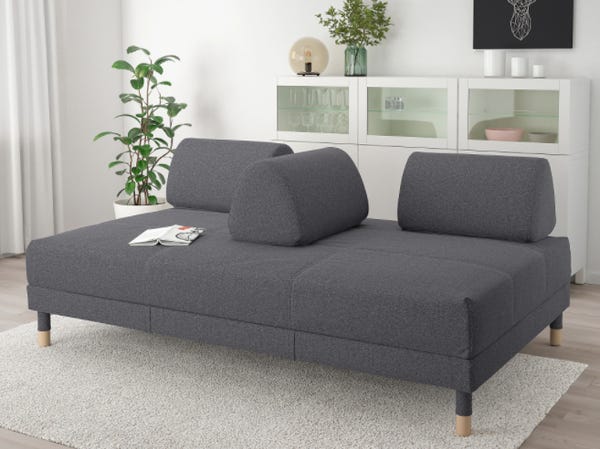 BestLife loves the Flottebo daybed, which it says is "perfect for the mid-century modern fan" and beats out its competitors with its $600 price tag. 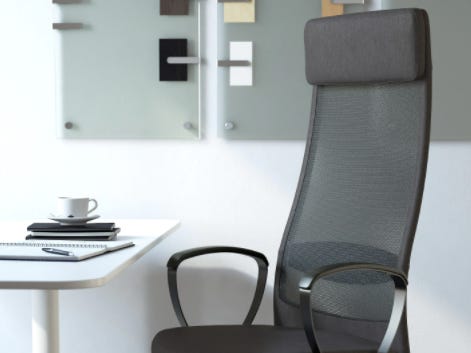 IKEA's office chair is among the most and best budget-friendly options on the market, according to Gear Patrol. "For sub-$200 at Ikea, you get a comfortable chair that'll adjust to your seating preferences so you can sit pretty for hours on end," wrote Gear Patrol's Will Price. 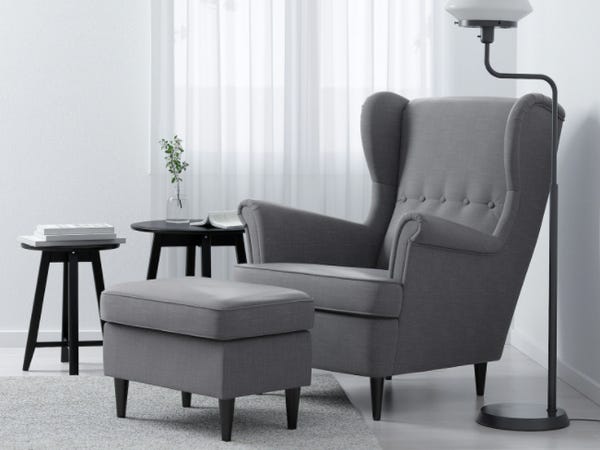 While you're at at, Gear Patrol also recommends the Strandmom wing chair, which is particularly appealing due to its machine-washable seat cover and its more than 200 5-star ratings on the IKEA website.

"Harkening back to Ikea's original 1950s design, it comes in eight great colors and patterns, from understated gray to a vibrant palm print," wrote Gear Patrol's Will Price. 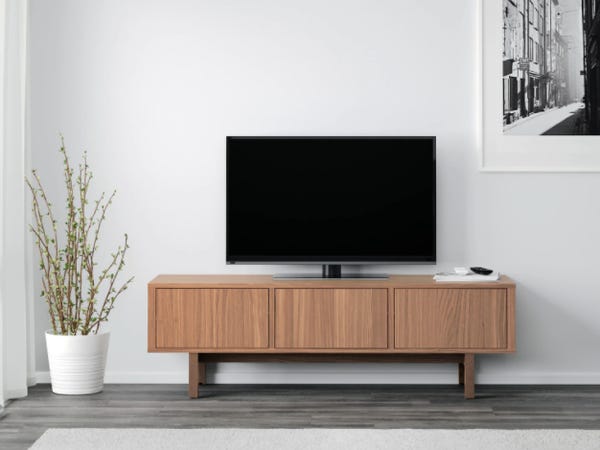 Price of Gear Patrol also recommends the Stockholm TV unit, which is sleek, stylish, and a great way to conceal "other bits and bobs so they're out of sight and out of mind," he wrote. 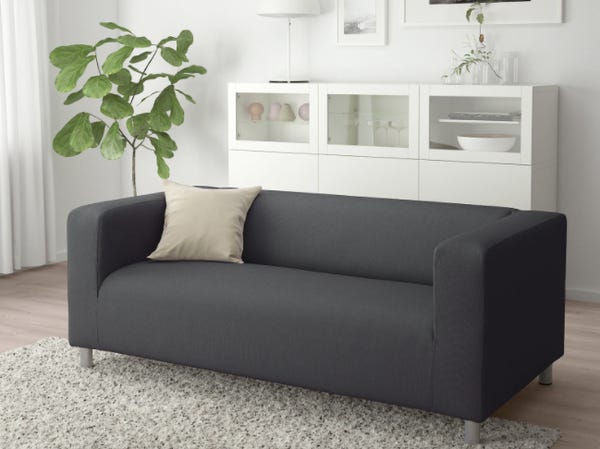 While Jenny Brown of Shareably said the Klippan Loveseat's appeal is largely that "it's modern, it's lightweight, and affordable," ultimately its downfall is that its just simply not comfortable, according to reviews.

"It's awkward to sit on and just plain uncomfortable," Brown wrote. "There are better options out there." 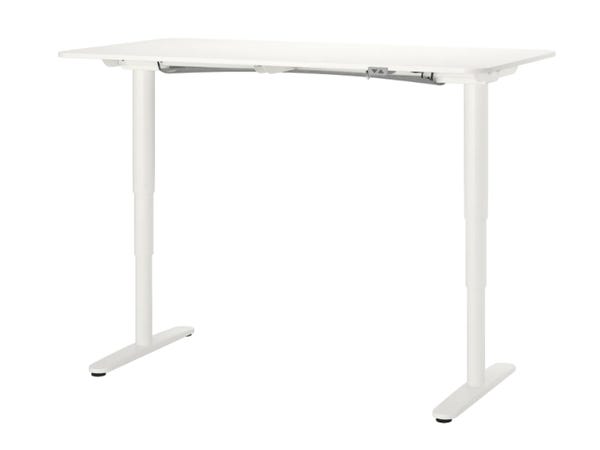 While seemingly a great option for your home-office, Brown of Shareably said they ultimately just aren't sturdy. "You may spend too much time tweaking your desk to make the adjustability worth it." 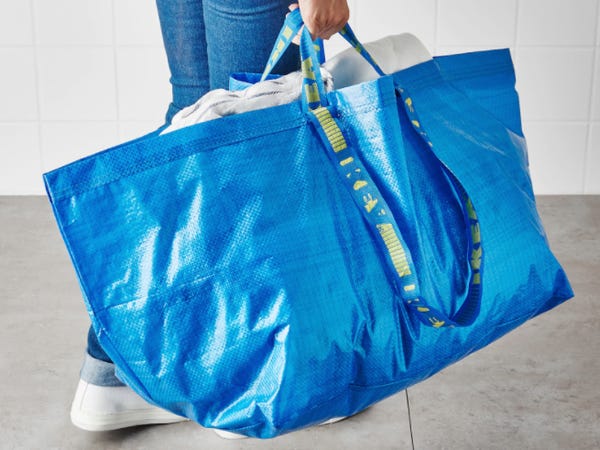 These beloved and iconic bags are just $1.49 and can stand-in for everything from a grocery bag to a laundry hamper. Reviewers and customers are largely in agreement that it's definitely worth the purchase. 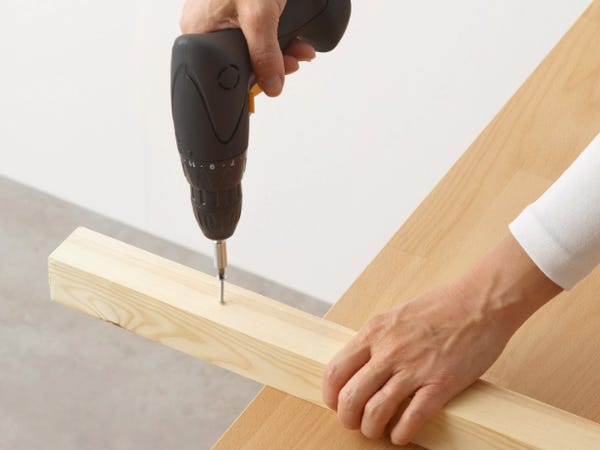 At just $20, the Fixa cordless screwdriver may seem like a steal, but reviewers are quick to dissaude. According to Latham of Cheapism, "several buyers complain that it just doesn't have the power to handle anything beyond the lightest of household projects," adding you're better off going to Home Depot or Lowe's. 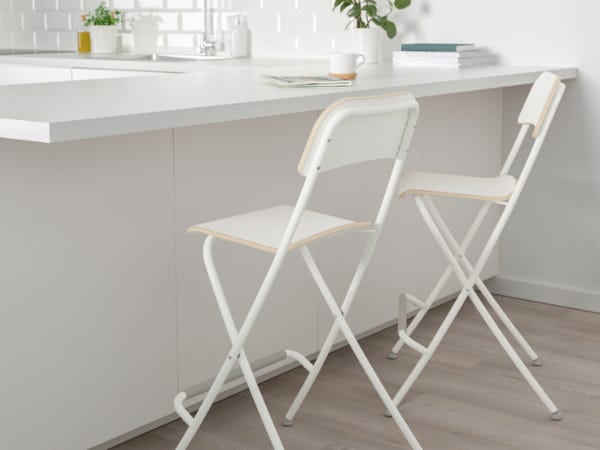 If you're looking to outfit your kitchen or bar with seating on the cheap, BestLife recommends the Franklin bar stools. "At just $30 per chair, you can add some streamlined, stylish seating to your kitchen or bar, without breaking the bank," wrote BestLife's Ashley Moor. "Plus, they come with a footrest and who doesn't love that?"