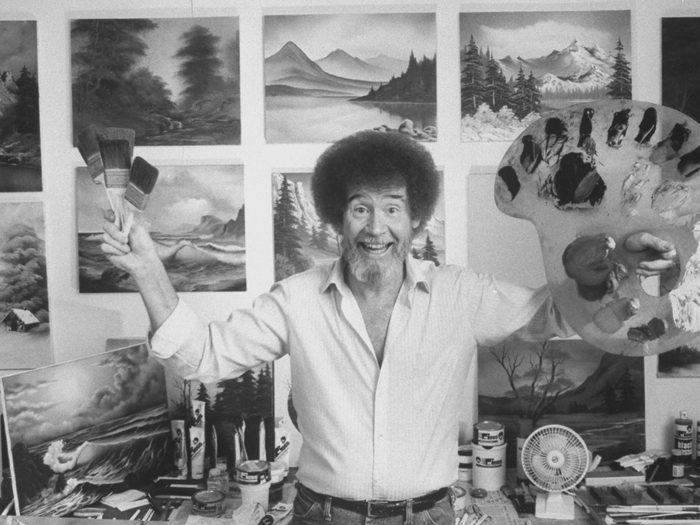 Bob Ross starred in the popular PBS instructional show "The Joy of Painting" from 1983 to 1994. 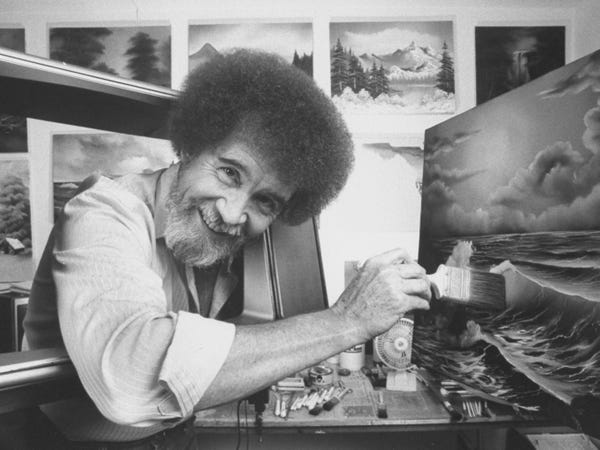 The show ended the year before he passed away.

Throughout his career, Ross was known for his calm demeanor and soothing voice. Though his main passion was painting, Ross also offered words of wisdom on life, success, happiness, and sadness.

Even now, on what would have been his 79th birthday, his advice on life offers confidence and reassurance that it’s OK to make mistakes because they’re just “happy little accidents.”

Here are 12 Bob Ross quotes that will brighten your day.

"You can do anything here — the only prerequisite is that it makes you happy." 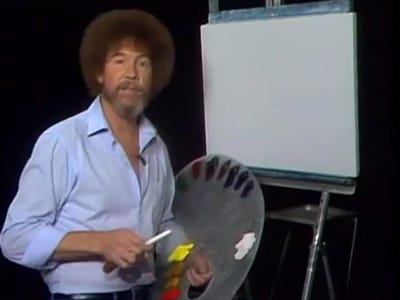 He also said, “You can do anything you want. This is your world.”

"Look around. Look at what we have. Beauty is everywhere — you only have to look to see it." 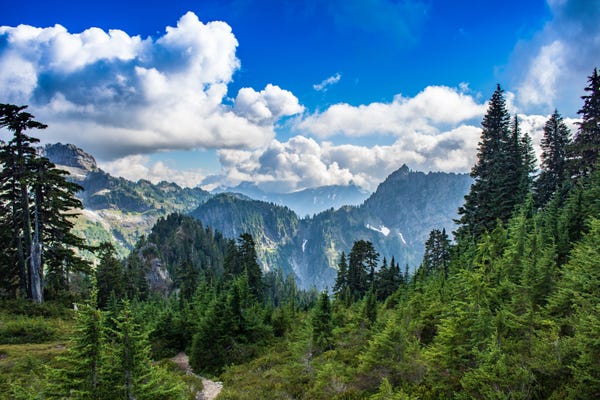 Ross believed in the beauty of the world, which he often depicted through his paintings of valleys, forests, and mountains.

"I really believe that if you practice enough you could paint the 'Mona Lisa' with a 2-inch brush." 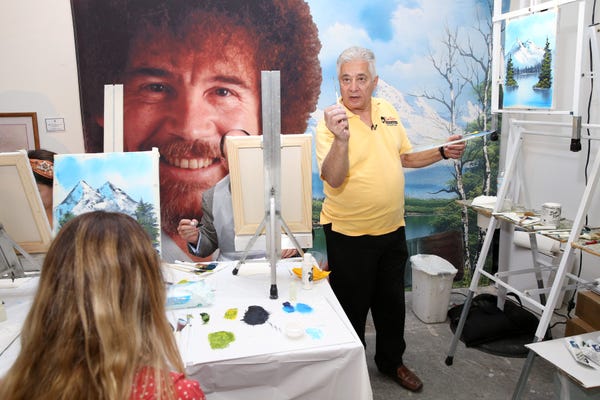 Ross believed that with enough practice anyone could be an artist. His entire show was about proving that point, but his words could also be applied to success in all aspects of life.

He also said, “This is your world. You’re the creator. Find freedom on this canvas. Believe that you can do it, ‘cuz you can do it.”

“You have to allow the paint to break to make it beautiful.” 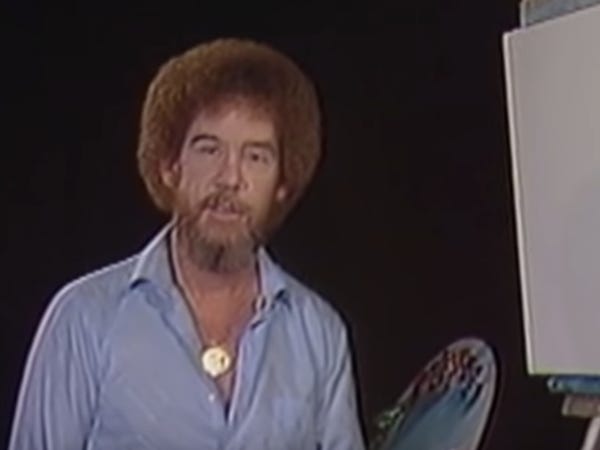 Ross’ quote speaks to the duality of good times and bad times, success and failure, winning and losing.

"Gotta give him a friend. Like I always say, 'Everyone needs a friend.'" 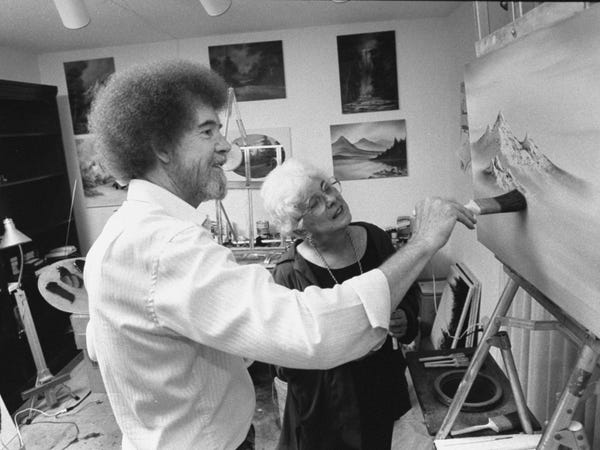 Ross believed that no one should be alone. On his show, “The Joy of Painting,” Ross would invite some of his friends to paint with him.

On the subject, he also famously said, “There’s nothing wrong with having a tree as a friend.” 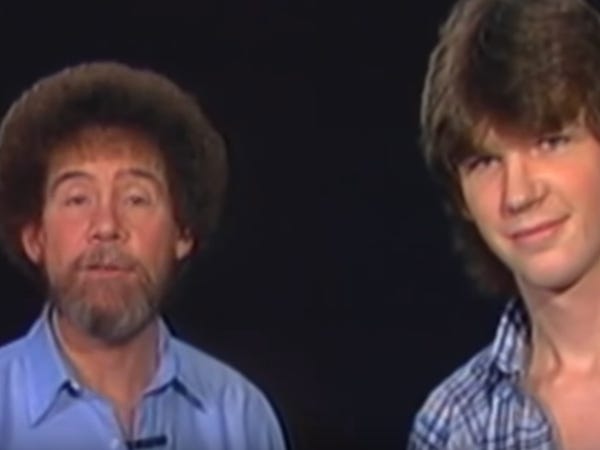 Ross, pictured with his son, believed in finding happiness in the small moments, especially when painting. He also said, “We want happy paintings. Happy paintings. If you want sad things, watch the news.”

“I guess I’m a little weird. I like to talk to trees and animals. That’s OK though; I have more fun than most people.” 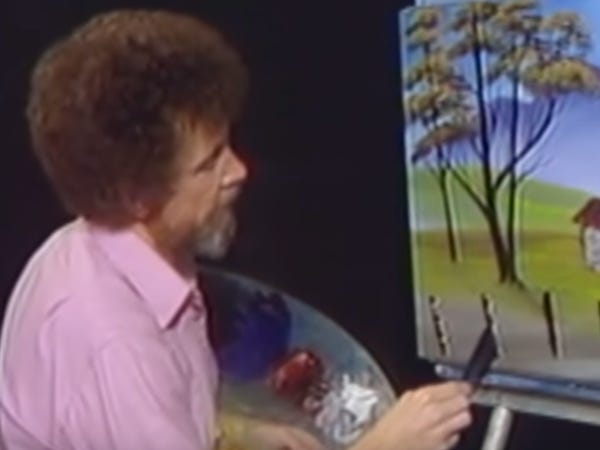 Most of all, Ross suggested people embrace their oddities and express themselves both on the canvas and in real life.

"If we're going to have animals around we all have to be concerned about them and take care of them." 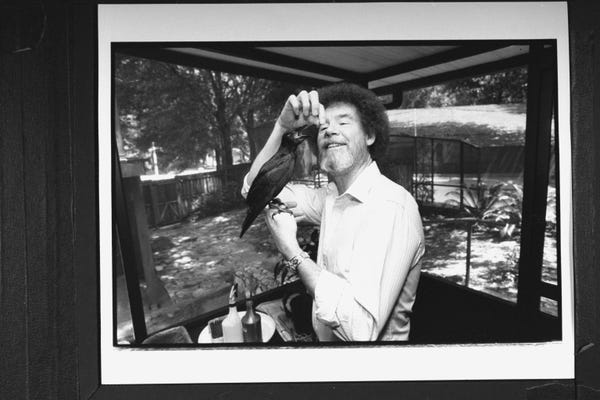 In this photo, he feeds a bird.

In honor of Ross, Michigan started the Happy Little Trees program that teaches inmates in correctional facilities horticultural skills and plants trees throughout the state. The goal is to repopulate state parks with thousands of trees.

"They say everything looks better with odd numbers of things. But sometimes I put even numbers — just to upset the critics." 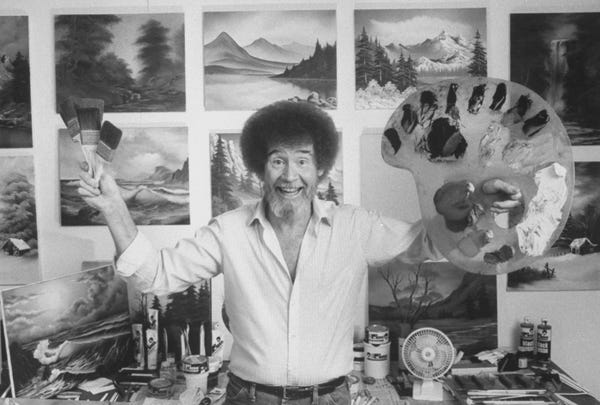 Ross’ quote speaks to doing things in your own way. 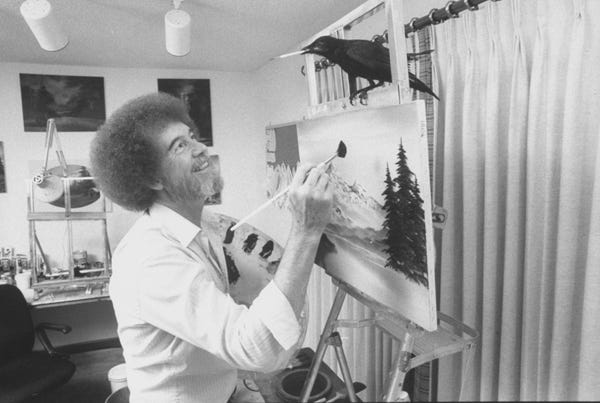 This is one of Ross’ most famous quotes. He believed mistakes were an opportunity learn and grow.