THE best part about moving into a new home is that everything is clean and tidy – or at least that's what you'd expect.

But for one woman, her outdoor patio wasn't exactly what she thought it was after discovering it hadn't been cleaned in a very long time. 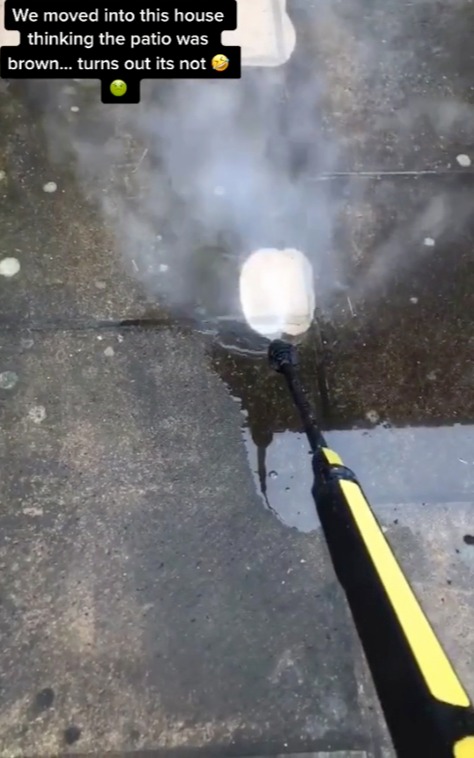 Rebecca Cappleman shared a video on TikTok showing her patio tiles which appear to be dark brown in colour.

She said: "We moved into this house thinking the patio was brown… Turns out it's not."

She decided to give the area a once over with her pressure washer, which revealed the true colour of the tiles.

Instead of the dark brown she once thought they were, she realised they were much, much lighter – and they were actually a light stone. 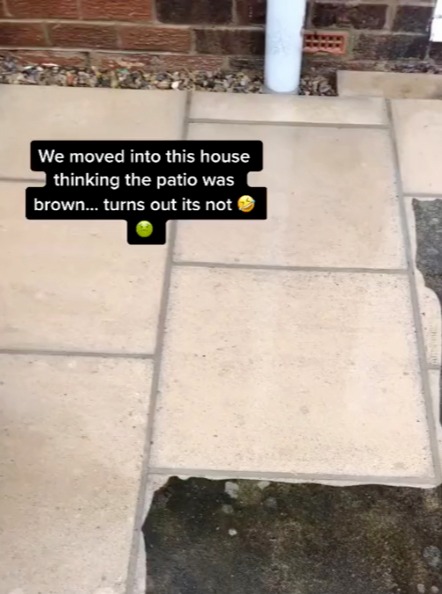 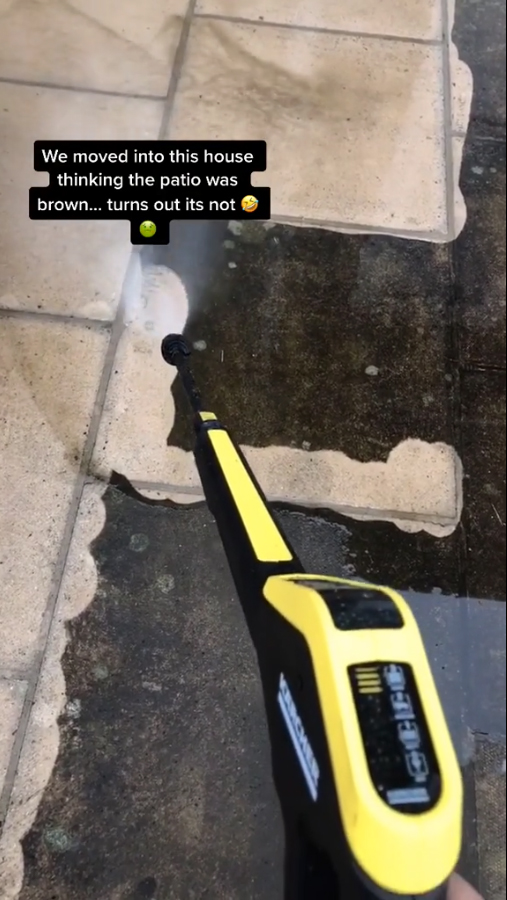 Under the pressure of the machine, you can see the dirt wash away to reveal the true colour, and it's so satisfying to watch.

"How satisfying," Rebecca wrote in the video caption.

And it seems others agree as the clip has racked up more than 40,000 views and thousands of likes.

Impressed, one person wrote: "Wow, I think I might need to borrow that pressure washer."

Another replied: "You have to post the end result now."

"OMG we literally did ours a few days ago and the same thing happened," A third admitted:

"That would have been so satisfying to clean" added someone else.

In other cleaning related news, we shared how a woman who tried everything to get her filthy patio tiles clean says £2 spray is ‘best money she’s ever spent’.

And this woman who tried everything to get her filthy tiles clean shared her 39p trick which left them gleaming.

Plus cleaning fans have revealed how to remove stains WITHOUT detergent – including clever washing liquid tip & DIY laundry tablet.