WHEN you've been on dating apps as long as we have, it's usually pretty easy to spot when someone is in a relationship and looking for a bit on the side.

For instance, they'll be the ones that NEVER want to give you their surname in case you track them down on social media and normally have the most flattering photos (which have normally been taken by their partners, obviously). 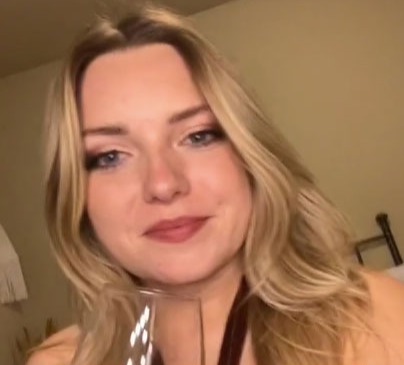 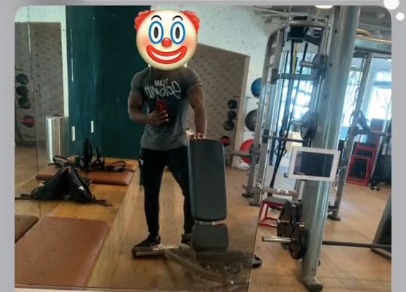 But every now and then, a cheater will slip under the radar – and it takes the most talented sleuths to expose them.

Earlier this week, TikTok user Hannah revealed the VERY sneaky way she found out her Tinder match had been lying to her.

In a viral video that's racked up more than 66k views, the singleton – who uses an iPhone – shared screenshots of her messages with the bloke.

Whenever he texted her back, the man's messages showed up in green – meaning he doesn't have an iPhone.

At first, it was the subject of a flirty conversation – with the bloke joking that he'll "join the blue gang soon".

A few days later, he sent Hannah a selfie he'd taken in the mirror at the gym – hoping to woo her with his physique.

How common is YOUR name? Clever tool works it out & reveals when you peaked 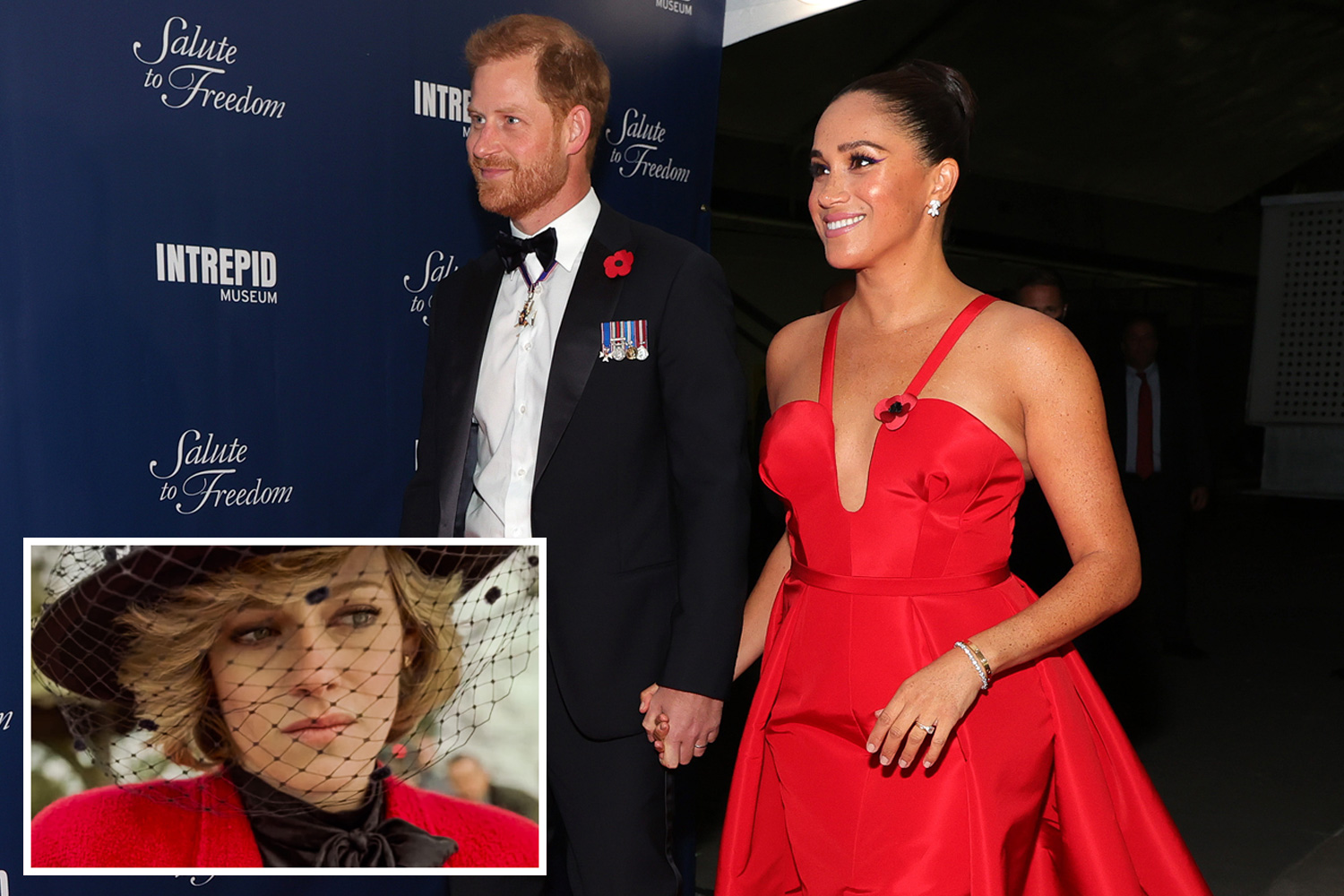 But on closer inspection, Hannah spotted that he was holding an iPhone in the photo – which led her to believe he had a second device to chat to women on Tinder.

She captioned the clip: [Public Service Announcement]: If you're cheating on Tinder and using a burner [phone], don't send a mirror selfie."

And if that wasn't enough, she then decided to quiz the man to see if he'd remember to lie about his second phone.

She asked: "What iPhone do you have? I need a new one."

Despite still using his other device, the bloke replied: "I have the 12 I think…" Awks. 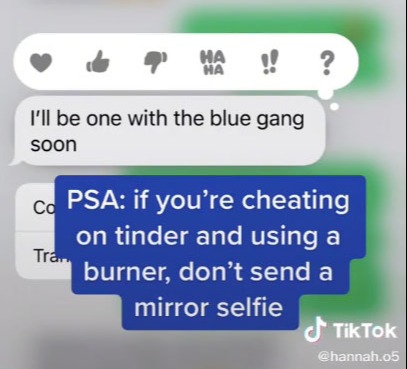 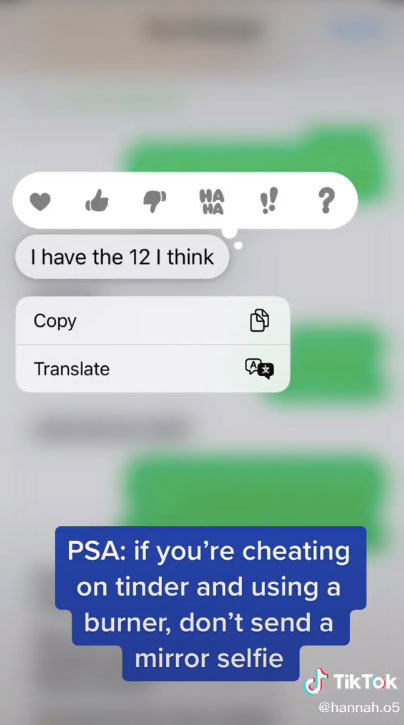 Needless to say, viewers were impressed by how she spotted the supposed cheater.

One replied: "They just tell on themselves…We literally don’t have to do anything anymore."

Another added: "So many married guys do this.. the guy I caught paid me not to tell his wife I took the money and still told his wife lol."

Meanwhile, a third wrote: "Lmfaoooooo it's not even audacity.. how have they survived this long."

For more relationship stories, this woman's best friend has been messaging her boyfriend – she has no idea shes knows.

And this man secretly paid off his ex’s mortgage to thank her for being a great mum – her response left him in tears.

Plus this woman was madly in love with the guy she was casually dating – a mortifying Snapchat she sent to her best friend had him running.