LOVE ISLAND star Shaughna Phillips has revealed she has had liposuction on her legs after being diagnosed with lipoedema.

Lipoedema is a condition that causes an abnormal build-up of fat cells in the legs, thighs and buttocks. 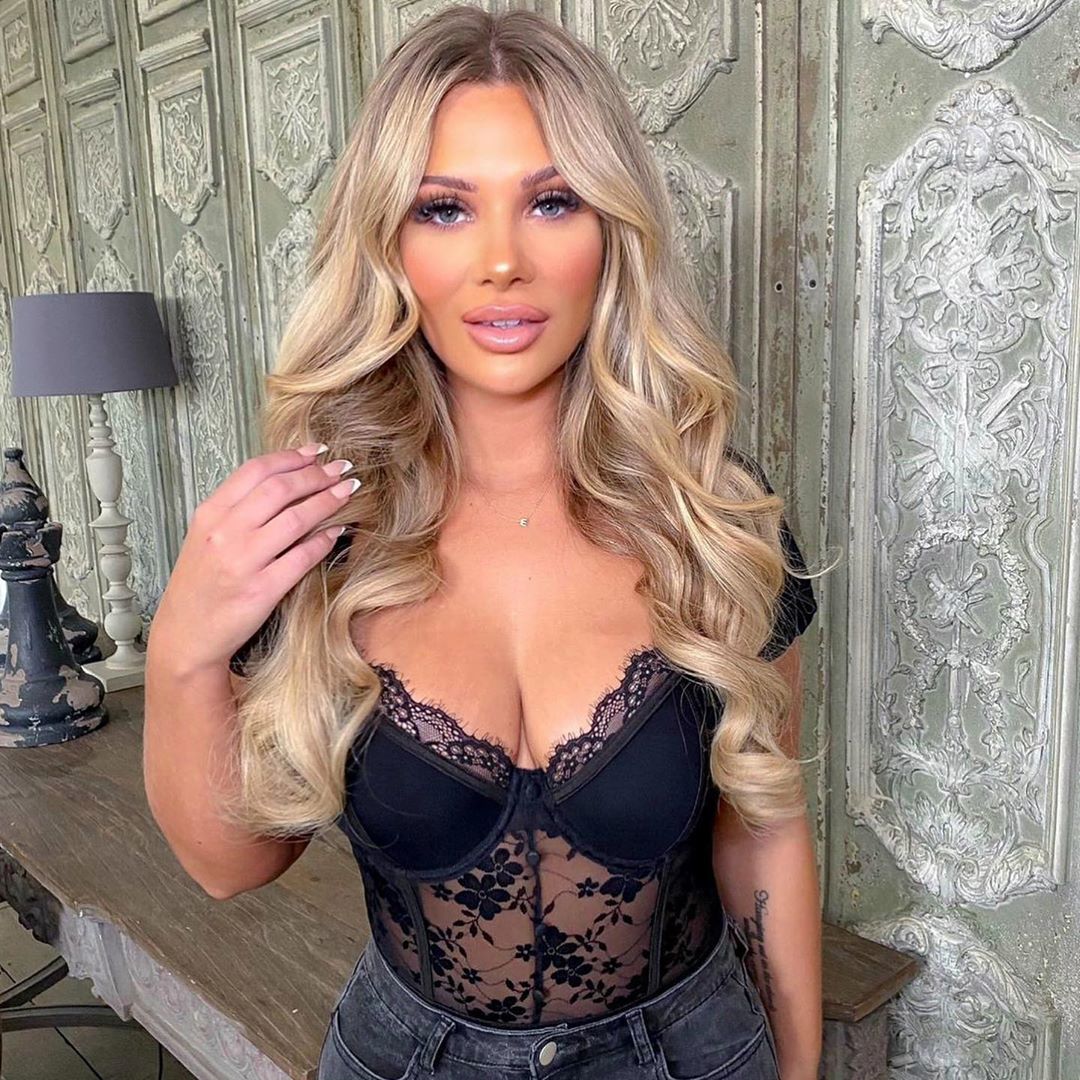 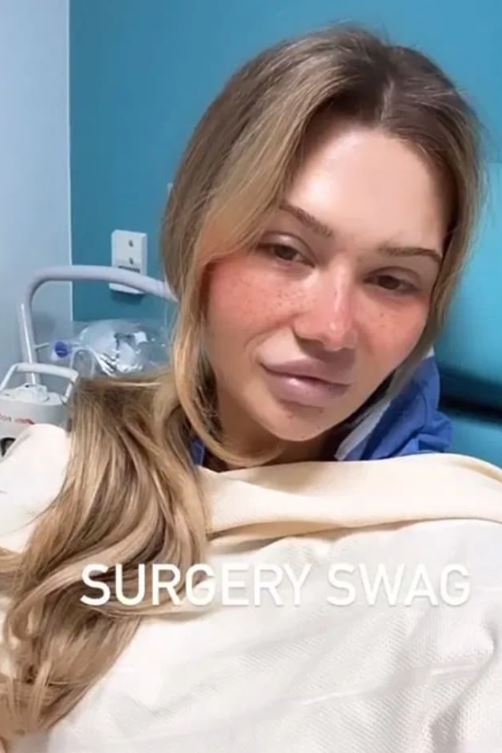 The 25-year-old, who appeared on the first winter series of Love Island revealed she'd had surgery as she posted snaps of her hospital bed.

Explaining she had the procedure to remove unwanted body fat, Shaughna said: "I have had liposuction on my lower legs, so my calves, because I was recently diagnosed with lipoedema, once I'd come out of the [love Island] villa."

Medical expert and the founder of Chemist 4 U Shamir Patel said lipoedema is a condition that effects up to 11 per cent of women.

He said: "It's often mistaken for obesity, as it is a build up of fat cells in the hips, buttocks and legs, often creating leg bulges and tissue that bruises easily.

"It often starts out as pain in the legs with dimpled skin and poor ankle definition and becomes worse over time, with increasing pain and symptoms of osteoarthritis."

Shamir admitted that treatment options are limited for the condition.

"Lymphatic drainage is a gentle massage which drains any excess fluid and waste from the tissue, which can reduce symptoms of swelling and discomfort, but it is not a long term solution.

"Liposuction is a permanent option which will remove the fatty deposits. Shaughna is likely to have stayed in hospital for three days, and will be required to rest up for a week or so.

"Within a few weeks or months, the swelling will go down and normal limb volume will resume", he added. 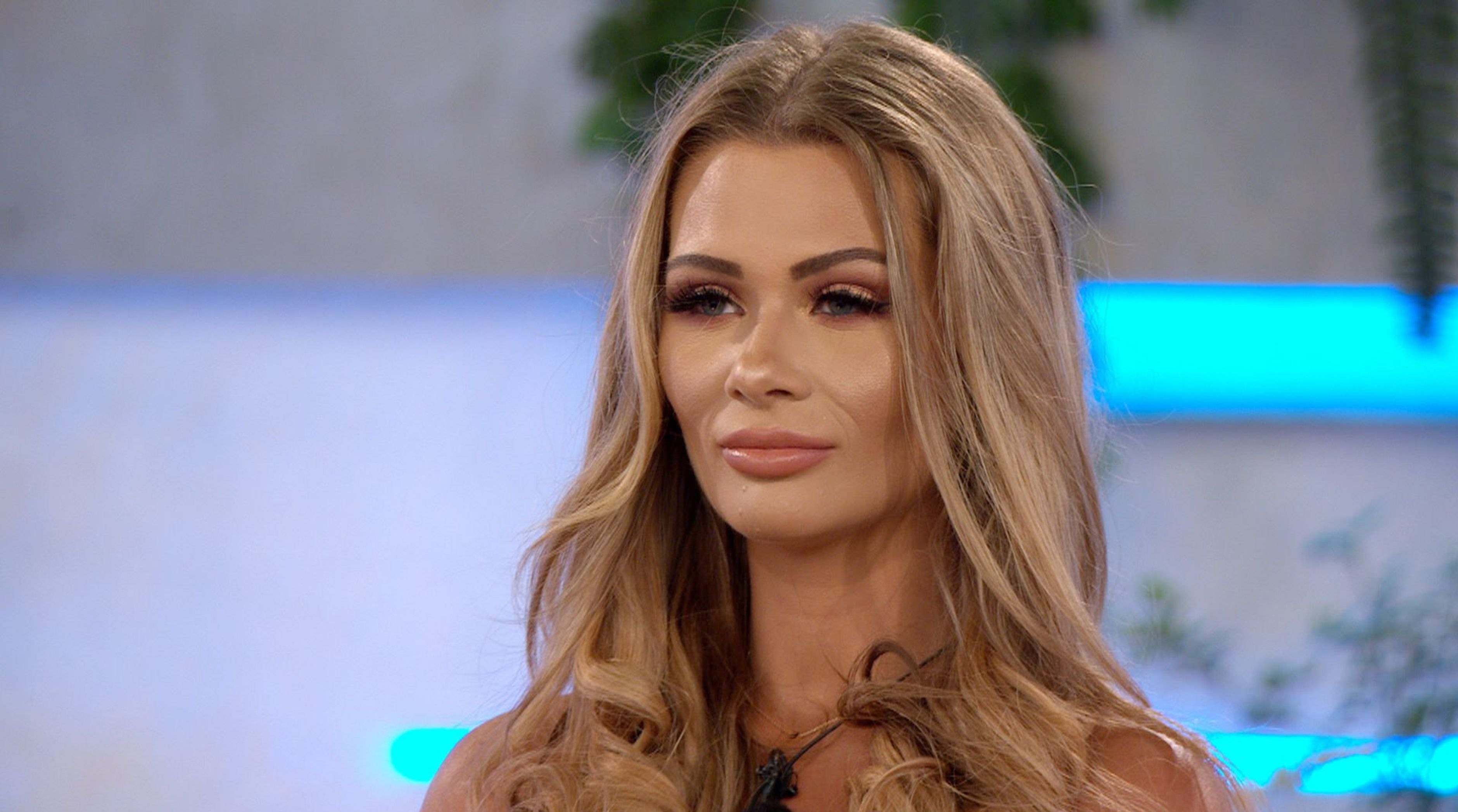 According to the NHS lipoedema is a long term chronic condition that usually only affects women.

In rare cases it can also affect men and is a condition where there is an abnormal build up of fat cells.

This could be in areas of the body such as the legs, thighs and buttocks and occasionally the arms.

What are the symptoms?

The symptoms of lipoedema can vary from person to person but most people will experience what looks like swelling on their arms, legs and bum.

Lipoedema creates swelling and one of the key symptoms on the areas where you have the condition is the bracelet effect.

With the condition both legs and arms are usually enlarged to the same extent.

The affect will likely appear above the ankles and wrists. 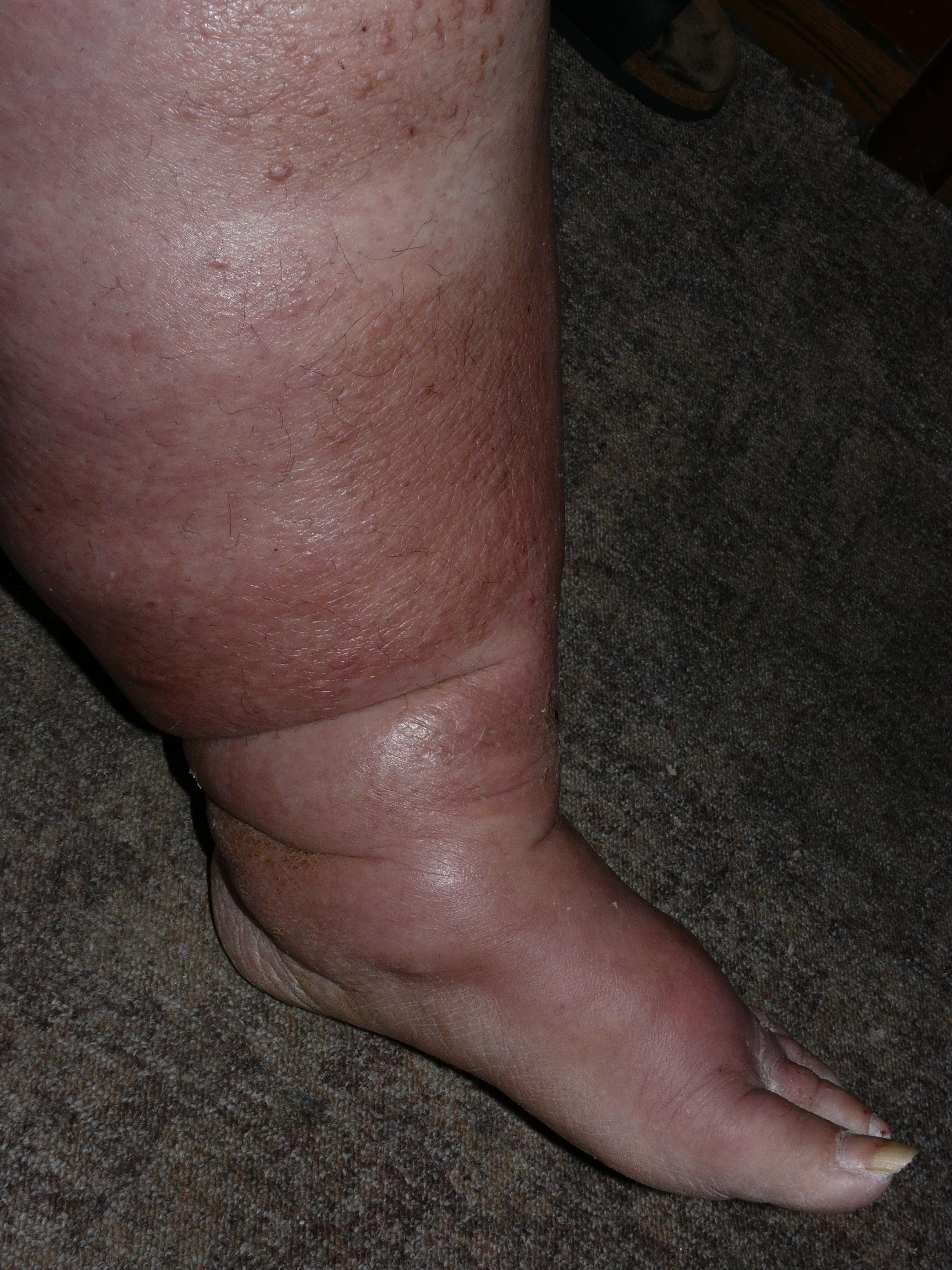 We are all guilty of bumping into things unintentionally. But if you've bumped into a sharp edge and have a large bruise then you could have lipoedema.

The fat can sometimes be painful and feel heavy and hurt when banged, even if just gently.

Many women with the condition experience multiple and frequent bruising.

3. Small broken veins under the skin

Having small or broken veins under the skin usually looks like a little spider's web in the affected area.

Varicose veins are a common problem for people who are suffering with lipoedema.

If you're struggling with this then compression socks or tights could help.

If your skin is cold to the touch then you might have lipoedema.

Your skin might feel "doughy" as quite often with the condition fluid builds up in the tissue making the skin feel squishy.

If you're experiencing aches or pains and you haven't been hitting the gym hard then this might be a sign of lipoedema.

You need to remember that if you have this condition your body is usually carrying and storing extra fat cells around your joints.

This can weigh heavy on the body and can often cause you to experience an aching sensation.

Why did Shaughna Phillips have surgery?

Shaughna said she wanted to have surgery as it was part of her body that she was "insecure about".

Posting to Instagram earlier this week she revealed that she had been diagnosed with the condition after coming out of the Love Island villa.

She said: "I've kind of always had an insecurity about my legs, but there were so many questions about if I'd ever been diagnosed with lipoedema, and I didn't even know what it was."

She added: "So after some research and going to the doctors, I was finally diagnosed and then had my surgery on Wednesday.

"I'm recovering, I'm doing really well. I've got make-up on today, I've brushed my hair today and, yeah, I'm just really looking forward to kind of the process of it. 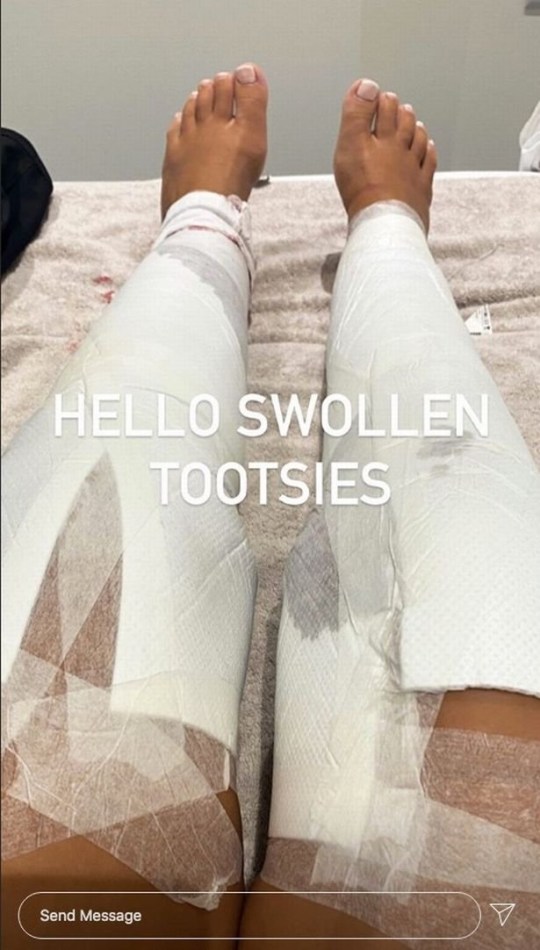 "It's not an overnight thing, I have to keep up with my compression garments and things like that, but so far so good."

The reality star, who appeared on the winter 2020 series of Love Island, last week shared a picture of herself lying in a hospital bed, saying: "Surgery swag. I'm so high BTW."

In another photo, both of her legs were seen in plaster casts while her feet were left swollen and poking out of the bottom.