TIPPING the scales at a whopping 46 stone, Jen Costa knew she desperately needed to lose weight.

The bride-to-be, 35, had piled on the pounds over 14 years after she suffered injuries in a car crash and gorged on takeaways every day. 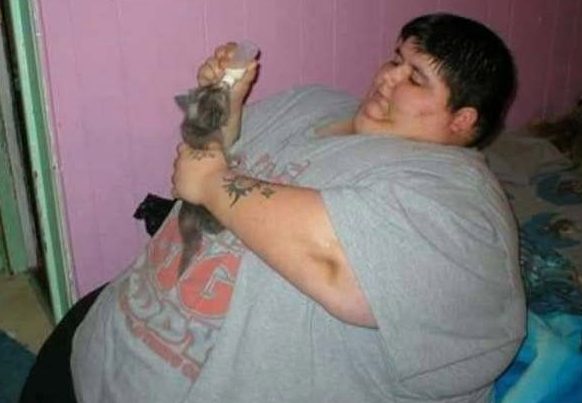 But never in Jen's wildest dreams would she think she would go on shed a staggering 35 stone – by having her TONGUE cut off.

Jen, from New York, was forced to have the life-changing surgery after being told she had stage 4 cancer of the tongue.

And while the diagnosis was devastating, Jen says it was a "blessing in disguise" as losing her tongue made her the slimmest and happiest she has ever been.

Jen, who's engaged to her long-term partner, said: "I was handed a death sentence and it's ending up saving my life. 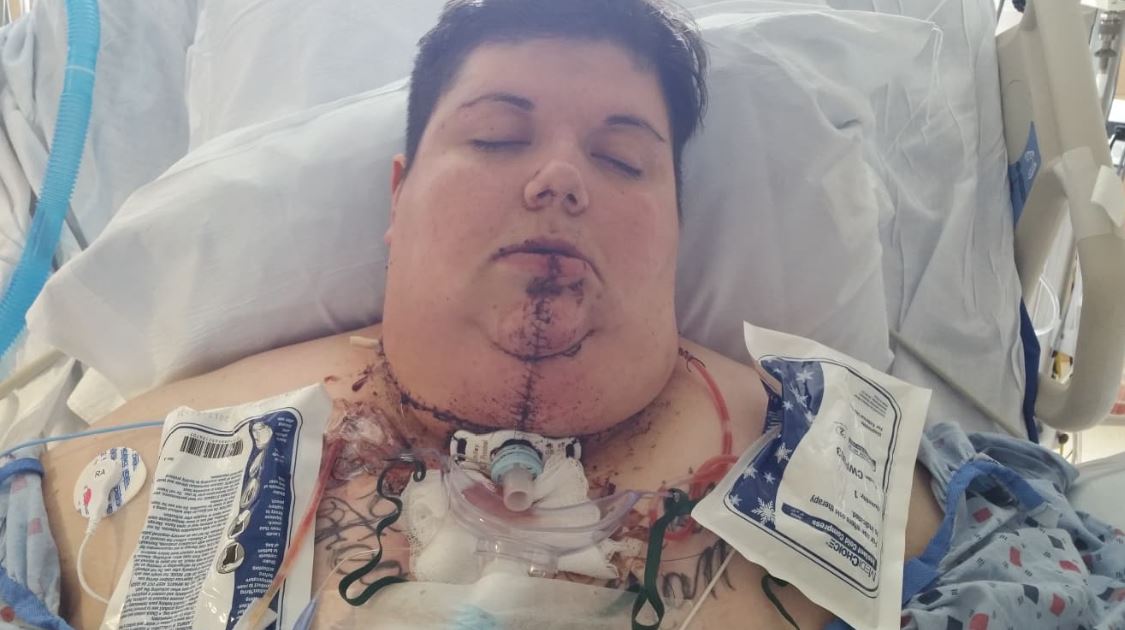 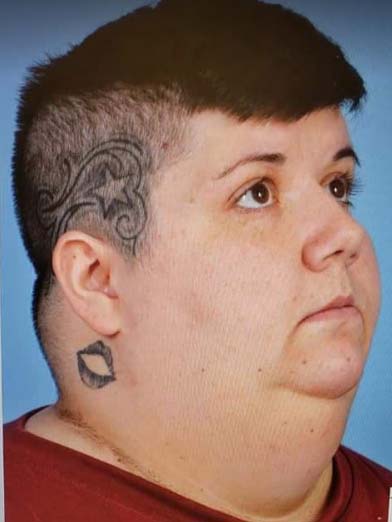 "What started as the darkest period of my life soon revealed itself as my biggest blessing in disguise."

Jen says she had "always been a bit chubby" throughout her teenage years but was still a pretty active person.

However, Jen the pounds really began to pile on the pounds when she was 19 – after she was involved in a major accident.

Jen was hit by a car on a public highway which saw her left knee snap and ligaments torn in half, held together only by skin.

She lost movement in her legs for a year and then struggled with putting weight on her leg, plunging her into a depression and making her turn to food for comfort. 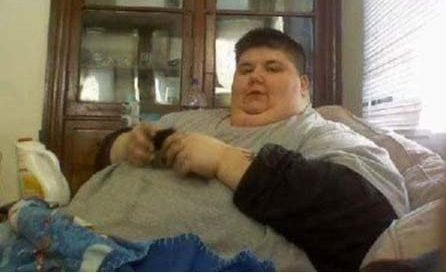 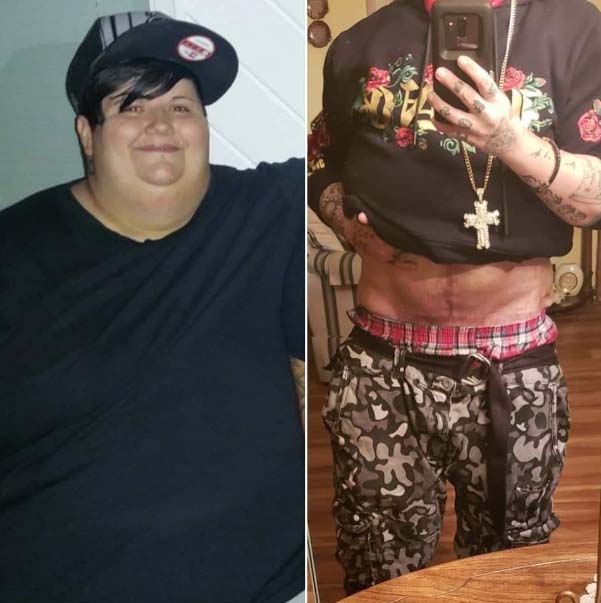 Jen also self-medicated with "angel-dust" – PCP – for comfort, and piled on a whopping 25 stone over the course of 14 years.

And her weight gain was so bad she was unable to stand up in the shower and had to have her partner wash her with a sponge as she sat on a chair.

Jen said: "I used to be addicted to food. I abused the privilege to eat.

"After the car accident I was completely bed-bound and ordered a takeaway every single day."

However, things took a turn for the worse in early 2017 when Jen noticed she had an aching pain in her mouth.

She decided to visit her doctor when she struggled to complete a takeaway order over the phone.

Despite this, three doctors and a dentist brushed off the small white lump on the right side of her tongue as a virus.

Convinced it was more than that, Jen did her own research online and probed doctors to investigate further. 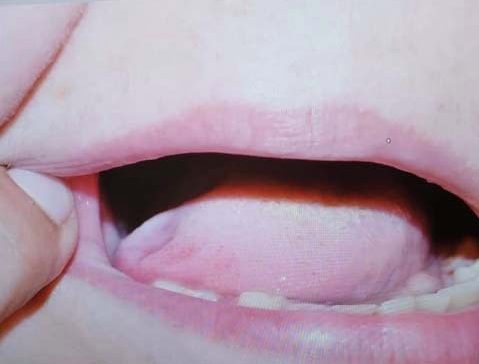 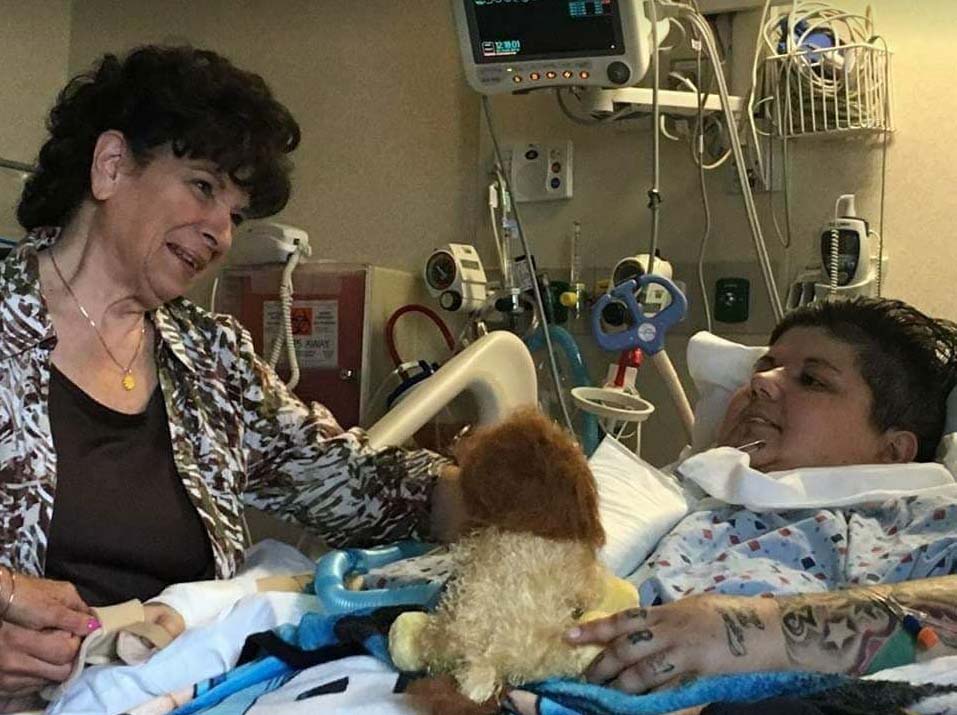 "I turned round one day and said 'Doc, do you think I have cancer?'

"He almost laughed it off and said 'No way! You're too young for cancer' – so I left it at that.

"But over the next few months the pain was becoming unbearable.

"It was getting difficult to eat and even speak. I don't think I was saying more than a few dozen of words a day, that wasn't much of a life.

"I decided to go and see one more doctor and thank God I did because that was when everything was about to change." 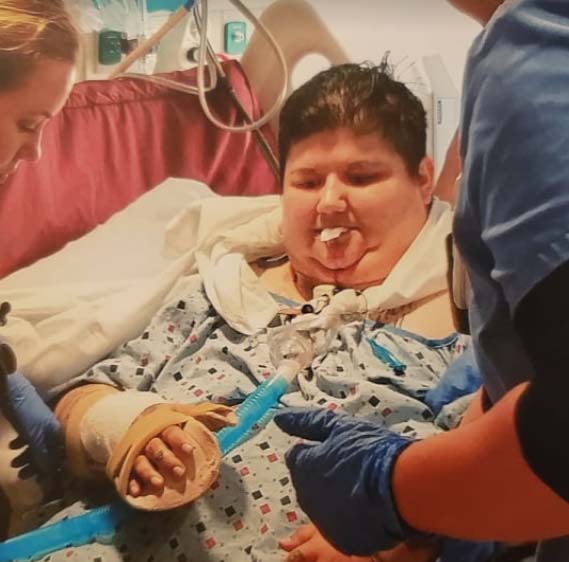 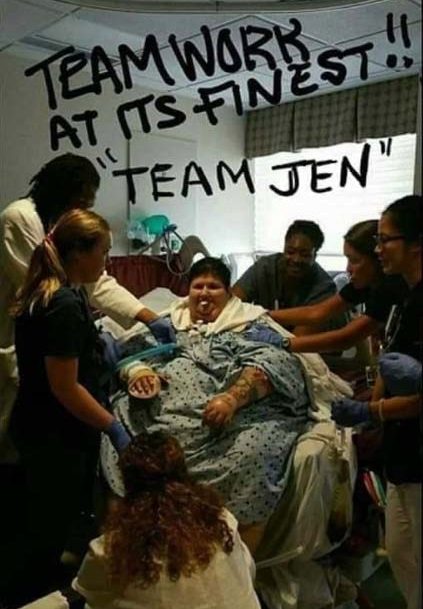 And to make things worse she was told that the aggressive form of squamous cell carcinoma had spread to the lymph nodes in her neck.

"After a five minute examination the doctor turned round and told me 'I'm sorry to tell you this but that's definitely cancer'. Everything went dark," Jen said.

Despite the horrifying diagnosis, doctors told Jen she was TOO FAT to operate on and was told to prepare for the worse.

"He told me he didn't feel comfortable operating on me because of my size," she said.

"He denied me surgery because he said the radiation wouldn't get through to my neck because of all the fat.

"But I still didn't take that for an answer." 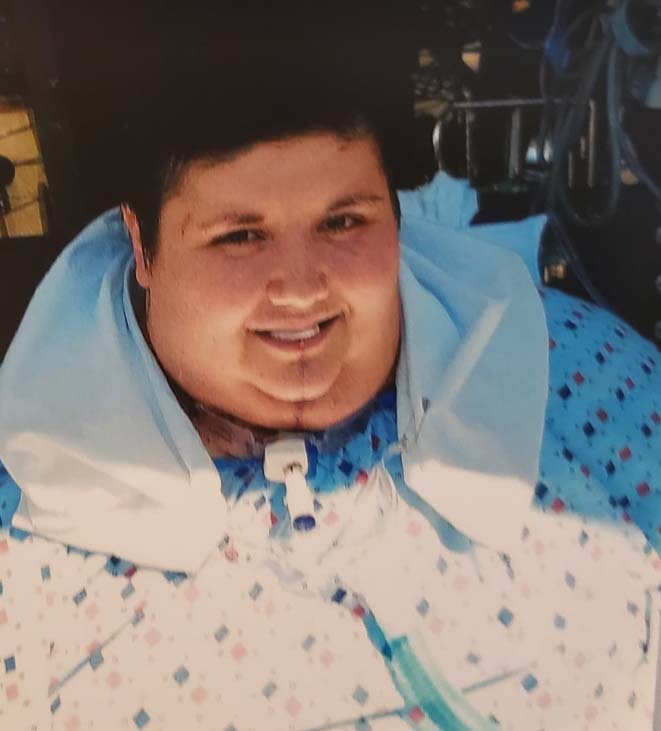 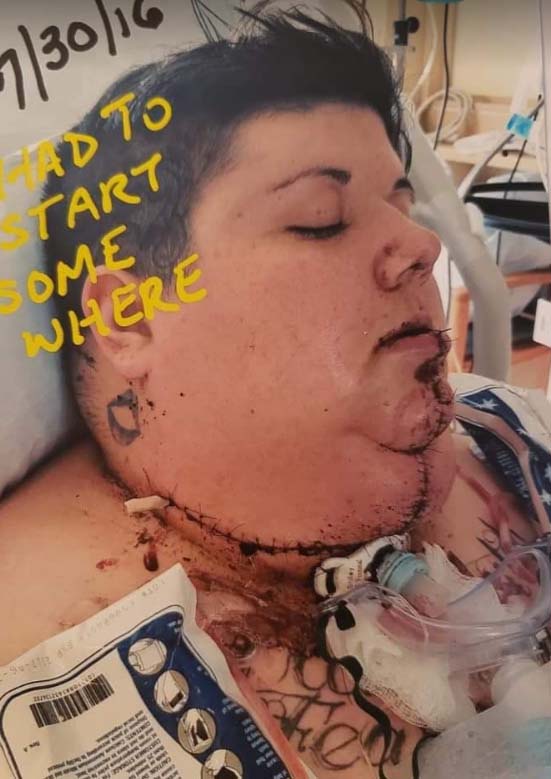 Jen claims medics told her total removal of the tongue was the only option.

Refusing to accept this, Jen visited a dozen hospitals across New York City before a doctor agreed to carry out a forearm flap reconstruction.

She was finally booked in for a 19 hour operation which saw doctors remove most of her tongue and replace it with skin graft from her right arm.

I was completely numb. I felt my life was over – even if I defied the odds and survived it wasn't a way to live

Jen said: "Although the new tongue is there it has no movement and no feeling – it's just there and takes up the empty space.

"I was told I would need to be fed through a tube for the rest of my life and I was also told I would just have a 30 per cent chance to survive the next five years as my cancer was extreme.

"I was completely numb. I felt my life was over – even if I defied the odds and survived it wasn't a way to live.

"To be honest I don't know how I survived it." 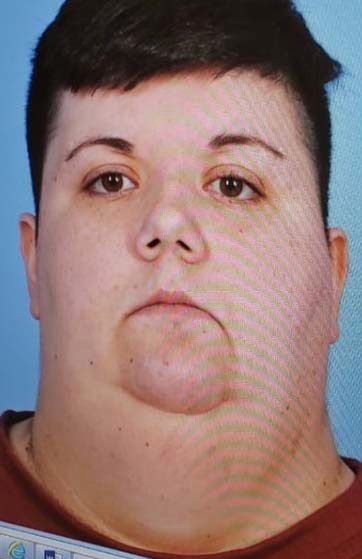 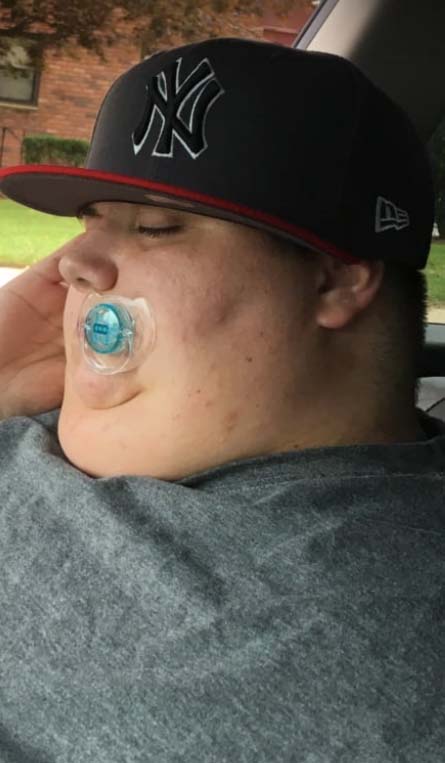 Doctors initially told Jen she would have to be hooked up to a ventilator to help monitor her breathing, but again she defied odds by teaching herself.

For the past 18 months Jen has been on a diet of liquid shakes which – coupled with three skin removal surgeries – has seen her weight drop from 46 stone to a remarkable 11 stone.

She added: "I just know if I wasn't told I had cancer, I wouldn't be here today."

"I would have just continued sitting there eating my life away.

What is tongue cancer?

Tongue cancer is a type of head and neck cancer.

Symptoms can include a patch, spot or lump on your tongue that doesn't go away.

The main risk factors are smoking, drinking a lot of alcohol and infection with the HPV virus.

The most common type of tongue cancer is squamous cell carcinoma (SCC).

Squamous cells are the flat, skin like cells that cover the lining of the mouth, nose, larynx, thyroid and throat.

Squamous cell carcinoma is the name for a cancer that starts in these cells.

It's important to remember that these symptoms might be due to a less serious medical condition. But it's best to check symptoms with your GP just to make sure. 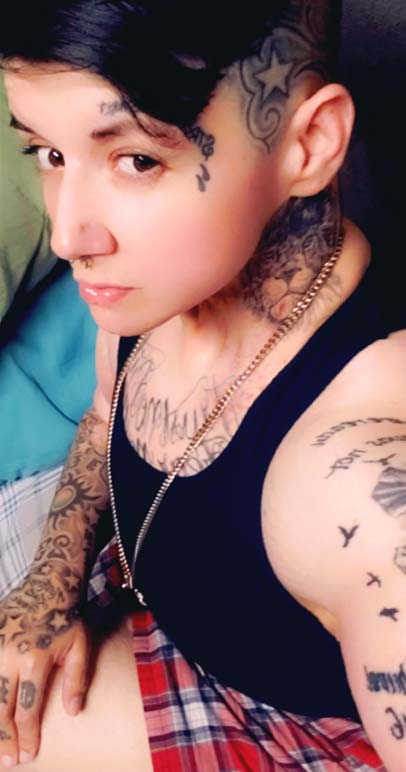 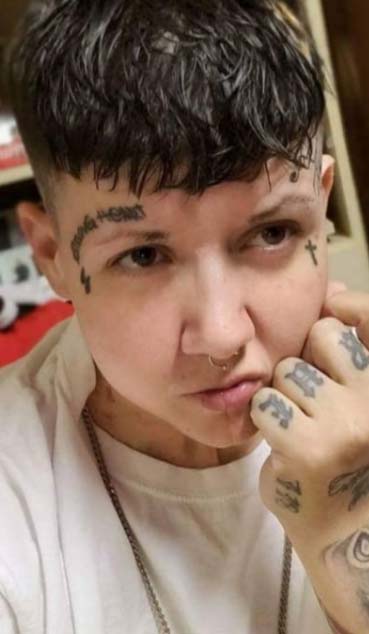 "I've lost the ability to taste and chew things properly but I took advantage of that when I had it because I'm not eating as much.

"I have so much excess skin – I've had a few skin removal surgeries which has helped me lose the weight.

"The diagnosis just turned my life completely around.

"I had to die a little in order to learn to appreciate how it felt to be truly alive." 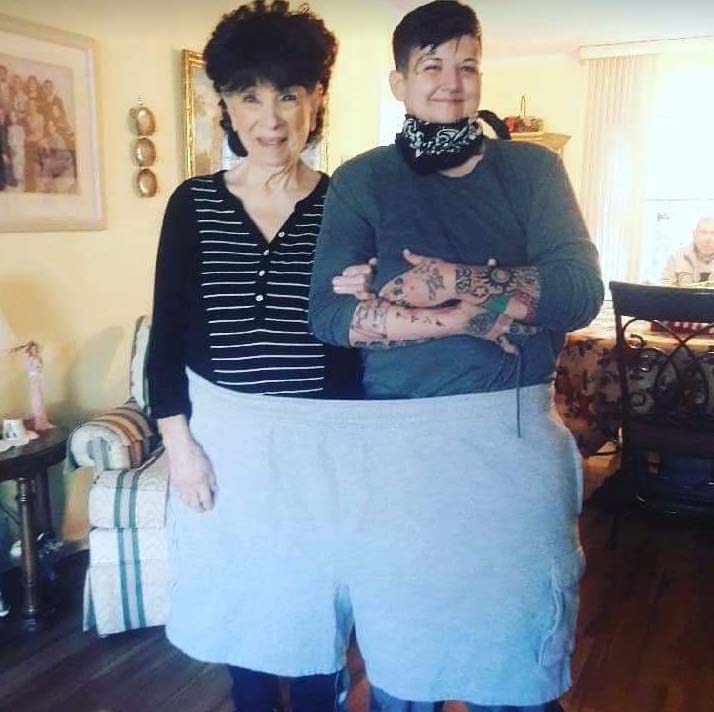 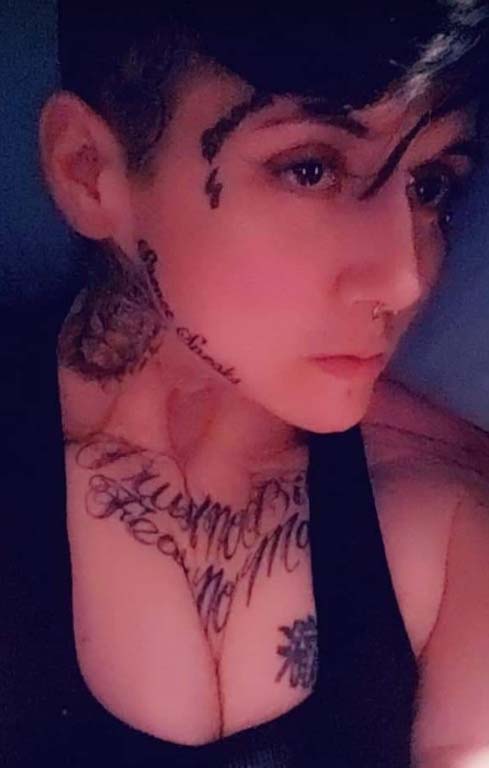 Despite this, Jen admits she still misses pizza, ordering a Chinese and the "taste of Grandma's chicken".

"God allowed me to battle cancer and to make me appreciate all that I took for granted in my life.

"Beforehand I was obese, sad, miserable, depressed and angry.

"But the cancer has made me strong and humble. 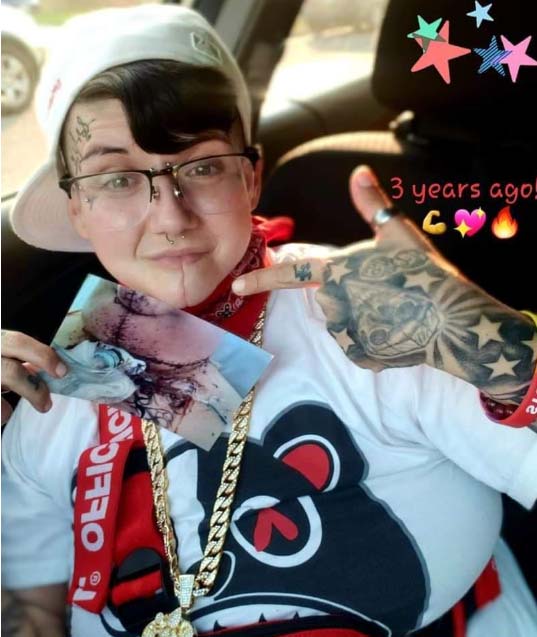 "I miss pizza, I miss ordering a Chinese and I miss the taste of my Grandma's chicken.

"But despite that I'm just so much happier."