In August, adidas Originals unveiled a Stan Smith and Superstar encrusted with Swarovski crystals, and now the sportswear giant and heritage glass production company have come together once more on a Rivalry Low.

adidas Originals’ classic basketball sneaker appears in “Cloud White/Blue/Orange,” and sees its leather upper get a dazzling Swarovski update. Its tongue tag has been completely blinged, adding crystals to the adidas moniker and Trefoil logo, as well as the “Cloud White” background. The same has been done on the orange heel, where a blue adidas logo and Trefoil stamp appear in crystals on the equally-encrusted base. 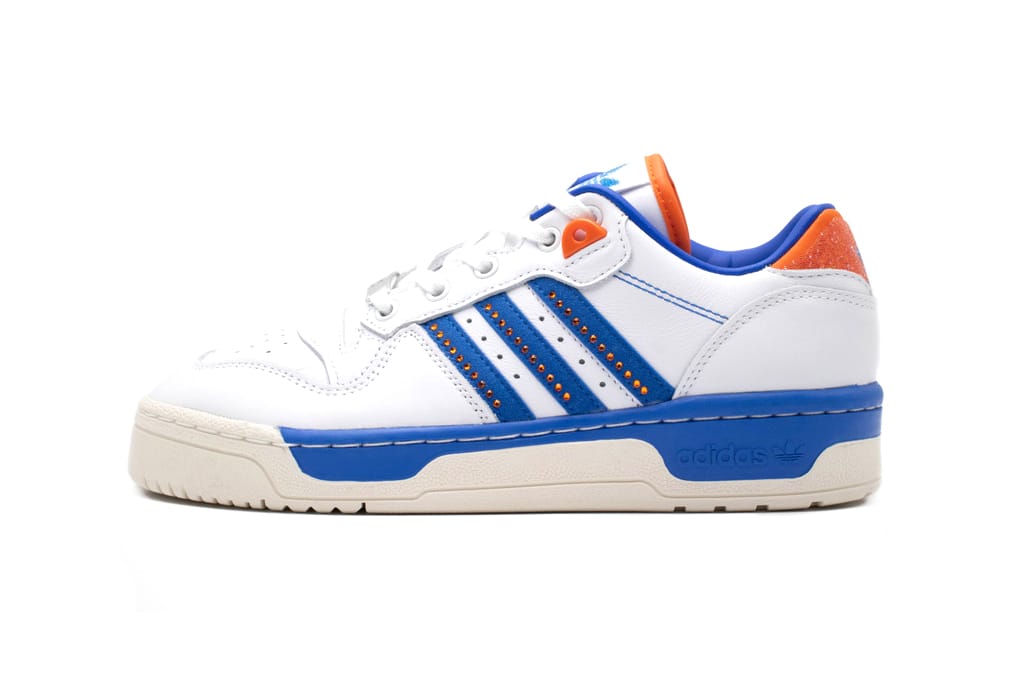 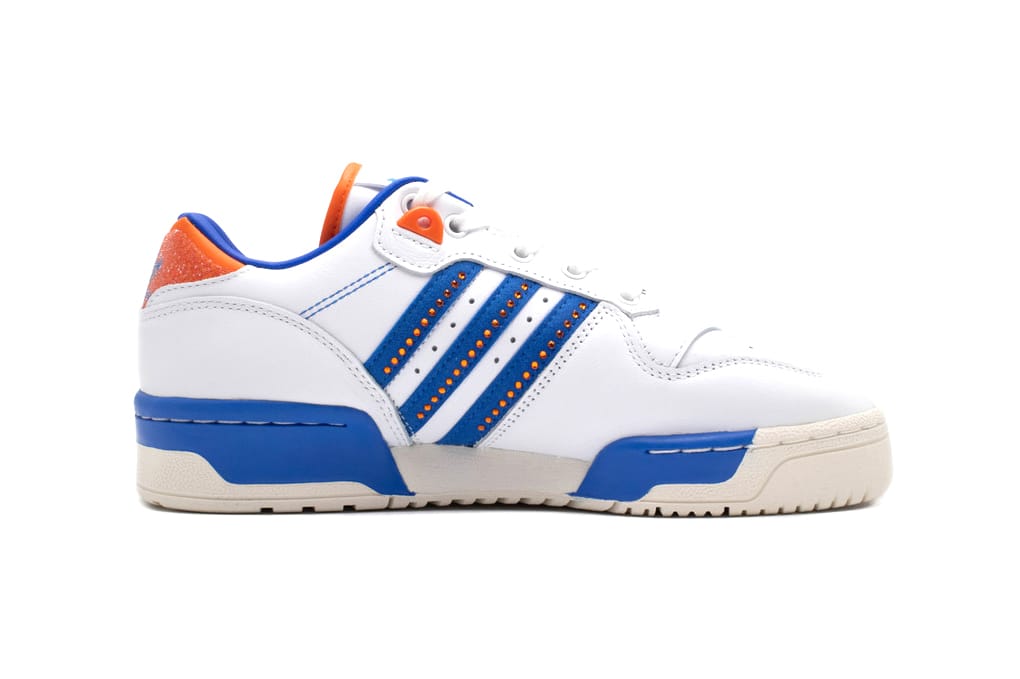 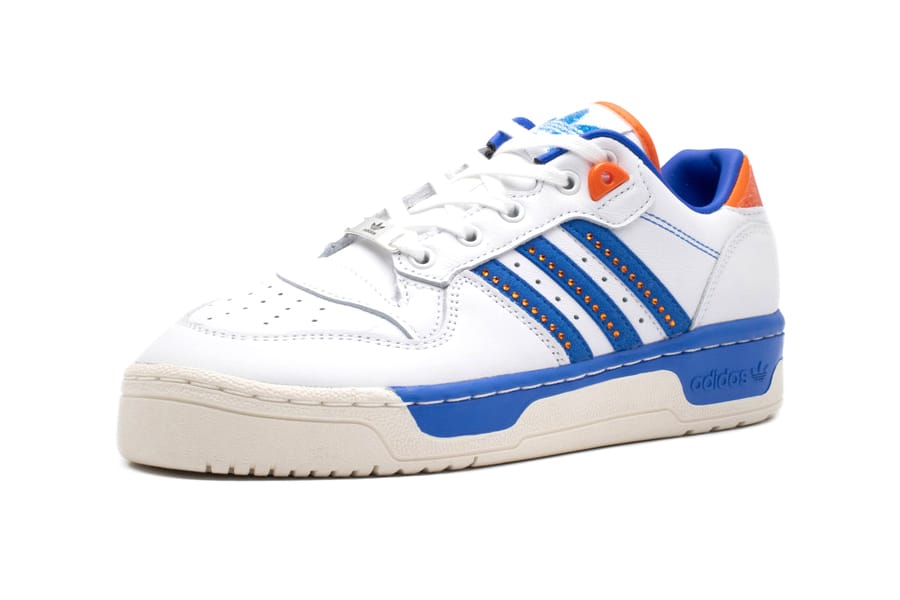 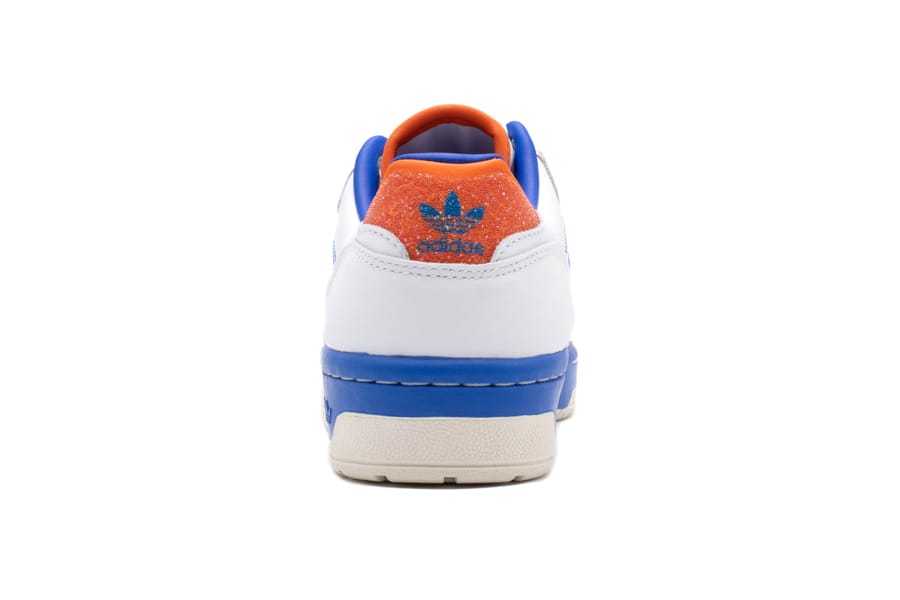 Rounding out the pair’s bedazzling look is a set of orange crystals that have been added to each of the suede three stripes on the mid-panel. A final touch of branding appears on the lacelocks, where Swarvoski Crystals‘ name has been engraved into the right foot and adidas’ signature stamp adorns the left foot.

Take a look at the Swarvoski x adidas Originals Rivalry Low in the gallery above, and pick up a pair from retailers such as 43einhalb on September 24, where they will cost €99.95 EUR (approx. $117 USD).