AS we're sure any mums will agree, putting together a meal your little one is actually excited to eat feels downright impossible.

So when you eventually find something they like, we can't blame any parent for not straying from it. 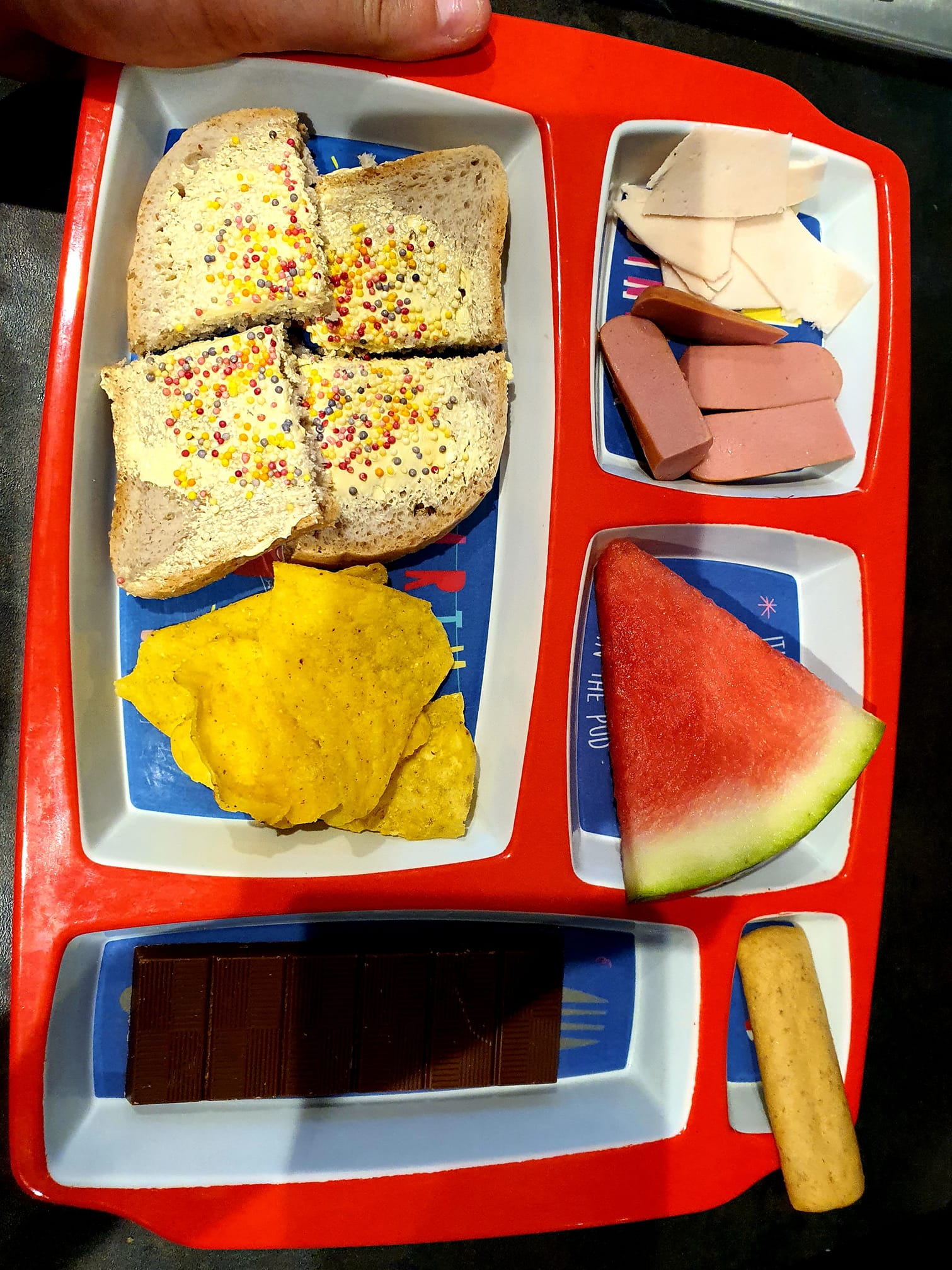 Earlier this week, proud mum Crystal posted a picture of the lunch plate she'd made her son on the Facebook group Feed Your Family on a Budget

Along with a slice of watermelon and slab of chocolate, the mum also cut up some cheese and added some chopped sausages to balance it out too.

However, it was the "fairy bread" she made that got members of the group really talking.

As her little boy is "loving fairies at the moment", the devoted mum buttered a piece of white bread and then added some sprinkles over the top.

She captioned the post: "Tomorrow's lunch plate for my little boy!"

But even though her son absolutely adores it, other members of the group blasted the "unhealthy" addition to the meal while others said it would go "stale" by the time he ate it.

One commented: "This looks dry AF."

"This would not be allowed in our school," another added. "No sweet drinks or other things, l don’t think crisps are allowed either."

Meanwhile, a third asked: "Won't that bread be minging by the time he eats it tomorrow?"

A fourth wrote: "Won't the bread be all dry and stale being exposed on a plate?! I mean I've been extraordinarily busy but still managed to butter a slice of bread so I'm a little confused how this needs made the night before, its a bit different when it's wrapped up in a lunch box to be transported to school/wherever the child is deposited."

Jumping to her defence, one supporter replied: "Nutella is 37g of sugar per serving and considered a normal thing to have in a lot of households across the globe…"

Another added: "I've never even heard of this and I'm 44 but defo trying it tomorrow!"

For more parenting hacks, this nursery teacher revealed the seven things you’re doing that are messing up your kids – including never saying no.

And this savvy hack sees mums turn Ikea play kitchens into functioning ones and now toddlers are making their own meals.

Plus this mum revealed the quick way to stop kids having tantrums in the supermarket – and it only takes seconds.