The Duke and Duchess of Sussex have been hit with backlash after they were pictured laying flowers at the Los Angeles National Cemetery this week, with many royal commentators calling it a "publicity stunt". 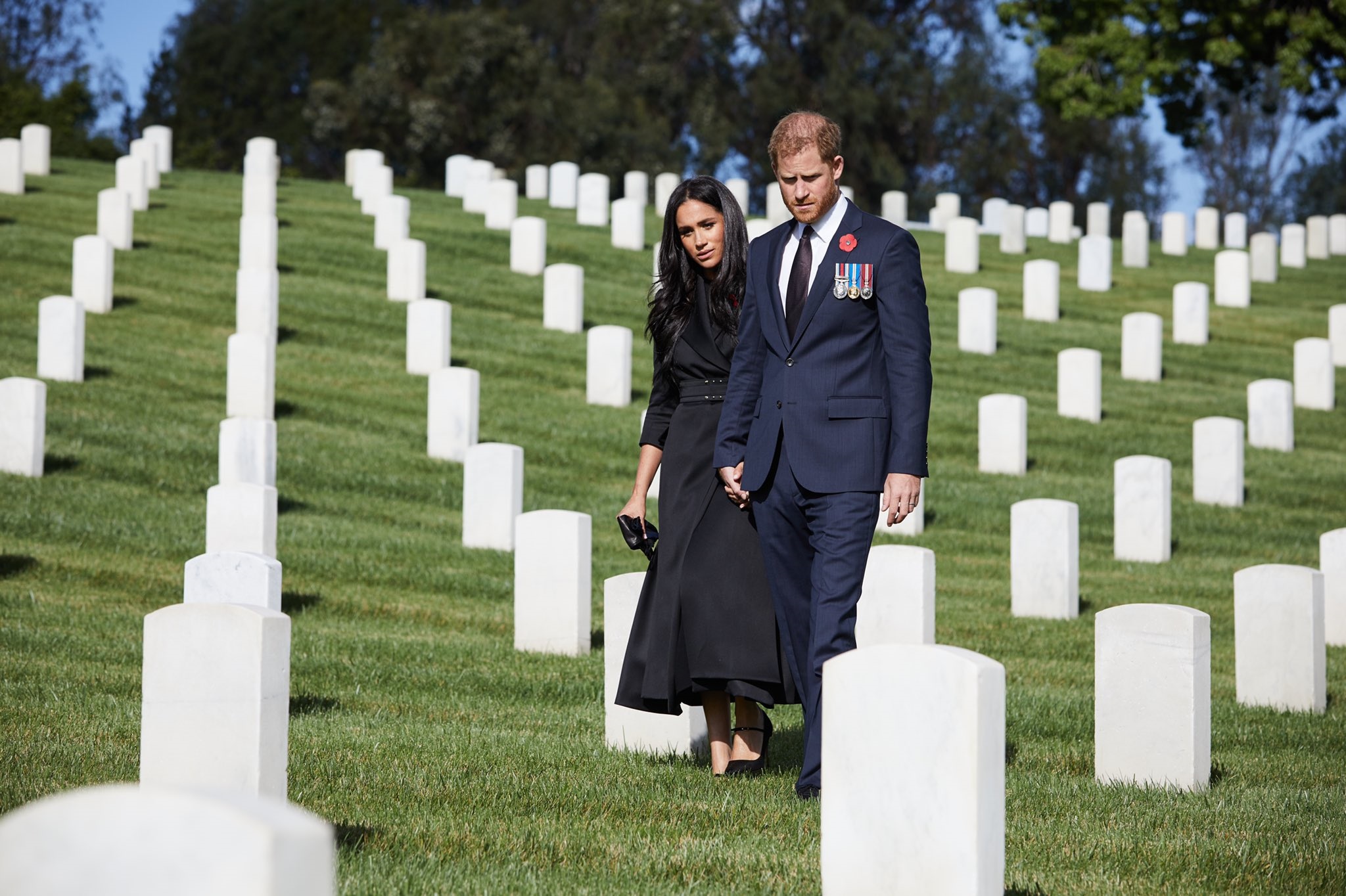 Angela Levin, author of Harry: Biography of a Prince, will appear on True Royalty TV’s weekly programme The Royal Beat tomorrow where she takes aim at the couple for using a fashion photographer to orchestrate the shoot.

Prince Harry, 35, was forced to deny the shoot with wife Meghan was a "publicity stunt" after the photographer who took the snaps was named as celebrity snapper Lee Morgan.

The 39-year-old was enlisted by the ex-royals to capture the moment they visited the graves of fallen soldiers after the Prince was allegedly told he couldn't have a Remembrance Day wreath laid at Cenotaph on his behalf.

Speaking on The Royal Beat, Angela says: "“I thought it was incredibly phony, I think that to get a fashion photographer and to go along with very, very high heels and to look very gloomy and sad. 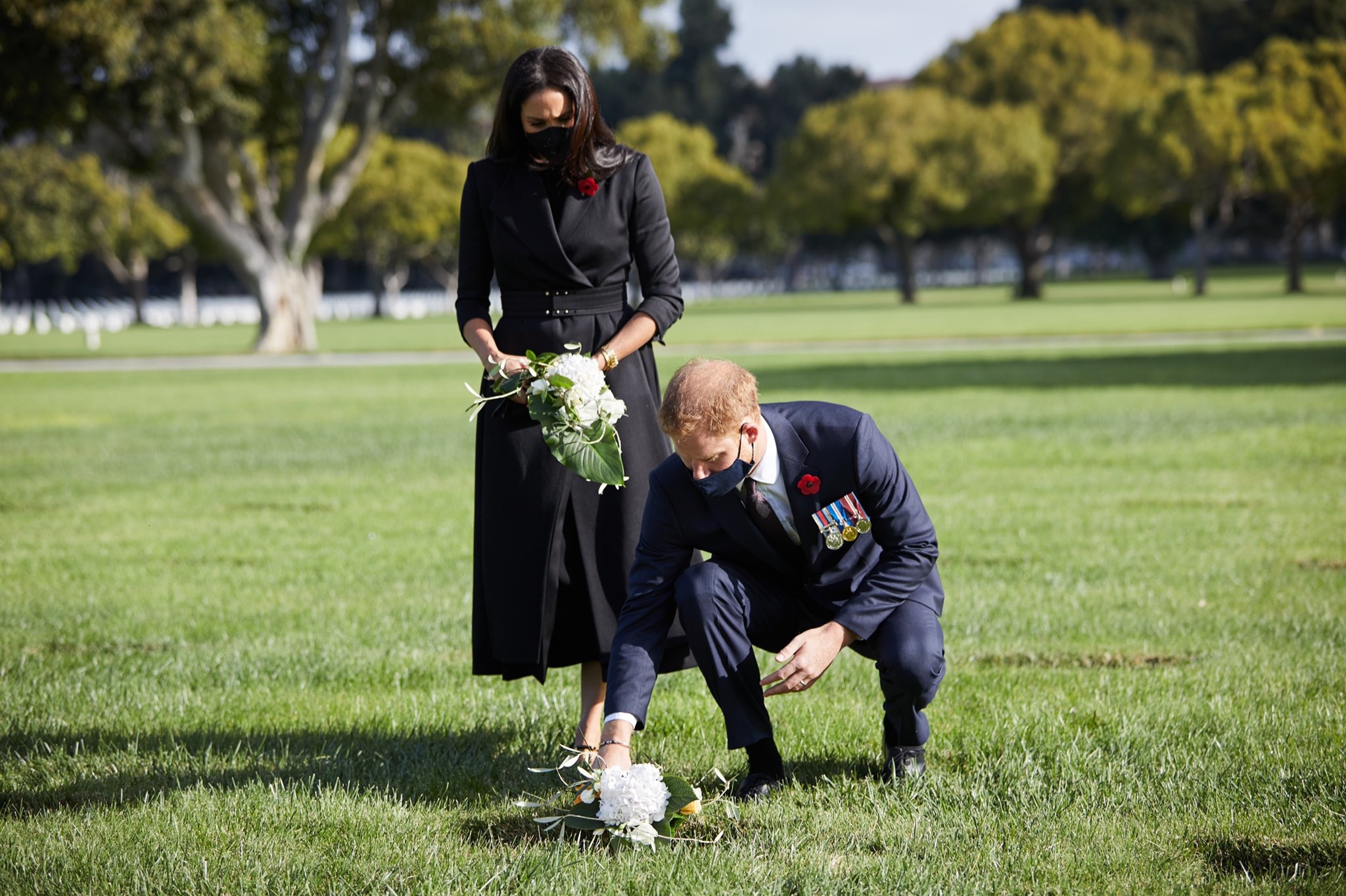 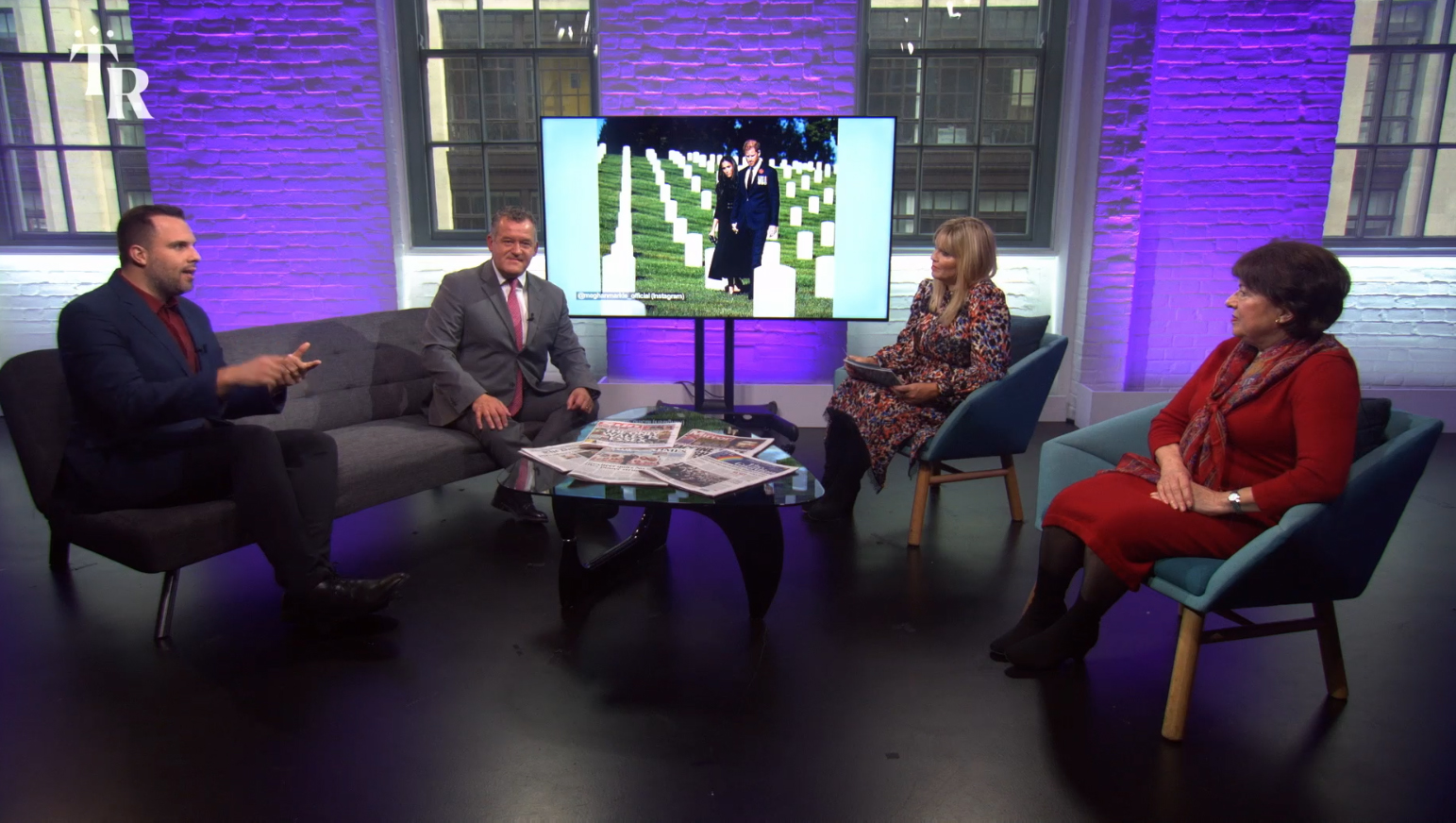 "It looked as if you were using the concrete tombstones as props to create an impression.”

The in the snaps, Harry was dressed in a smart suit bearing military medals, and Meghan donned all-black, including sky-high heels.

They placed their poppy-free wreath at an obelisk in the cemetery, with a plaque inscribed "In Memory of the Men Who Offered Their Lives In Defence Of Their Country".

In America, poppies aren't really used to signify respect to the war dead with the Sussexes instead opting for a tasteful arrangement of leafy-green plants. 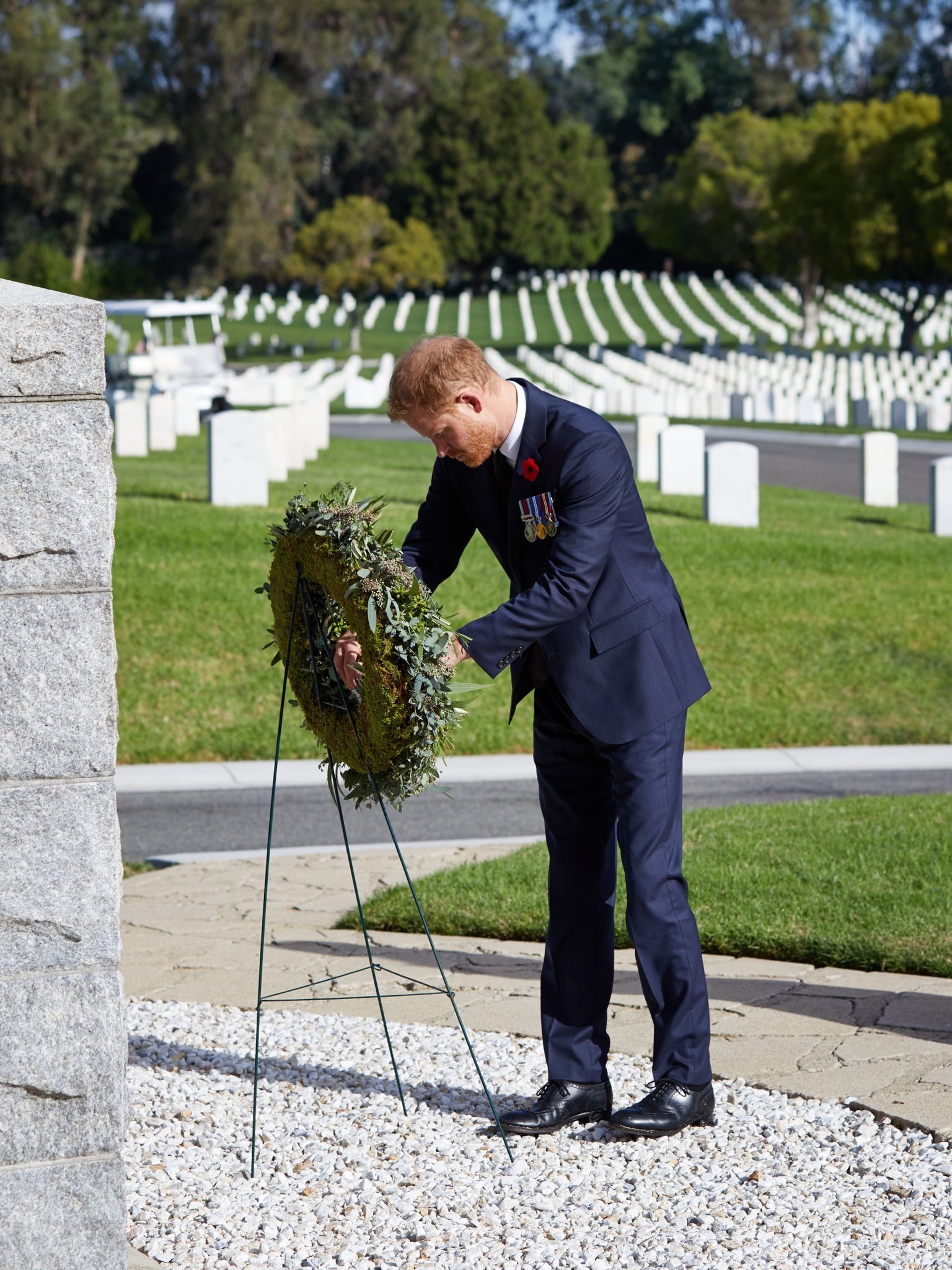 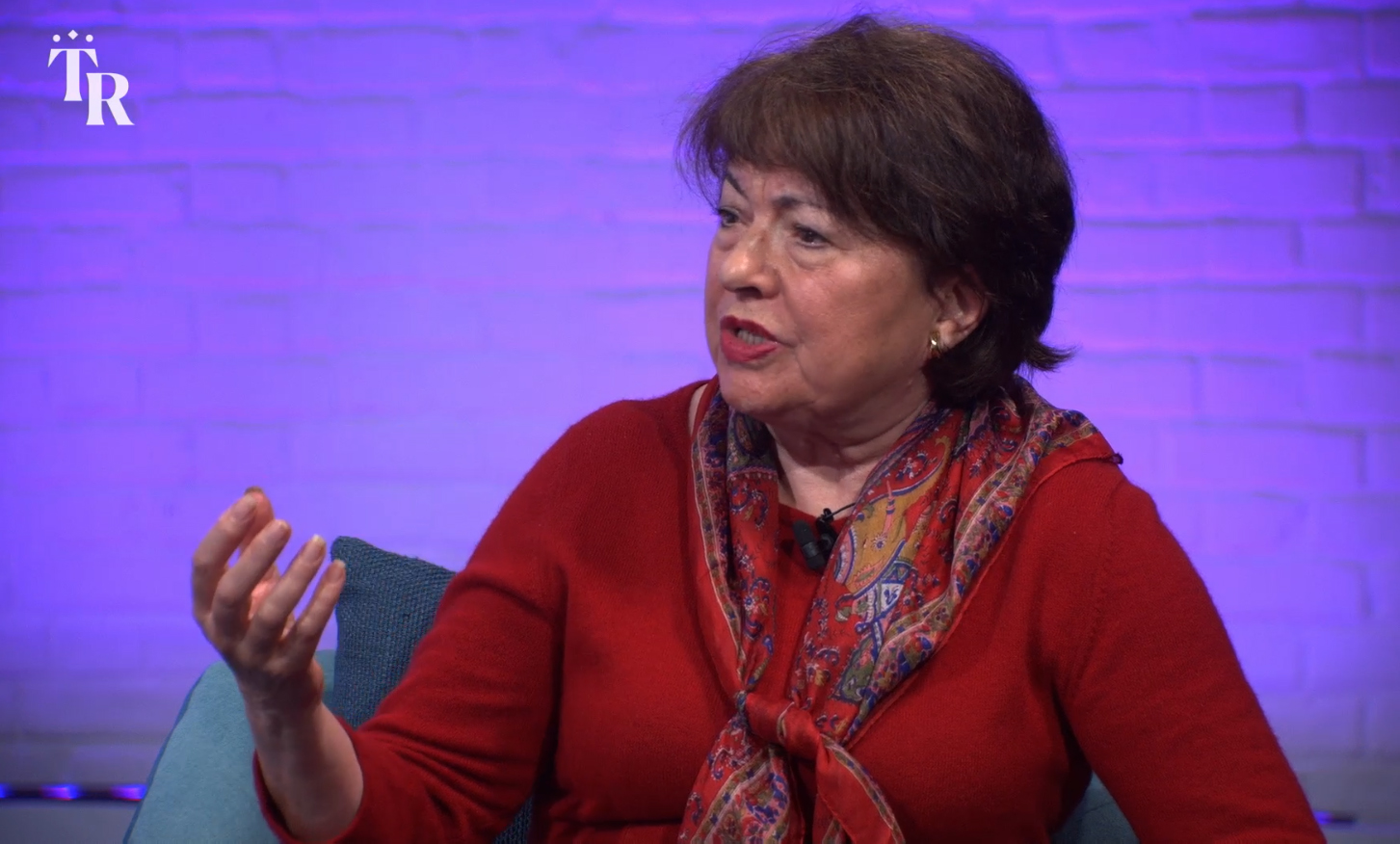 Even Meghan's sister Samantha Markle, 56, spoke out about the "stunt" saying it was "exploitative and offensive".

Also appearing on The Royal Beat, is Paul Burrell, former butler to Diana Princess of Wales, who discussed the current relationship between Prince Harry and Prince William.

He said: : “If their mother was here today, she would bring them back together. She would bang their heads together and say: ‘Don’t be so silly you’re my sons, you’re both equal'. It was very important to her that they stayed close.”

This episode of The Royal Beat will be available on Saturday 14th November on True Royalty TV.

Meanwhile, Meghan Markle became known as ‘Harry’s hottie’ within a week of wedding & will NEVER return to royalty, author claims.

Plus Astrologer tells what’s in store for the royals in 2021 & claims Meghan Markle & Prince Harry will ‘question decisions’.