WHEN you first see this image, it might look more like a math problem than a famous face.

But with time, the well-known person should emerge from the collage – can you see them in less than ten seconds? 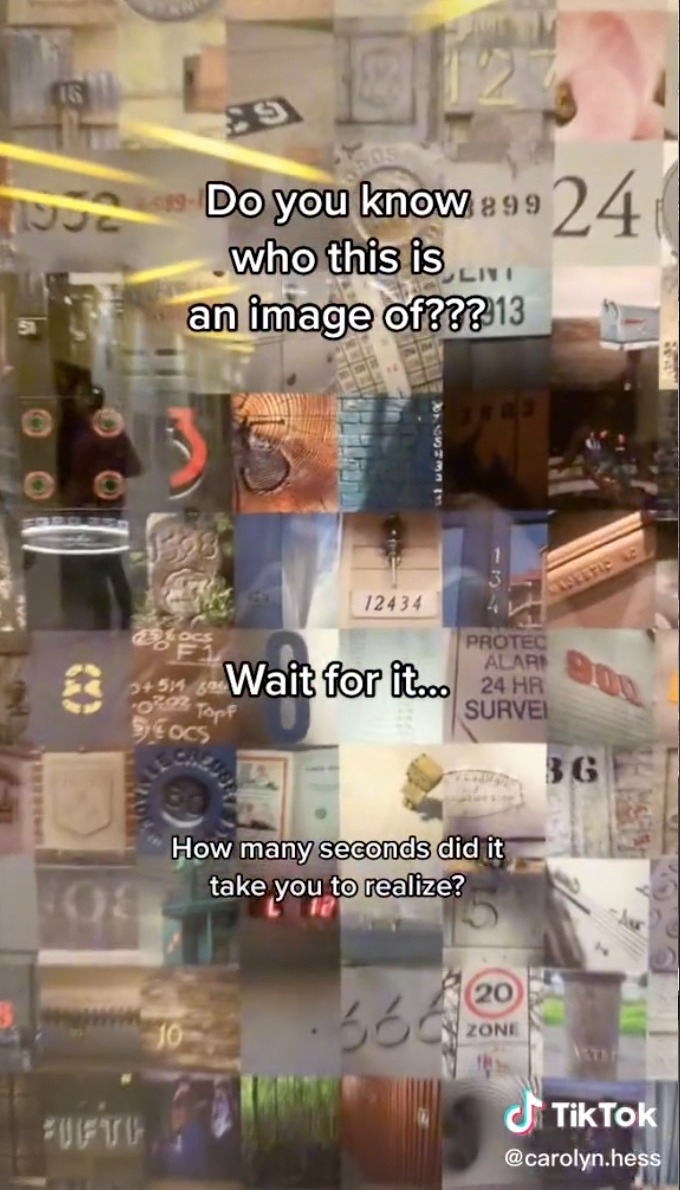 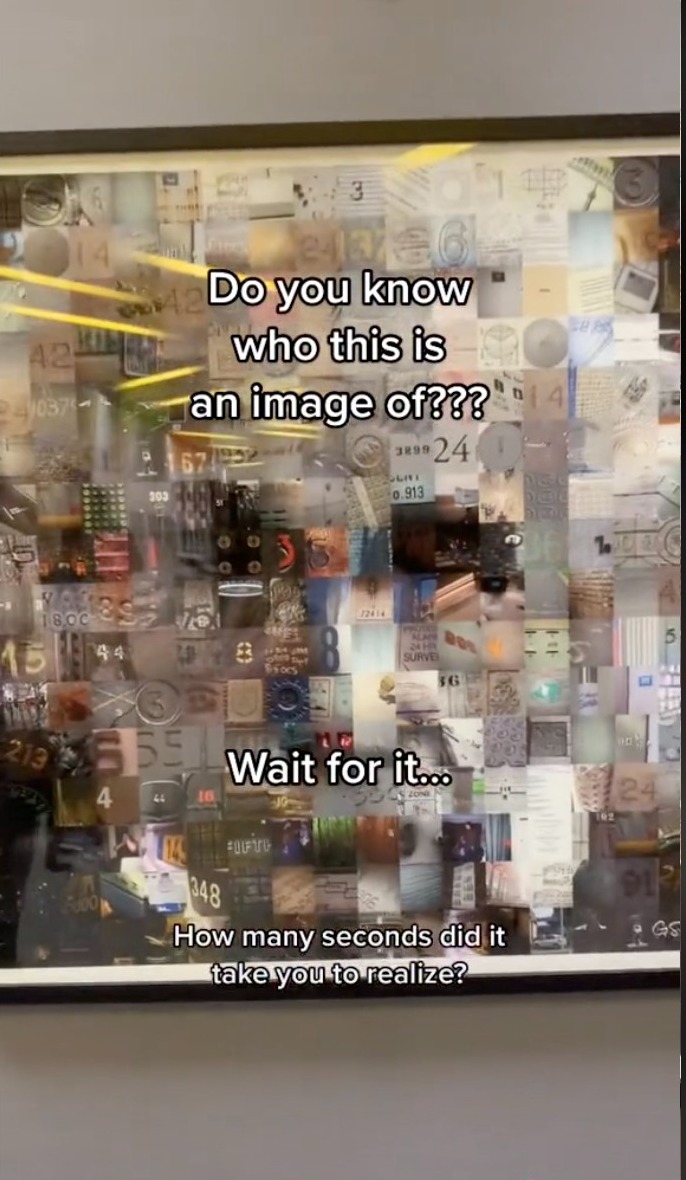 TikTok user Carolyn Hess posted a clip of the collage, featured in the Museum of Illusions, and challenged viewers to interpret it.

"There's some random numbers on here," Hess said, scanning across the photo frame. "Let me know when you see it."

If you have trouble seeing the famous face, the nature of the collage might give you a hint.

Random photos of numbers make up the larger image, which is no coincidence. The celebrity in question is well-known for their expertise in math and science.

In fact, the piece of art is titled “The Master of Numbers.” Made by artist Gianni Sarcone, the subject of the piece has been described as a genius.

You might've seen the illusion before.

"It is currently exhibited in many Museum of Illusions all around the world," Sarcone writes on his website.

There are 56 Museum of Illusions locations open or in development, so there's a chance you've even seen it in person.

One hint that might make this easier: the subject of the piece has been featured in movies, books, and TV over the last several decades.

If you're still struggling to see the image, here are a few tricks that might help.

Gain some distance from your phone or computer screen. Looking at the image from far away should make it more clear.

If you can't do that, try squinting slightly and tilting the screen at different angles.

You can also focus on the white and black areas of the image, which could make the edges stand out.

Time for the big reveal: this photomosaic is a picture of theoretical physicist and Nobel prize winner Albert Einstein!

The hair should've been a dead giveaway. Were you able to see the image and beat the challenge in only ten seconds? 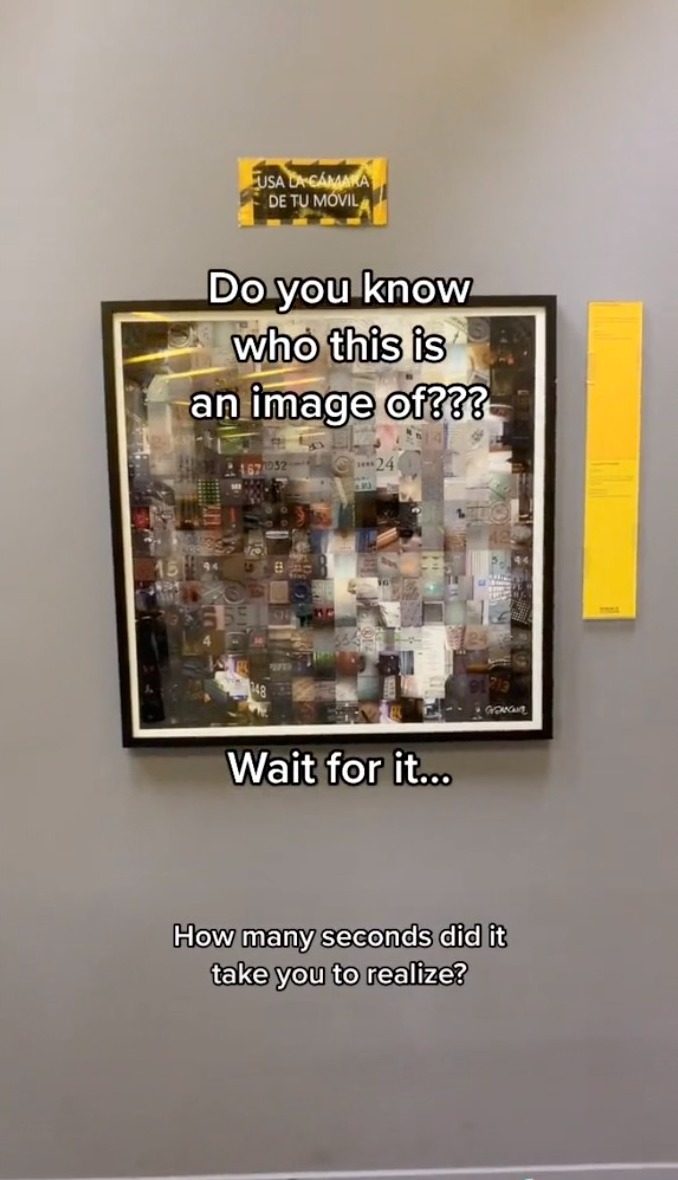