There is storytelling in natural wine’s cultivation. Each bottle has the ability to speak a language of robust flavor and punchy distinction. This is part of the mystique and appeal for me. In my Muslim upbringing, alcohol was forbidden. For many, it still is. But recently, natural wine has taken on new meaning for me: It’s become a part of my self-care routine.

Natural wines are free of additives and extra sulfates, and they’re usually made with organic grapes. But the significant difference between these wines and standard ones comes during the fermentation process. For “natty” wines, as some call them, it happens in a bottle with little to no intervention. The grapes are infused without preservatives and encouraged to ferment in their readied juices, making for a bolder, more unique flavor. It’s gratifying for me to know that every bottle is an oddity, a charming tidbit that adds another dimension to the drink’s storytelling.

The phenomenon has created a cultural craze, with sommeliers requesting natural wines for their restaurants and some celebrities investing in them.

The origins of natural wine are the subject of some debate: Some say the specific cultivation was born in the German philosopher Rudolf Steiner’s biodynamics, a principle based on a planting calendar that is determined by astronomical projections. Other enthusiasts swear this particular wine cultivation officially began in the foothills of France and Italy, through vigor and an uncompromising standard.

“Natural wine is truly about the earth, bodies and our need to listen more diligently to both,” said Alexis Schwartz, a wine distributor and organizer behind Thirsty, Thirsty a series of natural wine events based in New York.

I didn’t have my first drink until I was 23. After a particularly bad bout of depression, I decided to let my spiritual compass falter and drink. To this day, my relationship with alcohol is tenuous. I think it’s the case for a lot of children raised in faith. In adulthood, we begin to process and learn new ways of survival outside the specific paradigms we accepted in our youth. I started drinking as a coping mechanism.

Two years ago I became a strict natural-wine-only drinker. It happened soon after my journey began on a grueling few months of a candida cleanse, where I was forced to consider how I reintroduced irritants like coffee, wine and dairy back into my gut. When I began reprocessing alcohol, I noticed my body resisted it in a way it hadn’t previously. So I began to comprehend better systems to adapt.

As I researched, I also became my own guinea pig, noticing that wines of small batches, small productions or little zero-to-no intervention meant the quality was reliable and consistent. I noticed I didn’t have an aggressive hangover the next day, after barely drinking and there was no next-morning bile locked by my tonsils. I reacted better to these wines. Beyond that, the taste, the funk, the texture, the way some bottles have an inherent effervescence began to really enthrall me. It helped me find new things to enjoy about myself and the world around me. I found a certain reprieve in embracing that I like to drink, as casually as anyone enjoys anything.

I’m inspired by a certain lifestyle, some would call it European, a laissez-faire sensibility that prioritizes indulgence. Like the scene in “Before Midnight” where Jesse and Celine sit in garden caves off the Peloponnesian peninsula, eat ripe tomatoes and drink wine out of ceramic casts. In childhood, I was taught that pleasure had to be earned, which left me feeling undeserving — unworthy of anything nice. My self-care has been about rewriting those parameters.

These are the basic tenets of Adrienne Marie Brown’s recent book, “Pleasure Activism.” “When people come to a gathering space or a meeting and the food situation is healthy, and beautiful, and local and organic, and the people are having the pleasure of having food together, it makes them much more likely to return,” Ms. Brown said in a recent interview. Holistically caring for yourself, and being cognizant of consumption is a political stateme

In recent years, I’ve decided enjoyment of life is spiritual. Carefully consuming, being diligent with pleasure is a form of holiness. It’s why food is universally a powerful tool for reconciliation, to come together. Cultures are built around this knowledge. And at the end of the day, it’s a form of connectivity. What is self-care if not learning how to best live? Not just for yourself, but for your community as well.

“Just as we generally agree that fruit grown organically, livestock treated with respect, and supermarket products made with as few additives as possible are better for us,” wrote Nathan Ratapu of Thirst Wine Merchants, a natural wine store in Brooklyn, in an email. “So to it stands that the byproduct of grape fermentation, a.k.a. wine, will be better for us when the ingredients involved are treated with the same care.”

Natural wine, for me, is about knowledge and conversation: the grapes, the producers, the fermentation. It’s a movement, and there’s a culture around it that extends beyond its alcoholic proportions. Therein somehow making it accessible for a Muslim kid who drinks to speak about its supposed spiritual and health benefits.

“I’m not here to talk about what is healthy and unhealthy because at the end of the day anything consumed out of balance can be deemed unhealthy,” wrote Krista Scruggs in an email, a winemaker and owner of Zafa Wines. “But I will say that I myself prefer to eat and drink foods that I’m privy of the ingredients to make an informed decision if I want to put it in my body or not.”

The spirituality of natural wine is clear when you drink a bottle that has the ability to sincerely move you. It’s in the pull, in the buzz, it’s back to something that feels sacred and supportive of agriculture and the earth, making it a holistic experience drinking it.

“Not every bottle will be life-changing,” Mr. Ratapu wrote, “but just like how not every peach picked from the same tree will taste identical, each bottle will give you a slightly different view of the same place.” 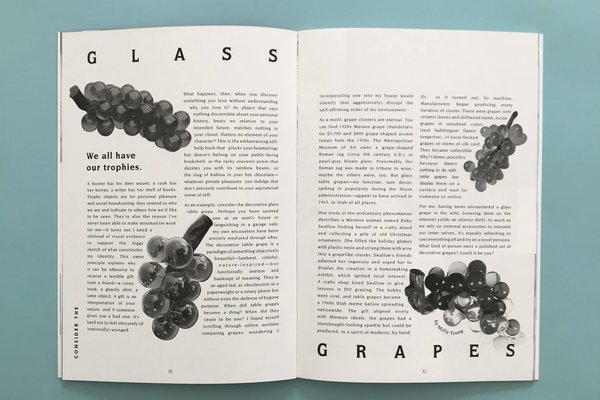