A MUM claims she and her kids have been "left to rot" in a mould-covered flat for seven months, meaning she's been forced to take time off work for anxiety.

Mum-of-two Niki Goodwin, 32, a financial contract co-ordinator, has been living in temporary accommodation in Horley, Surrey, for two years – with her kids Tyler, 11, and Riley, nine. 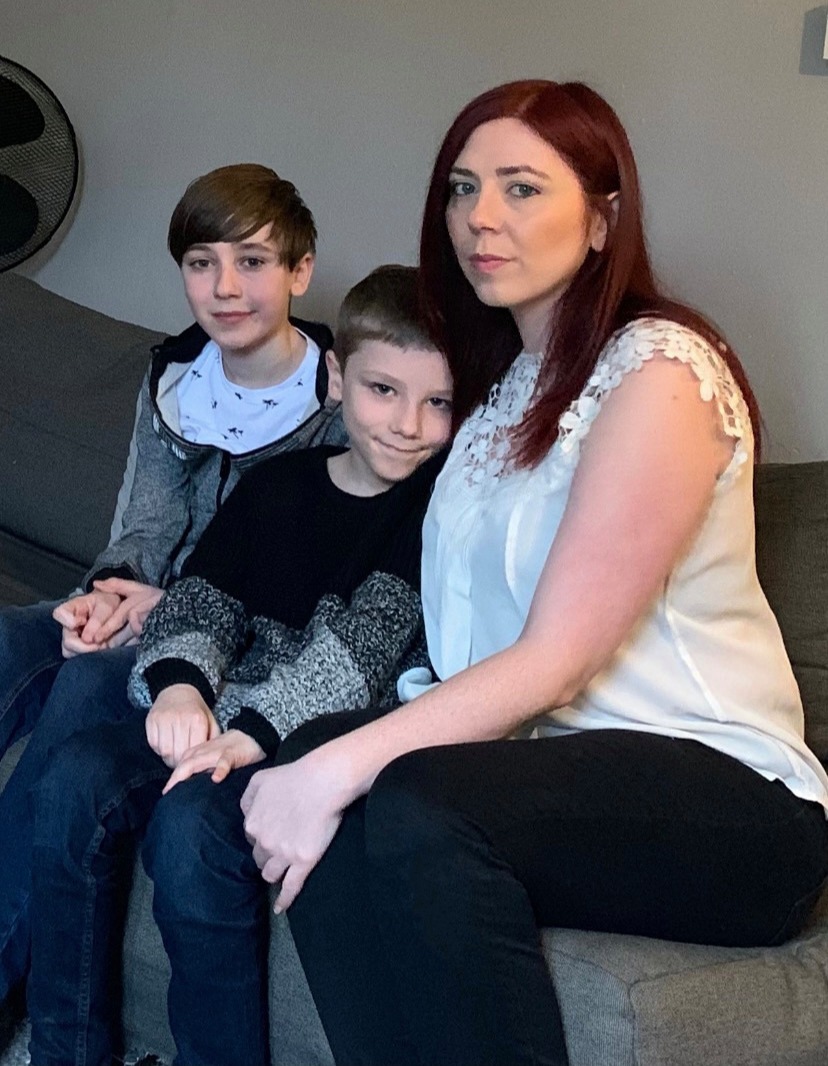 Since July, continual leaks have made their lives a misery – their possessions are covered in mould, Niki is struggling with her mental health and her son’s asthma is worsening too.

In an exclusive chat with Fabulous, Niki tells her story…

"The ground floor flat where we live is currently a health hazard.

The walls are covered in black mould, our sheets and carpet feel wet to the touch and the furniture, which was brand new when we moved in, is rotting all around us. 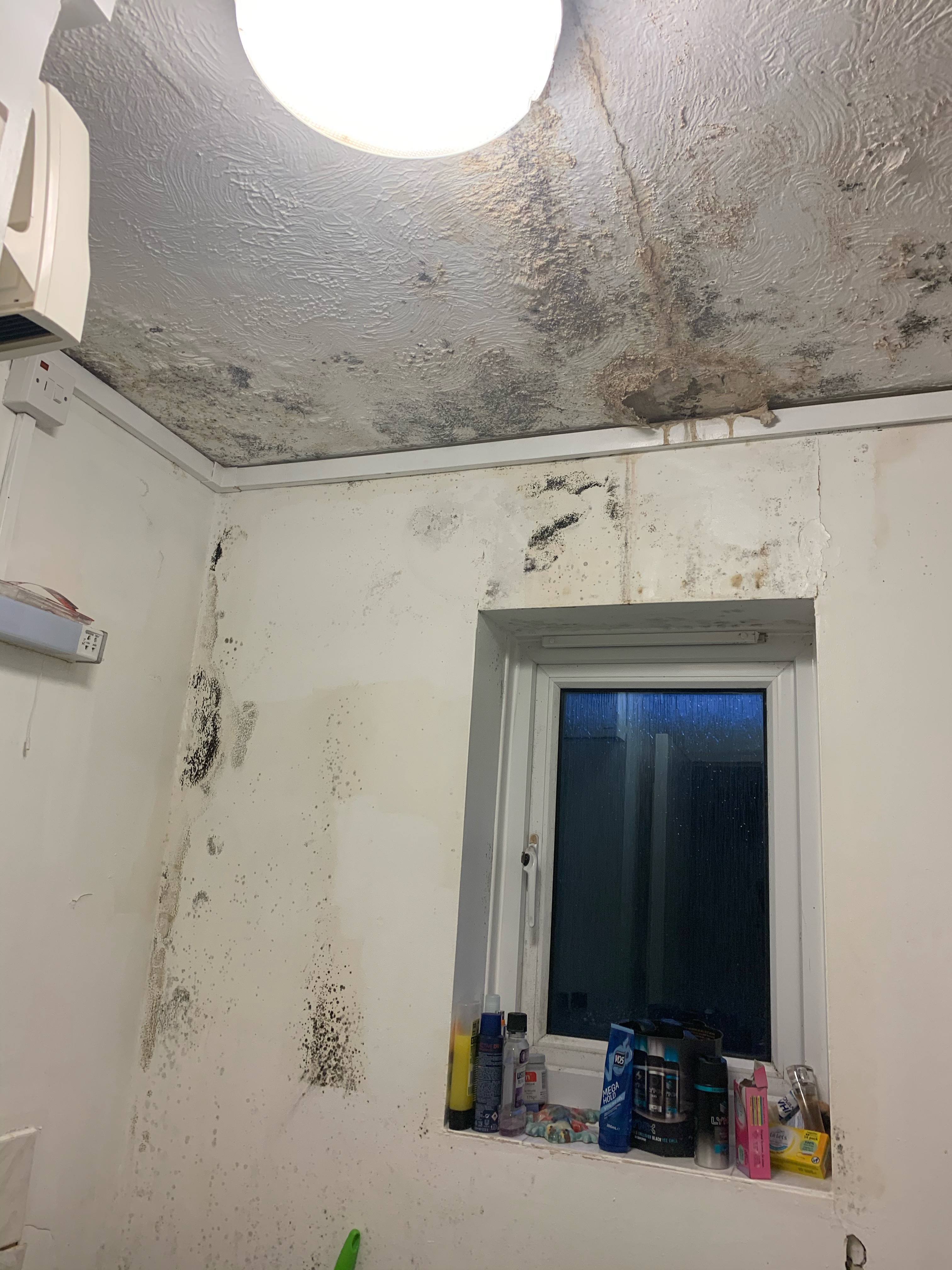 It’s so bad our shoes are falling apart, clothes are covered in mould and the bathroom ceiling is starting to fall down.

There’s even mould on the front door and heating the flat with our dated storage heaters is a struggle, they’re due to be ripped out as they’re so old.

We can even feel a breeze blowing through the house under the front and back doors.

There’s only one bedroom, and it’s so mouldy we are all forced to sleep in the living room on a pull-out sofa bed. We eat, sleep, work and do homeschooling in the same room – it’s disgraceful.

In January, Mum dropped a food parcel off and nipped inside to use the bathroom. She was horrified to see how we were living

When I moved in, the wall in the bedroom there was painted black. Now I wonder if that was done to cover the mould.

The flat was only meant to be temporary accommodation. When we moved in, in February 2019, I was told we would be here for around two to three years.

I’d split up with the father of my children a couple of years before and hit rock bottom. I was so depressed I even contemplated suicide.

I went to the doctor and was put on anti-depressants, which I’m still taking. To get back on my feet, I moved in with my mum for two years but the place was getting cramped so we asked Reigate and Banstead Council for help. 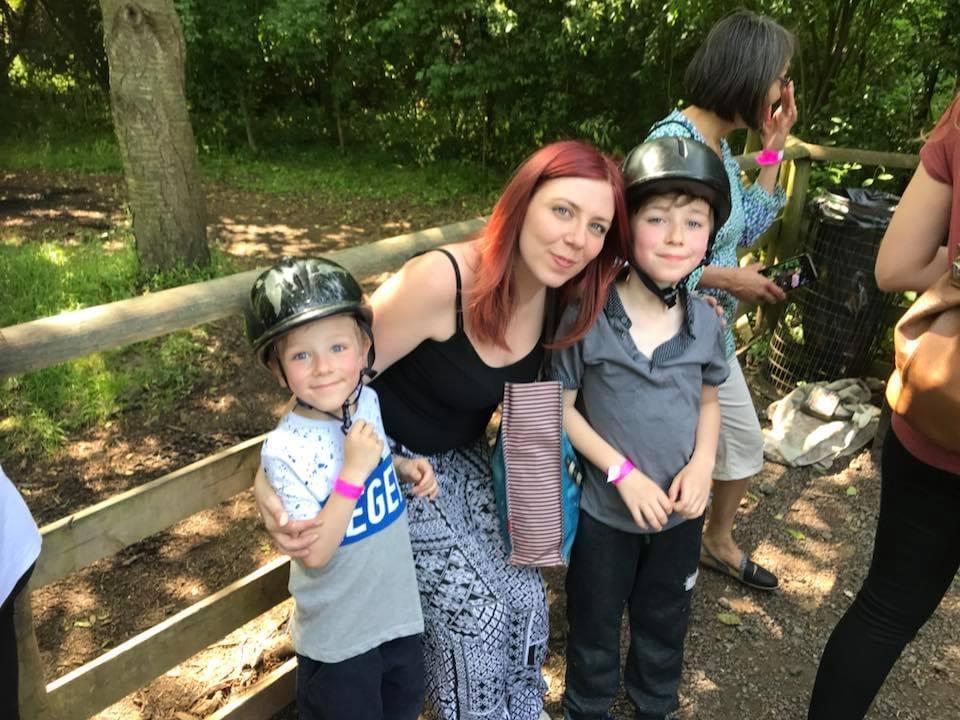 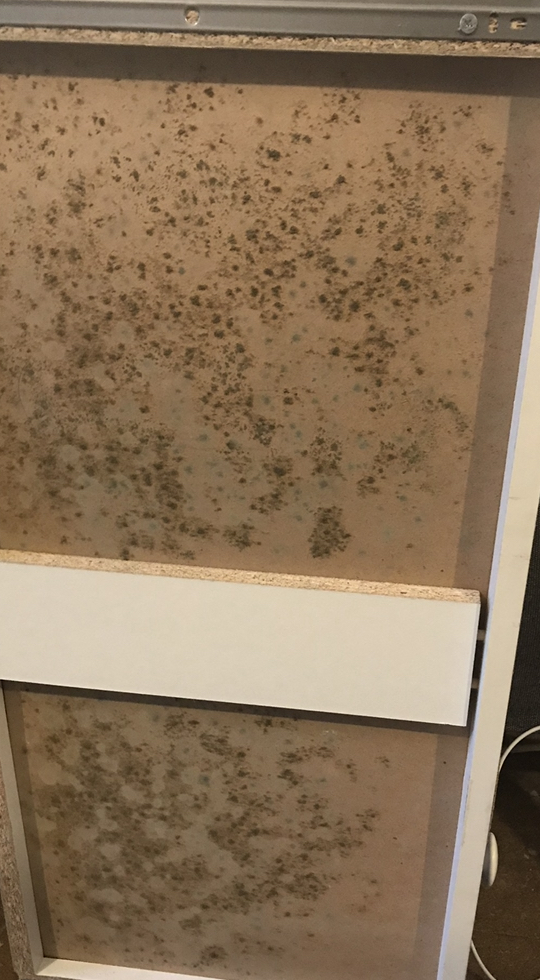 My mum lives in Epsom, which is where my kids go to school. I asked for accommodation nearby, but we ended up 13 miles from my mum, who’s a massive support to me. I’m now on the waiting list for somewhere permanent.

When the schools were open, it took us 90 minutes to get there in the morning.

We'd get up at 5.30am and I'd work from my mum’s house during the day, so I didn’t have to do the long trip twice.

Since lockdown, I feel like there’s no escape. I’m not sleeping and have had to be signed off work for anxiety

But now the situation is even more desperate, as we are here in lockdown 24 hours-a-day, seven days a week. The only respite my kids get is when they see their dad every fortnight.

As for me, I feel like there’s no escape. I’m not sleeping and have had to be signed off work for anxiety.

It all started in July, when water began leaking into my bathroom from the ceiling.

At first I could catch it in a bucket, so Accent Housing said it was “containable” and not an emergency situation. Because of the pandemic, I accepted that, but the problem got worse. 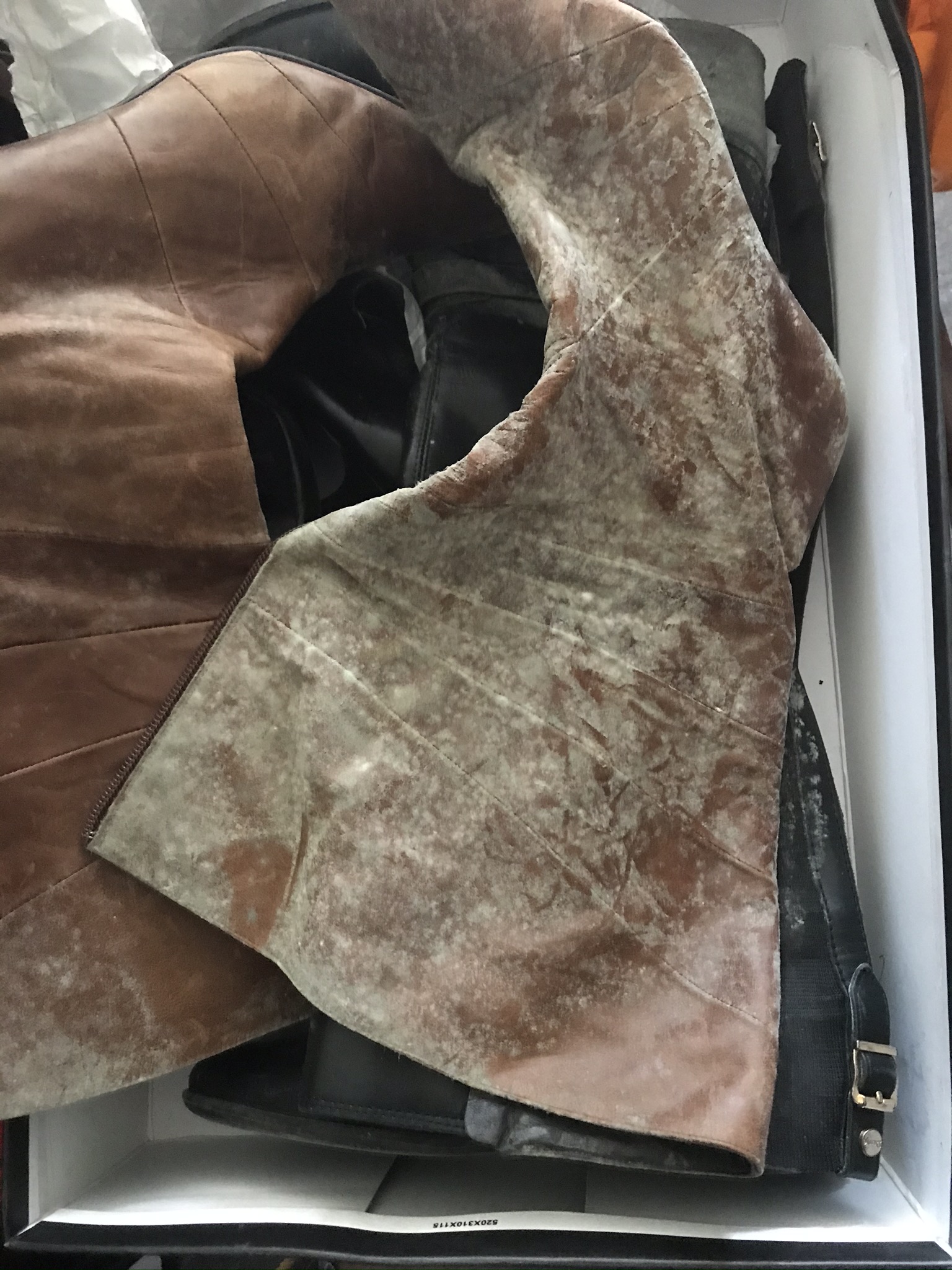 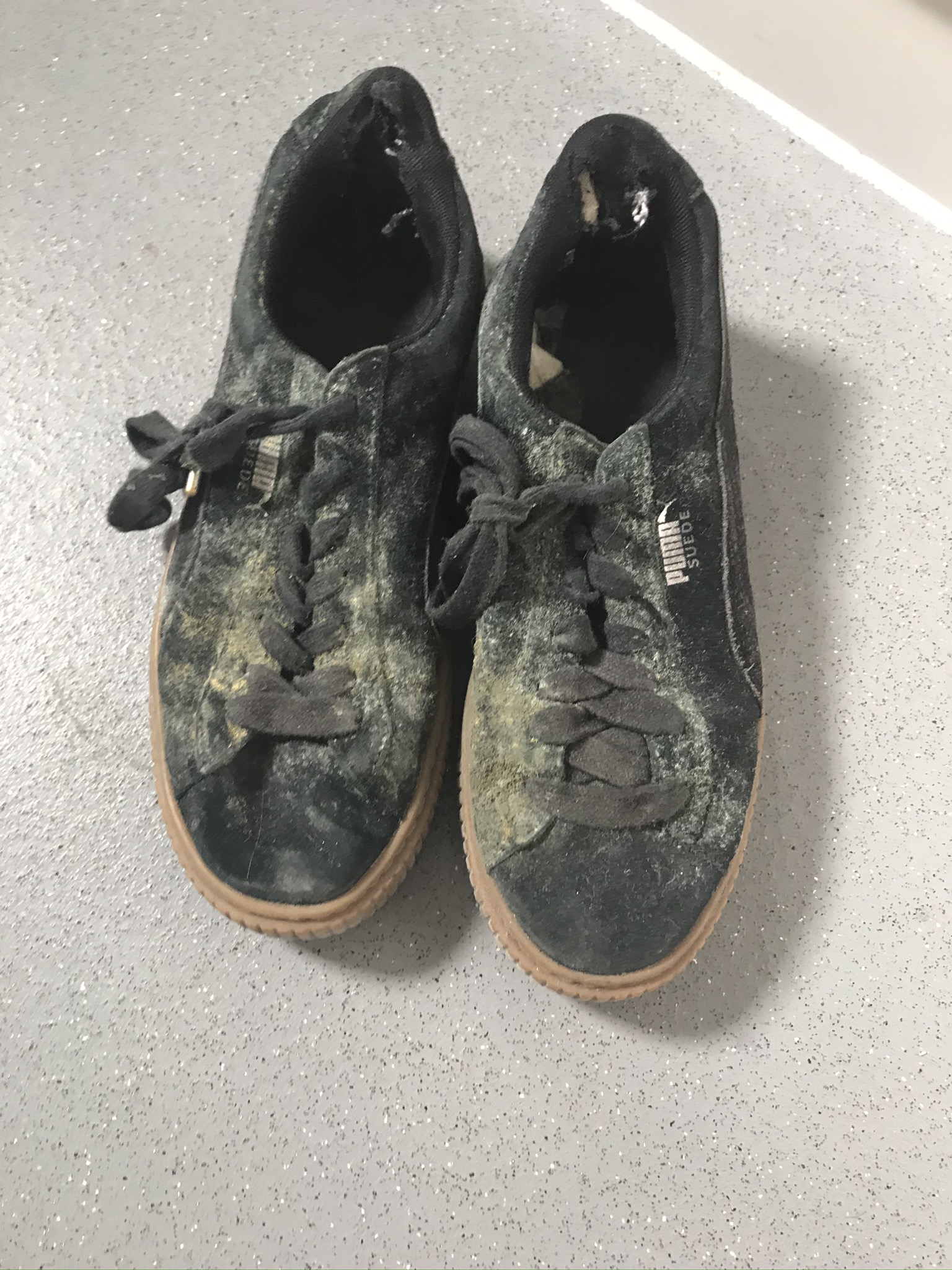 In September, Accent finally sent a plumber to the upstairs flat and told me it was resolved, but water was still coming through my sopping wet ceiling.

I must have called them around 35 times with no response before finally getting a direct mobile number for someone at Accent in December, which got things moving again.

I’d already bought a dehumidifier and they gave me another one, but I feel like I’m fighting a losing battle against the damp.

This flat is a health hazard. The walls are covered in black mould, our sheets and carpet feel wet to the touch and the furniture, which was brand new when we moved in, is rotting all around us

I also bought a hydrometer, which told me the moisture levels in the bedroom were at 71%. The recommended humidity is 30-50%.

Using the humidifier whacks up the electricity bill, which was already £70 a week just for the heating.

Accent have given me £400 to help offset the bills, but I’m worried they will spiral out of control as I leave the humidifier running all day. We only an an electricity meter, which is so expensive to use.

It’s never-ending – on January 30 the leak started again. It took me 2.5 hours to get a response on the emergency line, and when the plumber arrived he said he couldn’t resolve it, and they’d have to follow up. We’re now seven months on, and my flat is still a health hazard. 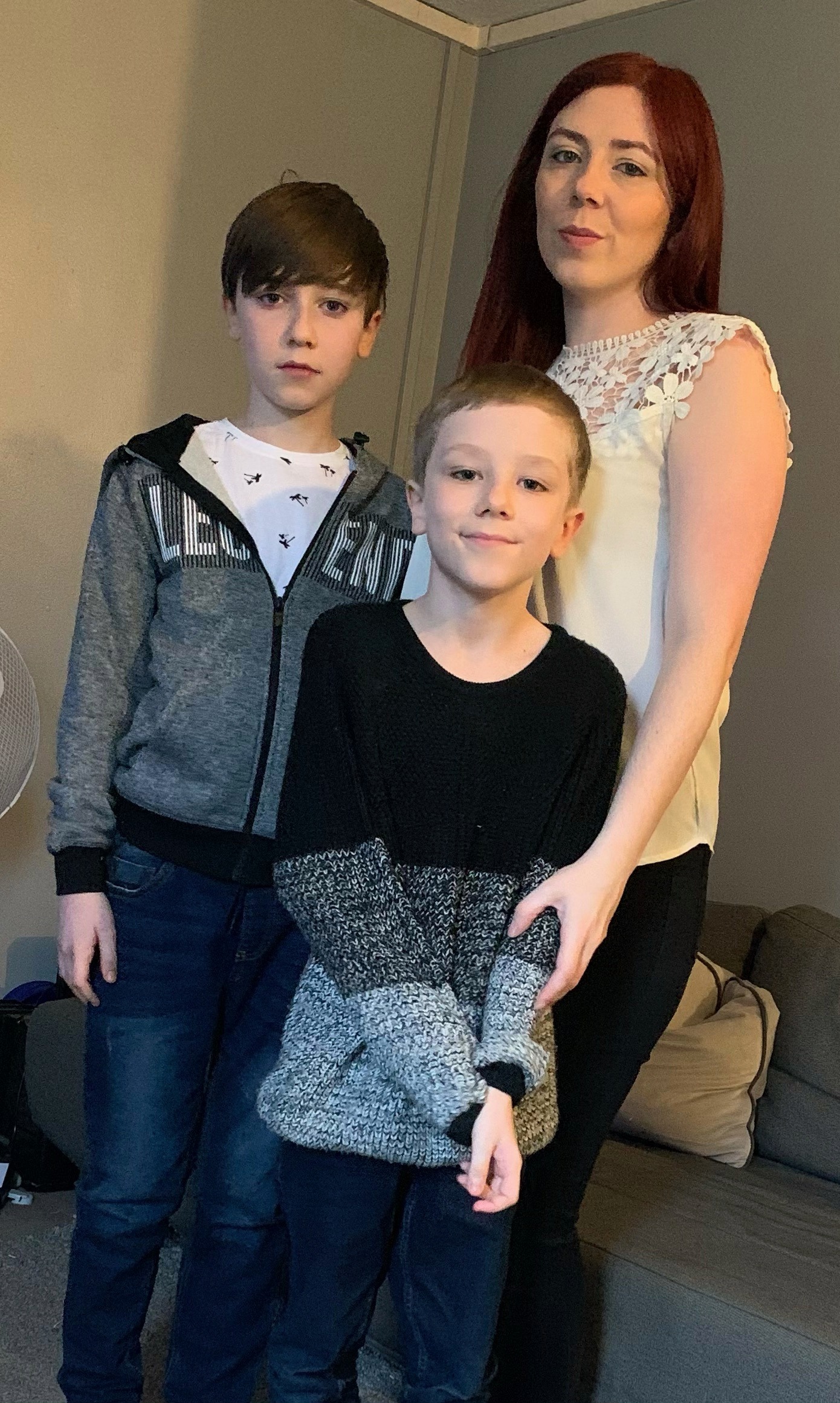 Tyler has asthma, which I think is getting worse because of the mould – a fear our GP shares. He sounds like he’s constantly congested and is using his inhaler a lot more. Our GP has also given him a nasal spray.

In January, Mum dropped a food parcel off and nipped inside to use the bathroom.

She hadn’t seen it for ages and was horrified to see how we were living. She wrote to everyone she could think of – Accent, our MP Claire Coutinho, Reigate and Banstead council.

Claire has been in touch, and with her involvement Accent are getting a move on. 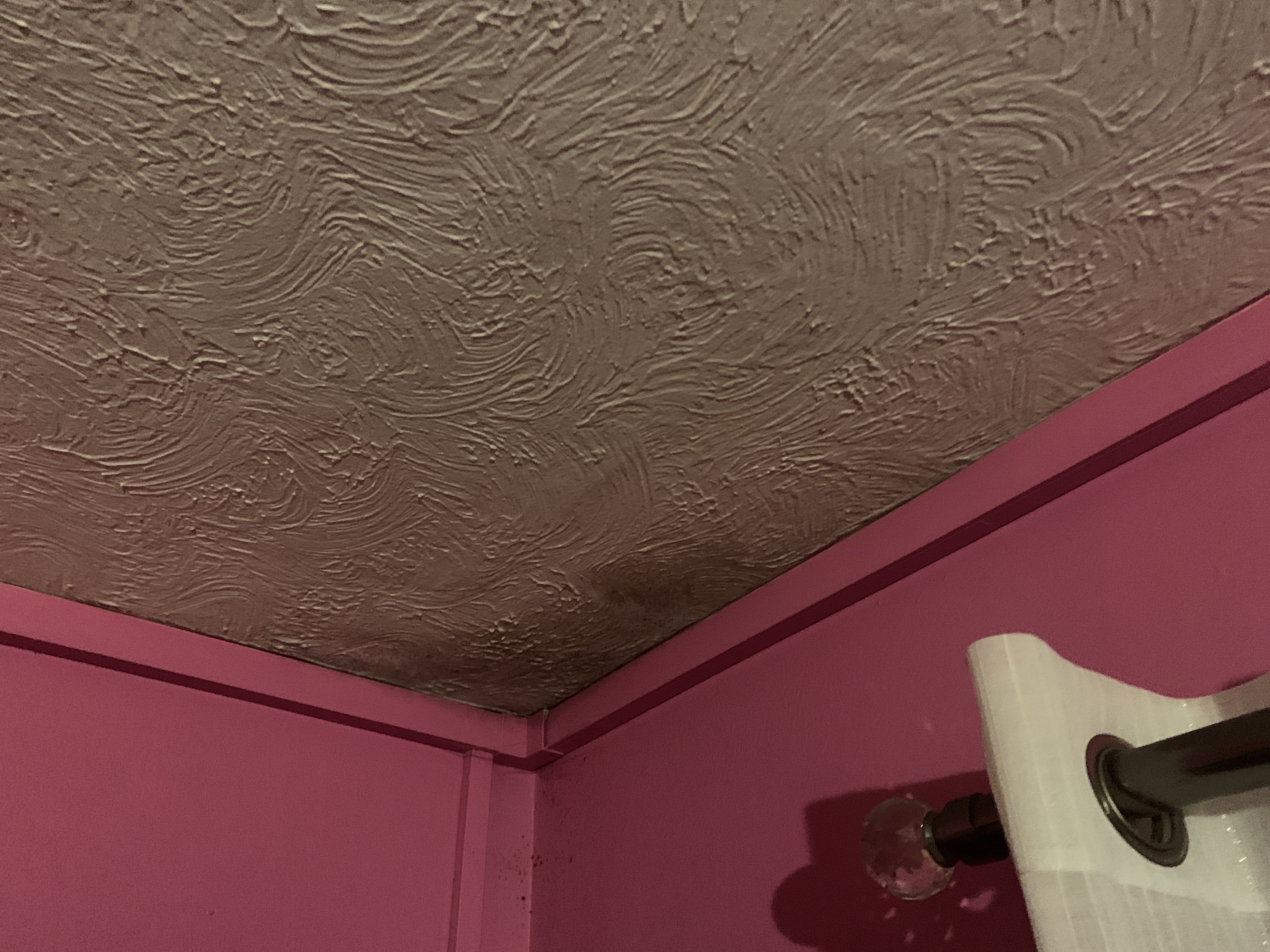 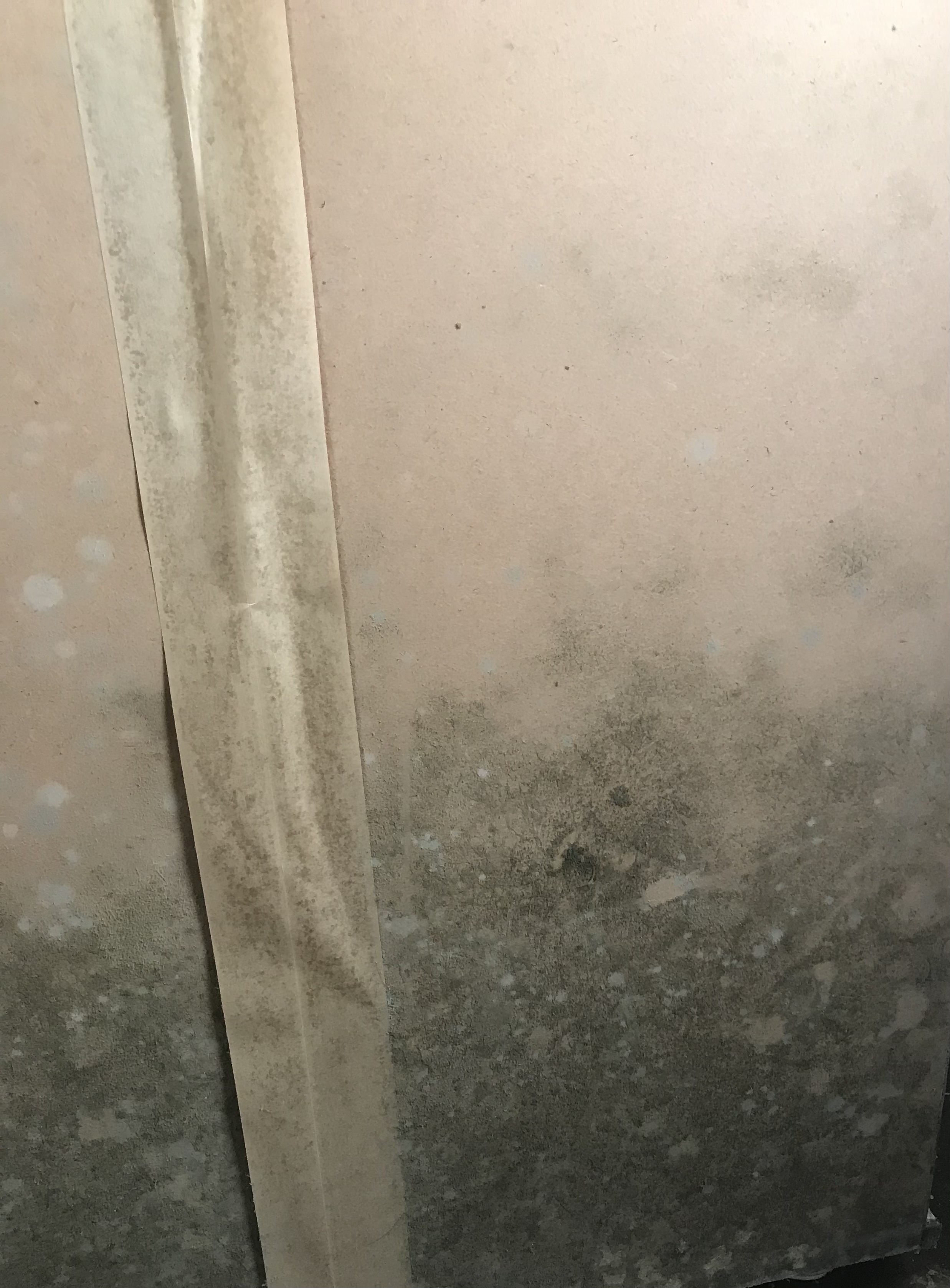 They sent someone to fix the leak and plastered the ceiling in the bathroom last week. I am now booked in for a mould wash and have had an extractor fan installed in the bathroom on Wednesday.

There’s been lots of movement in the last week, it’s just a shame it’s taken so long to get here.

These flats, which house mainly families and vulnerable members of society, are barely fit for us to live in. I hope I am next on the list to move to somewhere permanent, but I know residents who were here for four years.

We need urgent action now. I’m glad the flat’s getting redecorated and replastered, but ideally I’d just move out. This flat isn’t fit for kids to live in – it’s affecting their health, and my mental health."

A spokesman for Accent Housing said: “We are sorry that Ms Goodwin has had to report a number of leaks in the property she lives in. We apologise for the inconvenience and distress these have caused.

“Unfortunately, we did not identify the exact source of the leak to begin with, which has resulted in it persisting for much longer than it should have under the guarantees of service we offer. To the best of our knowledge, the source has now been identified and fixed as necessary. We have also fixed the damage the leak has caused to Ms Goodwin’s ceiling and carried out a full safety check on her electrics.

“Unfortunately, the amount of water penetration means that some black mould has since appeared and some tiles have been displaced. These jobs are currently with our contractors to be resolved as an emergency. We will attend to them as quickly as possible, but some jobs are taking longer than they would under normal circumstances due to the impact of the pandemic.

“Our priority is always the health and safety, wellbeing and comfort of our residents at all time. We would like to sincerely apologise to Ms Goodwin and her family for the distress all this has caused. We are in contact with her about the service she has received, and we will make sure any further problems, should they ever occur, are sorted quickly and in line with our service standards.”

A spokesman for Reigate and Banstead Council said: “We are aware of this case, which was reported to our environmental health team on 11 January. Officers have been in touch with the housing association and have spoken to and emailed both the tenant and her mother. The cause of the leak has been identified and repairs were due to take place on February 2. We will be checking with both the housing association and the tenant to confirm that the repairs were successful.

“We currently have more than 800 households on the housing waiting list and over 200 awaiting a transfer from their current property. Just over 300 homes become available across all bedroom sizes, including sheltered accommodation, for us to nominate to each year. We don’t hold any housing stock of our own. We are committed to helping people in housing need, however COVID-19 has exacerbated the housing and homelessness situation in the borough and we have many more people in both emergency and temporary accommodation and experiencing homelessness than usual.”

We previously spoke to a dad who was homeless for a year with his six-year-old daughter and was put in a home with drug addicts and alcoholics.

Meanwhile, this woman was a single mum on benefits, now she works two hours a week renting out other people’s homes and her business is worth £2m.