STUDENT Abi Willis thought she’d planned the perfect romantic getaway to celebrate her one-year anniversary with boyfriend Harry Clapham – until she got ill.

When Abi’s sunstroke doused their passion, love rat Harry, 20, sneaked out of their hotel room for secret sex with a girl they’d BOTH shared drinks with in a bar. 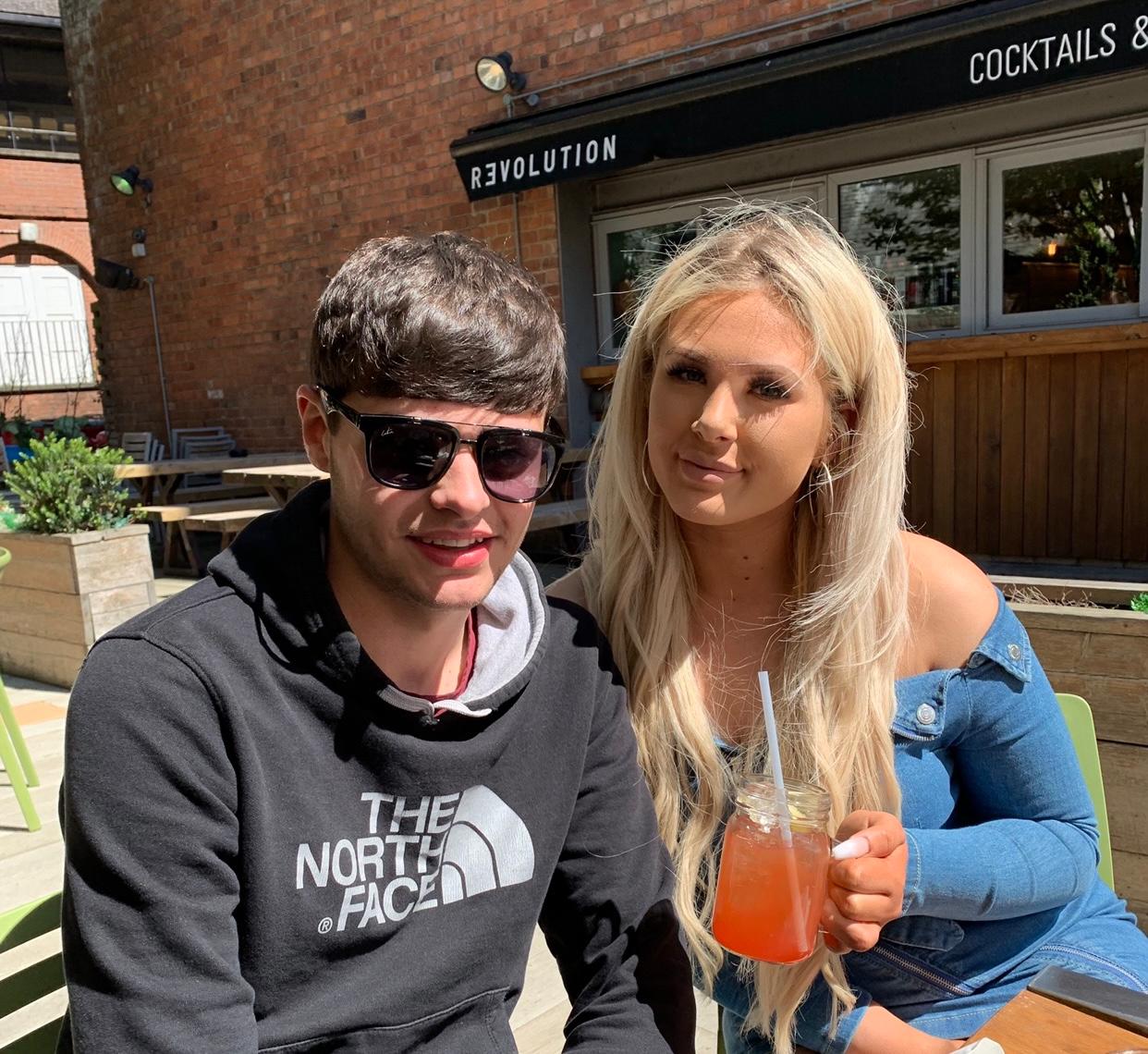 The 21-year-old, from York, said: “Harry always liked to think of himself as a bit of a player. I was his first serious girlfriend and thought he was willing to settle down.

“Instead he proved me wrong in the cruellest way imaginable while we should have been celebrating our anniversary.”

Abi and Harry got together when she was 19. She says pals warned her off Harry – who she’d known since their school days where he was in the year below her. 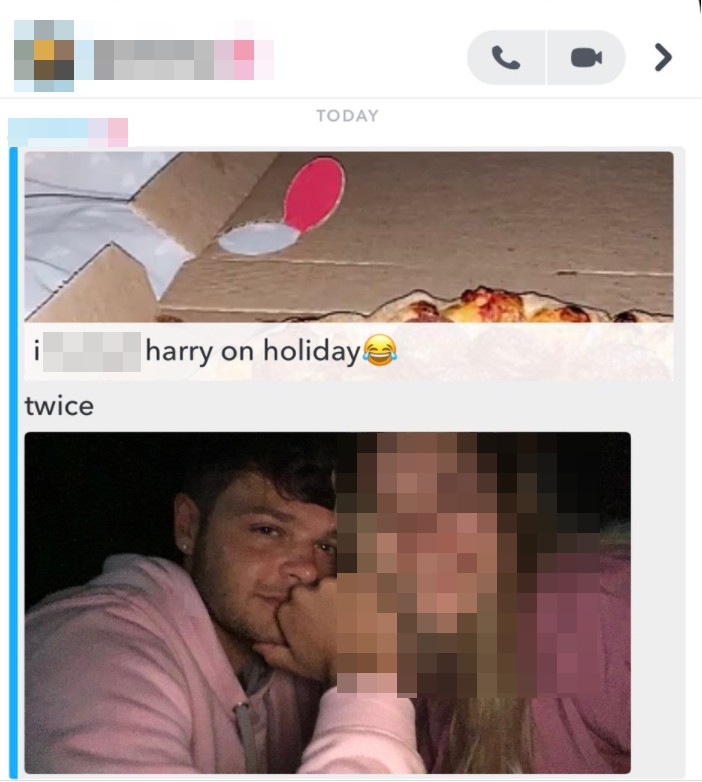 “He always had girls, but he was never in a relationship,” Abi says.

“Even his friends would warn me: ‘You don’t know what you’re getting into.’ But I was blindly in love.”

In spring 2019, the couple began discussing plans to celebrate their first year together.

By June, they had booked a 10-day trip to Gran Canaria after popping into a travel agent's.

It did impact on our sex life because I felt so ill, but I never in a million years thought he’d go looking elsewhere for it, especially while we were on holiday together

Abi says: “We only went in to have a quick look, but ended up ringing my parents to lend us the £1,200 to book a trip.

“I’d been abroad with girlfriends before, but Harry had never been on a lads’ holiday.

“In preparation, we did loads of shopping together. I had my eyelashes and nails done, and picked out some new bikinis.

“I was envisioning romantic meals, lazy days by the pool and maybe a couple of nights having one too many drinks.” 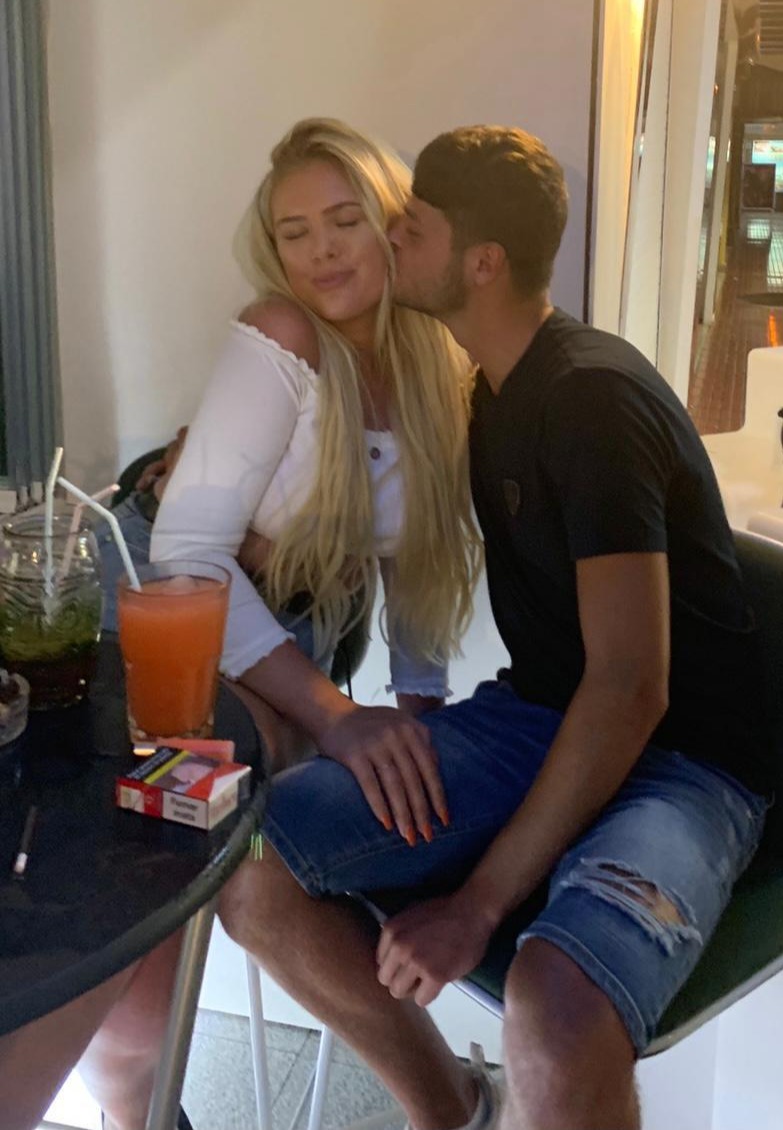 In September 2019, the pair jetted off on holiday and checked in to the swish Ocean Hill Hotel in Puerto Rico de Gran Canaria.

“It was a gorgeous place,” says Abi. “Very modern and minimalist, decorated in white, creams and pale blues. There were three pools, a bar and restaurant. It was perfect.”

On their second night on the island, the pair got chatting with a Brit called Susie* and her friend after a chance encounter in a bar.

I crashed out about 11pm. All my friends know me as a famously heavy sleeper – I slept right through until the next morning when I woke with Harry beside me, asking how I was feeling

“They overheard Harry saying he’d run out of cigarettes and offered him one,” explains Abi.

“We ended up sitting together and having drinks. They were a good laugh, just having fun on their first holiday together.

“I remember Harry had a bit too much to drink. There was an odd moment where he went to the loo and Susie suddenly got up to go, too.

“They walked out of the loo together moments later. I felt there was something not quite right, but I pushed it to the back of my mind.

“Susie was younger than us, I just couldn’t see Harry being interested in her.” 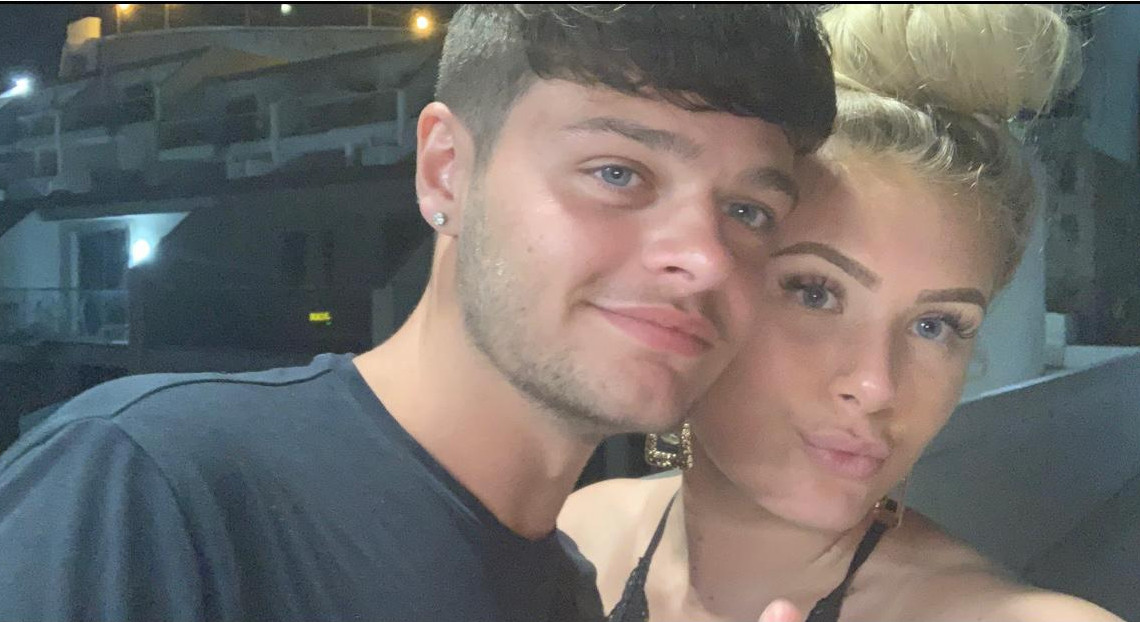 The four swapped Snapchats and phone numbers so they could keep in touch and arrange another night of partying.

But in the meantime, Abi overdid it working on her tan, and ended up with sunstroke.

“I really wasn’t very well,” she recalls. “My nose was blistered and my cheeks and chest were bright red.

“There was one point when we went shopping when I actually passed out in the mall.

“Harry was really good about it, getting me water and sitting in the shade with me.

“In the evenings, I was probably pushing myself harder than I should have to go out and have fun, because I was conscious of the fact it was Harry’s holiday too and I didn’t want to spoil it.

“It did impact on our sex life because I felt so ill, but I never in a million years thought he’d go looking elsewhere for it, especially while we were on holiday together.”

I was physically sick. I couldn’t imagine the mindset of someone who gets into bed with his girlfriend, then leaves her alone in a hotel room and sneaks out to have sex with someone else while she’s asleep

On their third-to-last night, Abi recalls seeing Susie and her friend sat outside a local bar.

“I looked at her to smile ‘hello’ and she just looked away,” says Abi.

“I said to Harry ‘what’s that all about?’, but he just shrugged as if to say ‘no idea’.

“It got to our second-to-last night and we were out having drinks with a lovely couple we’d met earlier in the week.

“We’d been for meals and on trips with them. I wasn’t feeling the best and was sticking to soft drinks. In the end I had to cut the night short as I was feeling so rough.

“Harry came back to the apartment with me and we both got in bed together.

“I crashed out about 11pm. All my friends know me as a famously heavy sleeper – I slept right through until the next morning when I woke with Harry beside me, asking how I was feeling.” 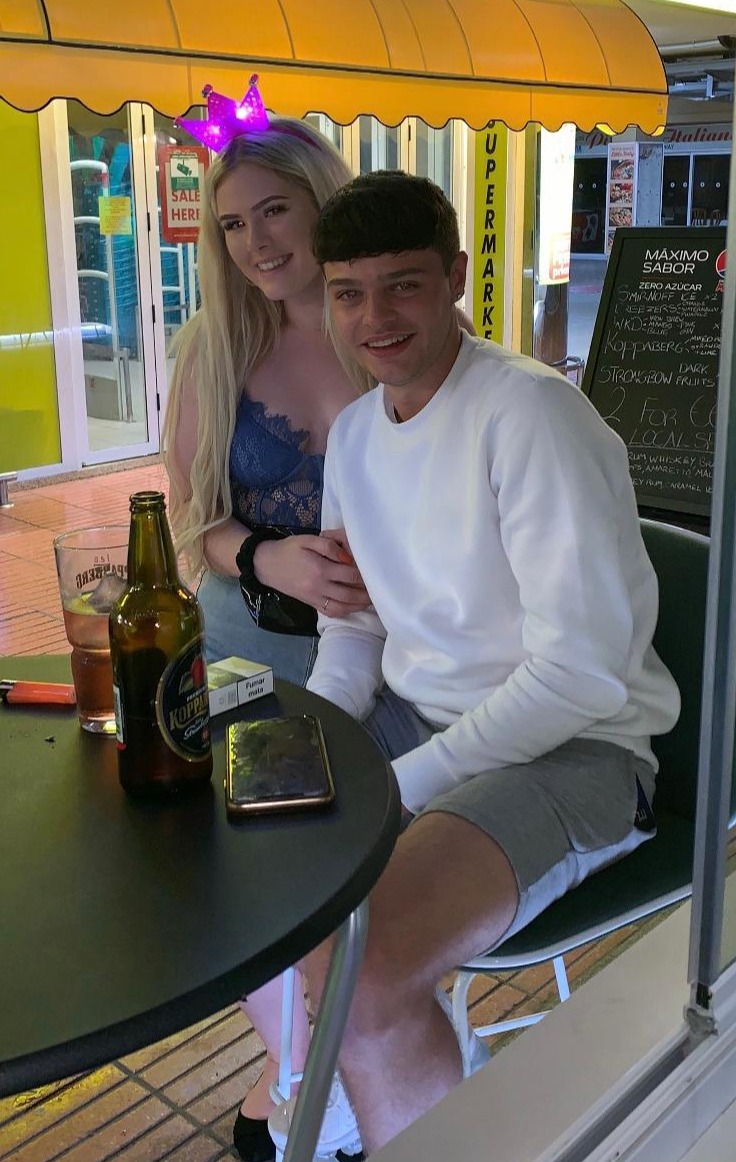 On their final night in Gran Canaria, Abi and Harry encountered Susie and her pal in a bar – but Abi says the pair initially blanked them.

“I looked over and they turned away,” she says.

“I told Harry I thought it was really odd, but he made out that I was being paranoid. My stomach was in knots, I could just feel something was off.

“In the end, I went over to them, made a point of saying hello and offered to get the drinks in as it was our last night.

“It was a really odd atmosphere and at one point I remember Susie asking Harry if he’d ever go on a lads’ holiday.

“Harry replied that he didn’t need to while he was with me.

“Then Susie said to him, really cattily: ‘Isn’t it true that what happens on holiday stays on holiday?’

“It was such an odd thing to say – like she was trying her hardest to get between us.

“In the end, I drank my way through it and pushed my fears away again.”

Abi says: “My little brother Alec absolutely worshipped Harry but the day came for his 18th and Harry hadn’t even bothered getting him a card.

“We ended up arguing and by then I’d had enough, so I asked him to leave. He kept saying he loved me but I insisted it was over.”

Eight days later, Susie messaged Abi out of the blue on Snapchat.

Her message read: “I f**ked Harry on holiday” followed by the crying with laughter emoji.

As a kicker, Susie had added the word “twice” and sent a photo of herself with Harry.

Abi explains: “She said he’d gone to her hotel while I was in bed and they’d had sex.

“She thought it was time I knew, in case Harry was still my boyfriend. The fact that he wasn’t didn’t make me feel any better.

“I was physically sick. I couldn’t imagine the mindset of someone who gets into bed with his girlfriend, then leaves her alone in a hotel room and sneaks out to have sex with someone else while she’s asleep.

“It was so malicious and calculated. And the very next night we’d all been sat having drinks together as though nothing had happened – I was the only one there who didn’t know.

“I felt like our whole relationship had been a lie.

“I called Harry and he tried denying it at first, but in the end he said ‘yeah, I f**ked her’, and hung up the phone."

He says: "I did regret it yeah, of course I did. But then I found out she cheated on me before the holiday too.

"I don’t really want to have an input. I've already apologised to her."

Abi denies cheating on Harry. He was given the chance to provide proof of her cheating, but declined.

Abi says her mental health has suffered as a result of her experience, and the thought of travelling abroad – even with girlfriends – makes her anxious.

“It’s made me question who I can trust,” she says. “If someone who I was so close to could be so hurtful, who else could hurt me?

“But I know that’s the wrong way of looking at it – it’s Harry who wasn’t good enough for me.”

*Susie is not her real name.