A BRITISH model has caused quite a stir after posing up a storm in a tiny yellow see-through crop – but has hit back at critics who questioned the unique design in the best possible way.

Charli Howard, 29, shared some snaps online as she strutted down a London street wearing the revealing number, which featured long sleeve-detailing and an eye-catching underwire which left her boobs exposed. 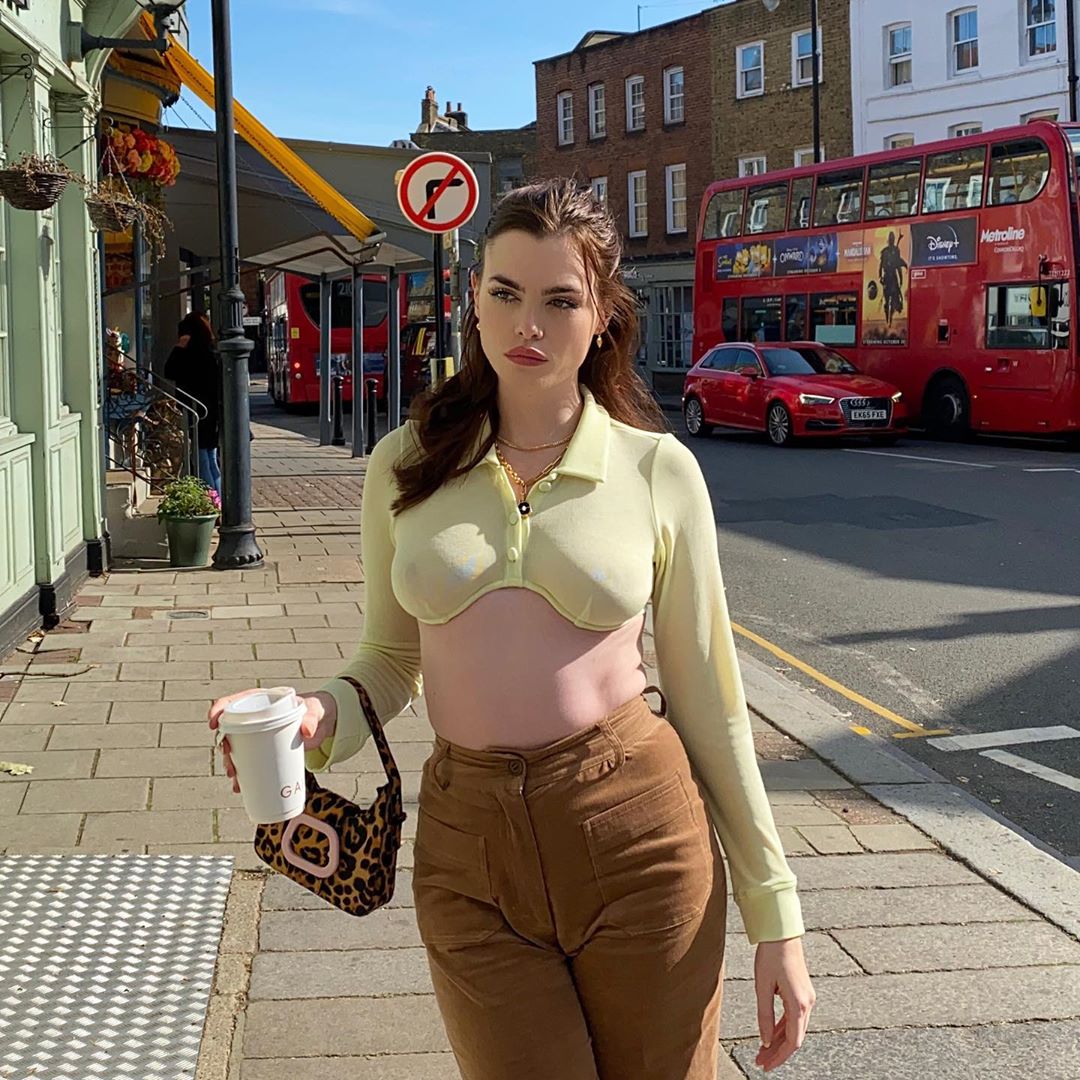 Body positivity activist Charli has posed for a number of racy lingerie companies, including Agent Provocateur and Honey Birdette -so she's not at all shy when it comes to flashing some skin.

But her Instagram followers didn't take well to the "underwire polo", which she teamed with some high-waisted trousers.

Charli, who is the founder of vegan beauty brand Squish, wasn't having any of it, though, and made sure she replied to the hateful comments in the best possible way.

“How many people pointed out that its see-through??” one follower asked, to which Charli responded, “One – your dad.” 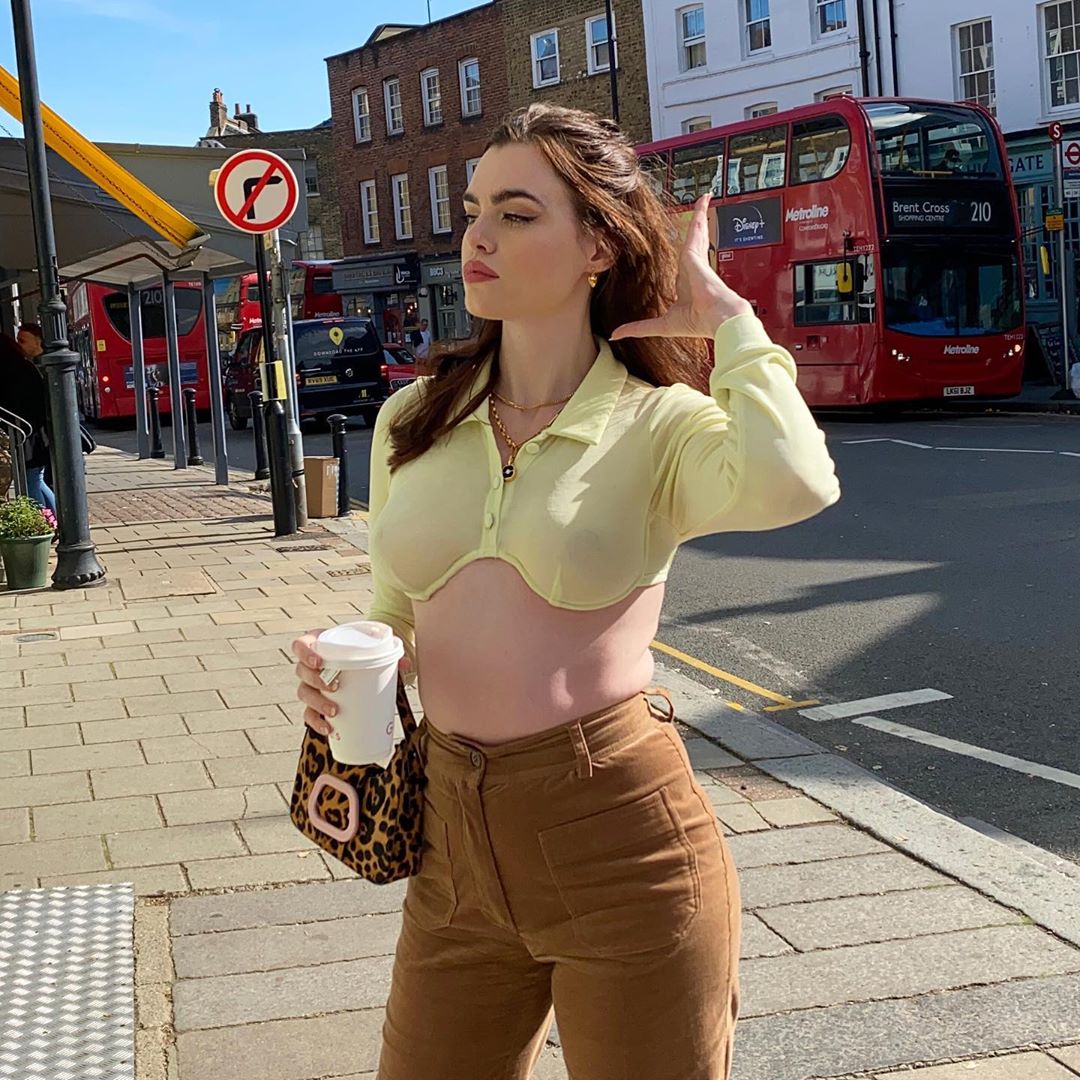 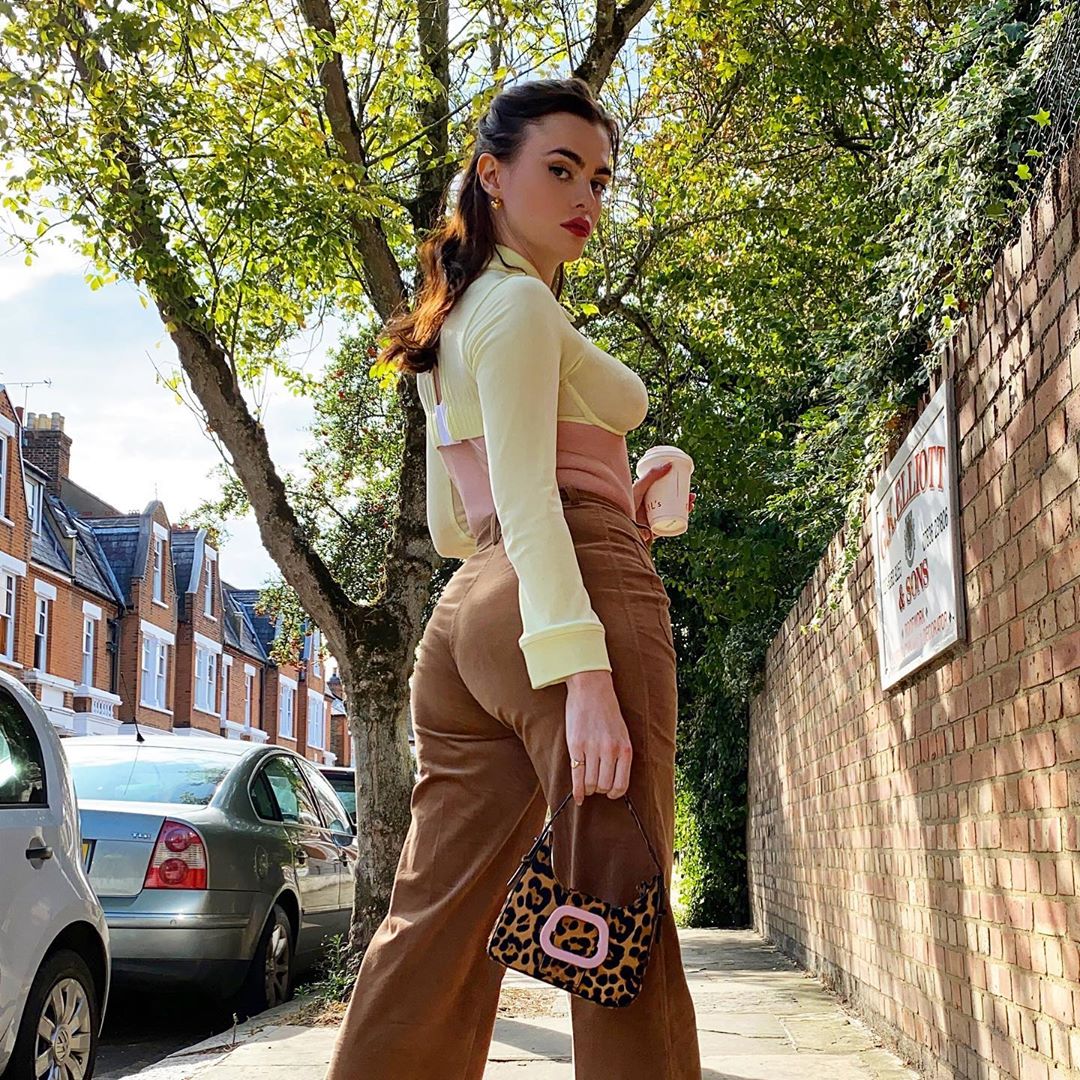 Another added: “That’s a weird shirt,” with Charli quick to reply, “Don’t buy it then, bye.”

One fan even questioned the practicality of the controversial number, saying “you are so gorgeous, but no to that shirt. The underwire looks so uncomfy”

But Charlie set the record straight on that one too, and replied saying: "It’s actually so supportive and you feel ‘secured in.'" 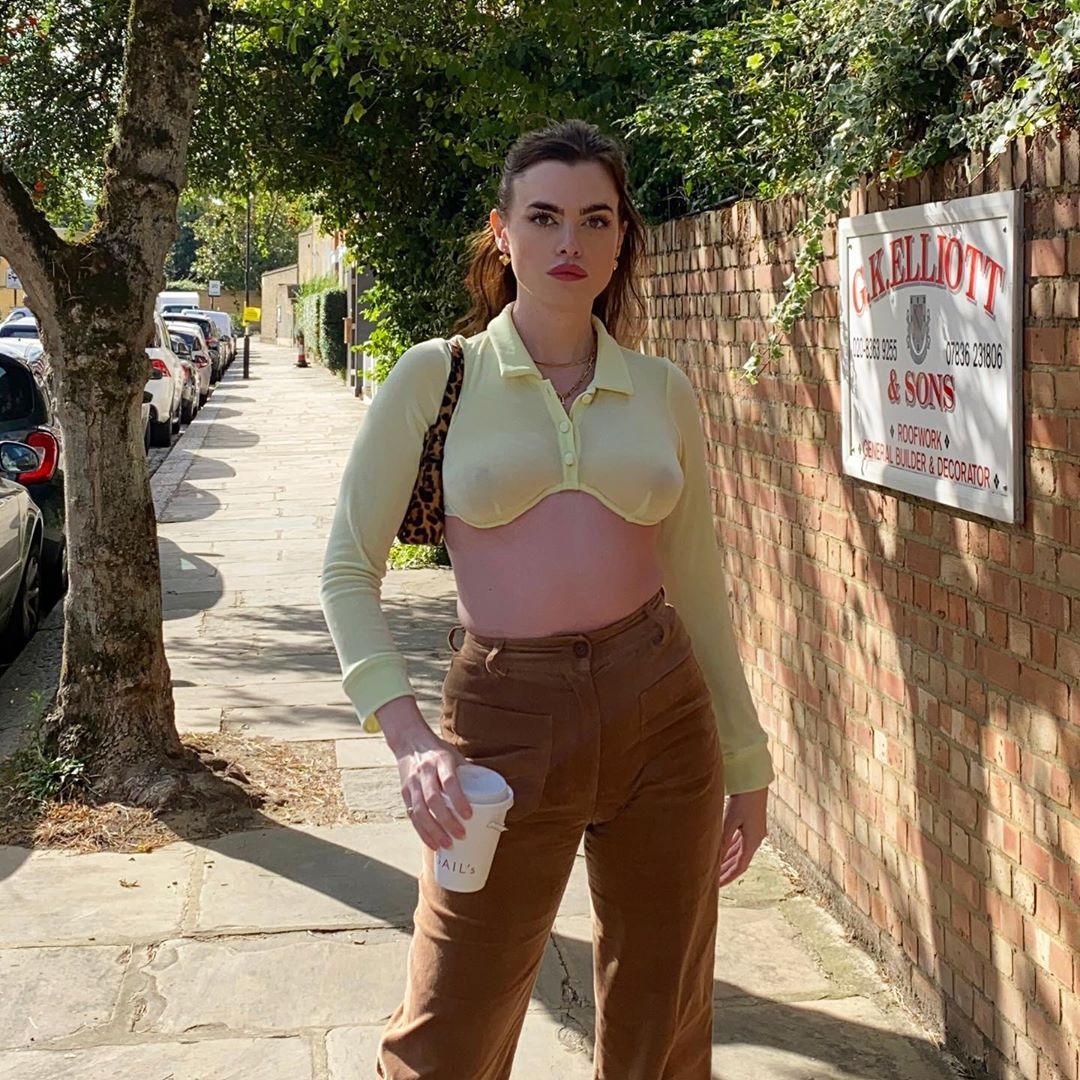 The boob-bearing garment was designed by US label Mirror Palais, and also comes in navy,which is slightly less daring than the chosen canary hue.

Fellow model Bella Hadid has also sported $455 (£253) piece, so there's very little wonder why some were fans of Charlie's get up.

“Holy hell Charli!” one fan wrote alongside with a fire emoji. 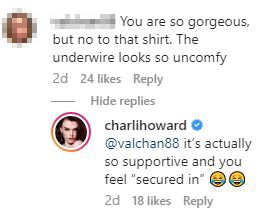 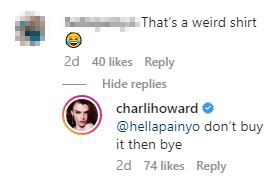 “I feel like this is ‘sexy scooby doo vibes’ … and I mean that as THE HIGHEST compliment,” another wrote.

While a third added: “Omg! I wished I had the confidence to wear something like that too!!! Love it”.

According to News.com.au, the crop top has since sold out with a six to eight-week wait until it’s back in stock again. 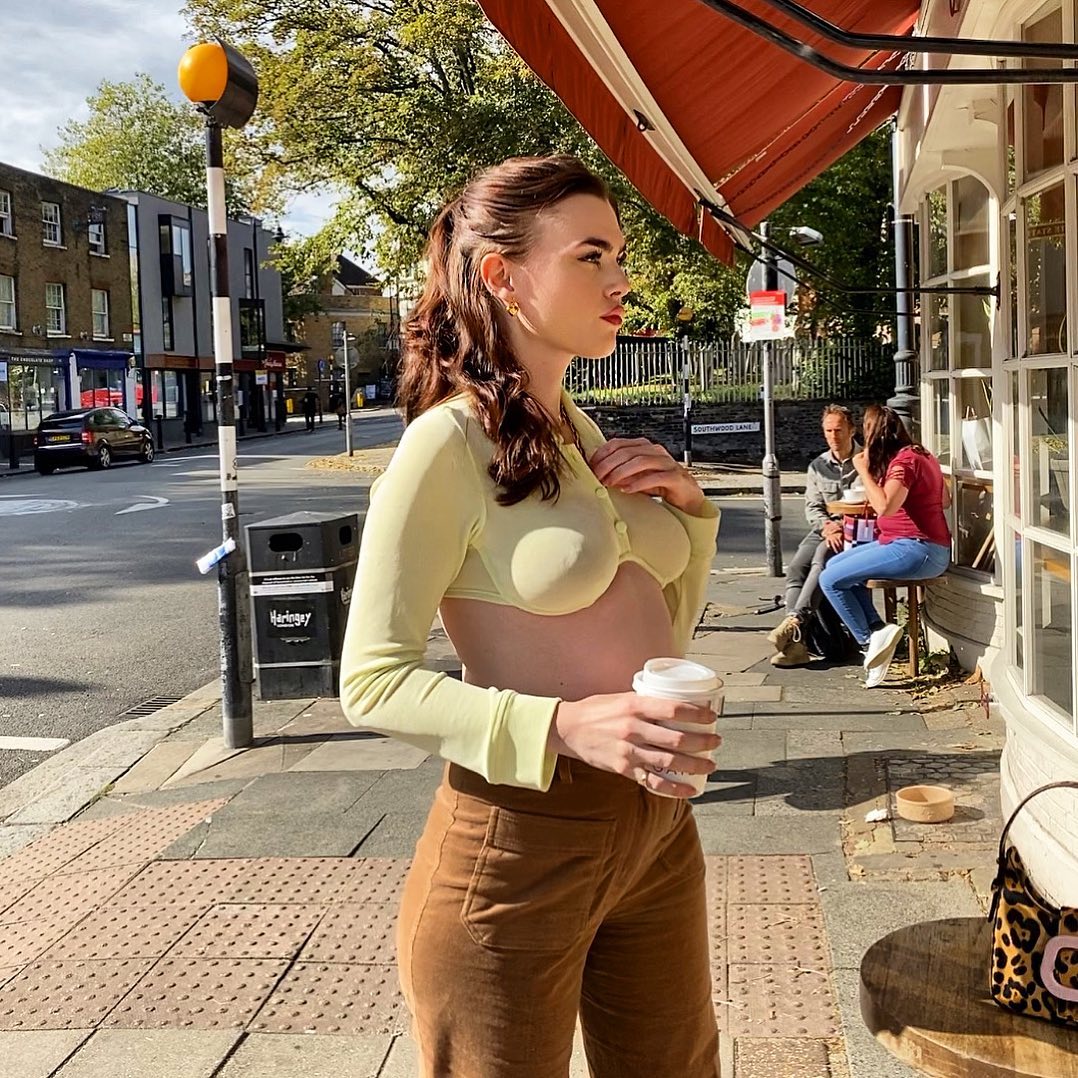 Vote in our Good Influence Awards and win £500

Fabulous is launching its Good Influence Awards to celebrate women using their platforms for good, turning social media into an empowering space.

To be in with a chance of winning £500,vote for your faves before 11.59pm on Sunday September 20 to and help us decide the shortlist.

The winners will be selected by our judges Maura Higgins, Katie Wallwork and Nana Acheampong.

What are you waiting for? Get voting!

We also shared how Primark shoppers are raving about this £8 bag and reckon it’s just like the £585 Prada version.

Plus a thrifty shopper revealed how her entire wardrobe is second hand from charity shops – including her favourite boots which cost 20p.