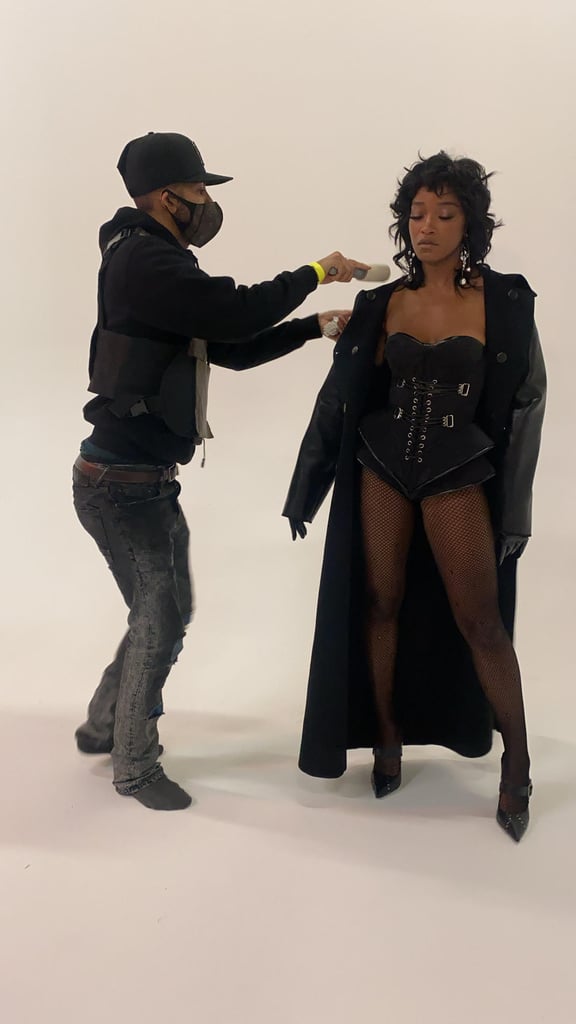 Mickey Freeman Lets Us In On What It’s Like Styling Keke Palmer: “She’s a Chameleon!”

You may not know Mickey Freeman, aka MickeyBoooom, by name, but chances are you’ve probably seen his work on the red carpet since he styles some of the biggest names in the industry. The fashion stylist and designer, who’s repped by The Only Agency, is clearly one to watch within the fashion space, which is why we spoke with him to learn more of his story.

“I jokingly tell people that I’ve been styling since I was a child because I’m my own muse,” Mickey said. “The idea of styling as a career was always inside of me. As I became an adult, I began developing the necessary business acumen to make it a reality, along with the understanding that the journey would not be an easy one and that it would require a great deal of hard work. My professional journey began with many round-trip charter bus rides from my hometown of Philadelphia to NYC, lugging suitcases full of clothes I paid for out of pocket to shoot with fashion photographers that I connected with online. After much prayer, persistence, and perseverance, my dreams began to manifest.”

Clearly, those dreams became a reality, as we’ve continually been seeing his work on A-listers. “I have a ton of celebs whom I’ve styled that I would say are my favorite,” Mickey revealed when asked about his clients. “Many of those celebs are actors, including Peyton List, Dascha Polanco, Brett Gray, Dylan Sprouse, Aldis Hodge, Ella Anderson, Keke Palmer, and the list goes on! Other celebs that are in the music industry include Dave East, Tamar Braxton, and Lil Mama,” Mickey told us.

Keep scrolling to read more of our interview where we learned what it’s been like working during the pandemic, who some of his favorite designers of the moment are, and more about Keke’s style. There are even some behind-the-scenes styling pictures!