Melania Trump stepped out in a fit and flare black coat as she joined her husband, Donald Trump, at Shannon Airport in Ireland. The pair showed up at the airport to head to Caen, France, to commemorate the 75th anniversary of the D-Day landings. This trip comes after a 3-day state visit to the UK at the beginning of the week and one day spent in Ireland. Melania paired the coat with black stilettos and large black sunglasses.

The black coat featured four large buttons which were fastened up down the front.

It had an open V-neck and Melania was seen to keep her neck bare and not wear jewellery.

The coat nipped in at the waist before it flared out into a loose skirt which showed off her bare legs.

Cutting off just above the knee, glimpses of a knee-length black dress could be spotted underneath.

Melania matched this outfit with black stiletto heels which had a large silver buckle on the front. 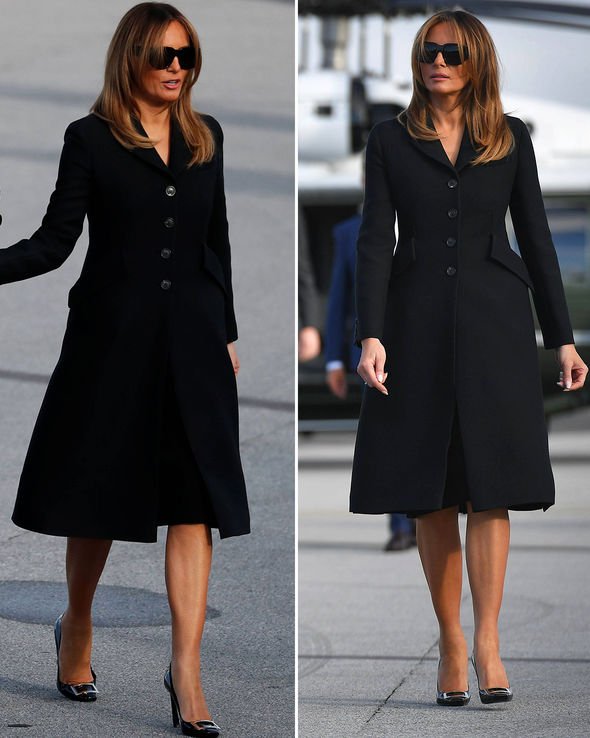 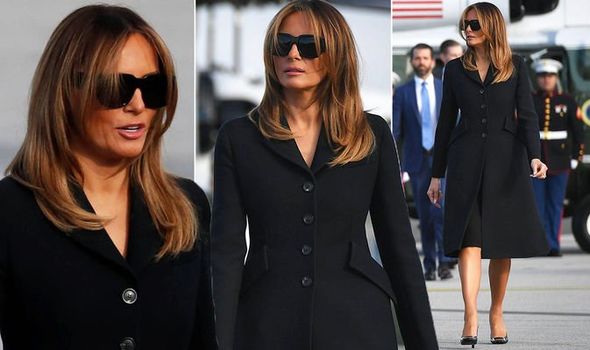 The former model kept her make-up simple with a slick of bronzer and pink lipgloss.

She styled her hair into a straight blow-dry and she held hands with Donald Trump to board the plane.

Melania and Donald headed to the UK on Monday 3 June for the start of their state visit.

During the time, the couple met with members of the Royal Family and the Prime Minister.

Yesterday, the attended a service held in Portsmouth to commemorate the anniversary of D-Day. 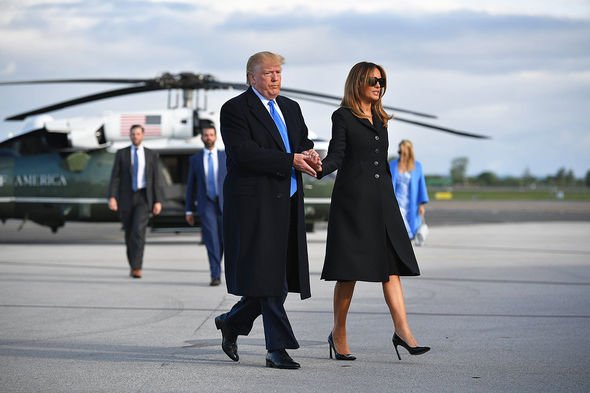 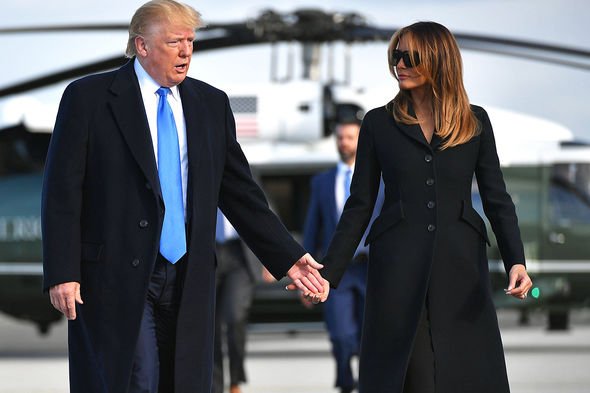 At the service, Melania wore a white wool coat which was nipped in at the waist by a matching belt.

She matched the knee-length coat with an extravagant white hat by Philip Treacy.

During her visit, the First Lady appeared to wear white more than any other colour.

At a state dinner with the Royal Family earlier this week, Melania stunned in a white gown.

The fitted dress featured see-through panels at the top of the front part.