It first appeared  Jan. 30 in a video uploaded by the Street Styles on Chunxi Road account on China’s short video platform Kuaishou. The transparent version of the inflatable vest, first shown on the runway  in Shanghai last August, was worn by a person who appear to be a VIP of the brand outside Vuitton’s men’s wear pop up in Chengdu.

He was also carrying a $12,800 special edition of the Keepall Bandoulière 50 from the same collection, adorned with six puppet LV friends from Virgil Abloh’s “Zoom with friends” animated film. 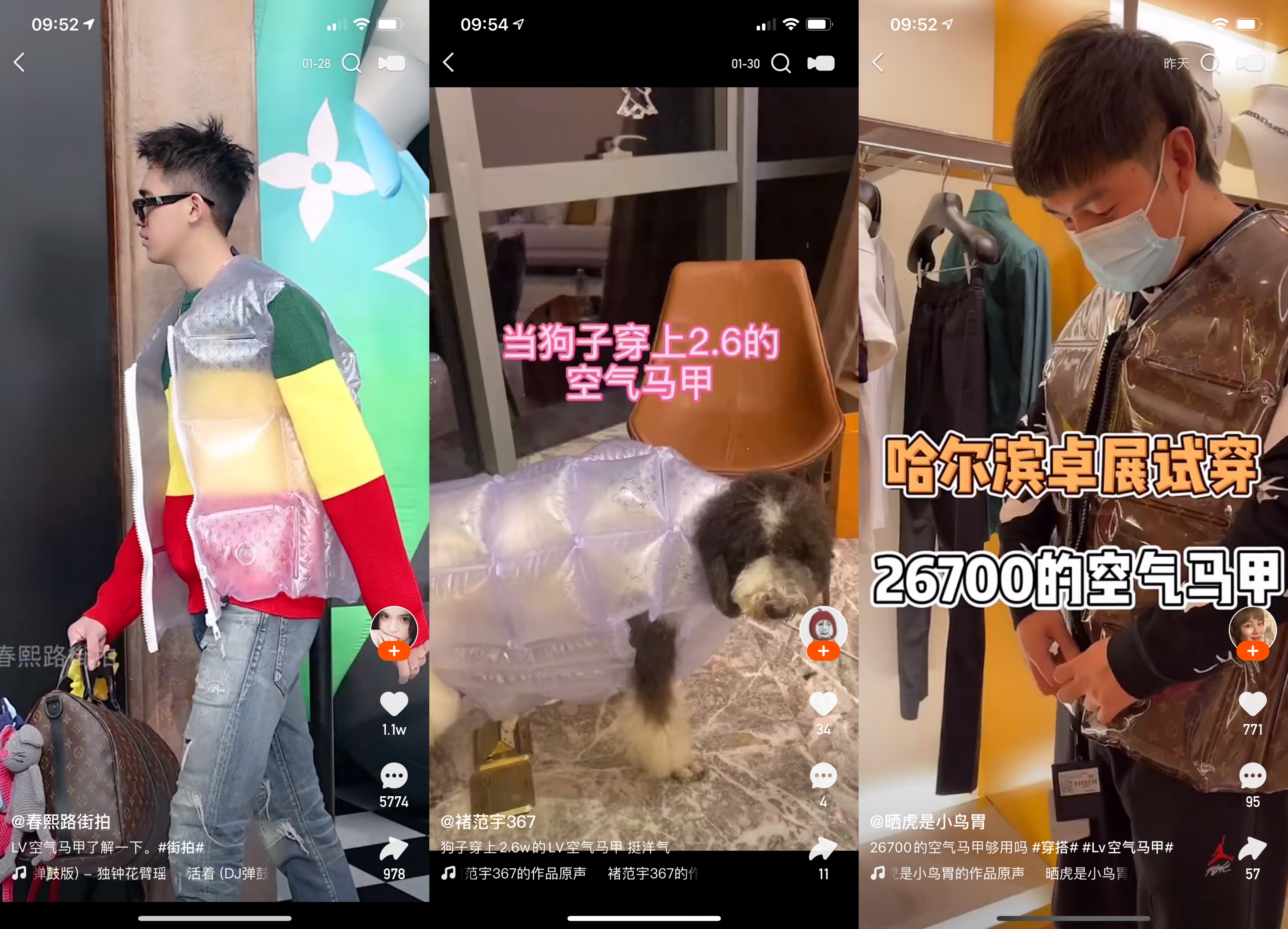 The video quickly garnered more than one million views with over 8,000 likes and 891 comments.

Due to the high awareness of the fashion show in China, and the fact that the vest is basically inflatable PVC etched with Vuitton’s famous monogram, it has spawned hundreds of DIY videos across various social media platforms with users donning vest made with bags of chips, or air-cushion packaging materials with hand drawn monograms.

On popular social commerce platform Xiaohongshu, one user even posted a picture on her dog wearing the vest, while several others documented their shopping experience.

One user commented that “As someone who make 1500 renminbi (about $230) a month, this vest makes me question the purpose of life.”

Another said: “Will this even keep you warm? But it definitely looks cool.” 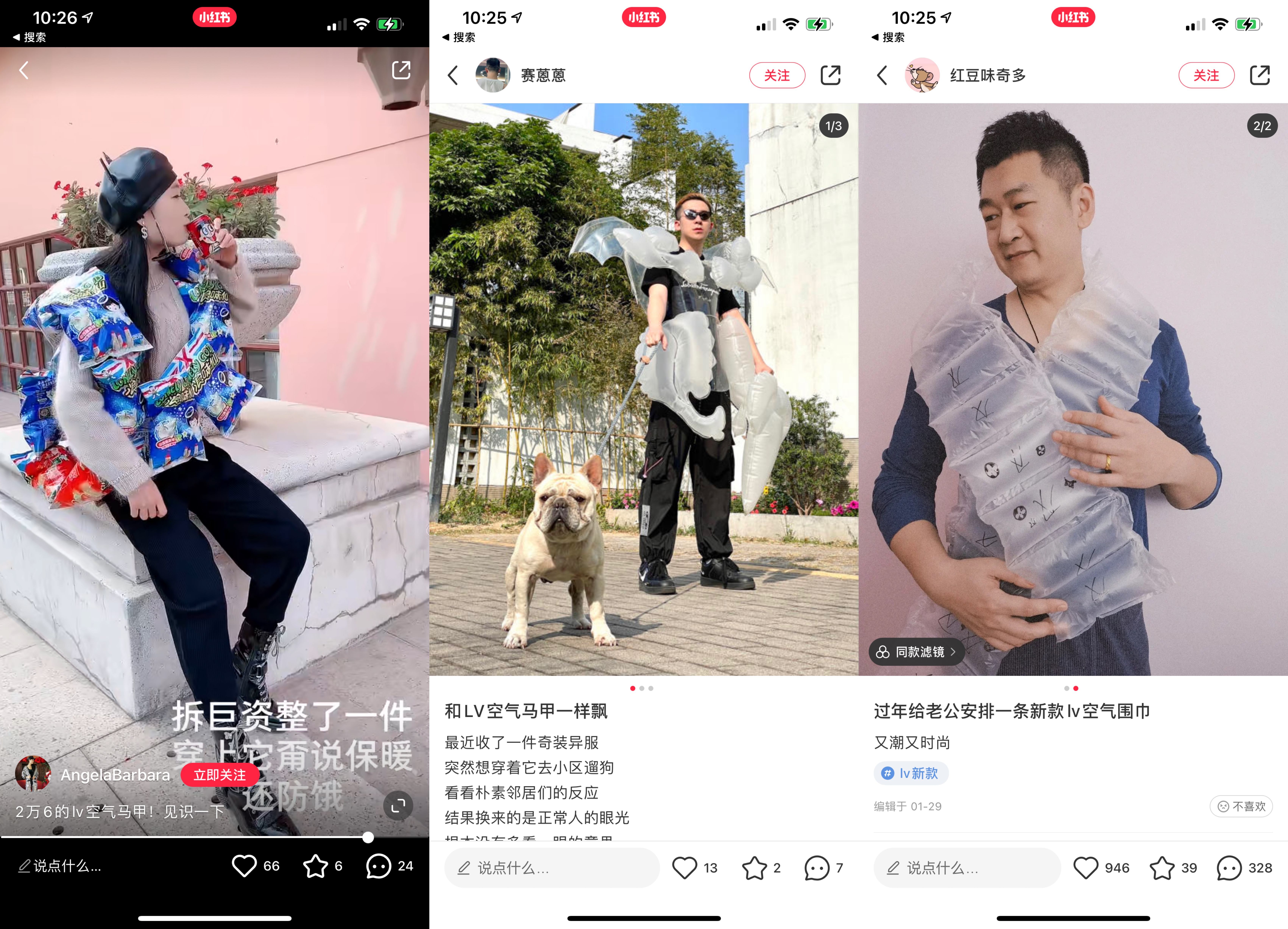 Louis Vuitton’s inflatable gilet inspries a slew of DIY videos, where users create their own versions with bags of chips, or air cushion packaging with hand drawn monograms. Screenshots

Vuitton calls the vest, which comes in two color ways, “statement piece” that offers “a futuristic take on the Monogram.”

It’s understood that this style has been mostly sold out in China, and local celebrities are fighting to get a hold of one for their airport style snaps. The good news is that the style is still available online in countries like the U.S. and the U.K.

Louis Vuitton Uncovers a Mole and ‘High-tech’ Counterfeits in China