Kelly Ripa made fans’ hearts beat extra fast after sharing a sultry photo of herself in a mini dress, holding a whip.

Fans gushed over Kelly’s beauty, per usual. “Kelly ripa you look absolutely radiant,” one of the television personality’s 2.9 million Instagram followers commented. Kelly must’ve found this comment amusing, because she replied, “it’s an old photo…..” with a smiley emoji. Indeed, we haven’t had much reason to dress up amid quarantine. 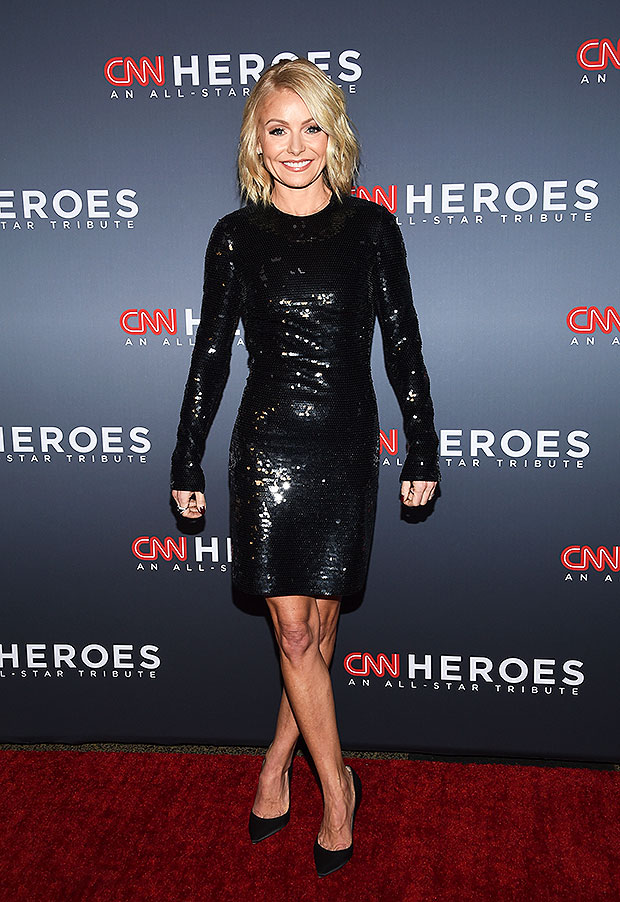 We can see why Kelly’s ready to leave 2020 behind. An exciting new project is waiting for Kelly and her husband, Mark Consuelos, 49, in 2021: Pine Valley, which is a “primetime version” of All My Children, the soap opera that Kelly and Mark starred on beginning in the ’90s until 2010 (the series concluded in 2013). Kelly and Mark will serve as executive producers on this rebooted show that will serve as a sequel to All My Children, which our sister website Deadline reported on Dec. 17.

Kelly still managed to make 2020 bearable, however. The actress, along with her husband and their three kids Michael, 23, Lola, 19, and Joaquin, 17, reportedly quarantined on an “island hideaway” in the Caribbean earlier in the year, according to a report from Page Six that surfaced in May. Kelly was still able to virtually host her talk show, Live with Kelly and Ryan, from this tropical getaway spot. Kelly was eventually able to reunite with her co-host, Ryan Seacrest, and shoot their talk show in the studio in the fall.