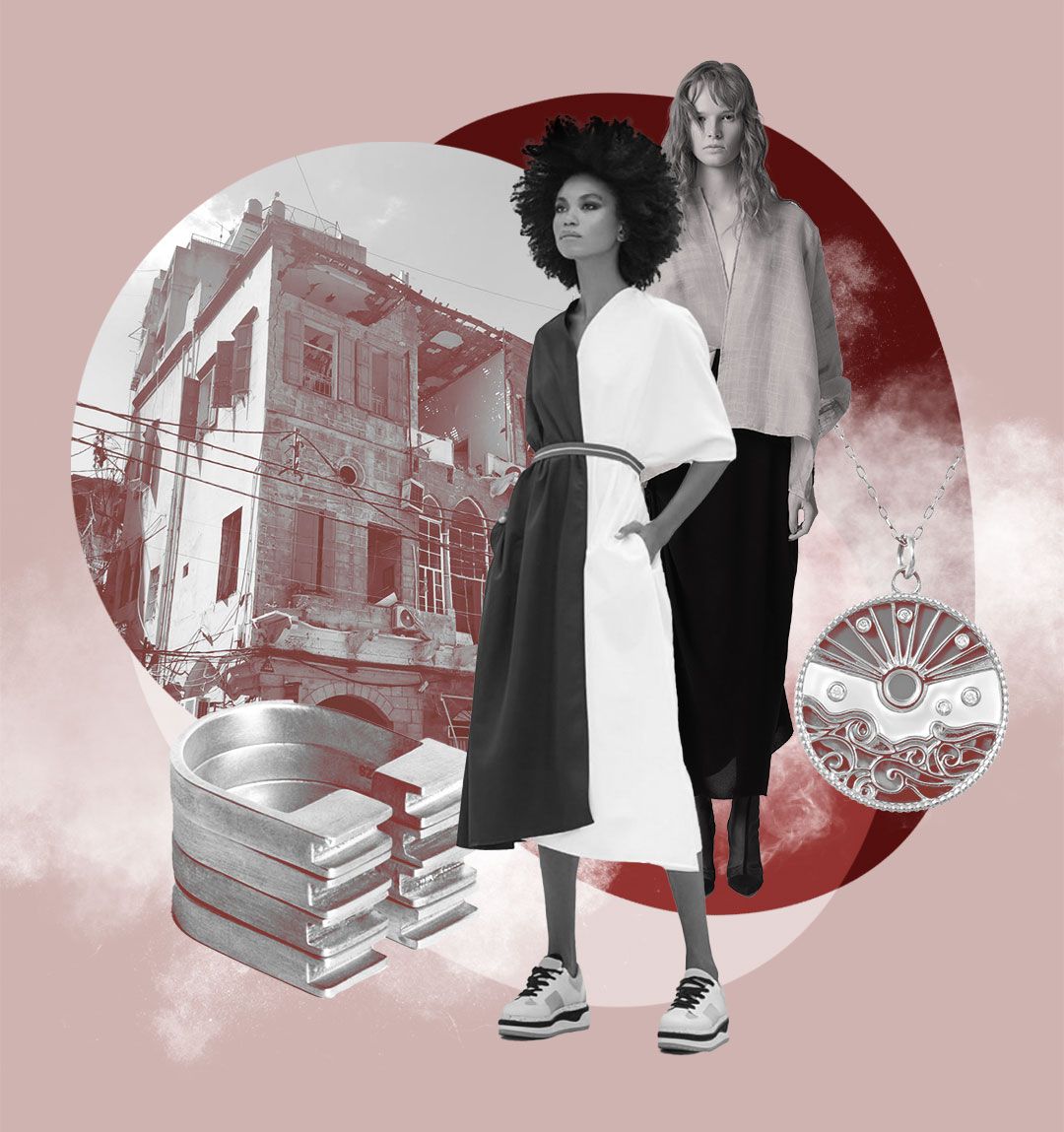 “All my friends have holes – in their bodies, in their homes and in their hearts,” Lebanese streetwear designer and creative director of La Terre est Folle Joe Arida wrote on Instagram just two weeks after a devastating explosion leveled the port area of Beirut, Lebanon. “Yet all my friends are whole, they are closing holes. Stitching, feeding, cleaning, and healing the city themselves – with that legendary ‘Beirut Cool’.” The caption accompanied a photo of a T-shirt Arida is selling with the phrase “BeirutCool” emblazoned across the chest. A couple days later, that caption turned up on another T-shirt for sale.

All my friends have holes – in their bodies, in their homes and in their hearts. Yet all my friends are whole, they are closing holes. Stitching, feeding, cleaning, and healing the city themselves – with that legendary “Beirut Cool”. #BeirutCool

Brands like Arida’s are mini ecosystems. Each one empowers and supports a whole community of artisans, designers, messengers, wholesale directors, production managers, and more. Together they work toward building regenerative commerce.

“I want to show the world that we’re not just war, despair, and disorder,” Arida says. “I need to do it from here, Lebanon is where I want to be. I want to contribute to our economy, to employ our artisans and to produce locally.”

In Beirut, creative businesses are the heartbeat of the city.

Arida is one of 34 Lebanese designers and creatives who have signed on to be part of Super Fund for Beirut, a five-year plan led by Slow Factory dedicated to rebuilding the city through sustainable economic growth. Ensuring sustainable growth requires more than just one-time donations. These local businesses, which employ roughly between 20 and 100 people, are supporting the local economy and are the ecosystems we must support and preserve for a decentralized, slow-fashion future. The first phase of this fundraiser is focused on supporting United for Lebanese Creatives, an initiative founded by fashion designer Roni Helou.

The August 4 blast killed more than 200 people, left as many as 300,000 homeless, and decimated businesses for miles in less than 10 seconds. Its proximity to Beirut’s shopping and arts district meant that the city’s designers and creatives were hit particularly hard. “This is why, the day after the blast, the team and I decided to be proactive,” Helou says. “We reached out to the people we knew who got affected, and we spread the word that we want to create a union to help each other out. We hope this initiative can eventually include more people, help us reignite our creative community, and bring us all back on track.” 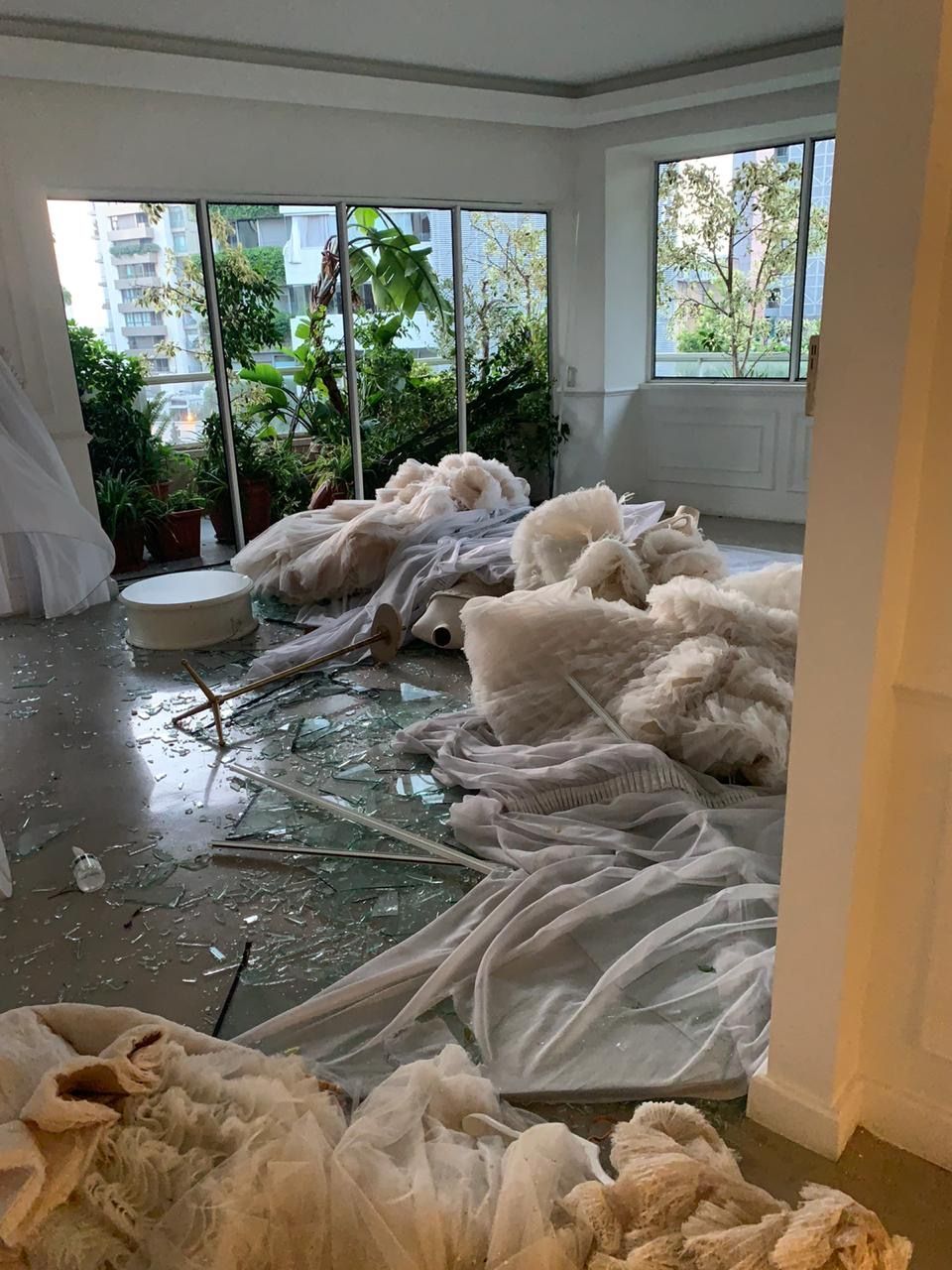 In Beirut, creative businesses are the heartbeat of the city. Battling a pandemic, an economic crisis, a corrupt government, and the aftermath of an explosion that measured a 3.3 on the Richter scale, they exist against all odds. For hundreds of years, the city’s creatives have been keeping its culture alive and supporting its indigenous craftsmanship and local talent; they document and honor its legacy, sharing Beirut’s stories with the world and preserving our richly diverse Lebanese identities.

After COVID-19, many designers and artists consolidated their ateliers into their homes. With the explosion destroying both, they were left not only unemployed but homeless. “We were never prepared for such a catastrophe,” Amine Jreissati, creative director and founder of BoyfriendTheBrand, shares via email. “These feelings we are all having and these challenges that we are facing are all new to us. We are all processing what’s happening. Some designers didn’t only lose a building, or an office, but an entire business to rebuild from scratch. How do you start from here?”

With the support of the international community, Beirut can be rebuilt. Multiple initiatives launched immediately after the explosion to support humanitarian relief. Organizations such as Impact Lebanon are providing medical supplies, food, and housing efforts to vetted nonprofits on the ground. Grassroots initiatives supporting creatives in Beirut are relying on Lebanese expats living in the Global North to set up and manage their GoFundMe accounts, since the platform is not available in Lebanon. When tested, Lebanese people always look out for each other; it is in our DNA to support one another and treat a stranger like family. Because if we don’t take care of each other, no one will. Unfortunately, it’s a lesson we’ve learned in the most horrific ways time and again. But this time, we are extending this unity beyond the Lebanese diaspora and inviting the larger international community to be part of a unified effort. 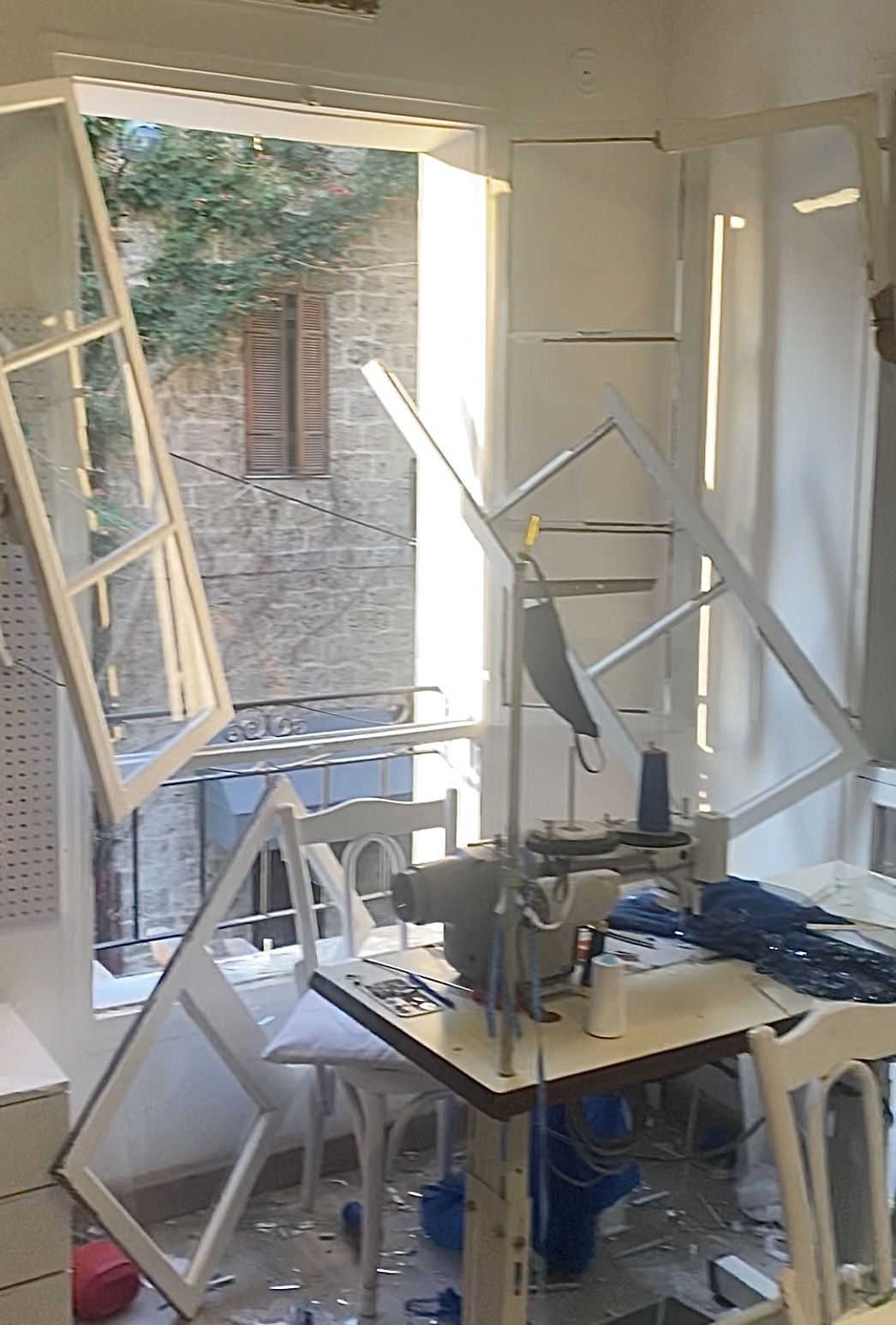 Super Fund and Helou’s United for Lebanese Creatives fundraiser has thankfully started to garner the interest of the international community. TheRealReal was the first brand to dedicate a percentage of its sales to support the fund. “We saw a human rights calamity, and we saw a blast that had a devastating impact on the environment and a threat to sustainability, which speaks to our core value,” a brand representative shares over email. New York City-based creatives Ruba Abu-Nimah and Phillip Lim have also collaborated on a sweatshirt which reads “Beirut. Tougher than ever.” in both English and Arabic, with all proceeds benefiting the Super Fund as well as the Lebanese Red Cross.

Supporting artisans, craftsmanship, and manufacturing in Lebanon is an environmental and social service, preserving an endangered sector that is at risk of being completely wiped out. Facing extinction due in part to the increasing demand of fast fashion, these brands and businesses preserve our culture and ancient artistry while leaving a lighter environmental footprint. Further threats to their livelihoods include the economic collapse and being at the whims of white gatekeepers in an industry that does not prioritize slow fashion.

Lebanon has already had its fair share of brain drain, with more than 50 percent of its vibrant youth emigrating from the country in search of safety and opportunity. The ones who choose to stay are left in the rubbles of a city that was. Rebuilding their businesses and supporting their creative work equates to contributing to their humanity, their dignity, and the rich history of our city. The Super Fund’s long-term plan is an investment in the people and the communities that decided to stay or did not have the choice to leave. It is an investment in a future Beirut that cherishes the local culture and honors our creative ecosystems.

A push to show local creatives that they are supported and valued, the fund is a way to provide them with relief, and to eventually help them to thrive locally. With a prolonged approach, the Super Fund also allows us to support other communities and sectors, including migrant workers, the LGBTQIA+ community, schools and education, as well as health care infrastructure. 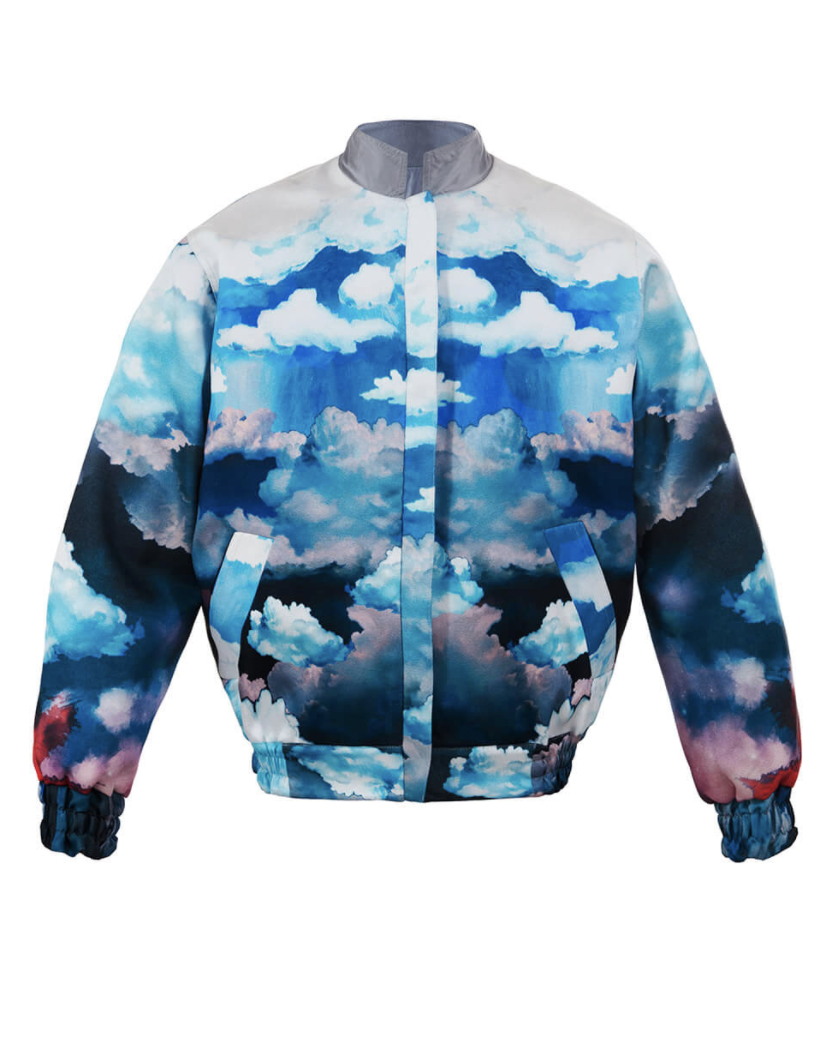 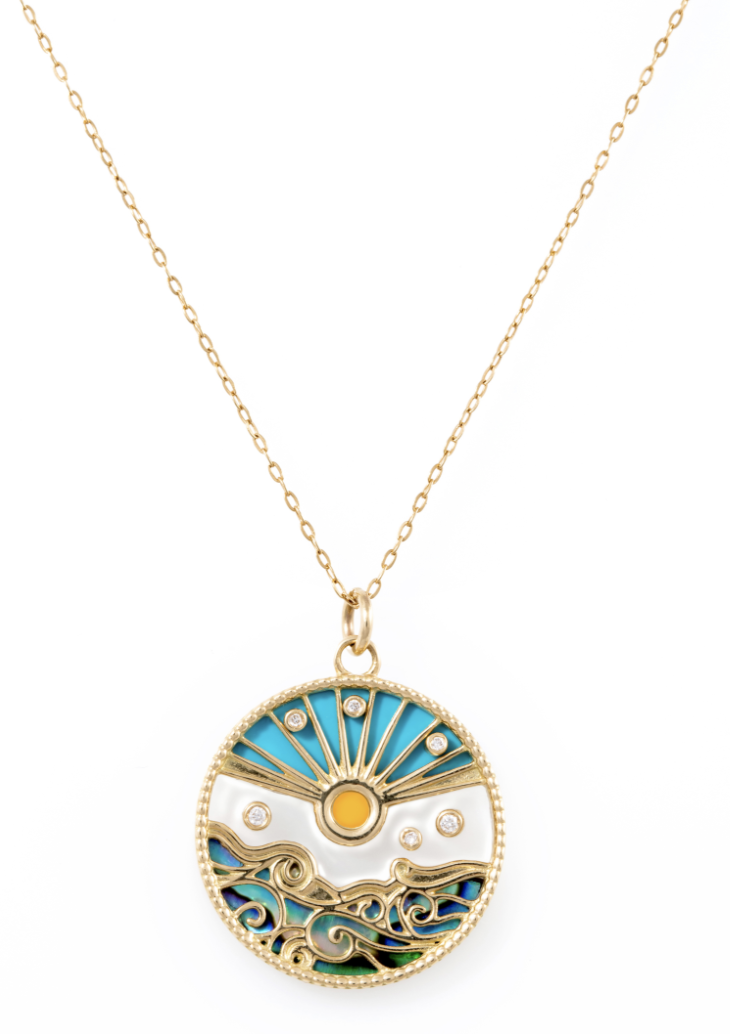 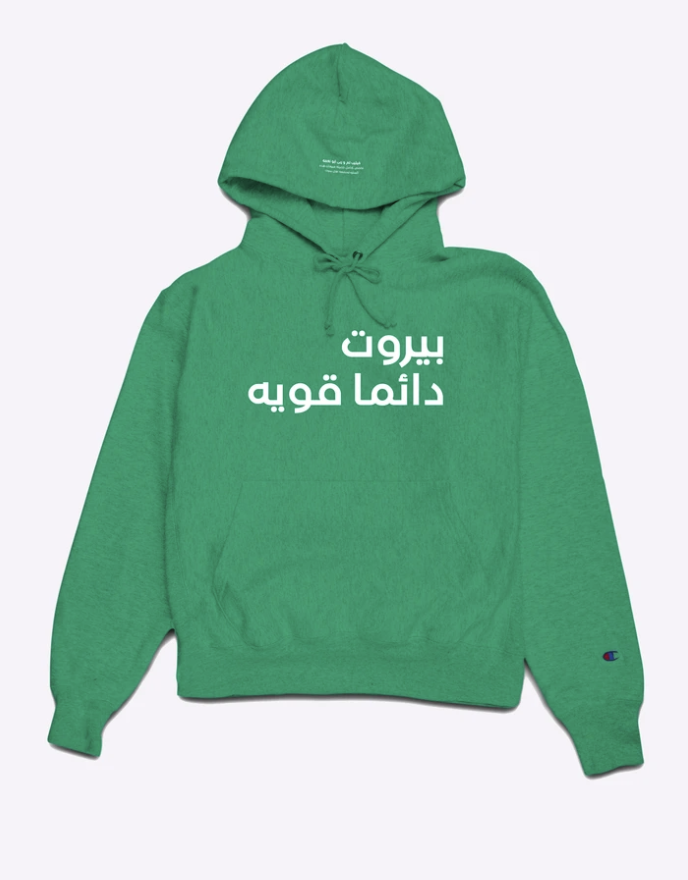 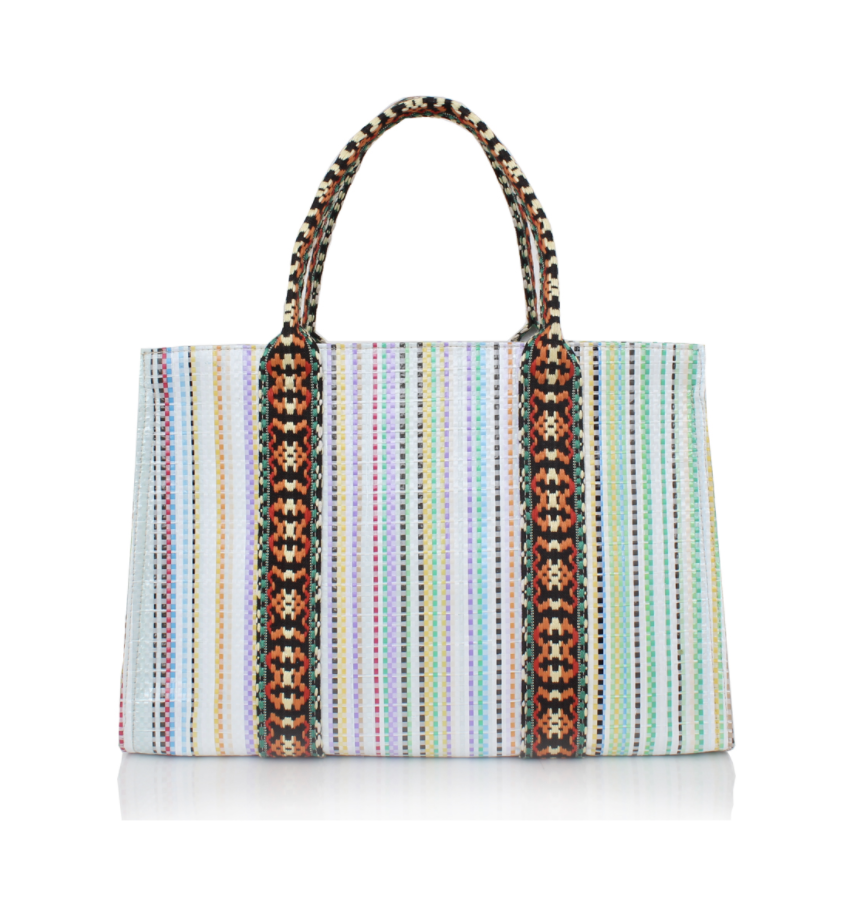 This global fundraiser serves as an education in Lebanon’s international context as one of the oldest countries in the world—and home to one of the most ancient civilizations. We will not be erased; we will not be forgotten. The world needs Beirut more than Beirut needs the world.