SHE's a stunning ex-Olympic swimmer and he's the son of Hollywood icon Grace Kelly, born into royalty – on paper, Charlene Wittstock and Prince Albert of Monaco's marriage was the stuff of fairy tales.

But since their elaborate £53million wedding 10 years ago – described at the time as the nation's "biggest party in 55 years" – the couple have been dogged by scandal. 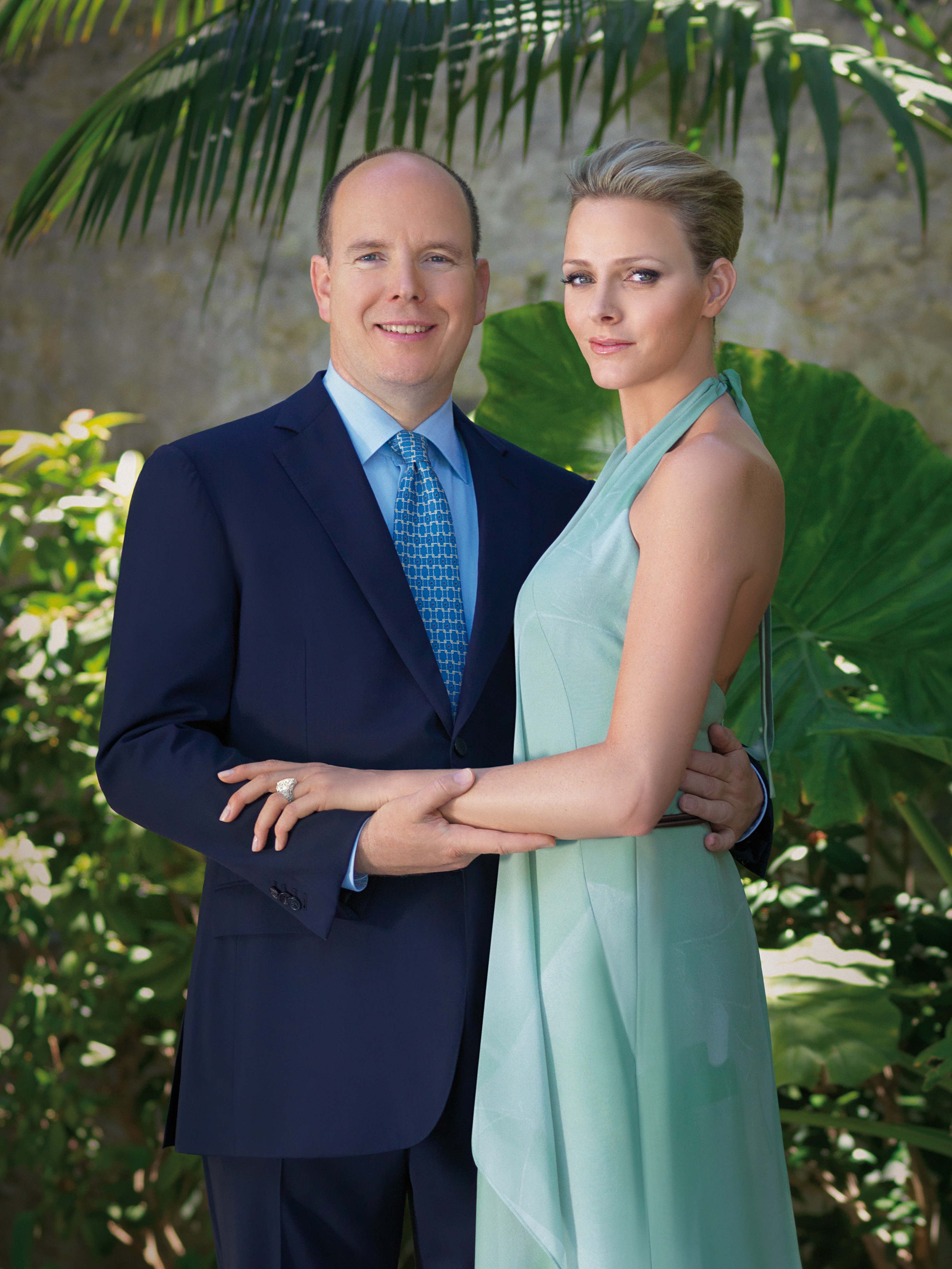 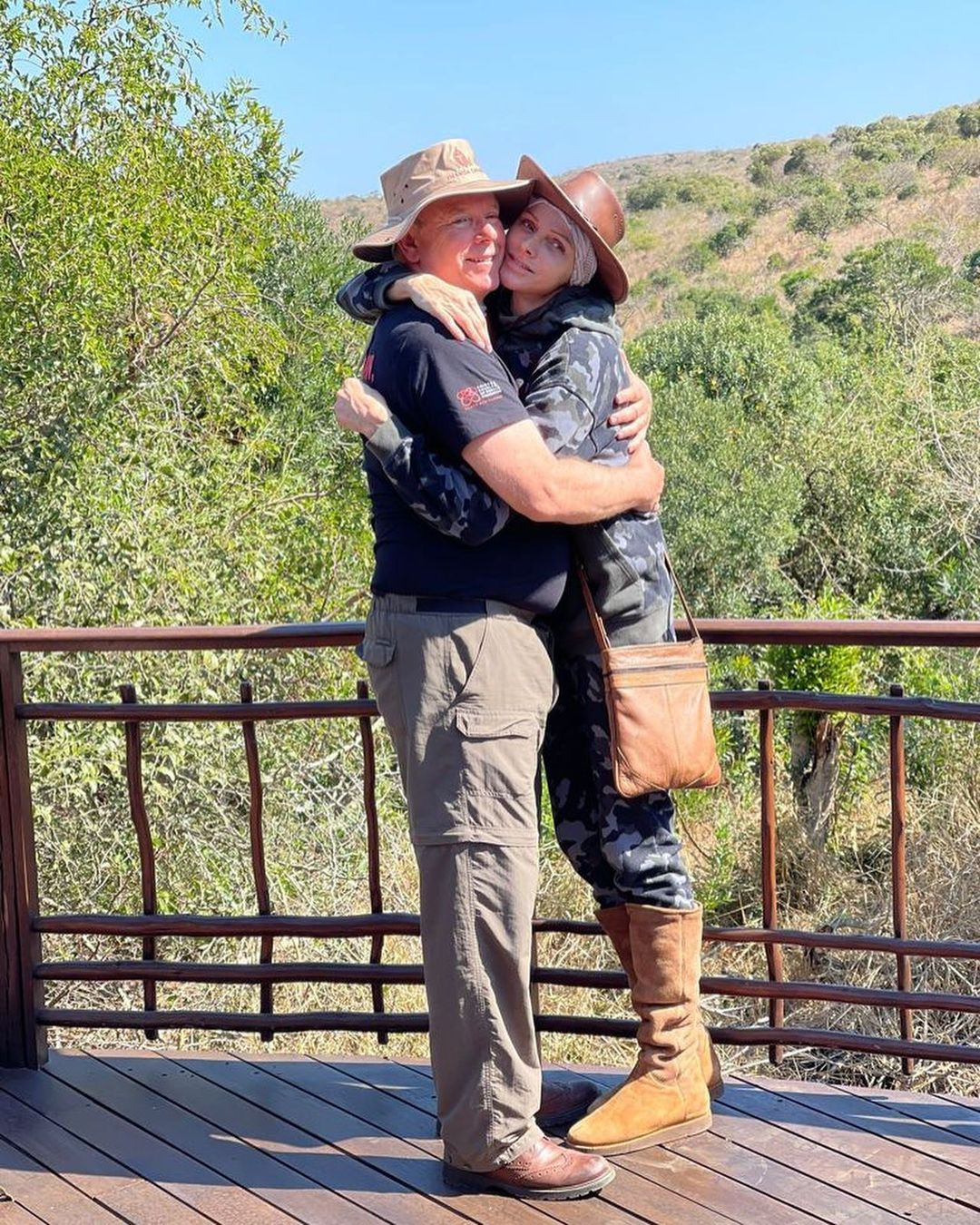 Today it emerged Zimbabwe-born Charlene has been drawing support from Naomi Campbell's billionaire ex Vladislav Doronin while recovering from a mysterious illness, following a prolonged absence from public life.

Charlene, 43, spent six months in South Africa battling an ear, nose and throat infection, having travelled there for her philanthropic and conservation work, and missed her 10th wedding anniversary and their children's first day at school.

Her departure is rumoured to have coincided with a rift with her husband, 63, amid allegations he cheated, but Albert has insisted there are no problems within their relationship.

Last week the princess missed the National Day of Monaco celebrations and was admitted to a treatment facility for undisclosed medical issues and weight loss.

Prince Albert was pictured alone on the balcony of their palace with their six-year-old twins Prince Jacques and Princess Gabriella, who held up signs saying "We Miss You Mommy".

From the moment they got together it's not been an easy ride, with Albert confessing to fathering illegitimate love children and rumours swirling that Charlene tried to flee before their wedding day.

Here we take a closer look at their rocky romance. 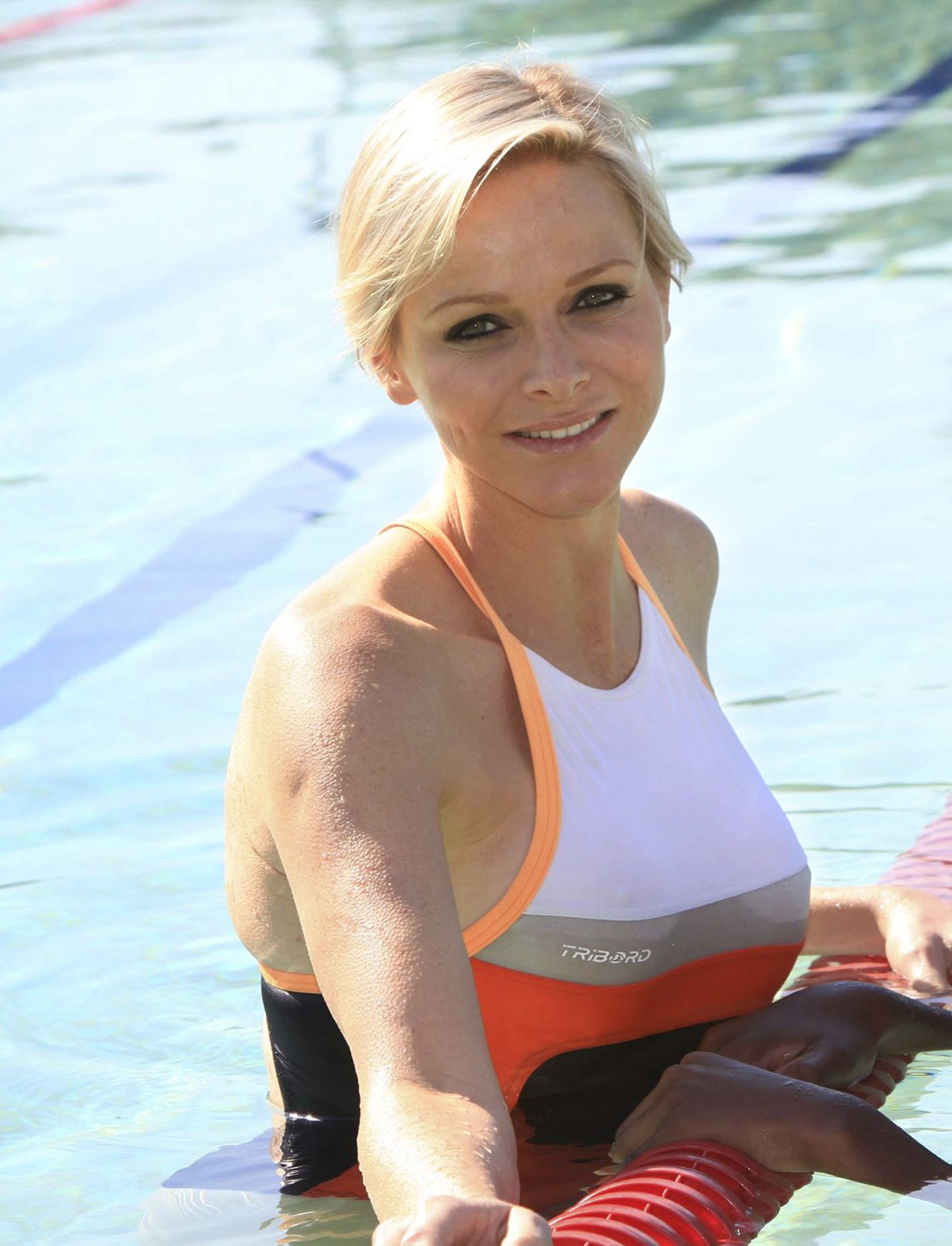 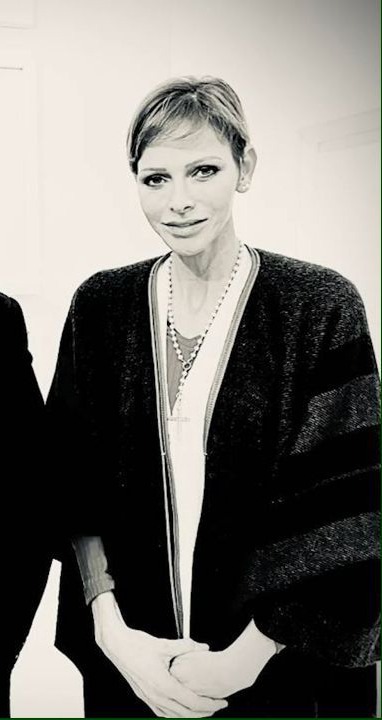 Before marrying Charlene in 2011, Albert had a reputation as a "playboy prince".

The couple first met shortly after the Olympic Games in 2000, where Charlene, then 22, came fifth in the 4x100m medley relay before winning the 200m backstroke at another event in Monaco.

The pair are said to have bonded over their love of sport, with Albert himself having competed as part of Monaco's Winter Olympics bobsled team.

They made their romance official in 2006, she quit swimming in 2007 and on June 23, 2010 they announced their engagement, with Charlene sporting a pear-cut diamond engagement ring.

But Albert's playboy prince past was starting to catch up with him.

In their early days of dating, Albert – whose mother Grace, wife of Rainier III, Prince of Monaco, died in a tragic car accident in 1982 – was forced to acknowledge not one but two illegitimate love children.

In 2005 he admitted to fathering a son – Alexandre Grimaldi-Coste, now 18 – with an Air France stewardess called Nicole Coste.

A year later it emerged he also had an illegitimate daughter, Jazmin Grace Grimaldi, now 29, with US estate agent Tamara Rotolo, who originally filed a paternity suit in 1992.

Last year the prince faced a third lovechild saga when a Brazilian woman claimed Albert is the father of her 15-year-old daughter – allegations he denies.

The prince has applied for "sovereign immunity" in the court battle to fight the claims, which his lawyers describe as a "hoax".

After announcing their engagement, their wedding day a year later was a lavish three-day event with star-studded guests including Prince Edward and Naomi Campbell – with Russian property tycoon Doronin, 59, on her arm.

Charlene was radiant in a off-the-shoulder Armani Prive gown embroidered with 40,000 Swarovski crystals – but she couldn’t stop crying.

As photos of the beautiful bride dabbing her cheek with a tissue were beamed around the world, royal watchers speculated these were not tears of joy.

French newspaper Le Journal du Dimanche alleged she had tried to flee to South Africa – where she grew up – three times ahead of the big day before police persuaded her to return.

Palace officials denied the allegations, with a spokesperson telling People magazine: "None of this is true, and we think it comes from utter jealousy."

Charlene later said in an interview with The Times: "Everything was just so overwhelming and there were all the mixed emotions because of the rumours, and obviously the tension built up and I burst into tears [immediately after the ceremony]." 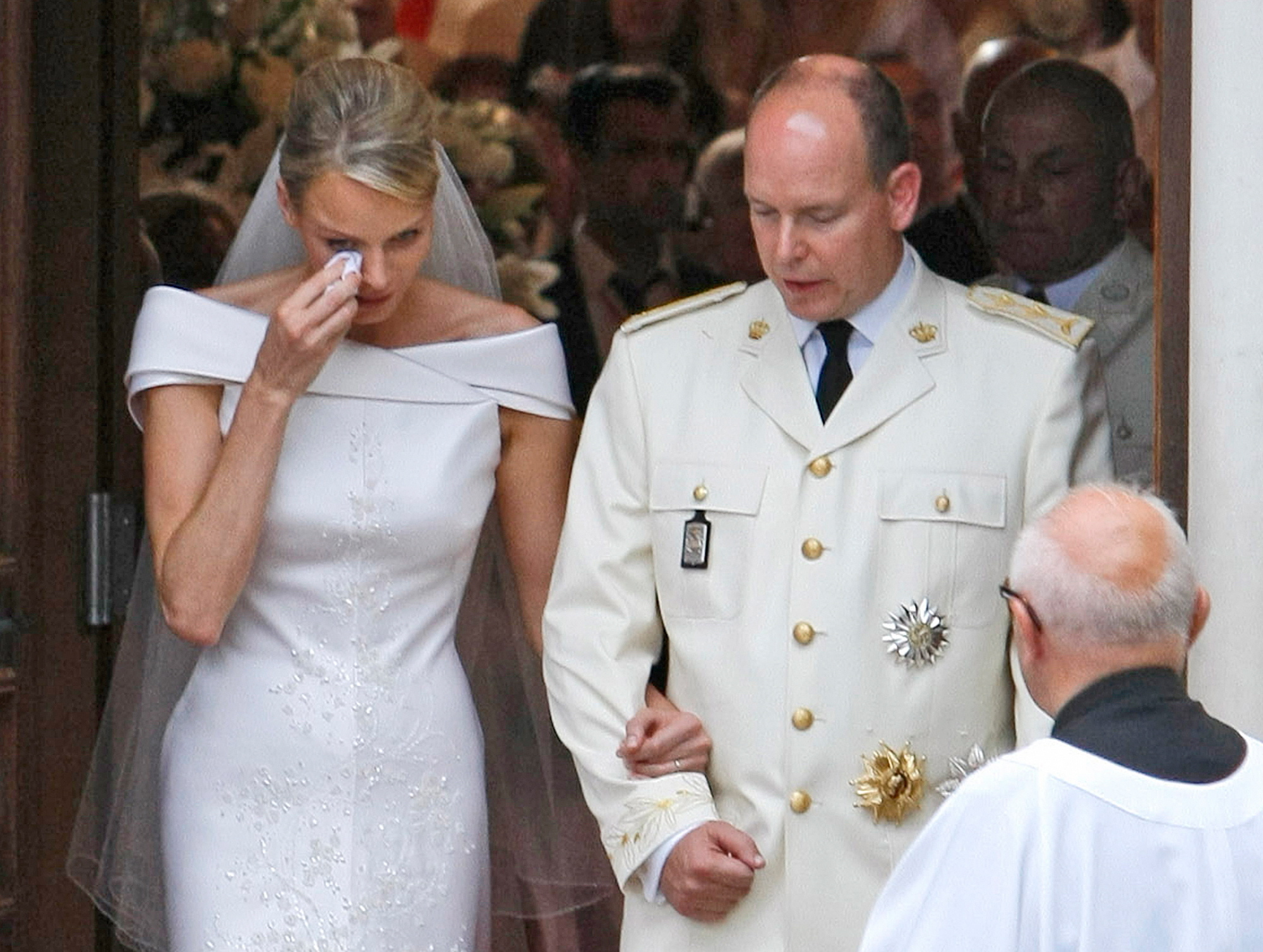 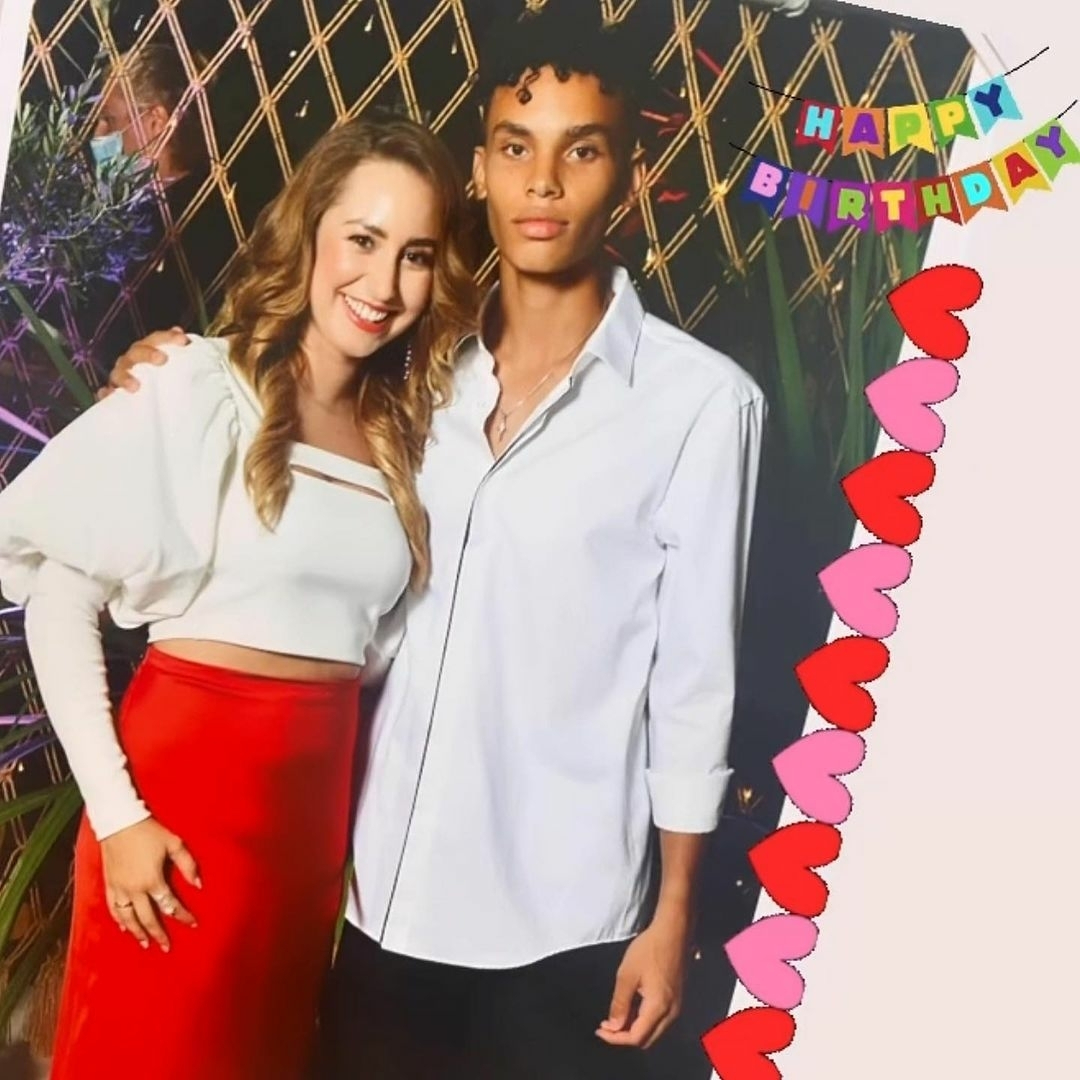 Divorce is a 'tradition'

Throwing fuel on the fire, historian and author Philippe Delorme told French Magazine Madame Figaro: "Lots of people got the impression it was an arranged marriage, it’s true.

"Albert chose a wife who resembled his mother, and Charlene clearly felt very ill at ease in this Grace Kelly role they wanted her to play."

According to The Times, Prince Albert later appeared to admit that the honeymoon had been spent in separate hotels, citing “practical reasons”.

A source told the Paris-based news magazine VSD: “Charlene will have to produce a legitimate heir. It’s the main reason for this peculiar marriage.

"Once the ­succession of the dynasty is assured, each of them can be free again.

"Divorce is a tradition in the Grimaldi family.”

While the couple do have an heir in the form of their six-year-old twins, they are yet to divorce.

But they live relatively separate lives – with Charlene said to prefer living in a flat above a chocolate shop to the royal palace, and Prince Albert pictured carrying out royal engagements alone.

In December, Charlene debuted a dramatic new "French crop" shaved hairstyle, which was met with mixed reactions – even from her husband.

Defending the bold do, she said: “Certainly, of all the members of royal families, I'm probably the one who has tried the most different hairstyles, and I'll continue. That's my choice.

“After the initial surprise wore off, the prince understood and likes it now too."

Not long after she showed off her buzzcut for the first time, it emerged Albert was facing his latest paternity suit.

In May, Charlene travelled to South Africa to raise awareness of rhino poaching at Thanda Safari in KwaZulu-Natal, but didn't return for six months.

She told a TV channel: "It's been a trying time for me. I miss my husband and children dearly.

"What has been extremely difficult for me was when I was instructed by my medical team that I could not return home for my 10th wedding anniversary.

It's been a trying time for me

"Albert is my rock and strength and without his love and support I would not have been able to get through this painful time."

While there are concerns for their relationship, the biggest concern is for Charlene herself, who was admitted to hospital in September after collapsing and has been pictured looking worryingly frail.

Charlene is now resting in an unknown treatment facility outside of Monaco. She last posted on Instagram three days ago, sharing a video of flying Monégasque flags.

Responding to rumours she has been linked to billionaire Doronin, Albert was adamant that things are fine between him and his wife.

He said: "I'm probably going to say this several times, but this has nothing to do with our relationship.

"These are not problems within our relationship; not with the relationship between a husband and wife. It's of a different nature."

There have been murmurs that these latest woes are proof of the curse which claims “never will a Grimaldi find true happiness in marriage”.

Legend has it Prince Rainier I abducted a Flemish woman in the 13th century, who cursed him and all his descendants.

It remains to be seen if Prince Albert and Princess Charlene will be able to break its chains. 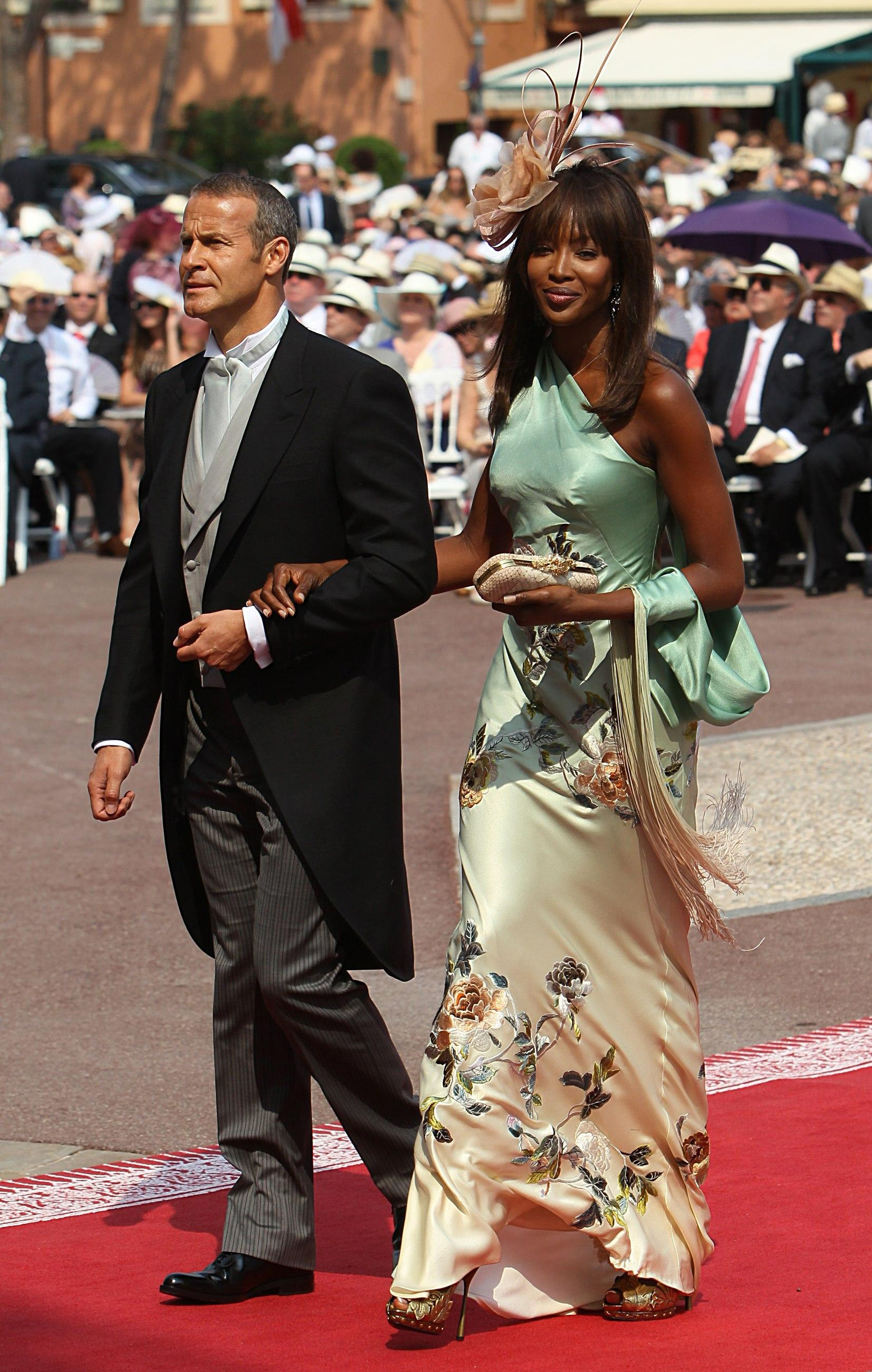 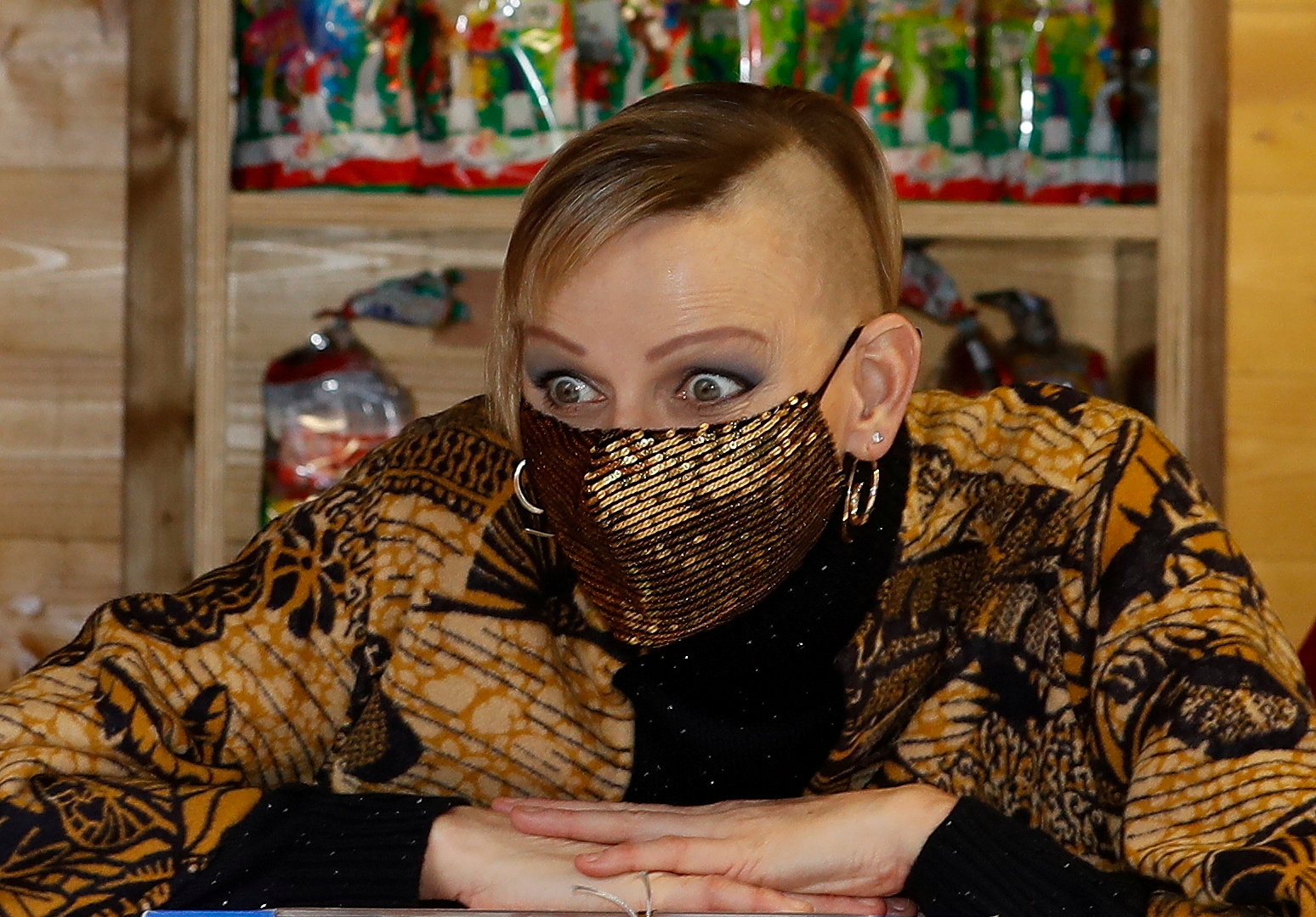 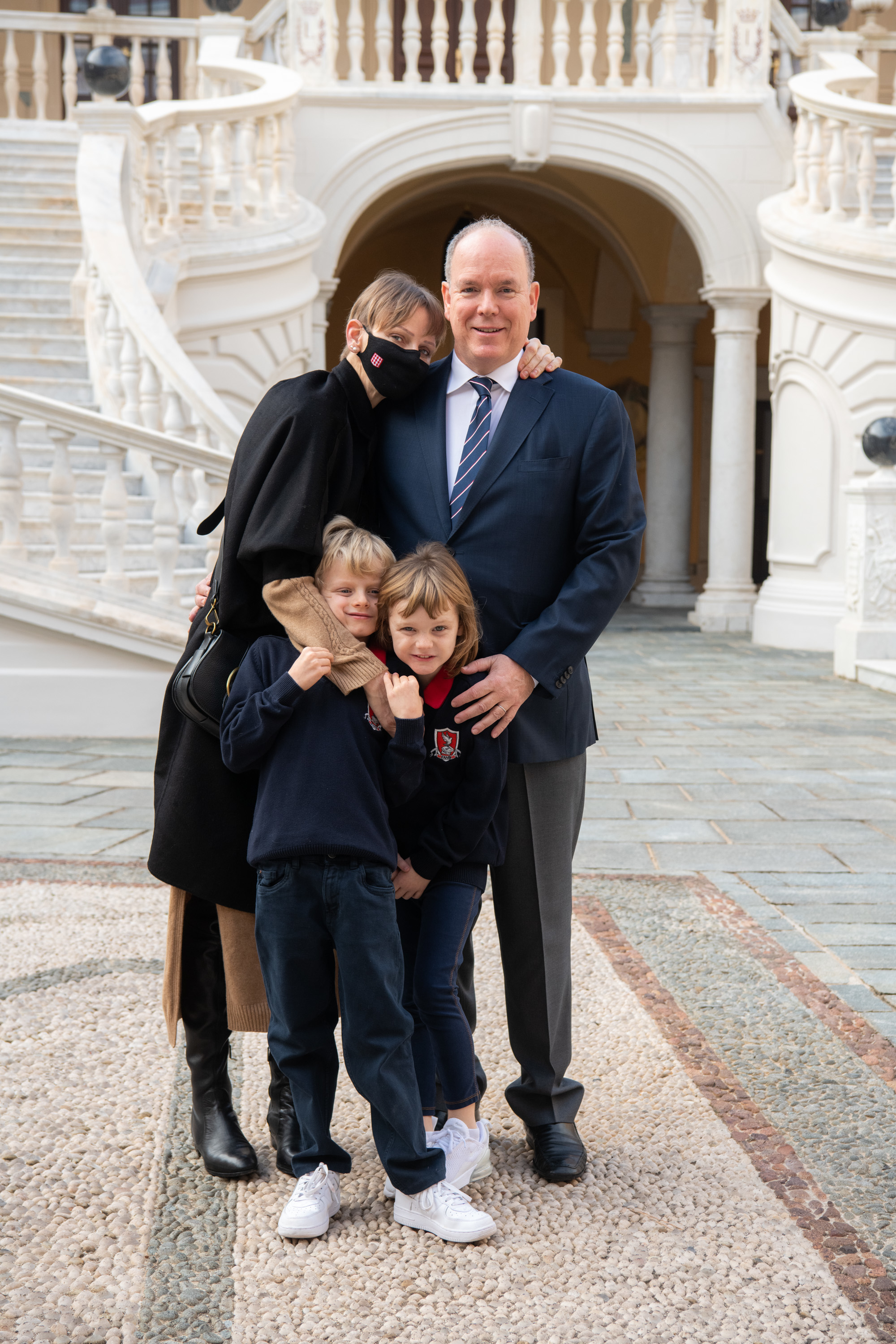 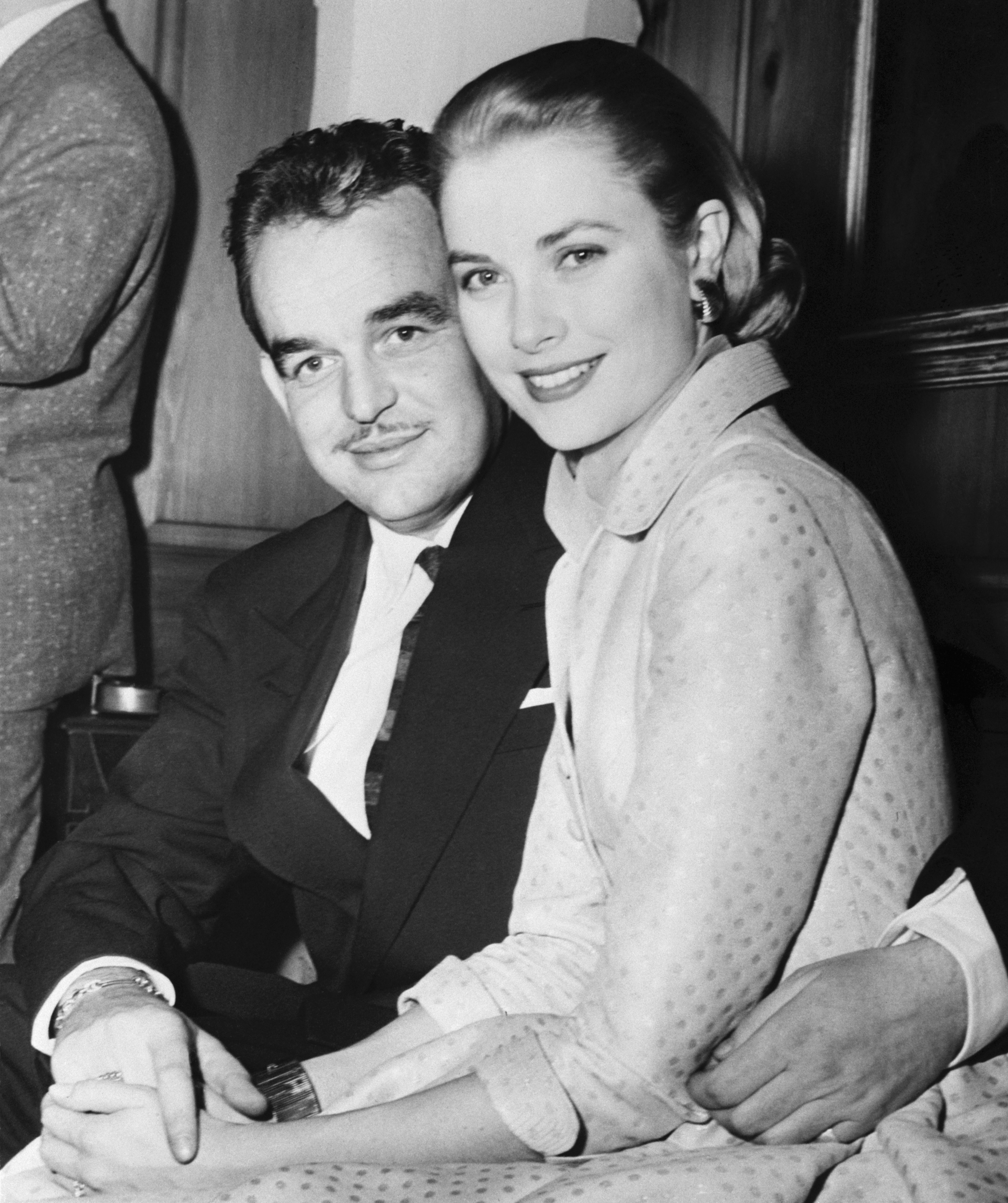