ANNABEL Williams, 40, is a singer and celebrity vocal coach, and lives in Chiswick, West London, with husband Graeme, 43, a musician.

From Nicole Scherzinger to Rylan Clark and CeeLo Green, the Britain's Got Talent coach reveals what it is really like to work with some of the most famed singers around the globe. 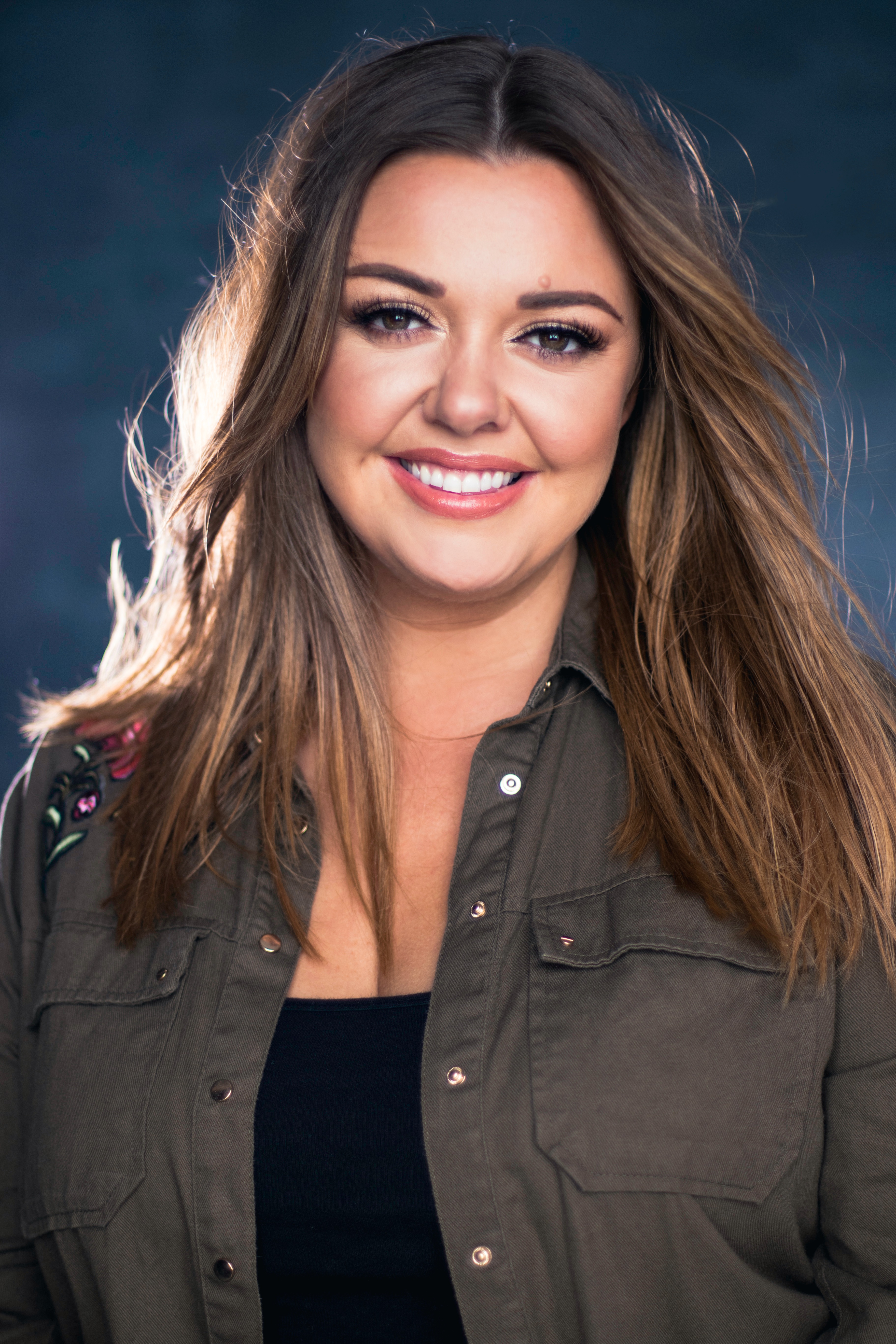 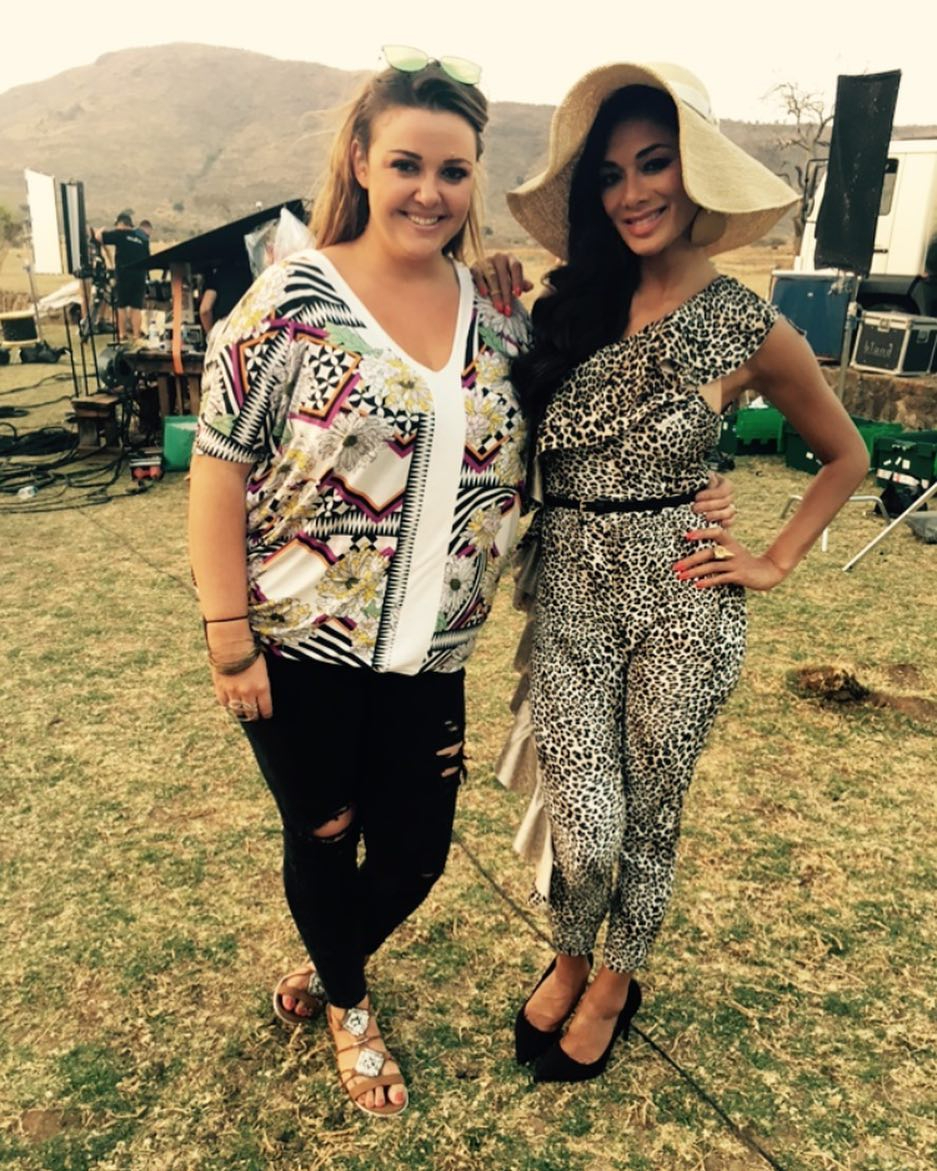 “Backstage at The X Factor, I was terrified. It was my first day as vocal coach and I had to warm up James Arthur before he went on stage, with cameras and producers watching.

"James had never had a vocal coach before and didn’t seem to want one, so I had two options: run away or put my big-girl pants on and persuade him that I could help.

"Growing up in London, I was part of a musical family – my mum Eileen, who died in 2019, was a singer and my dad Billy, 79, was a trumpet player. I inherited their musical genes, but I was insecure about my weight and believed you had to be thin to be a professional singer, so I never considered being on stage.

"Despite my shyness, I started singing lessons from age 11, before joining the National Youth Jazz Orchestra in 1995 as a singer. At 16, I began to lead jazz workshops, coaching other young performers.

Amy was insanely brilliant, and though we were more colleagues than friends, I really liked her.

"One day in 1999, when I was 19, a 16-year-old Amy Winehouse walked in. We bonded instantly over our love of Dinah Washington and Ella Fitzgerald, and I taught her how to take inspiration from them, while developing her own style.

"Each Sunday we’d sing together in an old pub with sticky carpets to an audience of pensioners. Amy was insanely brilliant, and though we were more colleagues than friends, I really liked her. I hadn’t spoken to her for a few years before her death, but I was devastated when I heard the news – she was an example to us all.

"In 2000, I started working as a backing singer, and for the next 12 years I travelled around the world with artists such as Jennifer Hudson and CeeLo Green. He was great fun – he’d demolish entire buckets of chicken before going on stage, claiming the oil was good for his throat!

"I found Jennifer really intimidating the first time I met her, as she’s such a big star and she was very straight-faced, but she turned out to be lovely and actually quite shy.

"Then my life changed forever in 2012 when I landed the role as head vocal coach on The X Factor. Simon Cowell also took me on as a vocal coach for Britain’s Got Talent, and I still work on BGT now.

"When I wasn’t coaching, I’d do gigs at jazz club Ronnie Scott’s, but I knew I’d found my niche behind the scenes, as I loved helping contestants’ dreams come true.

"If anyone was scared of Simon, I’d tell them exactly what he is – a pussycat! James Arthur was one of the most talented singers I’ve worked with, and I also trained Rylan, who’d  sit in his pants having a cigarette out the window!

"In 2013, I was helping Nicole Scherzinger warm up in a toilet at Wembley as there were too many people in her dressing room. Nicole’s work ethic is second to none and she’s not intimidating at all.

Nicole’s work ethic is second to none and she’s not intimidating at all.

"Then in 2018, I helped Robbie Williams perform a duet at The X Factor final. I remember being on stage during the rehearsal at Wembley Arena when Angels came on and Robbie turned to me and said: ‘Which bit do you want me to sing then, Anni?’

"It was one of those moments I’ll never forget – he was my favourite in Take That, so it was amazing to work with him.

"Over the years, I’ve been lucky enough to receive gifts from the judges, including a YSL clutch from Sharon Osbourne and a £700 candle from Robbie, and I still count them as friends.

"It’s a shame The X Factor has been cancelled, but I’m excited to work on Simon’s new show Walk The Line, which sounds brilliant.

"As singing is such therapy for myself and so many artists, during lockdown I decided to put the exercises I developed behind the scenes into a vocal warm-up app. It became the No. 1 music app in the world, downloaded almost 5,000 times, which made me emotional, as singing is for everyone.

"Looking back, I wish I could tell that insecure teenager that all she needed to do was be herself. Whether I’m on stage or helping others achieve their dreams through music, I couldn’t be happier.” 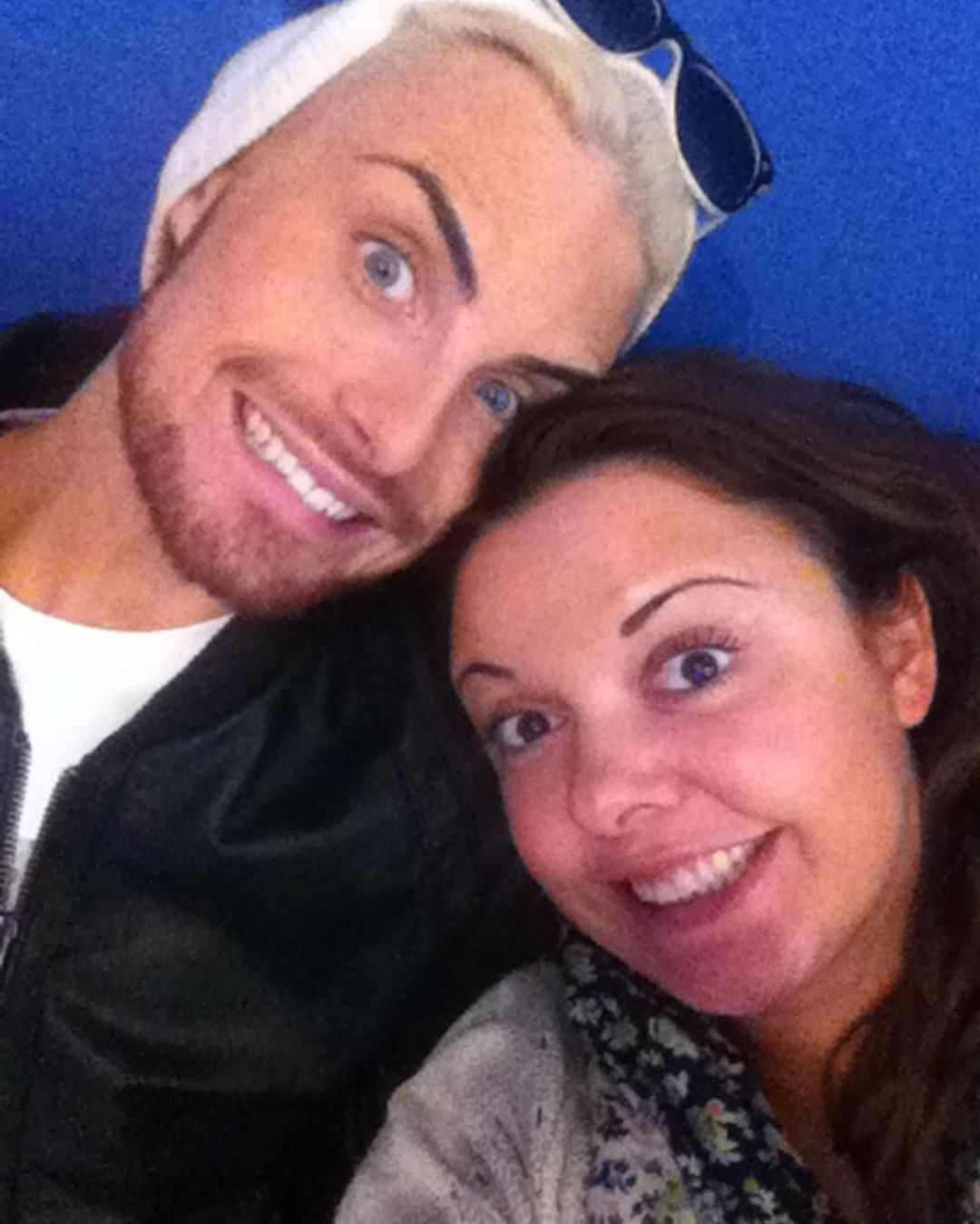 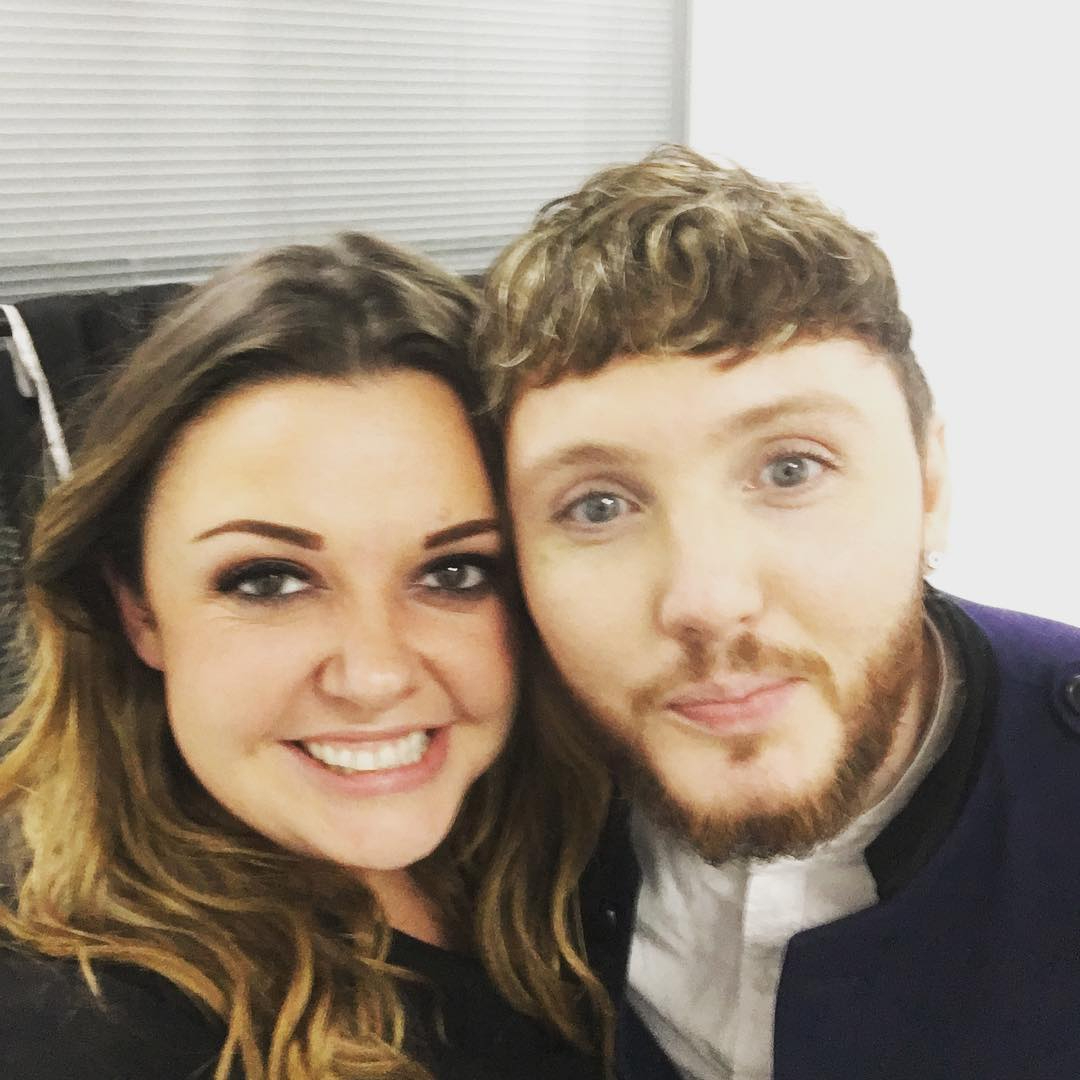 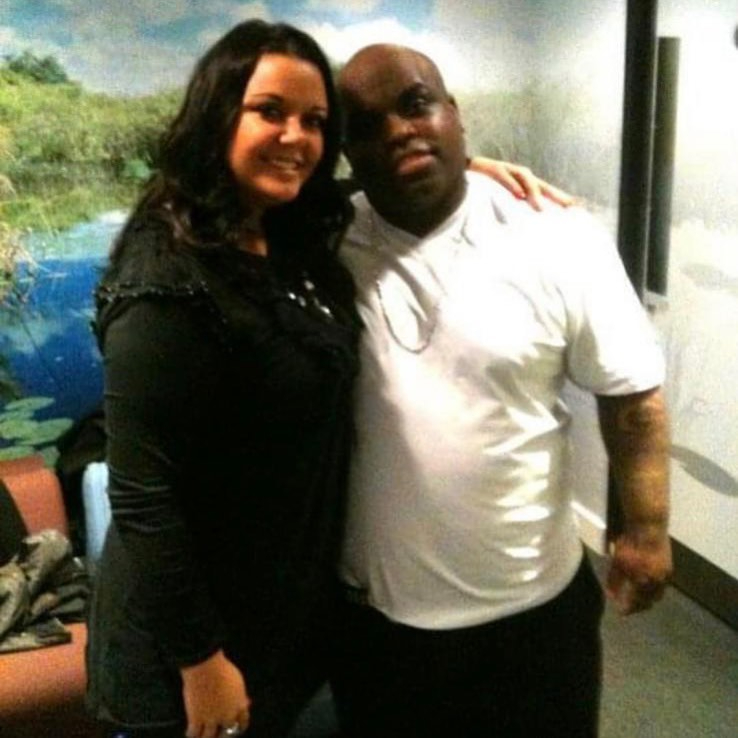