FASHION giant Primark saw record sales after re-opening in April, from retail starved fans who’d been suffering withdrawal symptoms from picking up a bargain or 20 in their beloved high street favourite.

Swarms of people who’d been counting the days until they could grace the whirring escalators, grabbed their netted baskets and spent big, with an excitement akin to watching England beat Germany in the Euros. 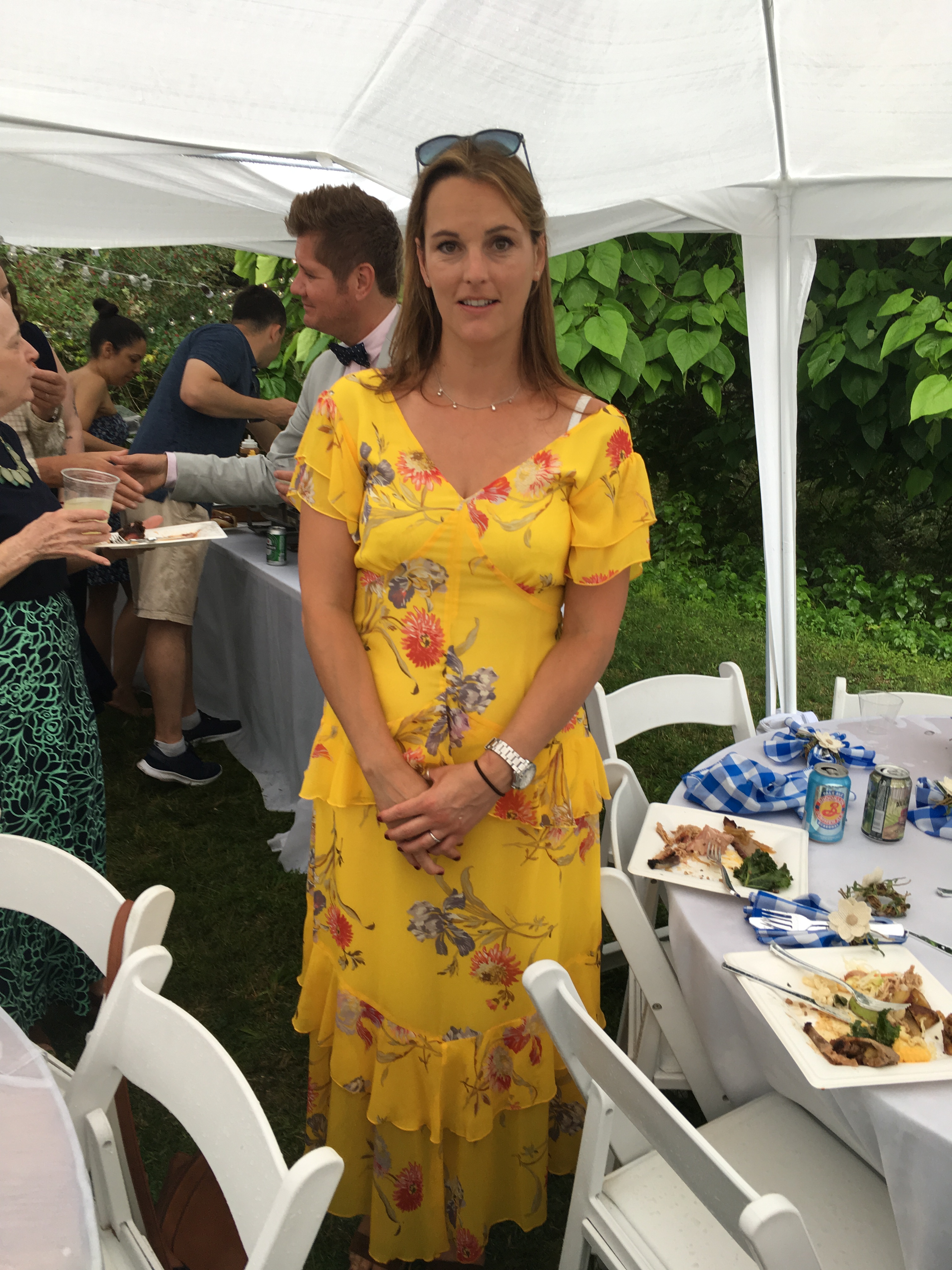 And, at the risk of taking more stick than Matt Hancock, I’m delighted to say I wasn’t among them.

I’m not above it or anything, I just don’t ‘do’ Primark, as the whole experience is my idea of hell. This week one Mumsnet user even called her friends out for giving her ‘crap presents’ which included a pair of socks from there.

I think she was using the word ‘friends’ very loosely.

I’m not saying I’ve never entered the gates of hell, but once was enough to make me realise I was woefully unprepared to deal with such an assault on my senses. 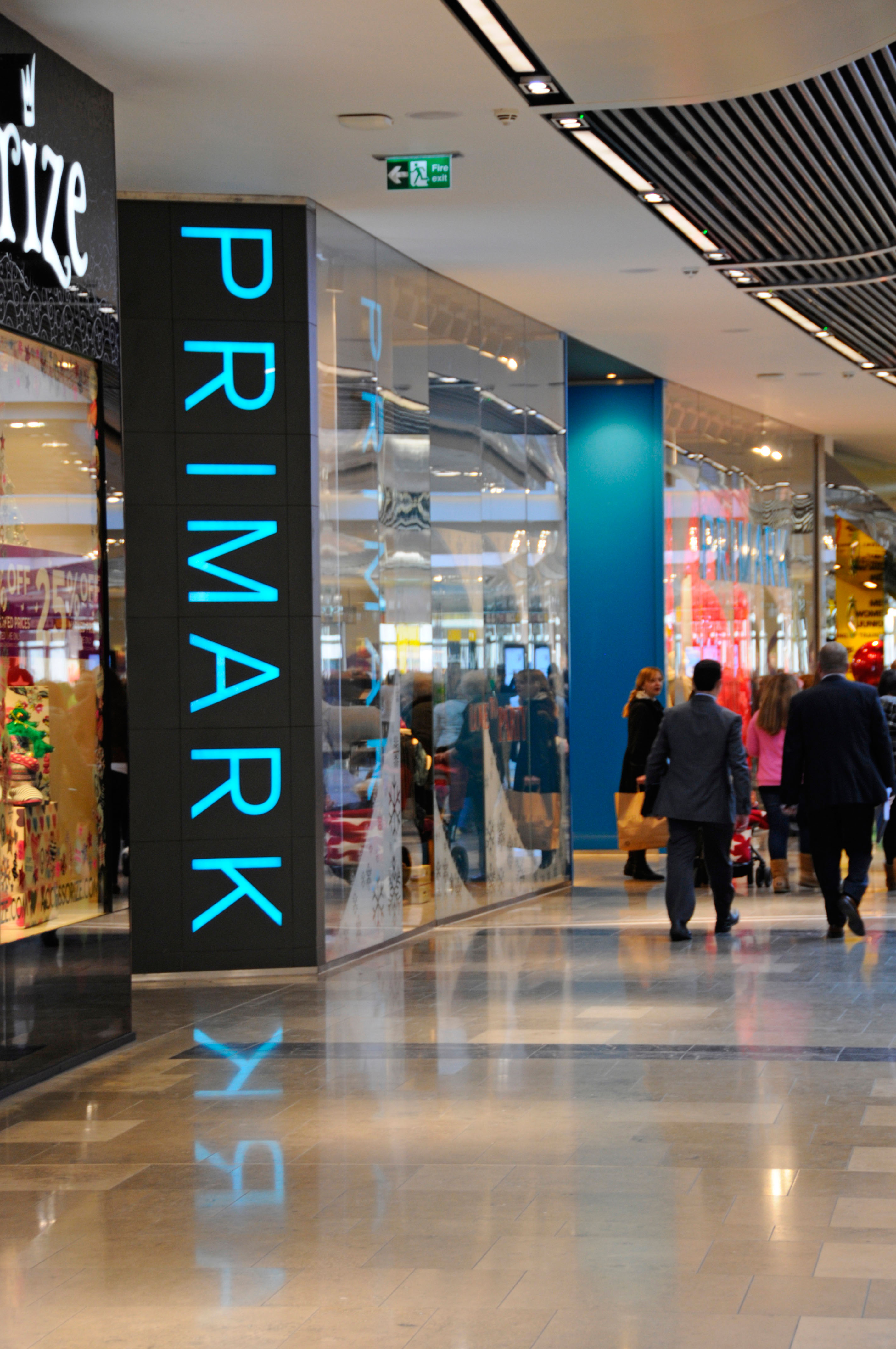 The immersive Primark ride reminds me of the jumble sales my mum used to drag me along to in the local village hall, where old women would shoulder barge each other to get their hands on a musty wooly jumper they had their eye on.

People seem to enjoy risking life and limb to snatch the last of the latest ‘hot’ item, even if it means taking a kamikaze dive through the shiny packed-in rails, narrowly escaping a coat-hanger in the eye.

I know lots of people go there because it’s cheap, stocking up their wardrobes with eight tops, three dresses, three pairs of flips fops, a belt and a onesie – all for way less than £100.

But there’s more to it than that for others.

I’m not saying I’ve never entered the gates of hell, but once was enough to make me realise I was woefully unprepared to deal with such an assault on my senses.

I’m talking about the ‘Pri-masters’ – you know who I mean – those who have a regular payday date with the store from hell.

These are the type who I’m sure could tour every floor of the vast stores in pitch darkness, without as much as brushing up against a clothes rail.

They have a steely determination in their eye, like a hunter tracking its’ prey. They walk around appearing at first to be just browsing, before reaching out, feeling the fabric and snatching an item or two off a rack at a time, with their basket tactfully placed in the elbow crease of their left arm to ensure both hands are always ready for action.

Others will stop at nothing to get their hand on that £1.99 vest top they don’t even need and will wear once before it joins dozens more like it in the bottom of a drawer.

These are the SAS Primark shoppers who adopt the mantra of the feared special forces regiment and ‘Get in, get the job done and get out’. 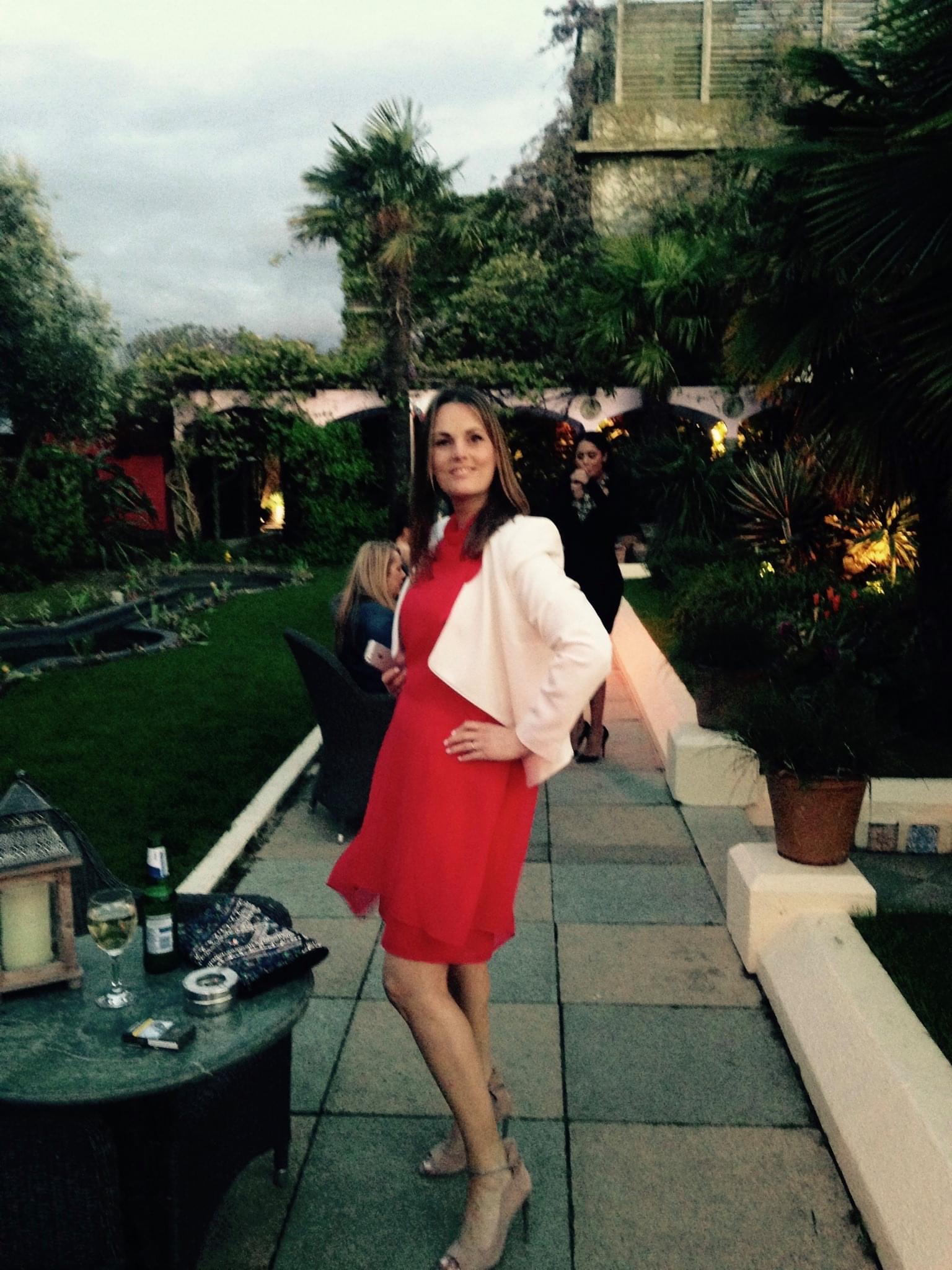 It’s almost like they enjoy it and take pride in their prowess.  If it were an Olympic sport these would be the Usain Bolt’s of the High Street.

They double and even triple bag and God help anyone who gets in their way as they emerge from the automatic exit doors triumphant that they’ve managed to buy so much for so little.

And good luck to them if that’s what makes them happy.

It doesn’t quite do it for me though, the mere thought makes me want to grab a paper bag to stop myself from hyperventilating.

It’s more about the way it makes me feel than an environmental awareness of fast fashion to be honest, though. 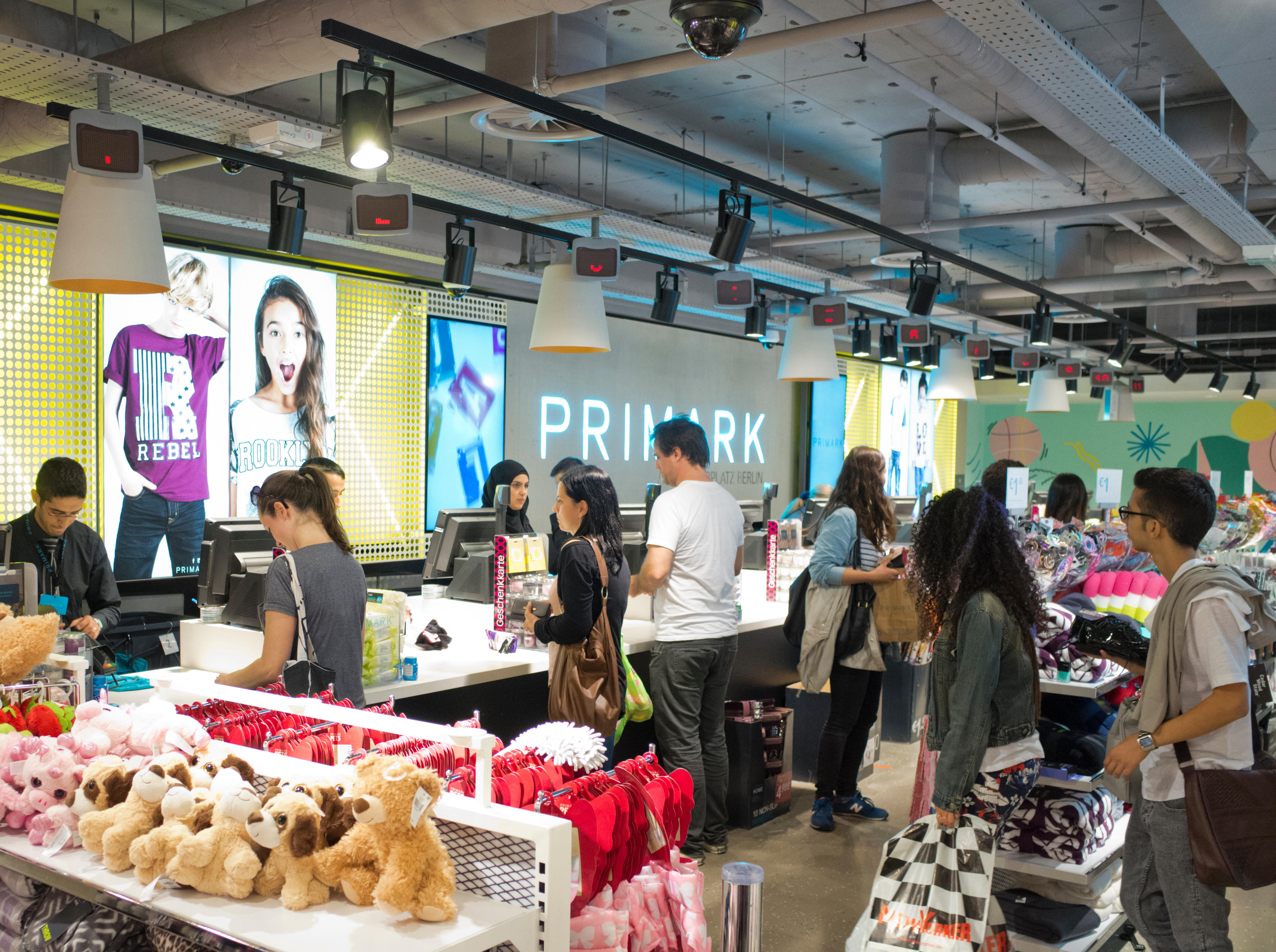 Even if you love shopping in ‘Primarni’ the post-office-esque queues calling ‘cashier number 37 please’ are too conveyor-belt like, the carrier bag is like a beacon screaming that you have cheap taste and the sweat dripping off your head when you step outside, hot and dizzy, completes the painful picture.

It’s like someone ripping the curtains open too soon as you squint in the daylight and breathe in the fresh air.

Shopping for new clothes should be more like the scene from Pretty Woman and anything less is a big mistake – huge, as Julia Roberts famously said.

My wardrobe isn’t overflowing but the majority of clothes I own come from Warehouse, and Oasis, with a spattering of Reiss, Next, Ralph Lauren, ASOS and Lipsy.

People seem to enjoy risking life and limb to snatch the last of the latest ‘hot’ item, even if it means taking a kamikaze dive through the shiny packed-in rails, narrowly escaping a coat-hanger in the eye.

One of my closest friends Claire has a more ‘preppy’ style of dress than me, we rarely like the same things, and she has a wardrobe packed with beautiful clothes.

She has a high-powered career which sees her travelling the country and while she’s got the high-powered dresses and suits to go with it, she loves a bit of Primark as much as the next person.

On shopping trips in the past, we’d wander around all our favourite stores, and when I least expected it, she’d drop the bombshell ‘oh I just need to pop into Primarni’. (she especially loves their make-up removing faces cloths)

NOOOOOO! ‘Don’t make me do it’ I’d plead, before endless teasing about her love for the shop I hate more than anything. 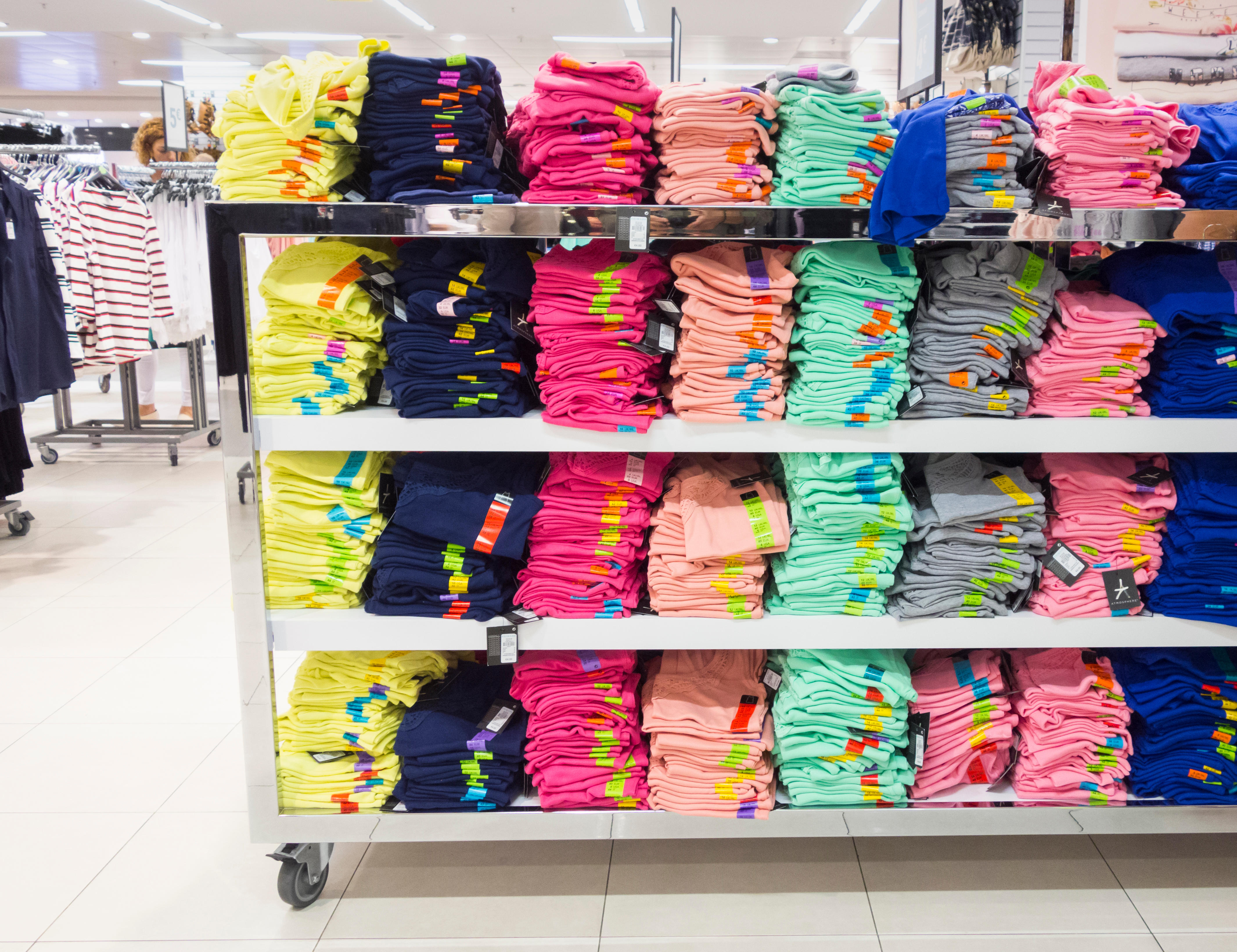 I’ve even complimented her on new clothes (because it’s only polite) and she’s told me ‘Thanks, Primarni’s finest’.

Only I don’t think I saw her wear those items again. But that’s the point, isn’t it?

I may be old school, but I’d want to take the whole £100 and get one nice piece of clothing which I’ll treasure for years.

I want to buy clothes I love so much that they make me feel beautiful when I wear them.

I want them to evoke memories of the event I bought them for whether it’s a wedding, funeral, or a day out with the girls where we do anything apart from visit Primark.

For more real life stories, this woman revealed she's mum-of-three at 19 after falling pregnant for the first time at 14 – even her teachers have shamed her.

And this woman said hot men can’t believe she's 50 – younger guys constantly beg her for dates & I love the attention.

Plus Stacey Solomon caught the labelling bug from her sister Jemma- she set up my company with £300 & now Lord Sugar has invested.