MUM-to-be Steph Arnold was plagued with a terrifying premonition as she awaited the arrival of her son.

The 42-year-old was convinced she was going to die while giving birth, but doctors dismissed her worries. 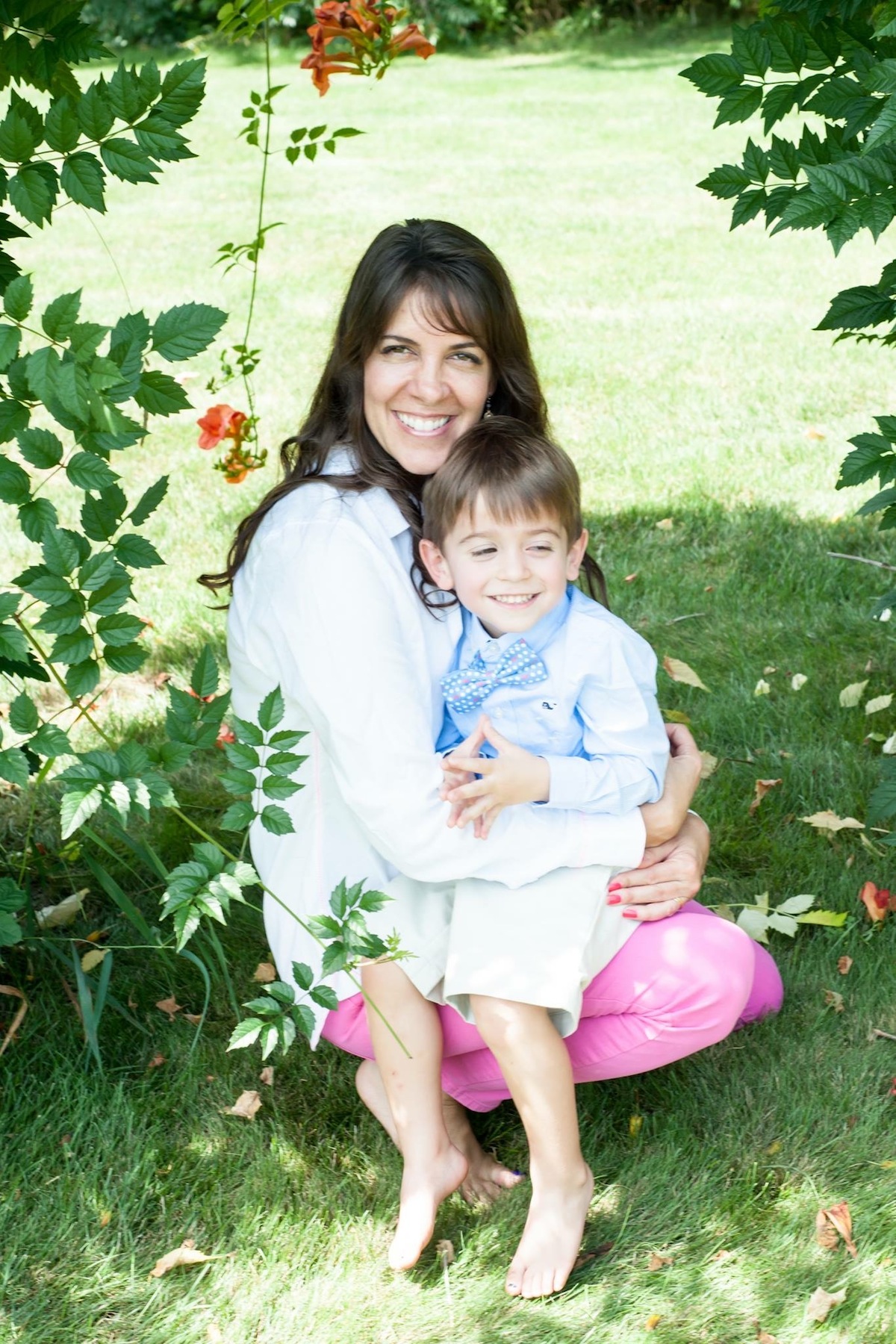 However, when things began going wrong in labour, it was Steph’s premonition that saved her life…

As the wand glided over my belly, I smiled at my husband, Jonathan, standing next to me.

We’d dreamed of having a son – a little brother for our daughter, Adina, 18 months, and Valentina, five, Jonathan’s girl from a previous relationship.

So when we’d discovered we were expecting a boy, we’d named him Jacob early on.

But now, at the 20-week scan, the radiologist looked concerned. She revealed I had placenta previa – a condition that caused my placenta to grow on top of my cervix. 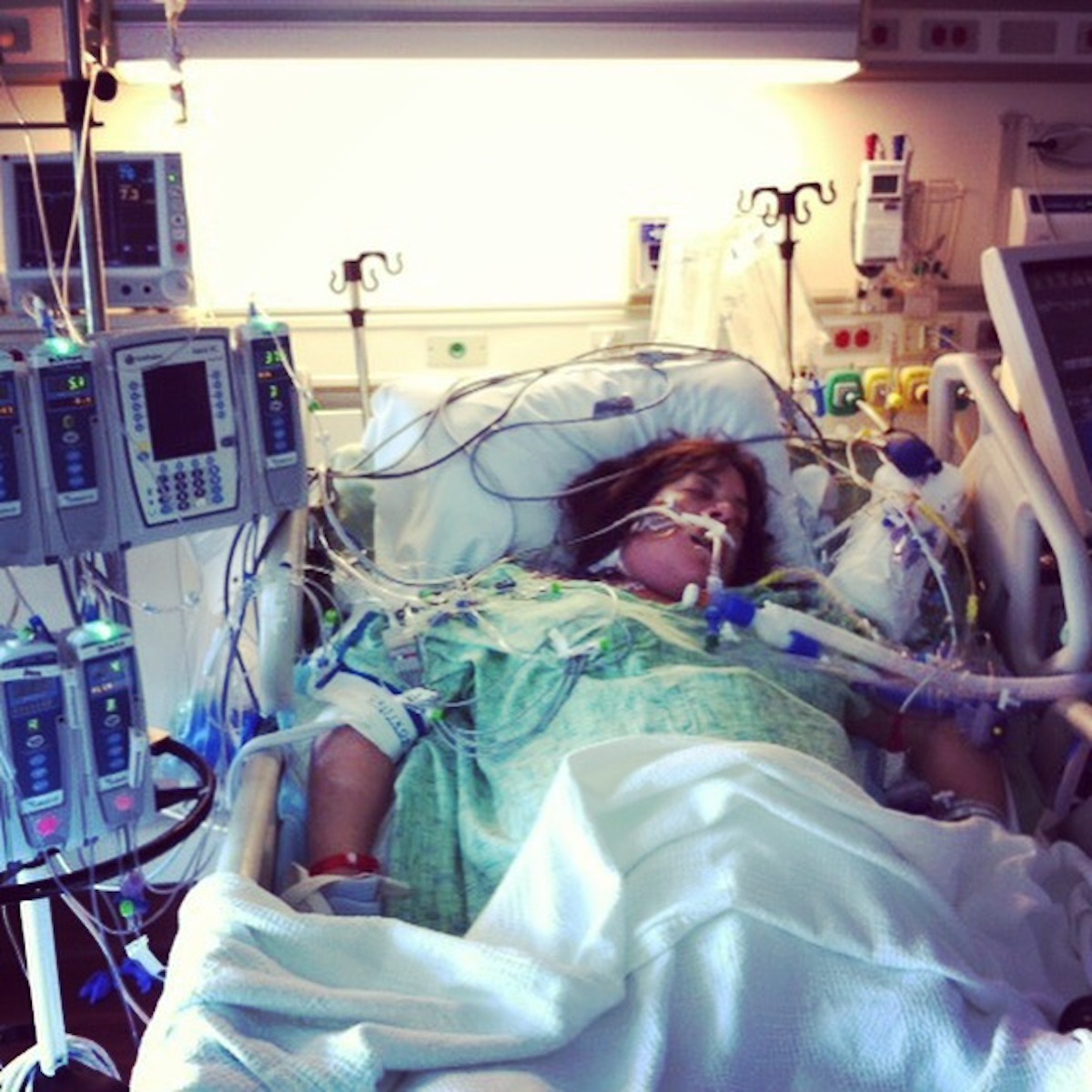 "You’ll need to deliver your baby via caesarean," she explained to me.

Having delivered Adina the same way, I knew what to expect. Back home though, I was eager to learn more about the placenta condition I hadn’t heard of, so I did some research online.

That’s when I discovered that in rare cases it could lead to a more dangerous condition known as placenta accreta, which could cause severe haemorrhaging and bring on an emergency hysterectomy or even death.

As my eyes raced across the words, the hair on the back of my neck stood up. In that moment, I just knew I had the condition and it was going to kill me.

When friends and family asked how the pregnancy was going, I’d simply reply, "I’m going to die"

Closing my laptop, I turned to Jonathan.

"This will happen to me," I said. "The baby will survive but I won’t."

"That’s the worst case scenario," Jonathan replied, trying to calm me down.

Over the next few weeks, I tried to forget about what I’d read, but I couldn’t shake the feeling my time on earth was coming to an end.

Then, one day, I was walking through the park with Adina when I came across an empty fountain. Suddenly, I had a vision where the fountain sprang back to life – but instead of water pouring from the top, it was blood. 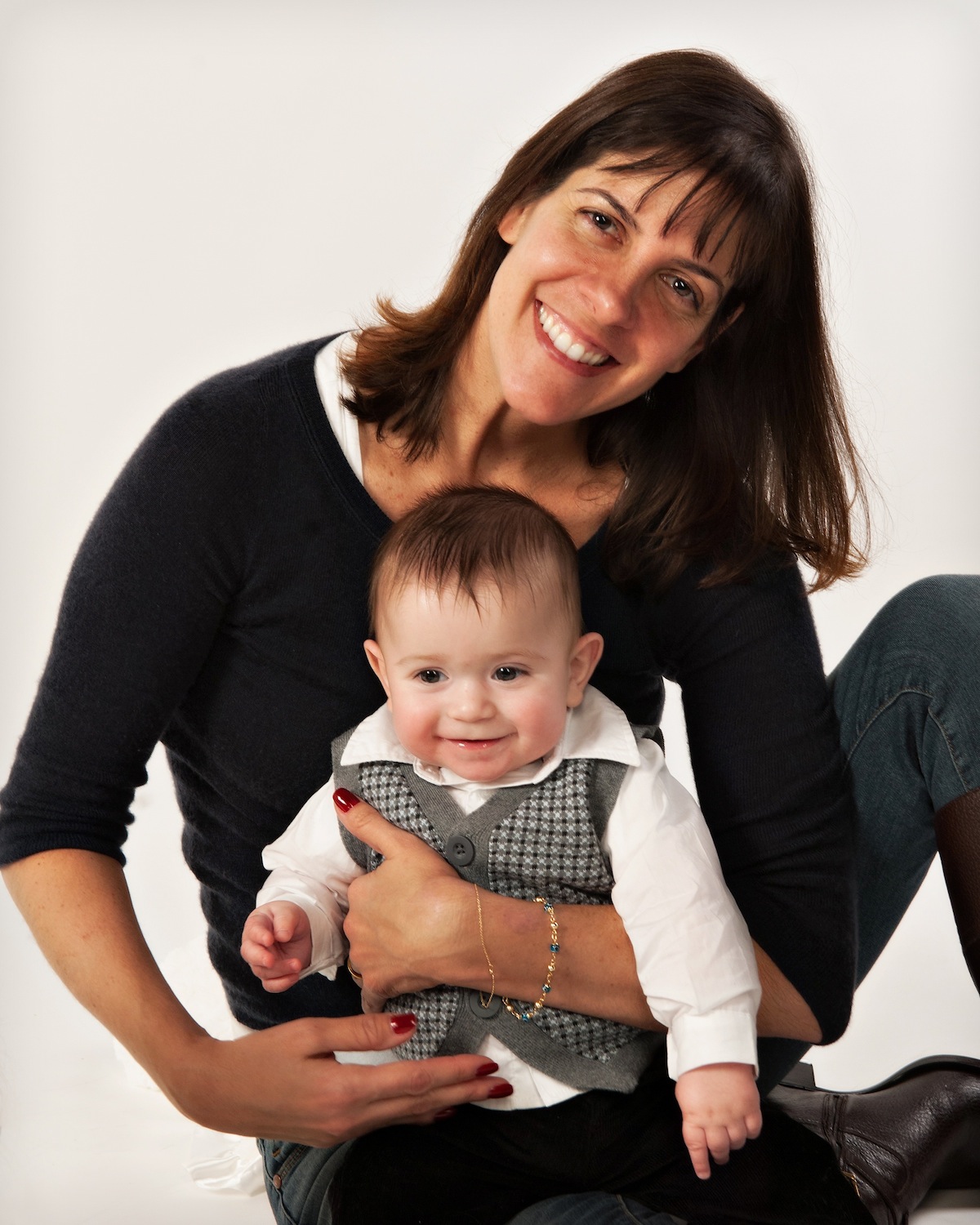 Just then, I felt a trickle of blood run down my inner thigh. Calling Jonathan, he rushed me to hospital where I tried to explain my fears, but they were dismissed by the doctors. They even told me that I’d imagined the blood on my leg.

From then on, I kept having premonitions that I wasn’t going to survive the birth of my son.

Although I’d never had such strong visions before, I’d always been in tune with my own intuition, which had sometimes alerted me when something was wrong. 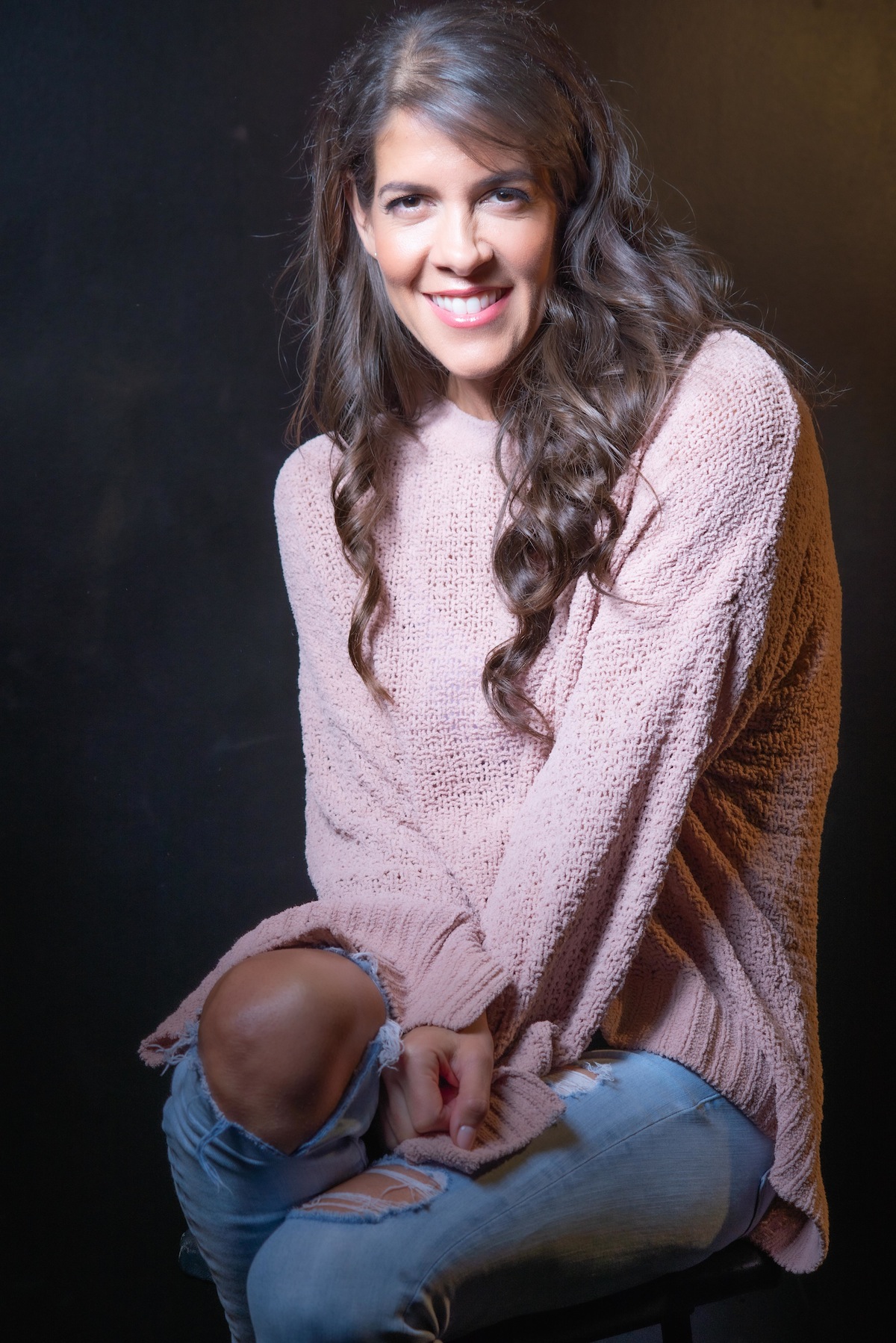 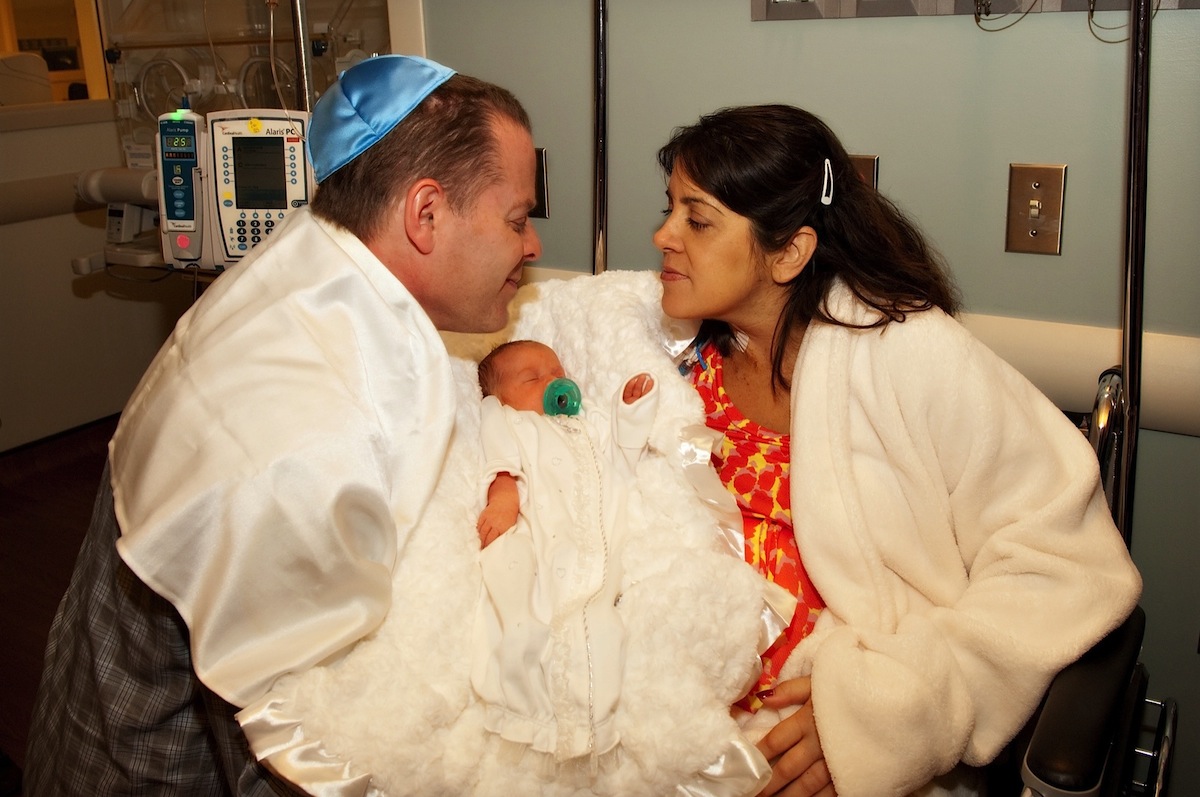 As young as age 10, I remembered feeling a sharp pain in my chest and thinking of my grandma, Ida. The very next day we found out Grandma had died from a heart attack at the exact moment I’d felt pain.

But now the more I tried to convince people of my future, the more they thought I was crazy –including Jonathan. Worse still, I felt like I couldn’t connect with the child growing in my belly.

It’s like I’ve got a ticking time bomb inside of me, I panicked.

When friends and family asked how the pregnancy was going, I’d simply reply, "I’m going to die." Visiting countless specialists, I begged them to help, but all tests they ran came back negative. 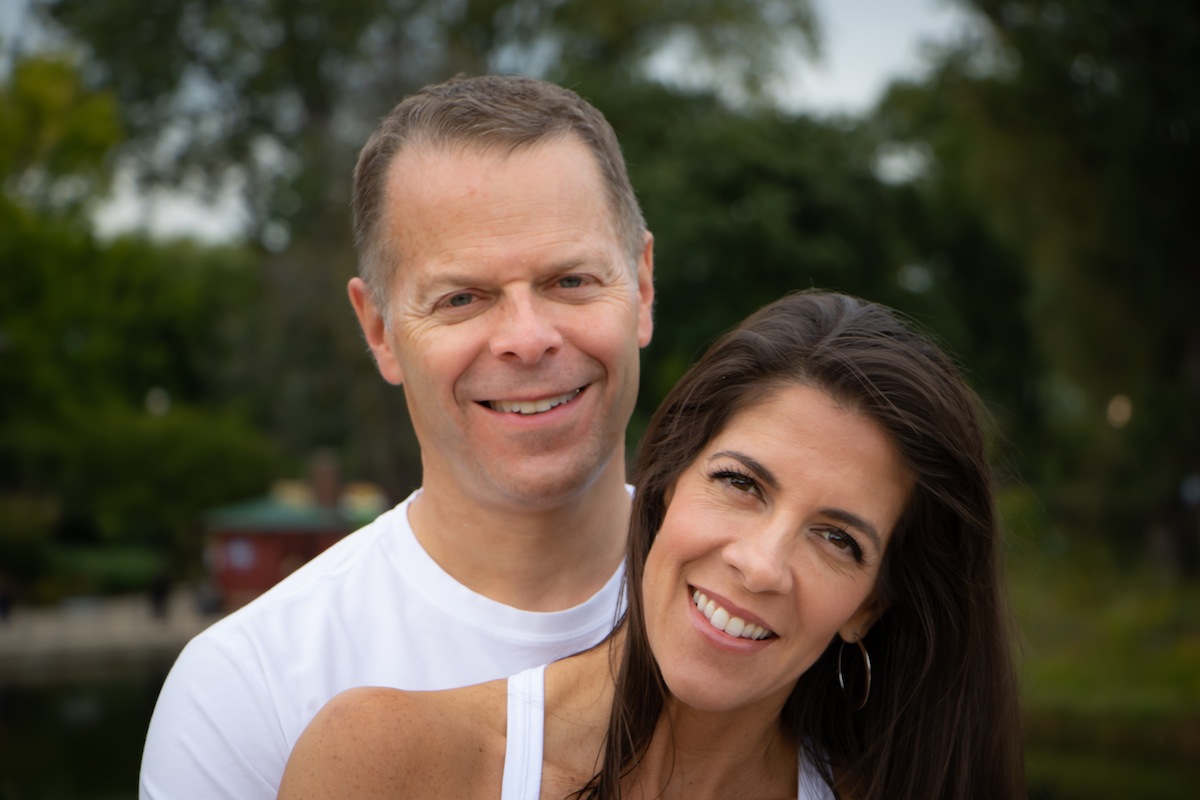 Then, in May 2013, a week before my scheduled caesarean, I was feeding Adina breakfast when I started bleeding heavily. I phoned Jonathan at work, then drove to the hospital.

There, doctors revealed I had high blood pressure, so they’d have to deliver the baby as soon as possible.

Convinced the operating room would be the place I took my last breath, I begged the surgical team to wait for my husband, but they insisted I’d be fine.

Distraught, I kissed Adina one last time and texted Jonathan a final goodbye. I want you to know you have made me the happiest woman in the world, I wrote.

When I came to, I was lying in my hospital bed with Jonathan by my side.

"Am I still pregnant?" I panicked. 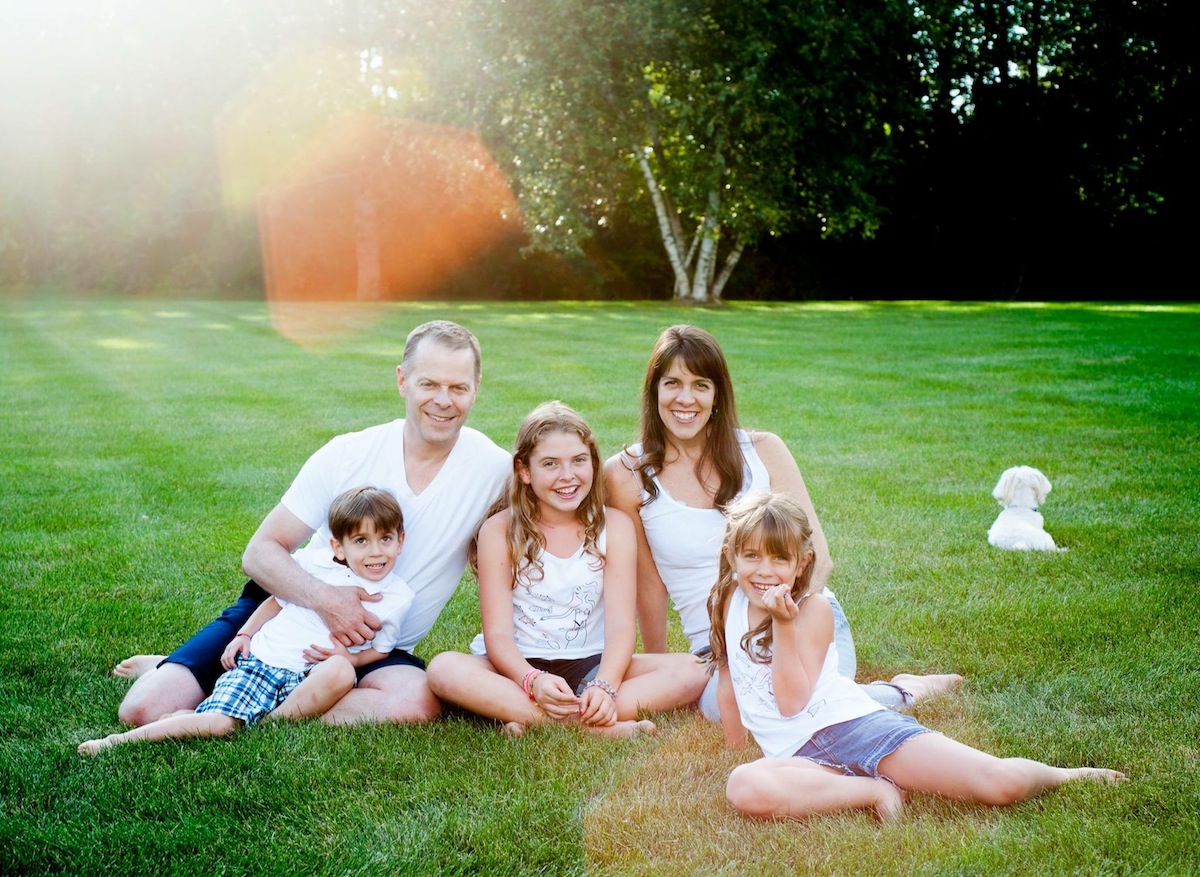 "Jacob is fine," Jonathan said, but he was crying.

He explained I’d been in an induced coma for six days. Shocked, I learned that just seconds after delivering our son, I’d suffered an amniotic fluid embolism, which is when fluid enters the blood stream, triggering anaphylactic shock. It had caused me to go into cardiac arrest and have severe haemorrhaging.

Just as I’d predicted, I’d died on the operating table.

The condition is unpreventable, unpredictable and often fatal. But the medical team were able to revive me 37 seconds later, thanks to notes added to my file by the last specialist I’d seen.

She’d instructed them to have a crash cart and extra blood in the theatre just in case something went wrong. I’d had no idea she’d taken my concerns seriously, but I realised my visions had literally saved my life.

Seven hours after being brought back to life, I had a hysterectomy, before doctors confirmed I’d developed placenta accreta. Astounded, but so grateful to be alive, I finally got to meet my son.

I’m so thankful I spoke up and my fears were taken seriously.

Since then, I’ve had more visions, mostly related to medical conditions that others around me might be suffering from.

I don’t consider myself a psychic, but I’ve learnt to follow my gut when it tells me something is wrong.

I even wrote a book about my experience, 37 Seconds.

‘If you sense something, say something,’ I always remind them.

It meant I was able to be here with them today.

This story was originally published in That's Life! Australia and has been republished with permission.

In other birth stories, this mum gave birth on her bathroom floor, but her waters didn't break.

We also shared how a mum delivered her own baby on the bathroom floor after labour lasted just two minutes.

Plus a new mum had no idea she was pregnant and gave birth in the bath alone – but she didn’t even get the urge to push, he just came out.