IT'S safe to say everyone's had one bad date.

Well, this TikTok woman shared the "worst date she's ever been on" and it puts the rest to shame. 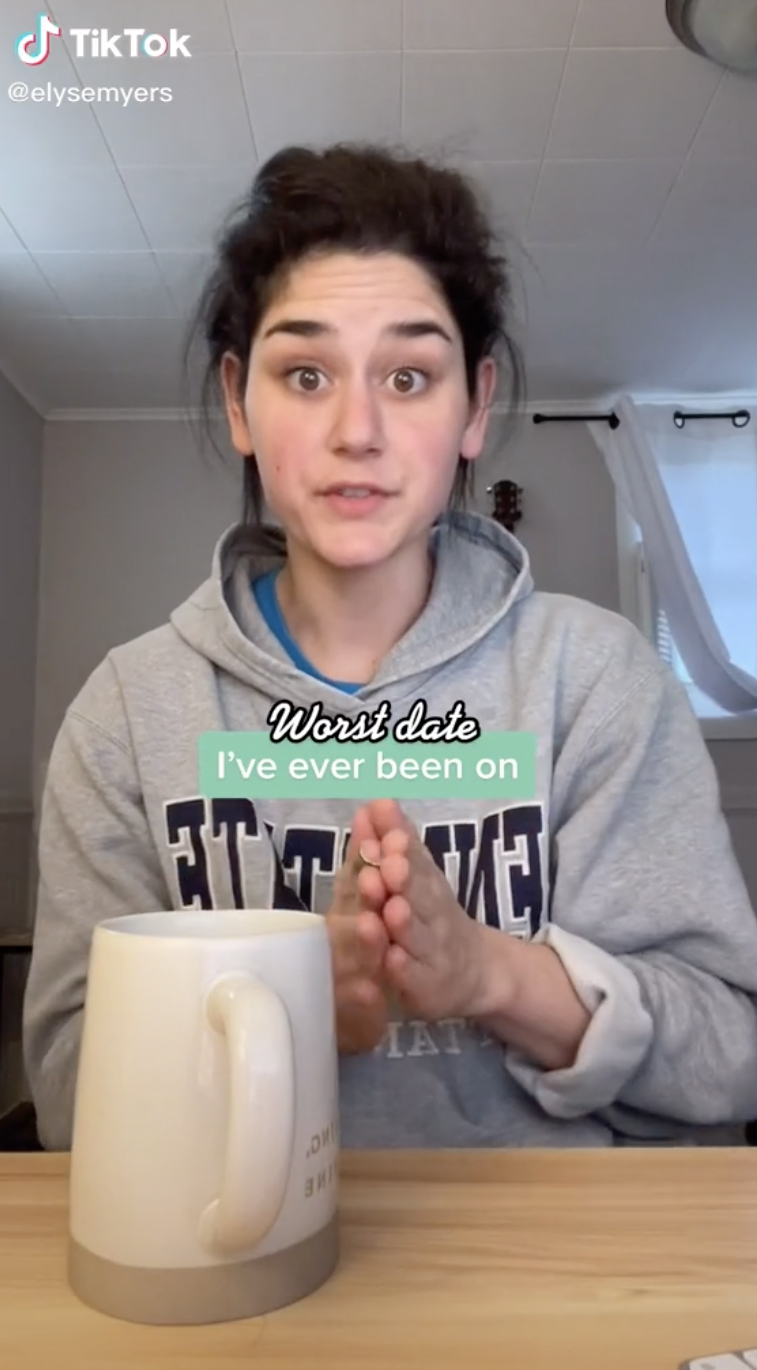 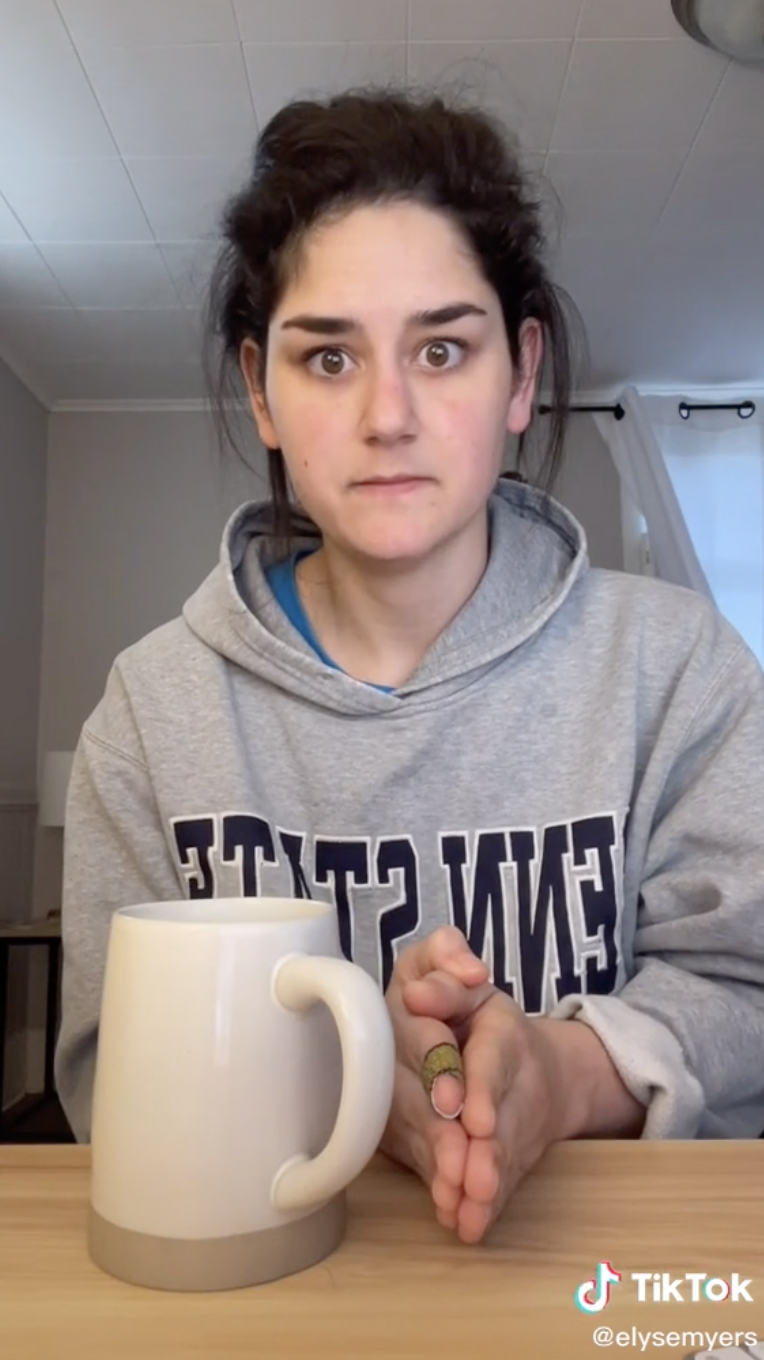 Elyse Myers uploaded a video where she detailed the story while having some morning.

She revealed that she had met a man on a dating app and he had told her: "I like your face, let's go get some food."

He then allegedly told her to drive to his house so they could drive over together. This was the first red flag for her.

Myers continued: "Why didn't we just meet there? I have no idea. I drive 45 minutes to his house and he's standing and he walks up to my car and he goes, 'I've lost my keys, can you drive us there?'

This was the second red flag that let her know this might not be the man for her.

"Should I have just left him there and go home? Yes, did I? Absolutely not," she said.

"He gets in, starts giving me turn by turn direction. He could have been leading me to an abandoned warehouse and he still would have been like 'Left at this stop.'

"We end up at a Taco Bell which is fine. I'm like 'Dine in or drive-through?' He says drive-through. Great, he has a plan. He then leans over and says 'I would like 100 tacos, thank you.'

"We get to the window and he starts patting his body and I was like 'Did you forget your wallet?'"

He had indeed forgotten it and asked her to pay for their meal, another red flag she ignored.

"I buy the 100 tacos and I asked him where do we go now? and he said 'Back to my house.' Ok, this is happening. I'm committed to this now, it's happening."

She continued: "We go to his house, we walk in, and his dad is on the couch and like, he lives with his dad, it's fine. The hoops I'm teleporting myself to convince myself that this decision is ok.

"Walk past his dad and into the kitchen. And he starts taking out the tacos from the box and releasing them from the box. Puts two chairs at the table, sits down, and screams 'Let's feast!'

"I am just calmly unwrapping my taco and taking a bite of it. We are eating hard shell tacos in complete silence. You can hear both of us chewing, it's chaos.

"The dad walks up, grabs a taco – there's 100, so many to spare – he's eating over us, like standing. Crunches with a mouthful and asked me if I wanted to see his studio.

"I was like 'I have never wanted to see anything less in my entire life.' It was that moment that I decided this date was over and I collected all the tacos because I paid for them. I walk out with boxes of tacos in my purse." 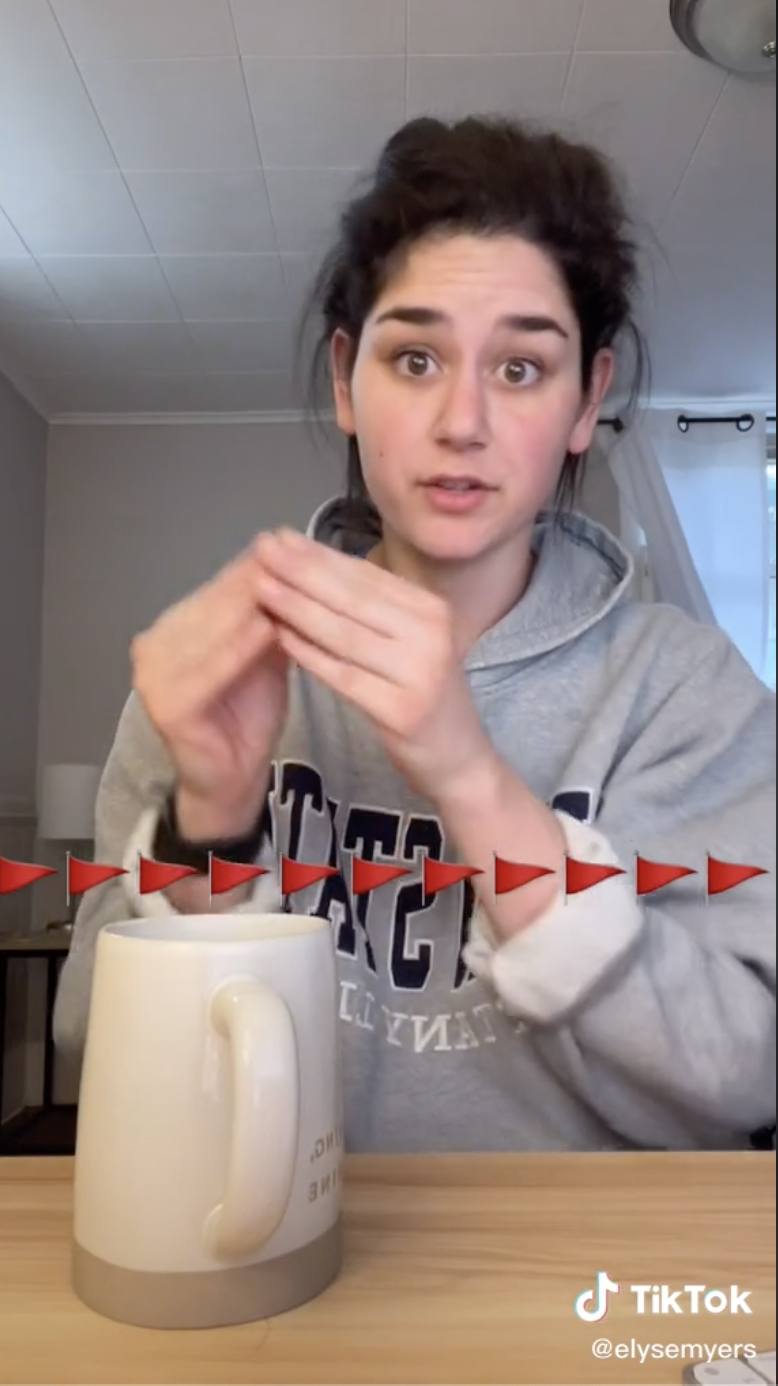 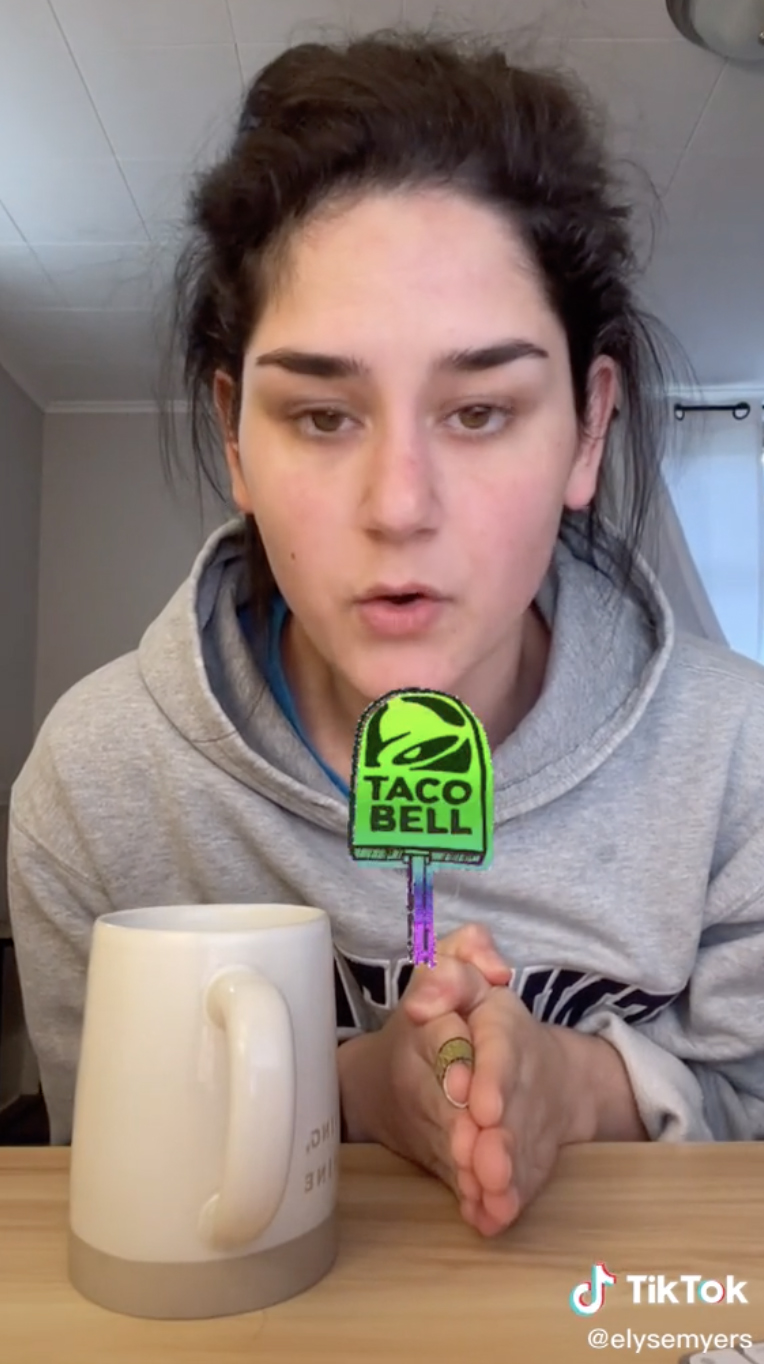