AN INSTAGRAM model has revealed how she's blagged $129,122 worth of free surgery over the past six years, with 20 operations to change every aspect of how she looks.

Laura Lou Brown, from Newcastle, has had six Brazilian butt lifts, five lots of lipo, three boob jobs, one breast uplift, two nose jobs, fox eye surgery (where the skin around your eyes is cut and pulled for a brow lift), veneers and ab sculpting. 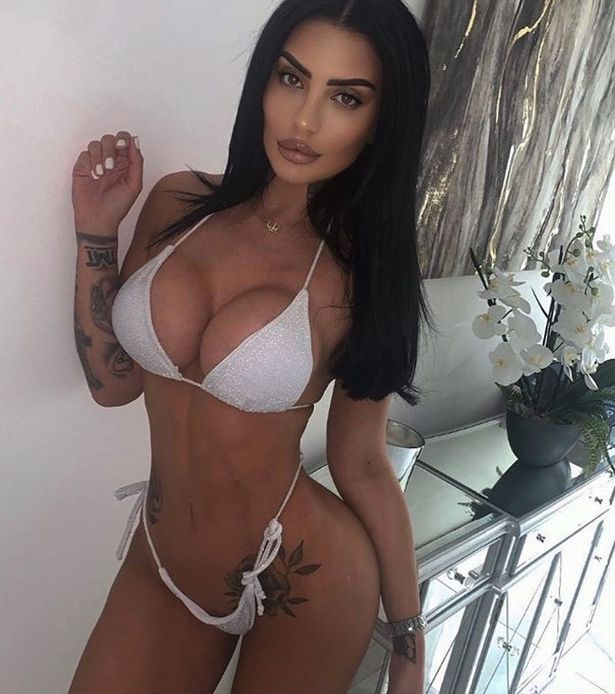 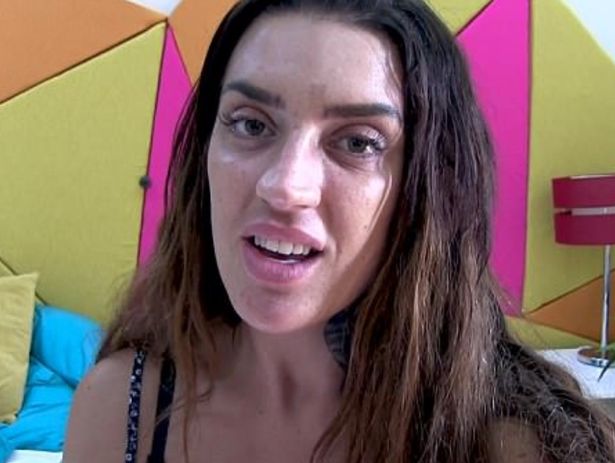 The 31-year-old, who is single, gets all the work done at Istanbul's Comfortzone Surgery, where her pal Chloe Ferry, from Geordie Shore, is also a client.

Speaking exclusively to Fabulous, Laura said: "I first had surgery five years ago, when I was 26.

"I went on the Ex on the Beach and I was completely natural.

"When I came off the show, I had a lot of internet trolling, saying 'you're ugly', 'so fat' and 'go and die'. It really got to me and made me want to change myself. 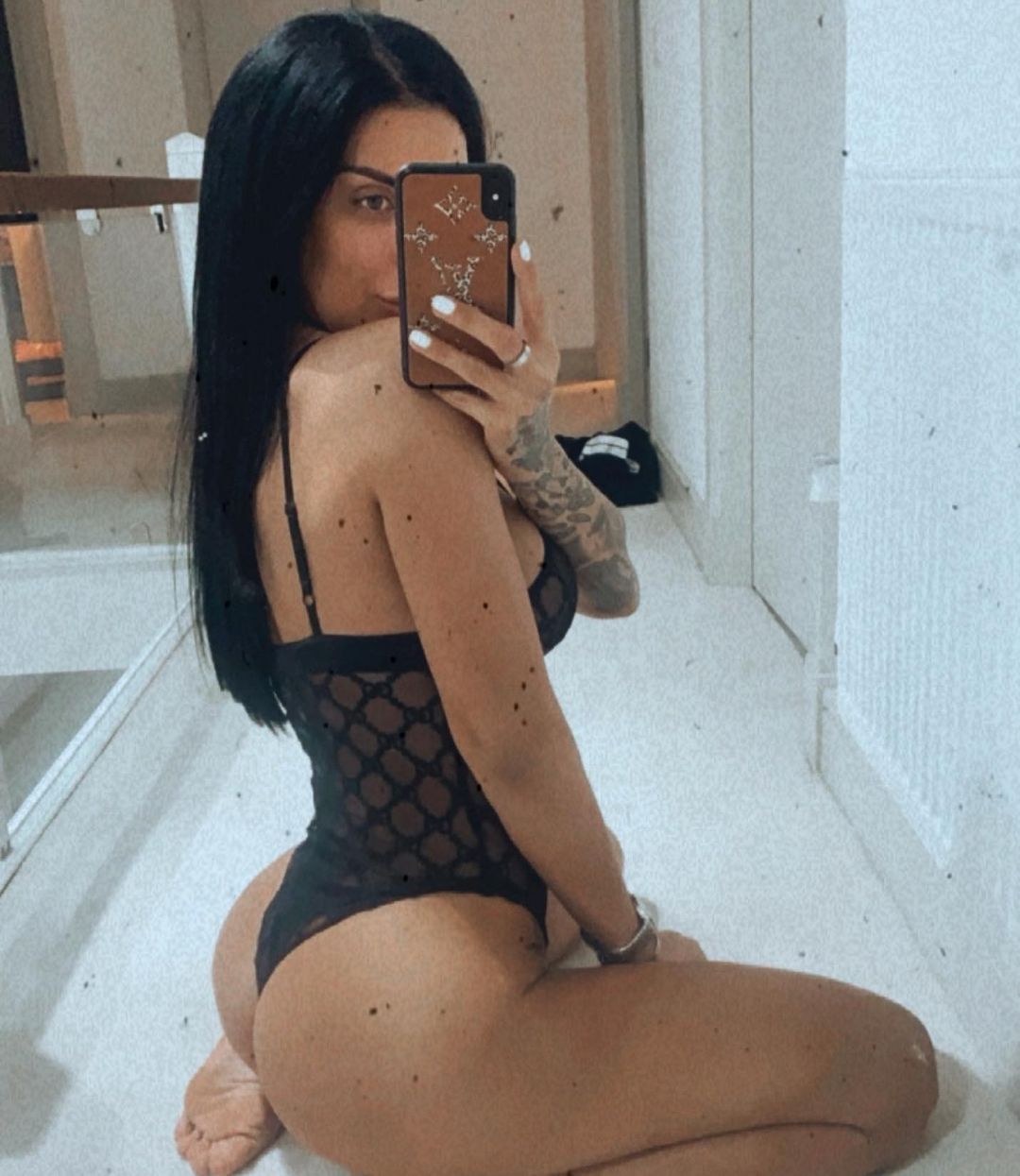 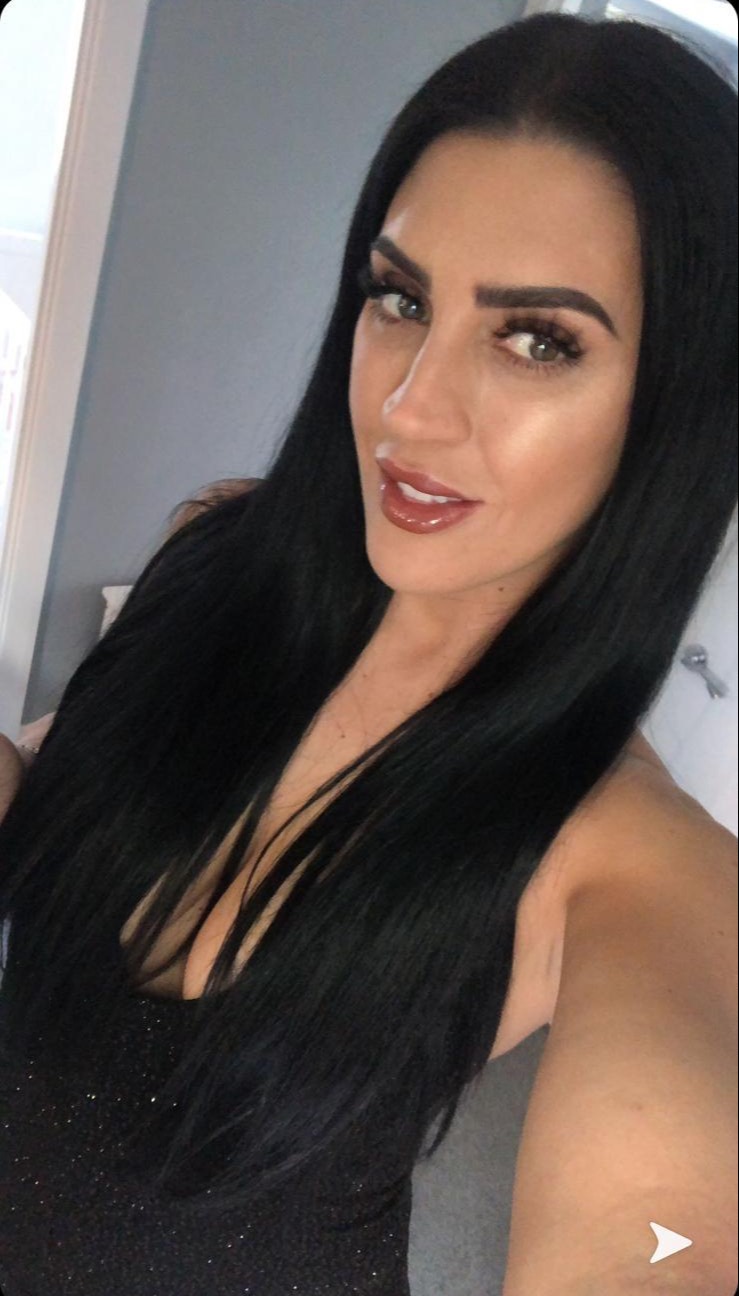 "My first op was a Brazilian butt lift and boob job. I’ve had everything done in Istanbul, it’s cheaper there and when I came off the show, I begged the cosmetic company to help me.

"I said ‘I need your help, I can’t do this anymore’. That’s when they agreed to do it for free. I became an ambassador for the company but I’ve had so much work done that now I’ve had to start paying for it. 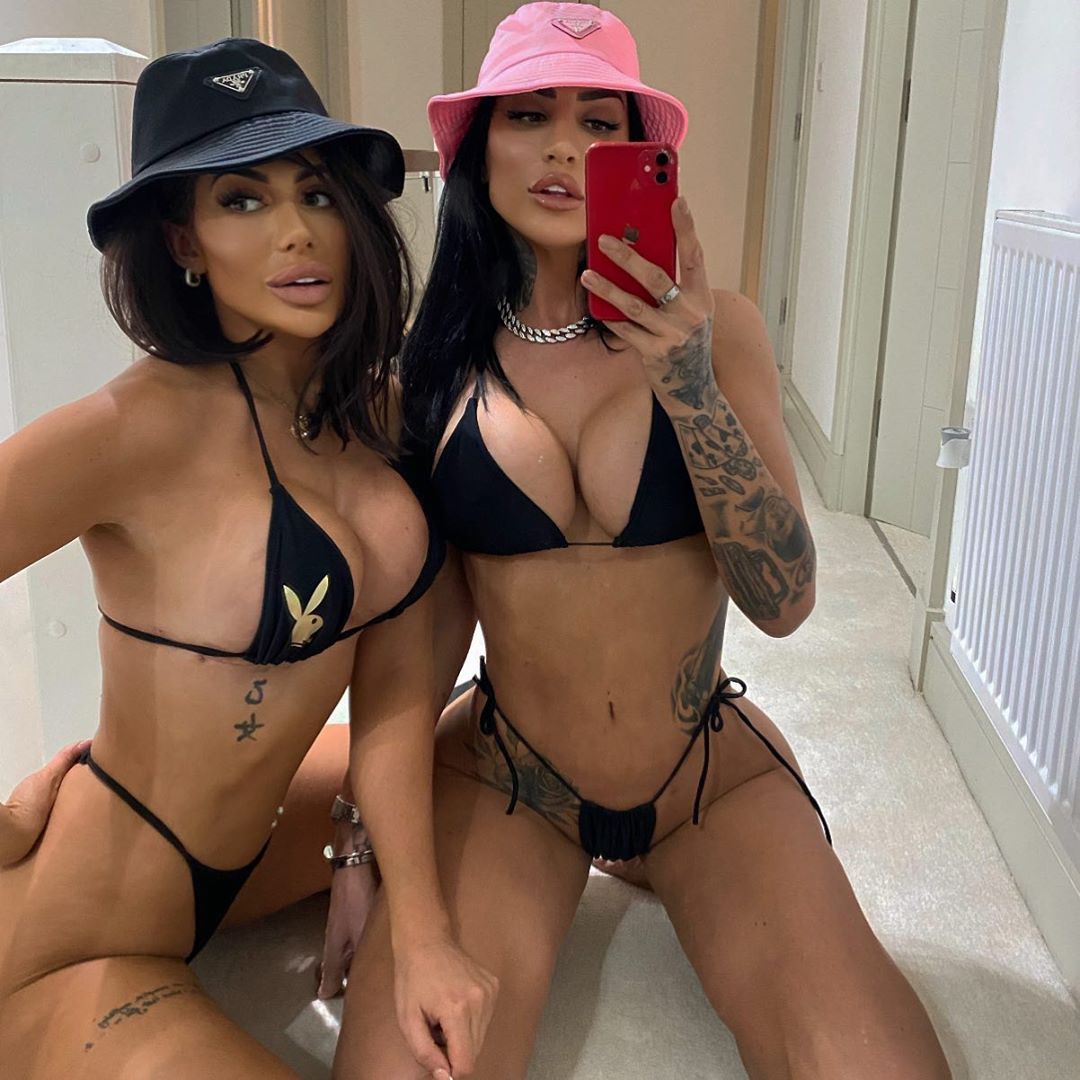 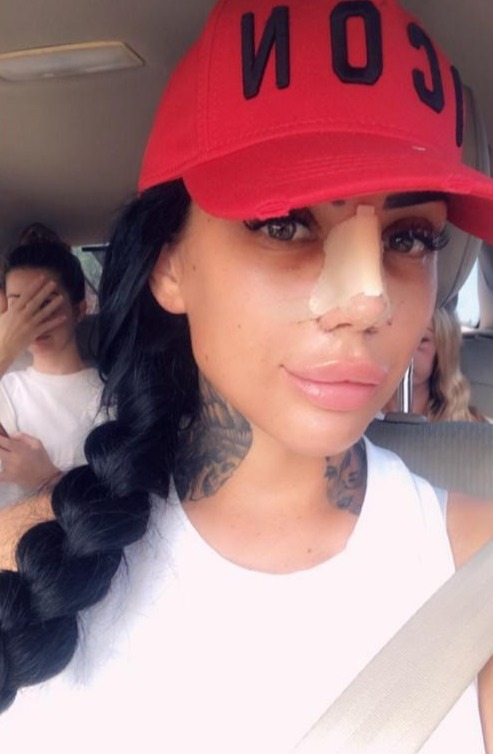 Laura says stories of surgery abroad gone wrong, like that of tragic Brit Leah Cambridge, 29, who died in August 2018 after a botched butt lift in Izmir, Turkey, don't worry her – because she's a regular at her chosen clinic.

She said: "It doesn’t scare me at all, because I’ve had work done for so long and I’m used to it. I’m a regular, the surgeons are my friends.

"If I had heard the horror stories before I went for the first time I probably would have been scared, but I trust my surgeons and I’ve been with them for years, so it doesn't bother me."

I begged the cosmetic company to help me. I said ‘I can’t do this anymore’. That’s when they agreed to do it for free

A Brazilian butt lift should last for several years, while boob implants last for nine or ten, but Laura has continued to return to Turkey for top-up ops. 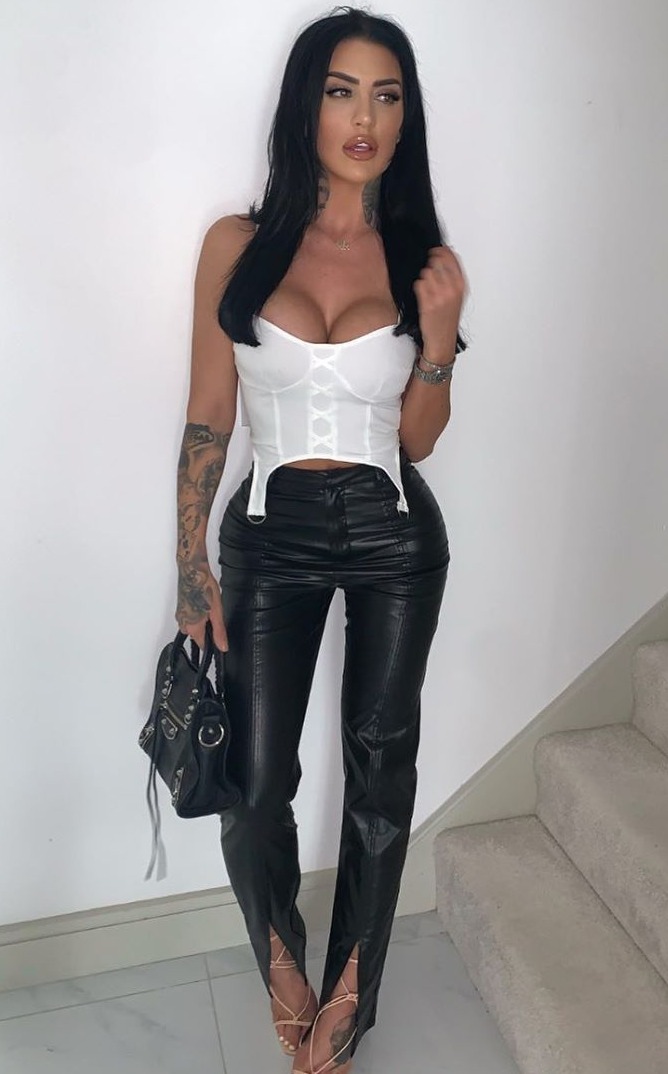 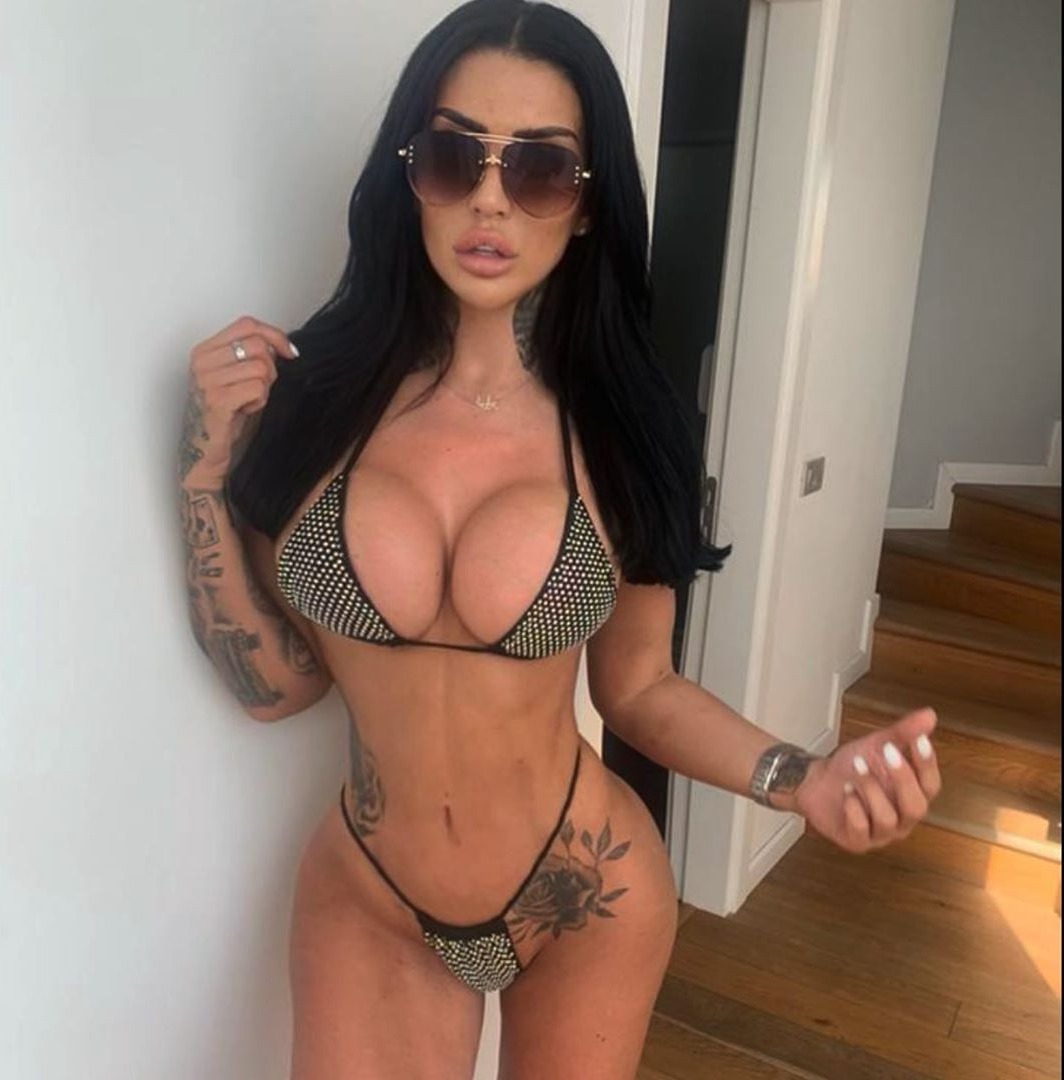 But when it comes to her derriere, bigger is always better in Laura's eyes.

She says: "All I ever wanted was a really small waist and a big butt. I had my first BBL five years ago and I've kept going back.

"Everyone says my butt is big now but I don’t think it is, I always want more fat put in my hips and bum.

"I've had too much liposuction, I'm not allowed anymore, so my only option is to get bum implants or filler next."

How to have surgery safely abroad

Surgery abroad often costs less than here in the UK, but you need to weigh up the risks.

No surgery is risk free, but overseas clinics may not provide the same follow-up treatments as here in Britain. Aftercare is an important part of the treatment.

The NHS advise being especially cautious of websites selling cosmetic surgery as part of a holiday.

If you do get a holiday package, make sure you have your consultation with the surgeon, not a sales rep, and don't pay for a hospital you haven't seen or a doctor you haven't met.

Do your research, find out what insurance the clinic has and if it will cover you if something goes wrong.

You should have two consultations before the op, and a two-week 'cooling off' period to think it through.

Air travel and major surgery increases your risk of a blood clot. Do not fly for 5-7 days after surgery like boob jobs or lipo, and for 7-10 days after facial ops or tummy tucks.

During a Brazilian butt lift, fat is taken out of the body using liposuction and inserted into the cheeks.

"I'll eat cake every single day and takeaways for two to three months before an operation, it’s like a dream.

"After the op, I have to go on a diet to maintain it – eating just 1,500 calories, drinking loads of water and training five days-a-week.

"I've been obsessed with getting a bigger bum, so I've kept doing this over and over.

"It's too easy to get surgery done. If I was to put weight on, I wouldn't even go to the gym, I'd just get surgery. That's not normal, to have the attitude that you'll just get it sucked out.

"The last surgery I had was July, which was my nose job. My last BBL and boob job were in February. Turkey’s like my second home at this point." 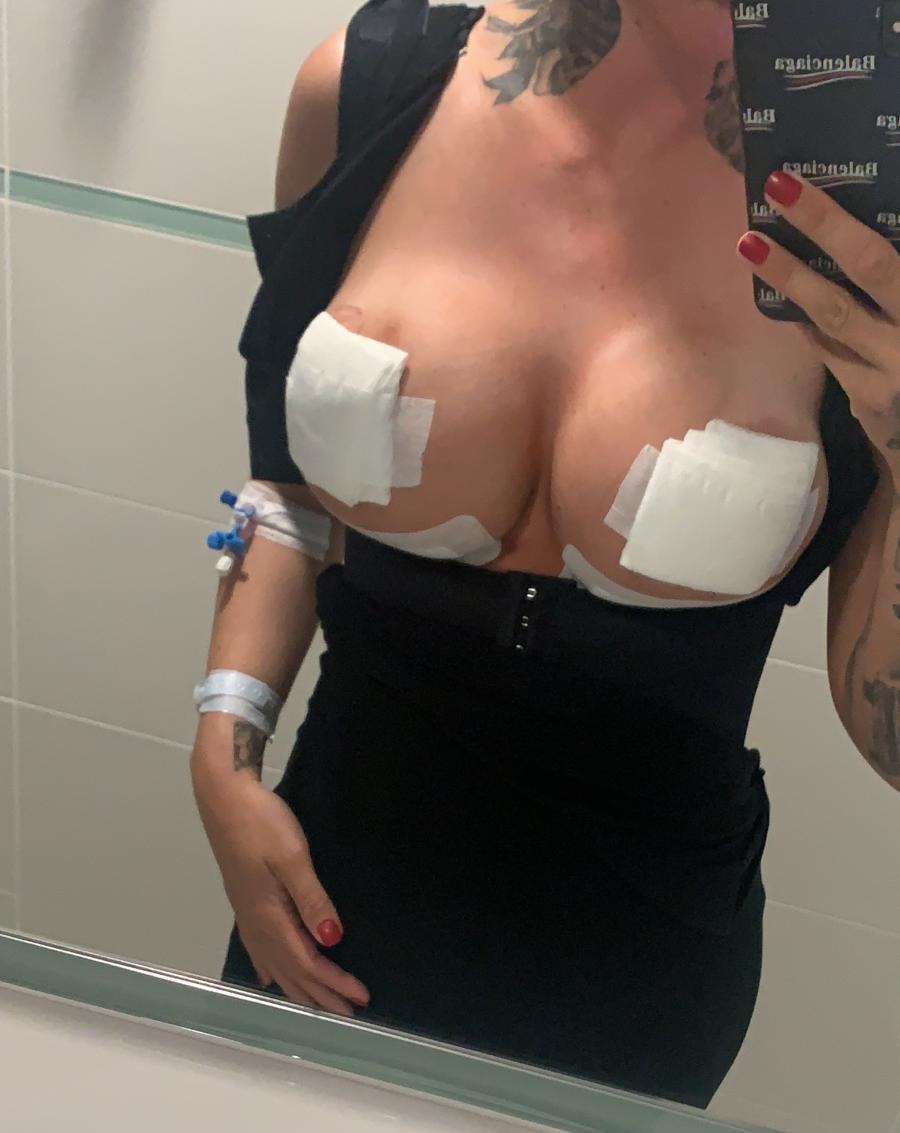 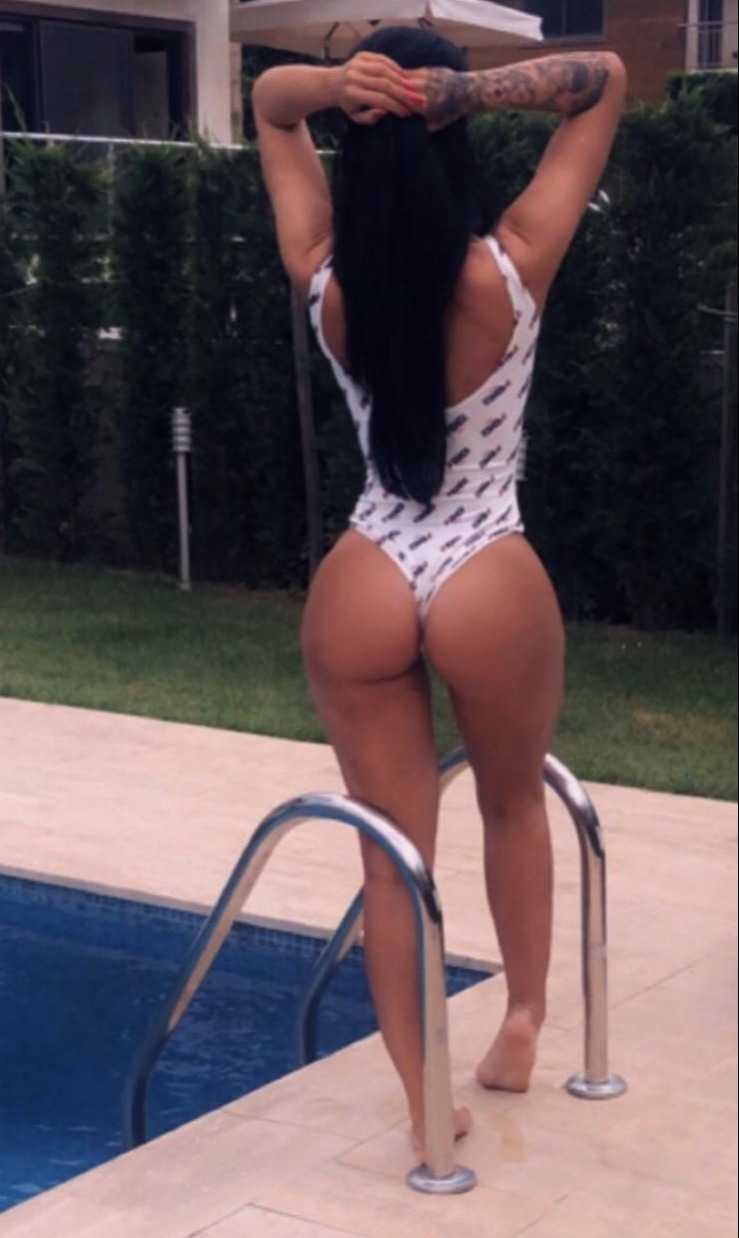 Laura's most recent trip was with reality star Chloe, who in 2018 revealed she'd had $64,651 worth of work done. The pals met on a night out in Newcastle six years ago, and instantly hit it off.

Laura says: "If you go on Chloe’s Instagram, there’s a picture of me and her in our bikinis in Turkey and people are commenting on it going ‘you two are only friends because you're both plastic’ and ‘er how disgusting are you?’

"The comments are awful, and Chloe gets trolling every day. If you're natural, you get called ugly, if you're fake then you get called plastic. What do these people want? You can't win." 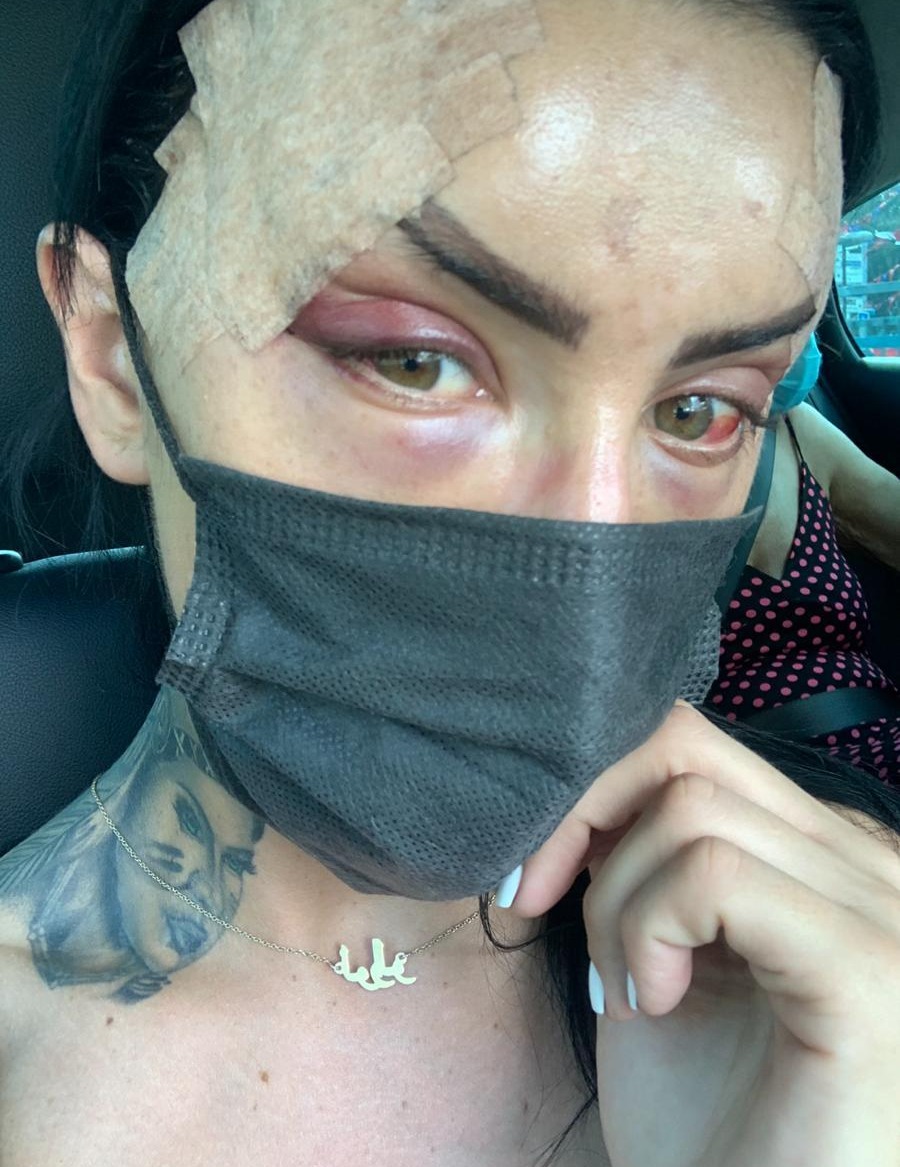 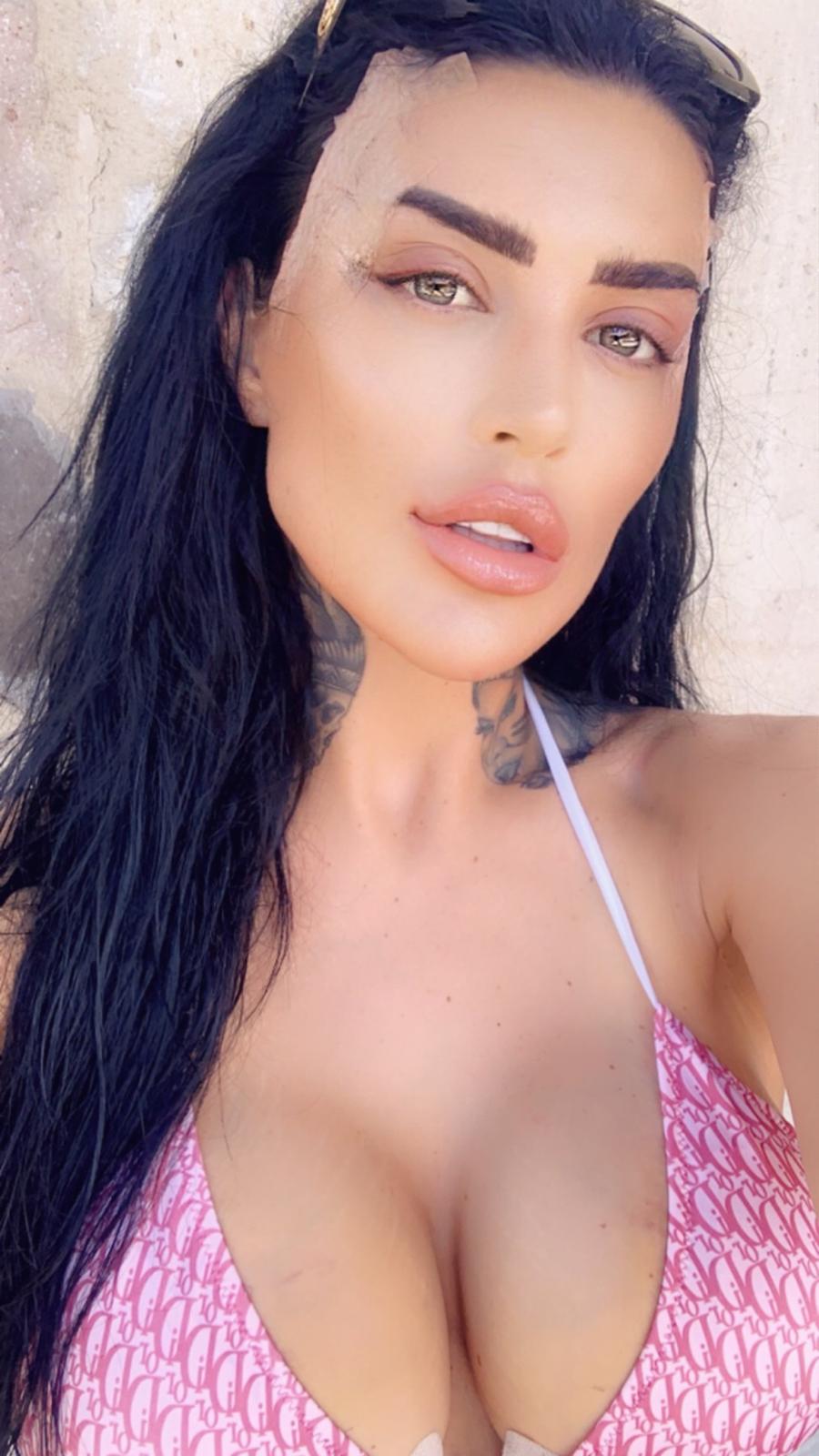 As well as twice yearly trips to Turkey, Laura gets fillers in her under eyes, forehead, jaw, chin, cheeks and lips topped up every three to four months.

She says: "Next year I want to get fat transfer under my eyes, like tear trough fillers but permanent.

I don’t care what the trolls think anymore, I know I look good so they must just be jealous

"And I want to get my chin shaved and reshaped surgically, a proper reconstruction.

"I’ve had both procedures done with fillers but I want them done permanently.

"Now I hardly get any nasty comments, but I do occasionally get ‘plastic bitch’ and ‘go to the gym instead of getting surgery’.

"But I don’t care what the trolls think anymore, I know I look good so they must just be jealous." 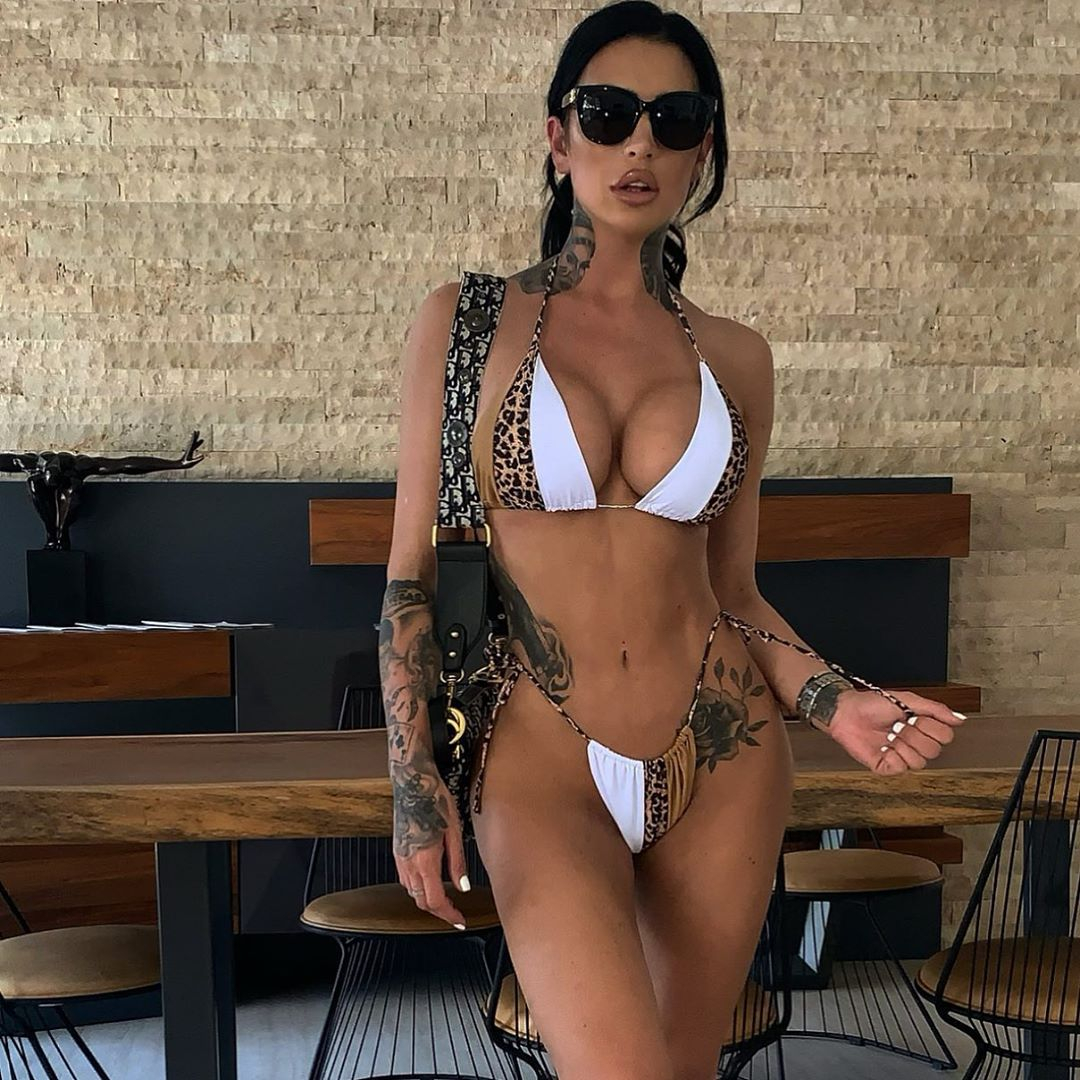 Although she loves the way she looks, Laura's friends and family have begged her to stop having surgery.

She says: "My mum and whole family were heartbroken to see me change myself because I couldn't live with how I was, it has been awful.

"I look completely different now, my mum even says ‘you’re not the little girl I had anymore’. I look unrecognisable. 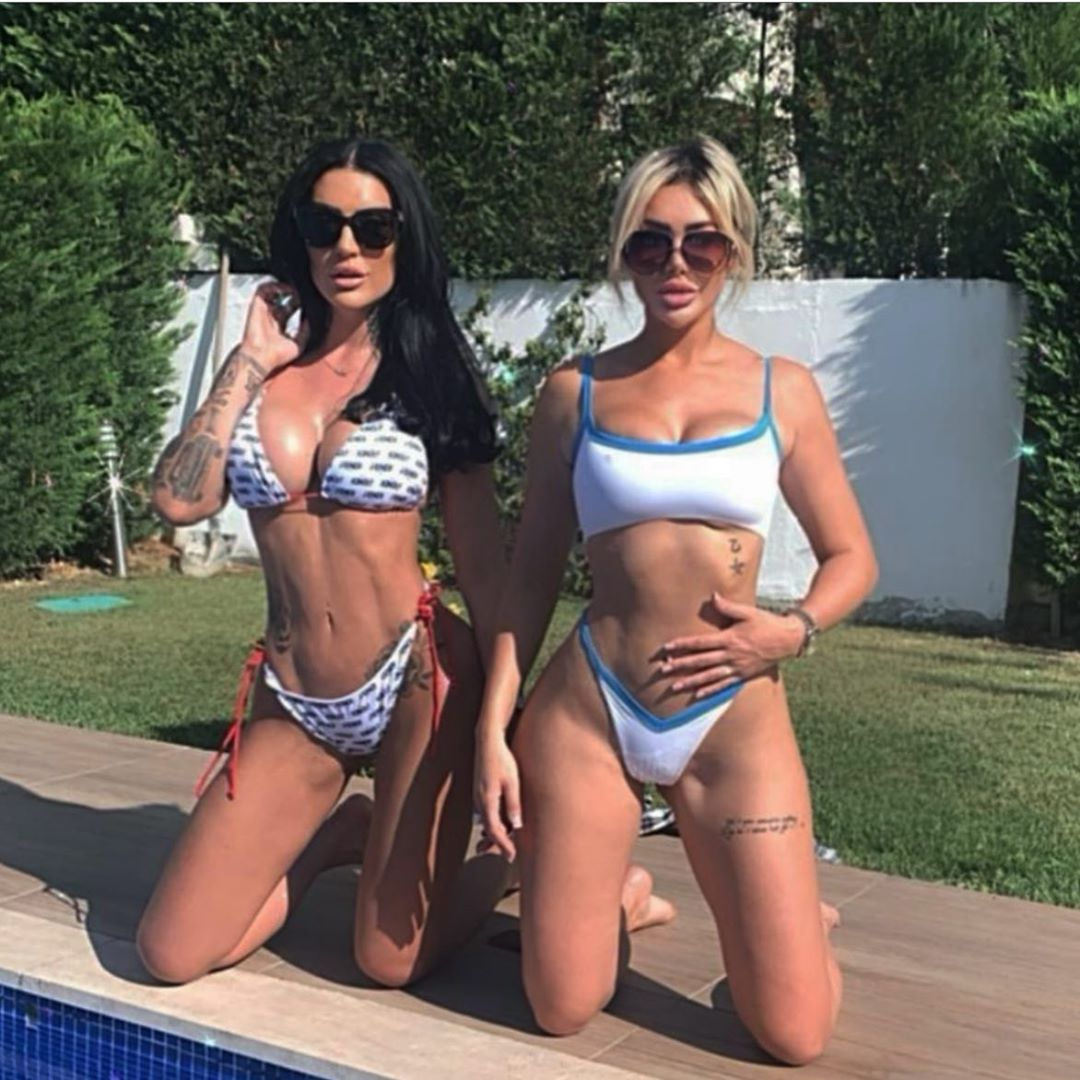 "Mum begs me not to get more work done, and that’s the message I want to put across to other girls.

"A lot of teens messaging me on Instagram saying ‘I want to look like you’ but I’ll message back and say ‘you’re absolutely beautiful, you’re perfect how you are’.

"Even though I promote a surgery company, I would never promote it to anyone under 18, I think that's wrong, or encourage anyone to get unnecessary work done.

"I've had things done which weren't necessary, I realise that now. I'm addicted to surgery, 100 per cent. I feel like I can't stop.

"I’m not saying I regret my surgery, because I don’t, but people shouldn’t go to the extreme I have.

"I am happy with how I look now, but there's still things I want to change. I don't think that will ever stop."