A GROOM has slammed his mother-in-law who turned up at his wedding in a white ball gown.

Taking to Reddit, user youassassin shared a group shot from his nuptials featuring his wife and her dad, step-mum and step-sister. 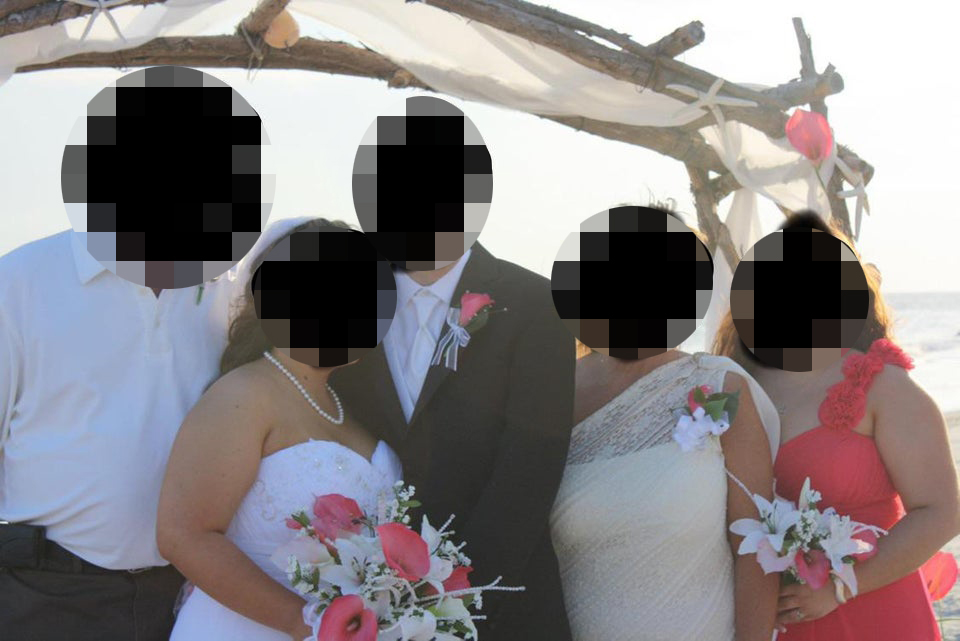 The bride’s step-mum is dressed in what the groom described as an “off-white” dress that could easily be mistaken for a bridal gown.

Fellow Redditors were outraged at her choice in outfit, with the photo receiving dozens of comments dubbing the woman a “moron.”

“What a f***ing moron” wrote one, while another simply commented “Oooof.”

In attempt to make the bride feel better another added: “Off white looks dirty compared to your white so it works out lol.”

We were surprised she showed up in what could pass for a wedding dress, but we didn’t really care. What do you expect from someone like that?

The groom went on to explain that this was not the first time that the step-mum had caused problems, and since the wedding she has now split from his wife’s dad.

He continued: “She cheated on her husband with bride’s dad who cheated on my mother-in-law 22ish years ago. They get married; fast forward to 5 years after the wedding she cheats on bride’s dad…

“We were surprised she showed up in what could pass for a wedding dress, but we didn’t really care.

The photo was shared on the Subreddit r/weddingshaming.

The group has over 27,0000 members and is described as a "A place to shame wedding themes, brides, grooms, wedding party, in-laws, outlaws, guests, Uncle Bob, vendors… you name it, we shame it!"

In other wedding news, a farmer who proposed to his girlfriend by putting a diamond ring on a cow's udder has been slammed online.

And a bride shared a shocking snap of her "embarrassing" mother-in-law barging in and interrupting her first dance with her husband.

Plus we told you about a bride who slammed both the groom's parents after they chose to wear white on her big day.