MILAN — The opening of a new Etro Home store in Beirut this month is a signal that the recently devastated city is slowly beginning to rebuild and telegraphs the Italian company’s drive to further expand its interiors division.

Jacopo Etro, who is in charge of the home line at his family’s fashion company, praised the resilience of the Lebanese people. “Throughout their history, they have been used to reacting [to problems] and always rolled up their sleeves, they have a thirst for life, they live as if there were no tomorrow,” he said. “There is great positivity despite all the political and economic issues.”

The 7,560-square-foot store, opened with local partner AD Collection, had been in the works for about a year and, located not far from the docks, it was originally meant to open two days after the Beirut port blast on Aug. 4. The damages were fixed in about a month and fortunately nobody was inside, so there were no casualties or injuries, Etro noted.

Things have been improving in the city, with architects visiting the store and many restructuring projects in the works. “They have such an incredible sense of color that reflects our brand’s,” Etro observed, referring to the label’s signature paisley, Pegasus winged horse, and distinctive patterns, as well as its animal and floral decorations.

The Return of Elsa Peretti for Tiffany & Co

Etro was pleased with the home business in general, in Italy and globally, reflecting “a rediscovery of the home” as the pandemic continues to change peoples’ lifestyles.

“People want to set their homes in ways that can improve how they work remotely. We spend much more time in our homes, so our point of view has changed. We are not thinking in terms of dinners and parties at home, but rather how we can live comfortably in it,” he said.

After the lockdown, people have been eager to renovate and change their homes, almost as if they had just discovered them, he claimed. “We’ve seen a boom, a renaissance of our Home line. Our store in Via Pontaccio [in Milan’s arty Brera district] has registered a 50 percent uptick in sales since the beginning of the year,” Etro said. 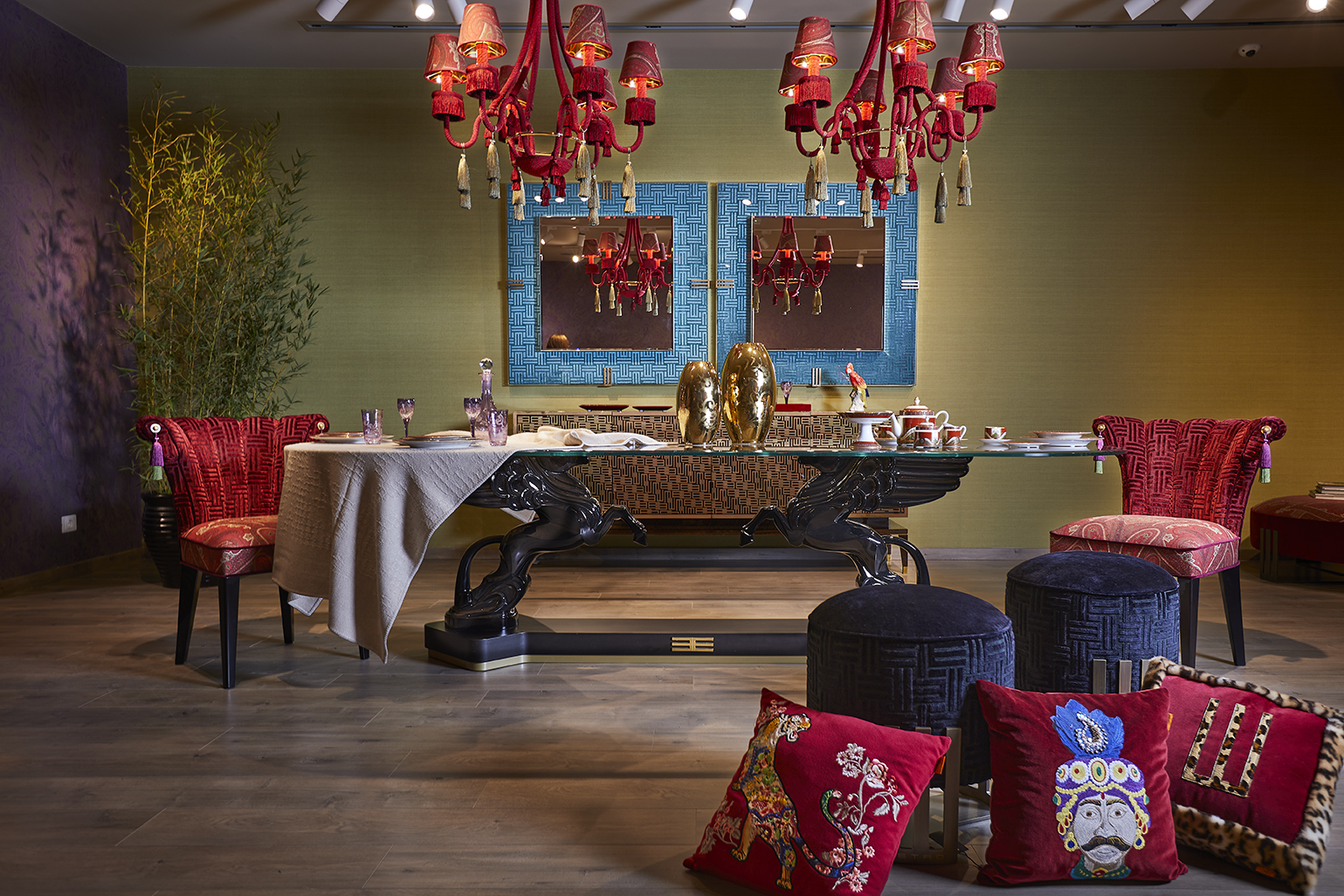 Inside the new Etro Home store in Beirut. Rodrigue Zahr

The Milan-based company was a pioneer in building a home category, starting in 1985 with home textiles, pillows and plaids. These were followed by ceramics, gifts and wallpaper. Everything is produced in-house except for furniture. Three years ago, Etro inked an agreement with the storied Jumbo Group, based in Cantù, a one-hour drive from Milan and one of Italy’s main furniture production hubs, for the production and distribution of furniture. In addition to Etro, Jumbo also produces furniture for Roberto Cavalli and Ferré Home.

Similarly to Ralph Lauren, whose consistent brand presentation Etro praised, the executive is taking steps to convey a lifestyle image, helped by the expansion into furniture.

In January, Etro revealed the brand will start developing fabrics for the outdoors, to be employed in gardens or boats, for example.  Etro is also looking for a partner in the art-de-la-table and ceramics category for “a different distribution, given these different times.”

The executive said the company is not interested in opening Etro hotels following the example of fashion peers Giorgio Armani, Bulgari or Versace, because it wants to have total control of the brand. Nor is Etro eyeing additional categories, such as kitchens or bathrooms.

But suites furnished by Etro will be unveiled in Capri next year at the five-star hotel Punta Tragara. Likewise, the brand is furnishing villas in Mexico, also due to be completed next year.

Despite the moment of uncertainty, sales in Asia, from China to South Korea and Japan, have recovered, Etro said. Strong markets include Germany, Russia, the Middle East and Turkey, in addition to Italy and Spain. The brand is also performing well online in the U.S., especially on the e-commerce sites of major department stores, from Bloomingdale’s to Saks Fifth Avenue.

Flanking the only directly operated Home store in Milan, there are 10 franchised units in areas ranging from Turkey and Azerbaijan to Russia. There were plans to open a second store in Vietnam, in Hanoi, in addition to an existing unit in Ho Chi Minh, but the pandemic is stalling that project. In the works are also plans to open a number of smaller stores in China, each covering around 1,620 square feet.

Etro Home is also available at department stores such as Harrods and El Corte Inglés. 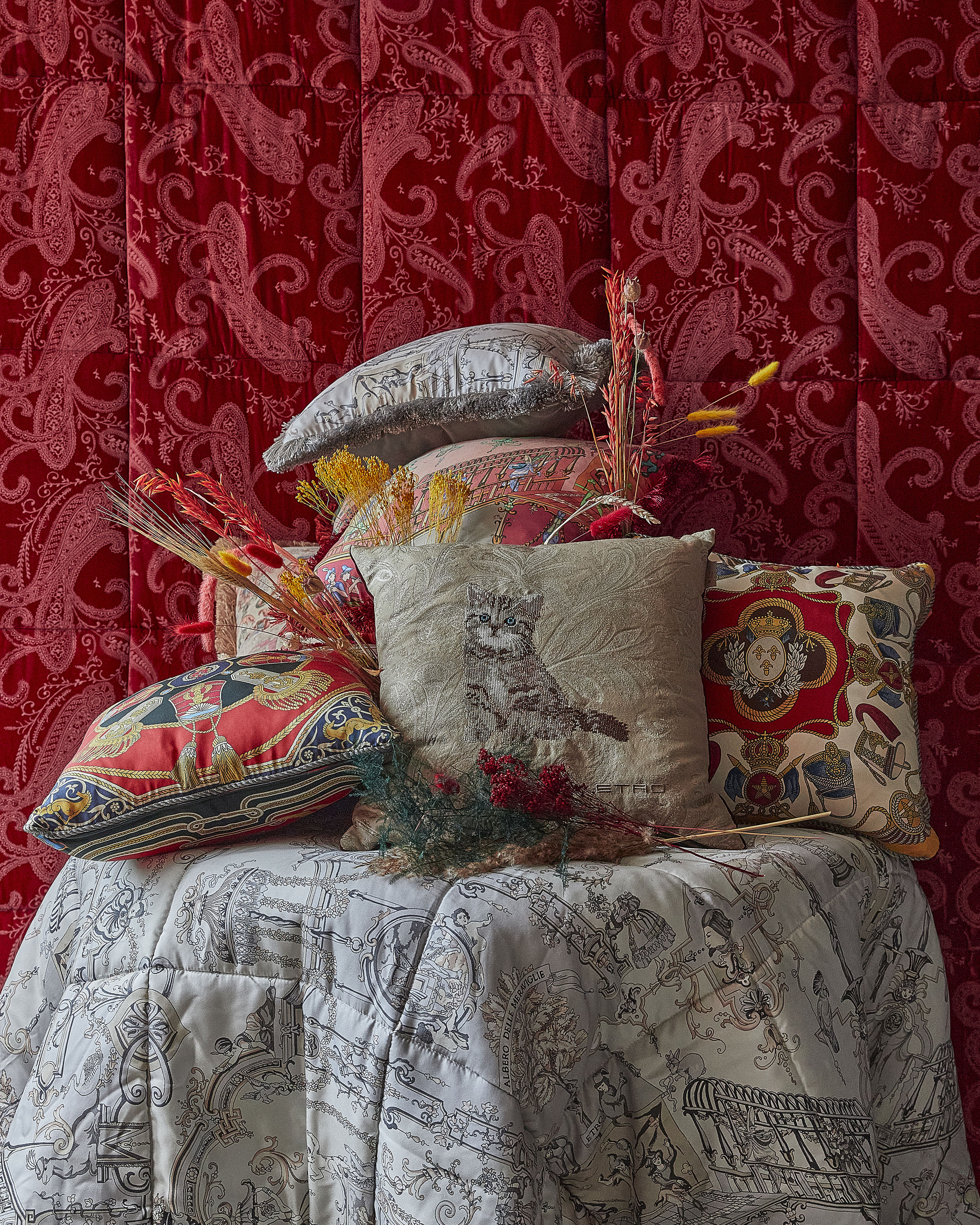