STACEY Solomon put her DIY skills to good use and turned Rex's old wooden baby mobile into a chic rope self with little to no effort.

Any mum knows exactly what it's like to end up with a huge stash of unused baby items once your little one outgrows them, but the clever mum-of-three found a way to reuse the item. 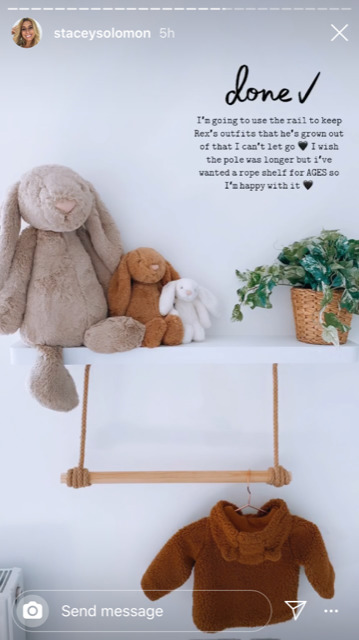 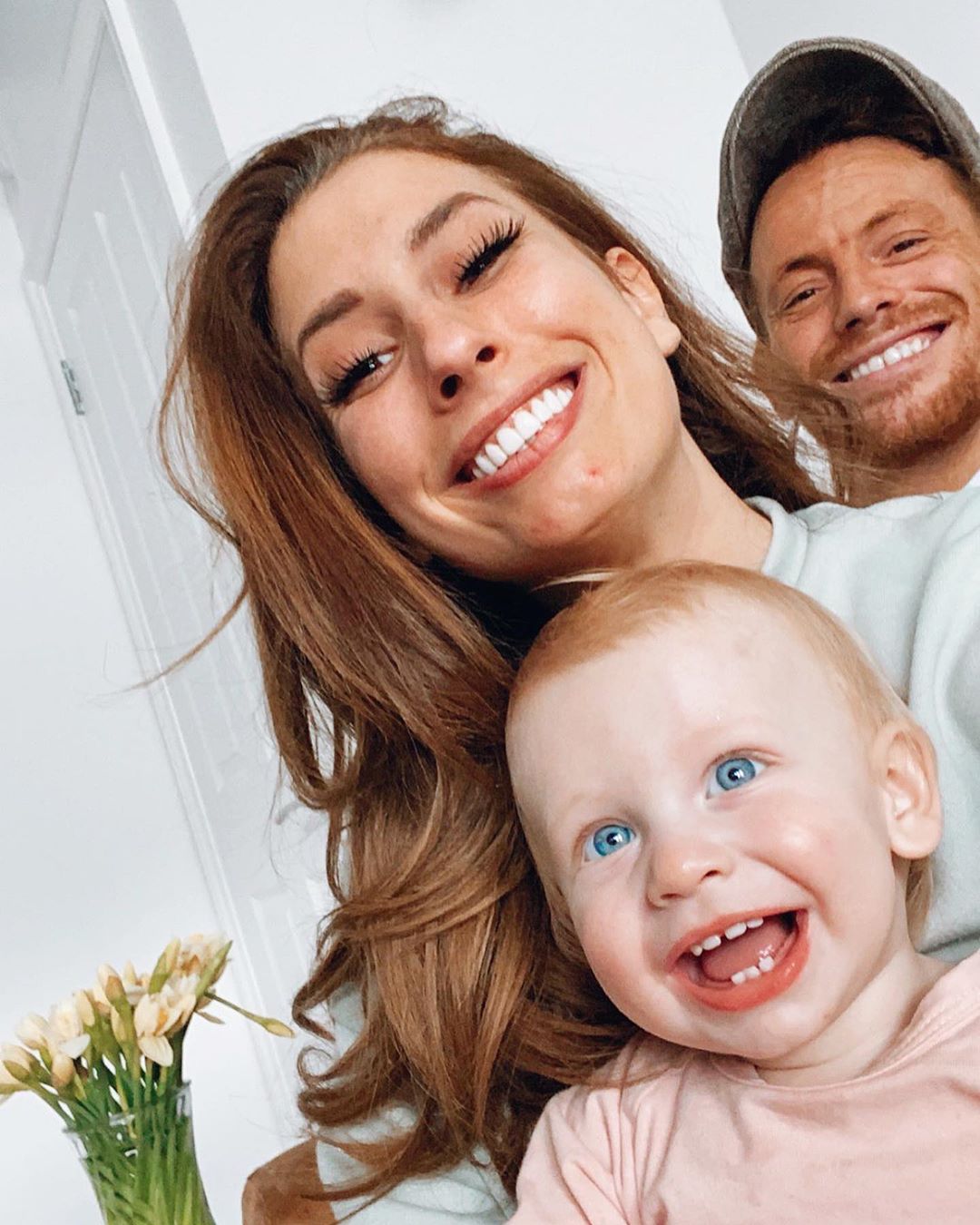 Stacey, 30 – who has one-year-old-Rex with her partner Joe Swash – has been detailing her son's nursery makeover on her Instagram.

The Loose Women star loves to build things out of bits and bobs that she finds around the house or in her favourite shops and luckily for fans, she showed them exactly how she did it.

She explained how Rex has outgrown the mobile but she wanted to find a use for it as she loves it too much. 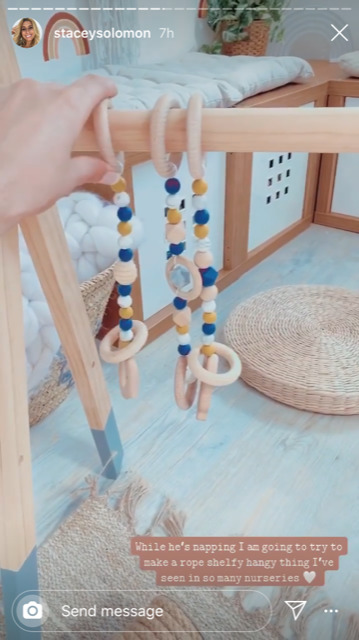 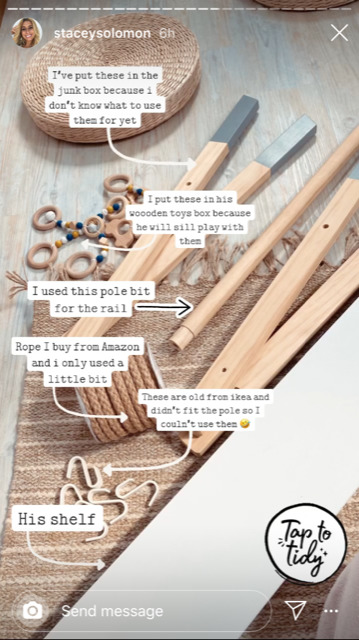 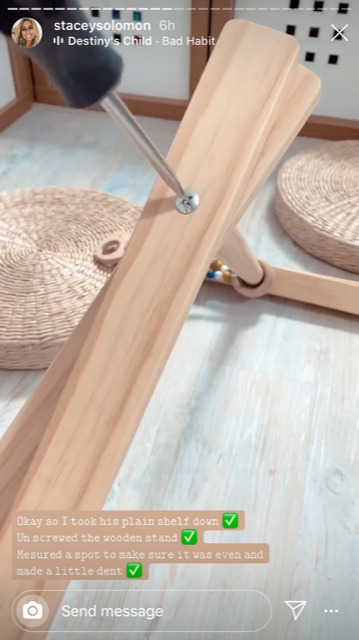 So, armed with a a screwdriver and a hot-glue gun,the creative star used a plain shelf she already had and started to disassemble the wooden baby structure.

She attached a thick twine rope to the white shelf by screwing it in place, and wrapped the other end around a cylindrical piece of timber from the baby mobile.

After gluing it in place, she simply popped the shelf back on the existing wall-mount frame as she showed off the new completed shelf. 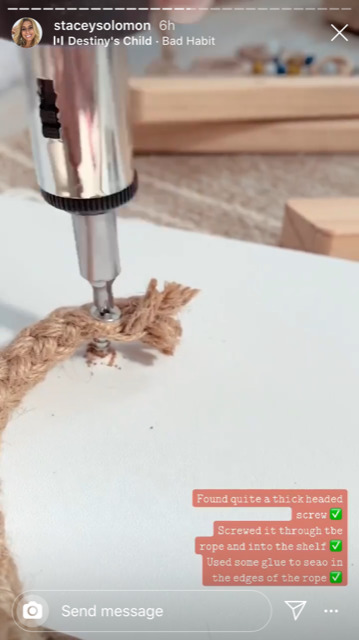 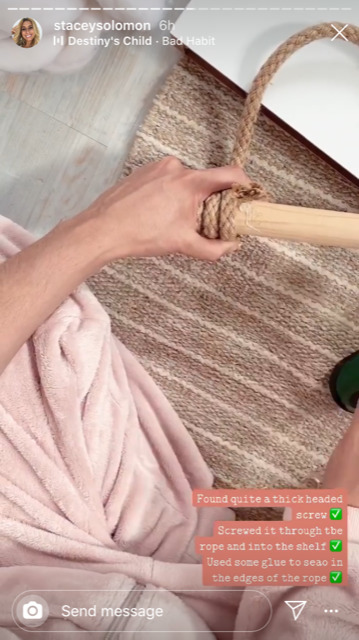 Within just a few minutes, the Loose Women panellist turned a basic shelf into an amazing feature in Rex's room – which she decorated with a set of three fluffy rabbits and a faux plant.

She even revealed that she'll use rail to hang some of Rex's old outfits that she "can't let go of."

Last week Stacey stunned in her £35 In The Style dress – and it’s already sold out in half the sizes.

Plus one of Stacey's best pals, Mrs Hinch, was previously in talks for her own fashion range with In The Style – which could come with a huge six-figure salary.

And we shared some of Stacey's best interior tips – and they all use junk you’ve got lying around your house.