A couple of months ago, Sonsoles Gonzalez, a former Procter & Gamble Company executive, introduced a line of hair-care products she had been working on for several years. The upscale collection, which includes shampoos, hair masks and conditioners, comes packaged in trim boxes of marine blue and goldenrod in a blobby pattern that could call to mind a Marni print.

The company, Better Not Younger, is targeting women with the kind of hair issues, like thinning and dryness, that frequently accompany menopause and perimenopause. It was inspired in part by Ms. Gonzalez’s own hair, which, about a decade ago, was noticeably losing volume. Existing products, she felt, didn’t address her demographic or were simply aimed at hiding a perceived problem, like going gray.

At the same time, Ms. Gonzalez, now 54, saw that friends around the same age were tackling similar concerns. But unlike their mothers or grandmothers, they saw themselves, in middle age, as alluring, not matronly.

“It’s a whole different mind-set,” she said. “They feel sexy. They feel secure.”

By next year, more than 50 million women in the United States will be over the age of 51, the average age that menopause hits, according to an article in The New England Journal of Medicine. Yet in some ways, menopause is the last taboo subject among women, many of whom are hesitant to talk about hot flashes, hormone imbalances and a type of thinning hair that’s different from that of women in their 20s and 30s. But times are changing. 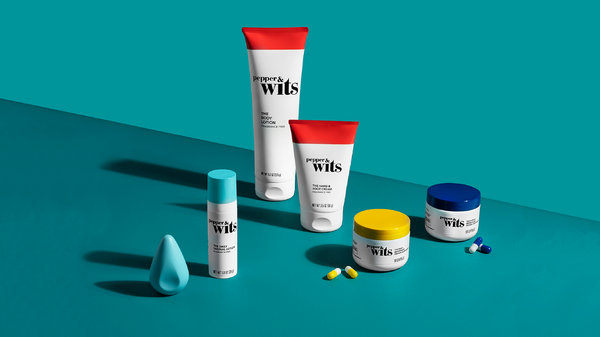 “Women in their 50s, they don’t feel like they’re in their mother’s middle age, and indeed it’s not your mother’s middle age,” said Candace Bushnell, whose new novel, “Is There Still Sex in the City?” will be published in August. It looks at the adventures of middle-aged women with the buoyant frankness that may be expected from the writer who created the character Samantha Jones.

“It might not be that acceptable in society, this idea of women over 50 wanting to have sex and feeling like they should be able to have sex, but women definitely seem interested,” Ms. Bushnell said.

Better Not Younger is far from the only brand targeting menopausal women in a way that’s frank, a bit luxurious and, sometimes, even sexy. Rory, a recently introduced website, offers a personal lubricant to lessen the vaginal dryness many middle-aged women suffer, along with, among other things, prescription and over-the-counter remedies for hot flashes. (There’s an online doctor option on the site through which users can get prescriptions.) The packaging is sleek; items arrive in a muted pink zip pouch that could pass for business-class airline amenity kit.

Ristela, a plant-based product aimed at menopausal women that promises to increase sexual pleasure, was introduced on the women’s wellness website Bonafide a few weeks ago. Bonafide said that sales of Ristela in its first 10 days surpassed expectations for three months, and another menopause-focused product is planned for early next year.

Pause Well-Aging, a collection introduced on June 3, is also aimed at the demographic. The line consists of three skin-care products, including a $39 mist spray to reduce hot flashes.

Procter & Gamble Company has introduced Pepper & Wits, a line of products for menopausal women that includes a vaginal lubricant that comes with an applicator that suggests a Beautyblender makeup sponge. Like Better Not Younger, the packaging looks upscale and elegant.

Prices are upmarket, too: The Pepper & Wits supplement to address middle-age sleep loss costs $30 for a month’s supply. Better Not Younger’s products cost $24 to $46, a price range that’s on par with upscale hair-care brands like Oribe and Ouai.

The stylish, unmedicinal presentation of these products is unlike, say, that bottle of red clover extract purchased furtively at a health food store. “We designed our packaging to make it feel beautiful and luxe and a part of your everyday life, just like your La Mer skin cream is,” said Rachel Blank, a founder of Rory.

Some sites avoid the word “menopause” and its potential stigmas altogether. Better Not Younger calls its customer an “accomplished woman past her 40s.” Rory uses the word “midlife.” In the Groove, another new website, describes itself as “A lifestyle destination for age-defying women.”

“I think we’ve come through to a different time,” said JoAnn V. Pinkerton, the executive director of the North American Menopause Society. “Twenty years ago women didn’t want to admit they were going through menopause,” Dr. Pinkerton said.

The new terminology echoes the midlife experiences of women like Maria Kalomenidou, a friend of Ms. Gonzalez who was one of a wide range of people who gave feedback on Better Not Younger as it was being developed.