AFTER advising some humourous but grim instructions to a bride to be one woman has been ridiculed.

On a card that was passed around a bridal shower, requesting instructions for a new couple to write for newlyweds, one of the bridesmaids decided to give a little too much information. 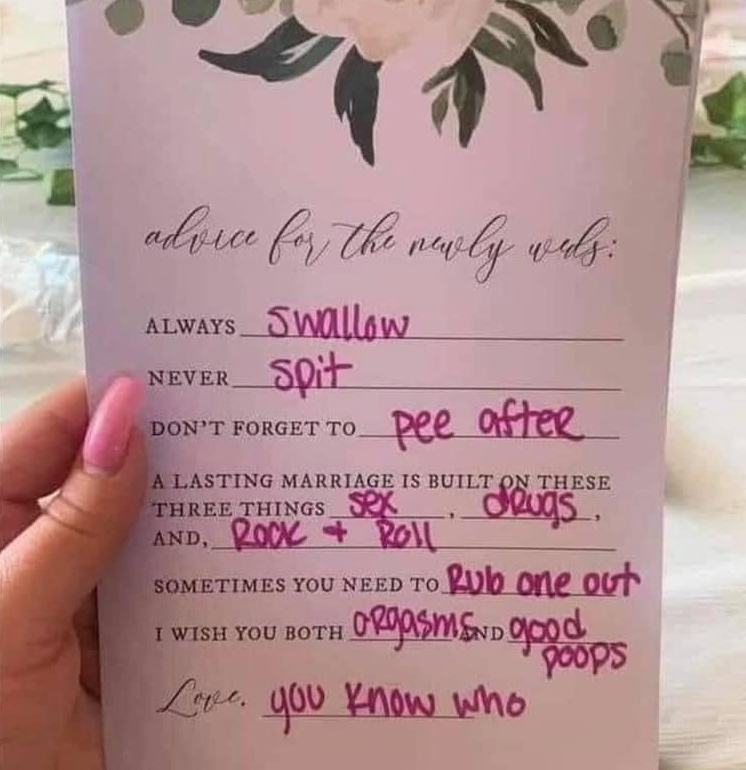 Under the category 'Always' the bridesmaid wrote "swallow", under 'never' she wrote "spit", and for 'Don't forget to' she wrote, "pee after."

Continuing on with the crude theme, the photo shared on Reddit revealed that when asked to answer 'a lasting marriage is built on these three things' she wrote "sex, drugs, and rock and roll."

At the end of the card, she advised "sometimes you need to rub one out."

She added: "I wish you both orgasms and good poops" signing off as "you know who."

"If this is private. Not to be read aloud, but just for the couple, I would probably find it funny. I know it’s inappropriate, but.. Fun" commented one person.

"Why do people think they’re allowed to comment on a couple’s sex life just because they’re getting married? This is so gross ugh" wrote another.

Some people, however, said that they though the card was just a bit of fun, and people should not find it offensive.

"Yeah, these are just silly cards. The bride and groom can throw it out if they don't think it's funny. It's not like the guest ruined their guest book or a photo op. People are allowed to be silly" said one person.

Another commented: "This is in good fun… I wouldn’t be mad. Not everyone can think of serious answers to such questions… I dunno maybe I'm just low class." 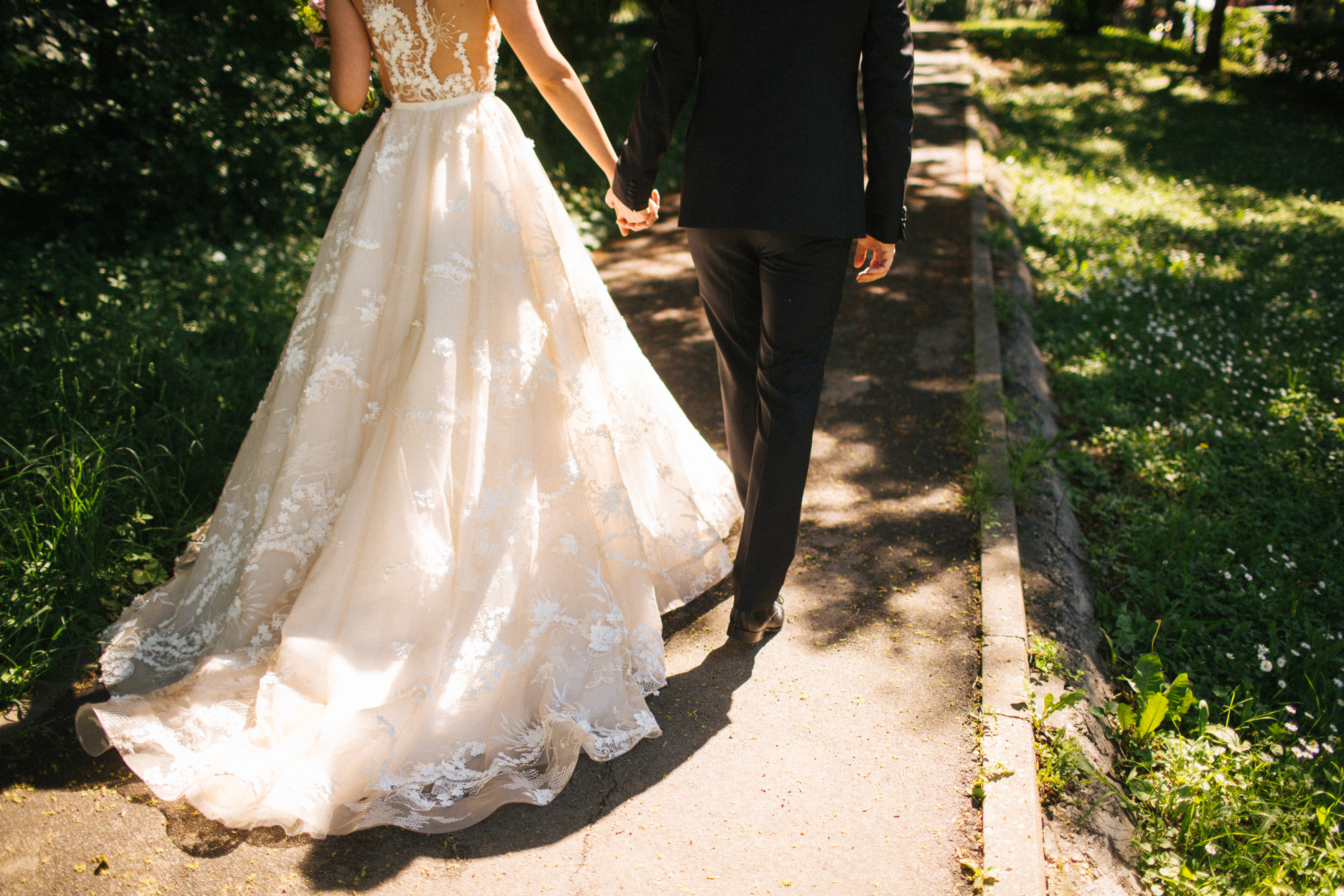