WHEN it comes to the flirting game, some of us might find it as some kind of awkward disaster waiting to happen.

But for women, it could be that they are flirting without realising and the guys are loving the simple things the girls don’t even realise they are doing. 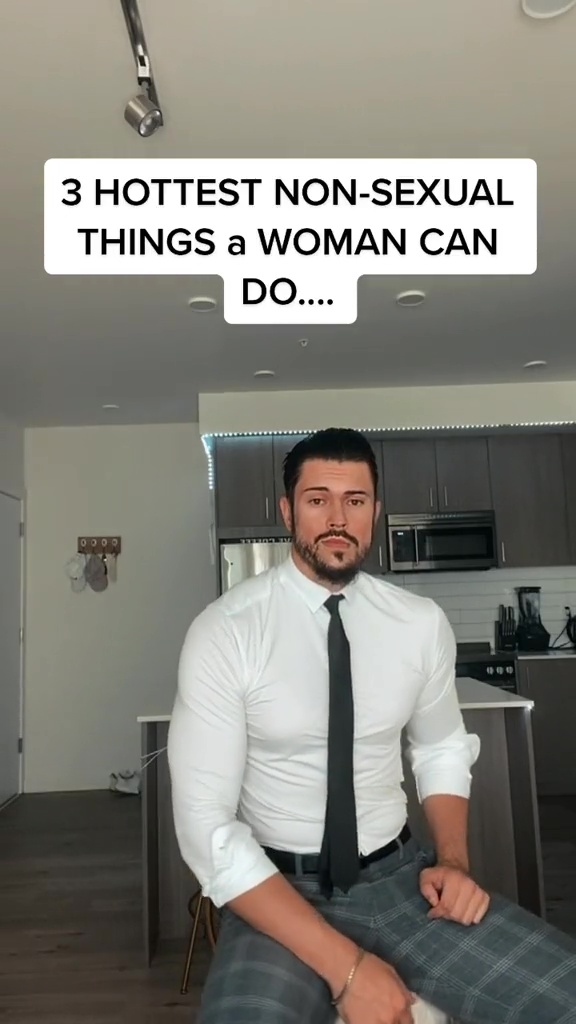 According to one man on TikTok, who goes by the name of Boris Aesthetics, there are three specific things that non-sexual and women can do.

In a video to his 326.4k followers, he says “rolling her eyes, Cuddles and biting her lip” are the hottest things for men.

And his followers can’t believe it, with one writing: “Is that true? Imma roll my eyes every minute.”

And this isn’t the only video he has shared, confessing what is so attractive about women.

In some other footage he recorded himself, he said what “the most attractive career a woman can have” was being a “businesswoman.”

He also mentioned the best feature any woman could have, was her “smile and happiness.”

His followers love this video with one writing: “She will have smile and happiness only with the right guy. So it’s all on you to make her happy.”

And another added: “Eyes, smile or personality.”

In other TikTok news, this woman stuns with her glow-up which is so good people are doubting it’s the same person

Plus the seven issues which could be destroying your relationship… and why being a ‘bubble couple’ spells doom.

And woman claims you’ve been cooking your pasta all wrong – and it’s all to do with your colander.