Alber Elbaz often said fashion is about storytelling — and he could talk up a storm.

From Seventh Avenue fashion-speak to deep thoughts about clothes, he dispensed plenty of wisdom over a storied fashion career.

Here, some of his most memorable quotes from WWD:

ON FASHION’S IMPORTANCE: “My conclusion today is that fashion is very important, today maybe more than ever, because we fashion designers maybe have a role. We have the duty to bring beauty to the world, to make women feel better, to make women feel good, to uplift them. Today, I was at Barneys for a couple of hours — we had a trunk show. There was this woman I was helping, and she told me at the end of this little rendezvous we had, ‘I am going to be broke, but I am happy.’ I think this is the whole idea of what fashion is going to do today, and I am saying that, when everything is crashing, maybe it’s not a bad idea to invest in a good dress.” (2008)

ON COLLABORATION: “I know the worst enemy of many designers is the ceo. I think that, in a way, the most frustrating ceo will tell me that we cannot control the designer. I didn’t think it’s about controlling the designers, and it’s not about enemies, because we are not in a war. It’s peace. I believe it’s all about collaboration. It’s all about dialogue. And this is what this industry is looking for.” (2008) 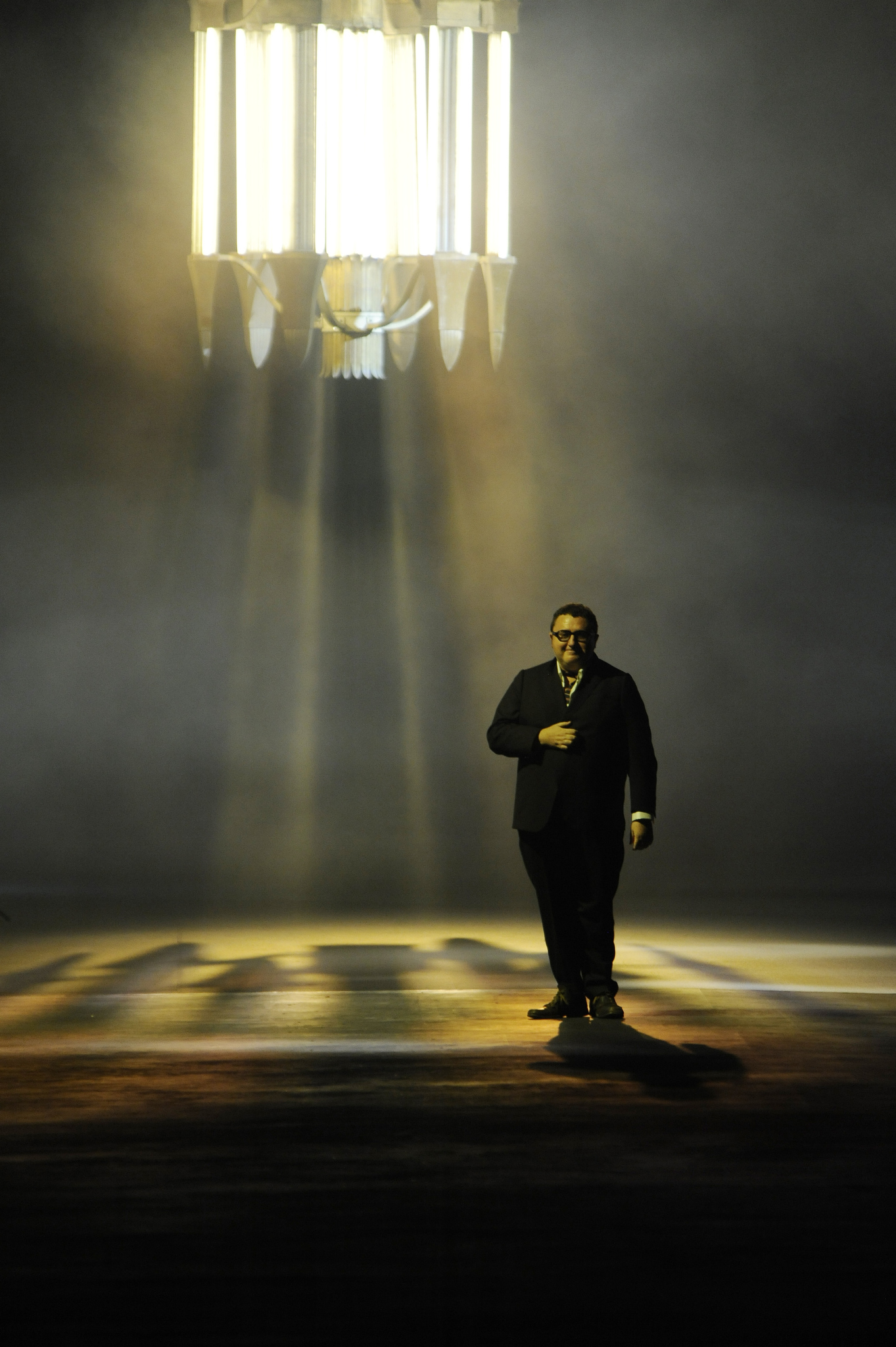 A Look Back at Alber Elbaz in Pictures

ON DESIRE: “I was working here with Geoffrey Beene when I came to America. I didn’t speak English very well. I remember one day I told Mr. Beene in a fitting, ‘Mr. Beene, that dress is so commercial.’ Mr. Beene turned orange, and told me, ‘Alber, don’t ever use the word commercial. Say desirable.’ This is the time that I knew I was introduced to the world of desire.” (2008)

ON THE ESSENCE OF LANVIN: “When I looked at the archives; the one word that came to me back and forth was ‘desire.’ So I worked around that and I said, ‘You know we are going to make collections for women, we are going to actually emphasize the desire, the desire in fashion, the desire in design.’ I was very much into design because I came from the house of Geoffrey Beene, which was all about design, and then we pushed it also to desire, to women, to reality, to be relevant. I think to be relevant is the story of my life.” (2012)

ON DRESSES: “I think that I was very alert to women, and I am seeing more and more that women are changing. Their lifestyle is becoming more and more complex and more and more difficult on a daily basis. So I was trying always to simplify their life. For instance, dresses in the first collection, a lot of people said they were very romantic, I didn’t see the romantic side of the dresses; I saw the easiness, the simplicity. I saw waking up in the morning and having your kids, and your husband and your mother on the phone, and your work calling you, that was before the SMS, like 10 years ago, now they do that as well. Women need something a little bit more easy in their wardrobe, instead of thinking every morning what goes with what, they just zip it in and at night zip it out.” (2012)

ON SELF-DOUBT: “I wish I could tell you, Oh, it’s becoming better. I always remember one night before one of the couture shows I saw Mr. Saint Laurent and I asked him how he was feeling and he said, ‘Very bad!’ And I said, ‘Why? But after all these years?’ And he replied, ‘Because of all these years.’ And I thought, how smart and how intelligent and how sensitive that answer was, and I’m using it. (2014)

ON INSTINCT: “I work mostly by intuition. Every time I think too much and try to rationalize every issue, it doesn’t work. I think that intuition is the essence of this métier. I know that we’re getting into marketing and all that, but you know what? The fact that a woman bought a white shirt last season does not mean that this is what you’re going to sell her next season. …That’s what designers are all about —otherwise who needs us?” (2014)

ON FASHION PEOPLE: “I think we are a beautiful industry. We are one of the nicest industries in the world, you know? I go sometimes to parties of different industries — and I will not mention so as not to hurt anyone around. But I can tell you that fashion — even though we always sound fake and affected and ignorant and all of the above, maybe — I have to tell you that in fashion I met a lot of great friends, good people, loyal, smart, talented, hard-working.” (2014)

ON LOUDNESS: ““We designers started as couturiers with dreams, with intuitions and with feelings. We started with, ‘What do women want? What do women need? What can I do for women to make their lives better and easier? How can I make a woman more beautiful?’ That is what we used to do,. Then we became creative directors, so we have to create, but mostly direct. And now we have to become image-makers, making sure it looks good in the pictures. The screen has to scream baby — that’s the rule. And loudness is the new thing. Loudness is the new cool, and not only in fashion. I prefer whispering. I think it goes deeper and lasts longer.” (2015)

Alber Elbaz Will Return to Fashion Via Film, Not Runway