Actor Misha Collins is best known for his role as Castiel on the CW show “Supernatural,” which finally ended its 15-season run in 2020, but it seems that Collins is a man who contains multitudes.

Collins, who developed a large fan following after joining the “Supernatural” cast during the horror series’ fourth season, has garnered a reputation as an Internet darling for founding GISHWHES — an acronym for “The Greatest International Scavenger Hunt The World Has Ever Seen” — through his humanitarian non-profit Random Acts in 2011. (Per Wired, the scavenger hunt in the past has included directives anywhere from taking photos of “a woman wearing a dress (and only the dress) made entirely from bacon” to recording “an actual Nobel Prize winner telling the joke: ‘Why did the chicken cross the road?'”) In addition to his more zany brand of philanthropy, Collins is also a published poet, with a collection of poetry scheduled for release in October.

While Collins’ projects, both on-screen and off-screen, have tended to steer away from politics, one stunt he pulled in 2017 was anything but: a GoFundMe set up in an attempt to purchase the browsing history of then-President Donald Trump. So, what incentivized Collins to set up the crowdsourcing fundraiser? Keep reading to find out more. 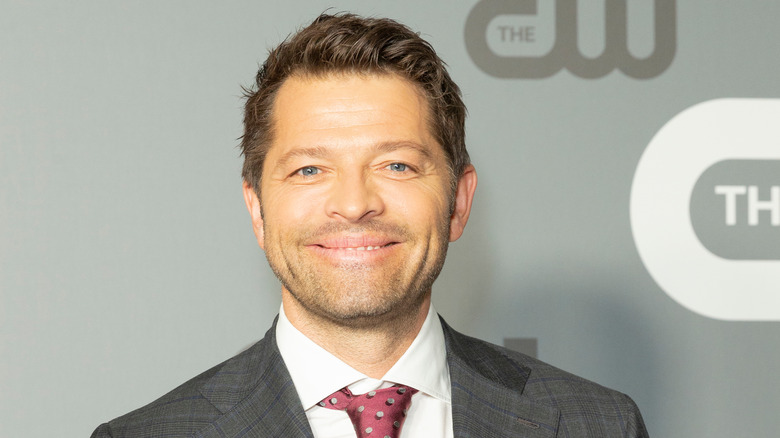 As The Wrap reported at the time, the impetus for Misha Collins’ GoFundMe campaign to raise money to buy Donald Trump’s Internet browser history came on the heels of a 2017 ruling during his administration. It allowed service providers to gather data from users and sell said data without consent. In reaction to the ruling, which was heavily endorsed by Republicans and signed into law by Trump, the bill was met with vehement opposition by Internet privacy rights activists and Democrats, per Insider.

As The Washington Post noted, the major concerns about the bill were about the dismantling of net neutrality and how companies like Verizon and AT&T “could, in theory, sell to the highest bidder a list of the websites you’ve visited and the frequency with which you visited them.”

It seems Collins was among those who were troubled by the bill, which was named SJR34. And he decided to use his platform to do something about it. 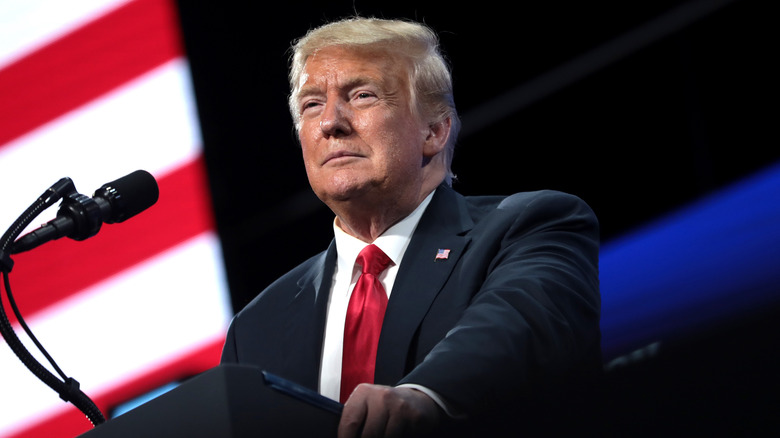 Per The Wrap, Misha Collins kicked off his GoFundMe campaign to buy Donald Trump’s browsing history shortly after SJR34 was passed, undoing moves made by former President Barack Obama in 2015 to maintain net neutrality and like-minded regulation for Internet service providers (or ISPs). Collins, whose GoFundMe ostensibly aimed to not only purchase Trump’s history, but the browser histories of lawmakers who voted for the bill to be passed, was clear of exactly what his intentions were.

As Collins wrote on his GoFundMe page, his reasoning for the crowdfunding stunt was simple: “Since Congress [and Trump] has made our privacy a commodity, let’s band together to buy THEIR privacy” and make it publicly available. But he was also upfront about one caveat: The effort was by and large symbolic, due to the fact that, as The Wrap pointed out, “carriers are not allowed to sell individual web histories.”

Even so, the money Collins raised, which ultimately totaled to a little over $85,000, was still designated to go to a worthy cause. “Proceeds from this campaign will be used to buy Congress’ data once it becomes available,” stated Collins on his GoFundMe. “If that is impossible for any reason or if there is a surplus from this campaign, 100% of the balance of proceeds will go to the ACLU to help them continue to fight for our privacy rights.”