The Duke and Duchess of Cambridge are yet to make an appearance this year at Royal Ascot, and with two days already having gone it’s likely they might not put one in at all.

Unlike other members of the family who are enamoured with horse racing, especially the Queen, the event is not a favourite of the royal pair. This is in part due to the fact that the Duchess is actually allergic to horses. Kate made the admission back in 2009 when Australian author Kathy Lette asked why she wasn’t playing polo, prompting her to make the confession.

WATCH: The Duchess of Cambridge looks so glamorous during Trooping the Colour

The royals have missed the first two days as they were out on other engagements. On Tuesday, the pair poignantly attended a memorial service to mark the fifth anniversary of the Grenfell Tower fire, in which 72 people lost their lives.

Ahead of the service, the royals met privately with survivors of the fire and those who lost loved ones.

After the private meeting, William and Kate joined the congregation at the foot of Grenfell Tower for the service that included prayers, readings and choir performances.

At the end of the memorial, they were invited to lay wreaths and flowers to pay tribute to those who lost their lives. 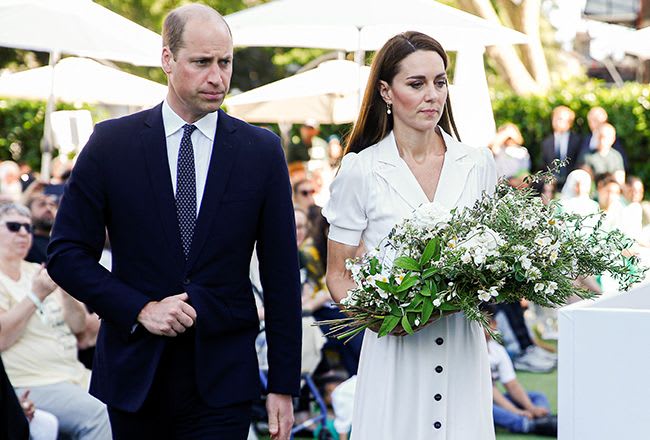 William and Kate attended a memorial service on Tuesday

On Wednesday, William was out meeting members of the England’s women’s football team ahead of England hosting the 2022 Women’s Euros tournament.

Plenty of royals have still descended on Berkshire for the event with Prince Charles and Camilla leading the carriage procession on Wednesday before the races kicked off, riding in the first carriage with the master of the Queen’s household, Vice Admiral Sir Tony Johnstone-Burt.

Prince Edward and Sophie took their seats in the second carriage, while Beatrice and her husband Edoardo Mapelli Mozzi shared the third carriage with Princess Alexandra and the Countess Mountbatten of Burma.

Make sure you never miss a ROYAL story! Sign up to our newsletter to get all of our celebrity and royal news delivered directly to your inbox.