Matt’s Season of The Bachelor is officially coming to a close, which means the eliminations are about as heartbreaking as they get. While it’s hard to believe anything could be messier than the Feb. 15 episode (where seven women said their goodbyes, including surprise guest Heather Martin), the Feb. 22 episode definitely crushed a couple of hearts. If you’re wondering who goes home on Matt’s Bachelor Week 8, here’s who peaced out after hometowns.

Serena Pitt, Rachael Kirkconnell, Bri Springs, and Michelle Young all made it to hometown week, which arguably looked a little bit different than previous seasons. Travel was out of the question due to the coronavirus pandemic, so the final four contestants’ families had to venture to the Nemacolin Resort in Farmington, Pennsylvania, where the entirety of filming was taking place. Despite not actually being able to go to their hometowns, the producers found a way to help each contestant celebrate where they’re from.

First to introduce Matt to her family was Michelle, and instead of going to Minnesota, the couple spent the day biking around the property before she virtually introduced him to her students (remember, she’s an elementary school teacher). 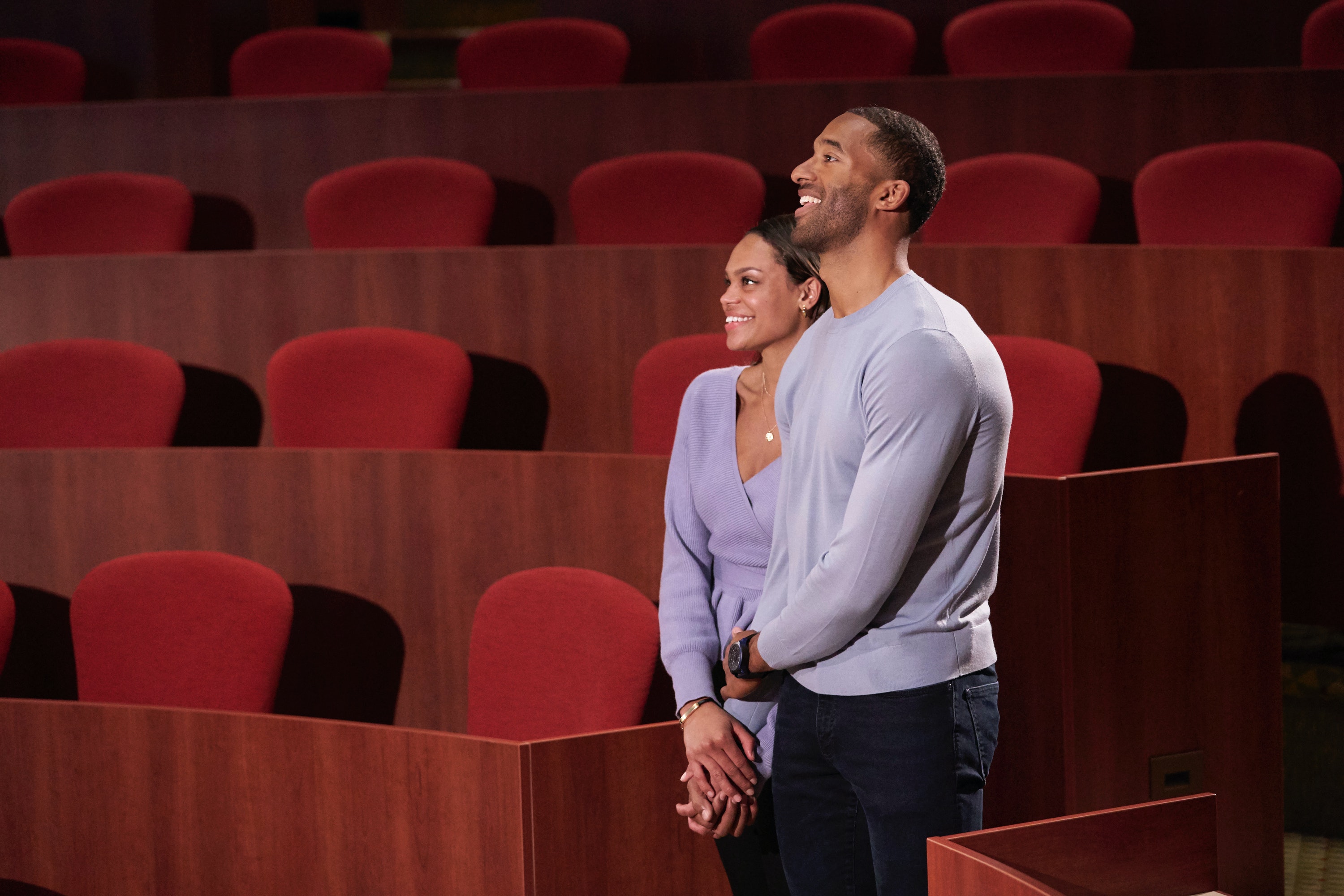 Heading into the family introductions later that evening, Michelle was confident but admitted it would be hard to move forward with their relationship if her family didn’t approve. Luckily for Michelle, her parents both gave Matt the seal of approval and the date ended with Michelle telling Matt she was falling in love with him. Up next was Rachael from Georgia, who took Matt skydiving before introducing him to her parents and her sister. After seeing him with her family, Rachael said she would be "completely crushed" if she didn’t end up with Matt.

After meeting Rachael’s family, Bri had her hometown date, which involved off-roading in a lime green jeep (which was reminiscent of their first date where they rode ATVs through the woods) and picnicking while discussing coming from a single parent home. When it came time to finally meet Bri’s mom, Lauren, it was clear Matt was in for an interrogation. And despite coming on strong, Lauren told Bri she ultimately needed to be honest with herself, and the date ended with Bri telling Matt she was falling in love with him.

Last but not least was Serena P.’s hometown date. As a Canadian, she wanted to prep Matt on her culture which including everything from quizzing him on slag to having him sample some dishes to playing hockey. As they headed into the evening portion of the date, Matt said he could see himself spending the rest of his life with Serena. After Serena chatted with her sister, however, it seemed she was experiencing doubts. "On one end I was confident but now I’m not 1000% sure … Suddenly I have a lot of doubts."

Heading into the rose ceremony, Matt told Chris Harrison he didn’t know where she was at or whether his feelings for her were recropricated. Chris encouraged Matt to talk with Serena before handing out the roses, so he asked her to chat before the ceremony. While chatting, Serena admitted she didn’t think he was her person and emotionally self-eliminated.