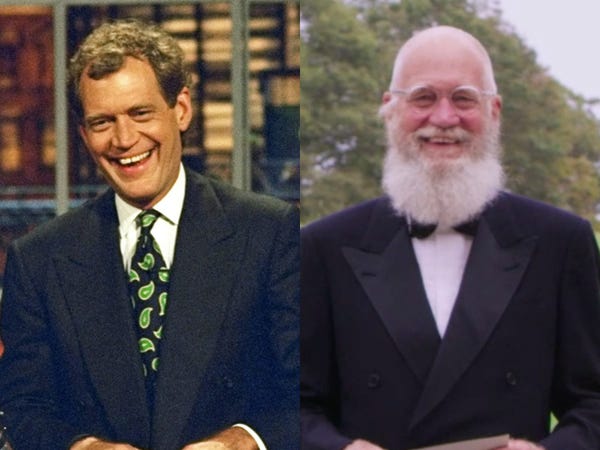 In 2020, late-night TV is hosted by the likes of Stephen Colbert, Jimmy Fallon, Jimmy Kimmel, James Corden, Samantha Bee, Seth Meyers, and Conan O'Brien. O'Brien is the only one of the current roster that's been around since the 1990s, the last member of the old guard.

Back then, it was more like Jay Leno, David Letterman, and Arsenio Hall — plus more short-lived hosts, like Pat Sajak, Chevy Chase, and Craig Kilborn.

Keep scrolling to see what all your favorite '90s late-night hosts are up to today, from Netflix series to directing their own films. 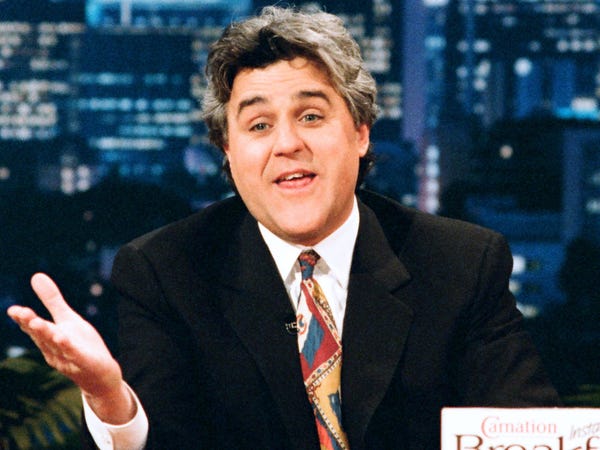 Leno took over hosting duties from Johnny Carson in May 1992, and remained the host of "The Tonight Show" for 17 years.

In the '80s, Leno had been a regular guest host for Carson when he was unavailable, and thus got the spot once Carson retired. He also frequently appeared on "Late Night with David Letterman" before taking over "The Tonight Show," and the two were engaged in a healthy rivalry. 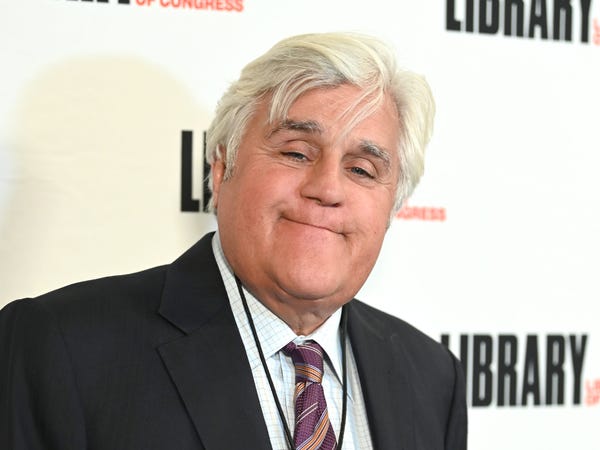 He retired for good in 2014, and Jimmy Fallon took over the show, after hosting "Late Night" for years.

Since 2014, Leno has been hosting "Jay Leno's Garage" on CNBC, a show about cars and motorcycles. 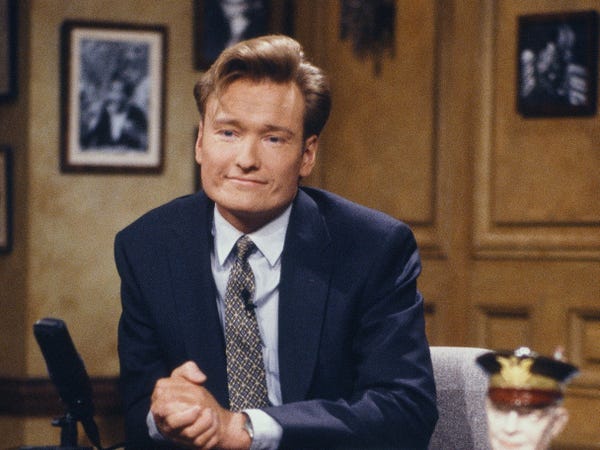 Before hosting, O'Brien had been a writer on both "The Simpsons" and "Saturday Night Live" before taking over hosting duties of "Late Night" from David Letterman in 1993. Though ratings were initially poor, over time O'Brien became one of the most beloved late night hosts on TV.

He was named Leno's "Tonight Show" successor in 2004, and took over in 2009 for a brief time, before Leno swooped back in 2010 and began hosting the show once more. Jimmy Fallon took over "Late Night" when O'Brien stepped away in 2009, where he remained until 2014.

After his brief "Tonight Show" stint, O'Brien began hosting "Conan" on TBS in 2010, where he remains to this day. He also has a successful podcast, "Conan O'Brien Needs a Friend." 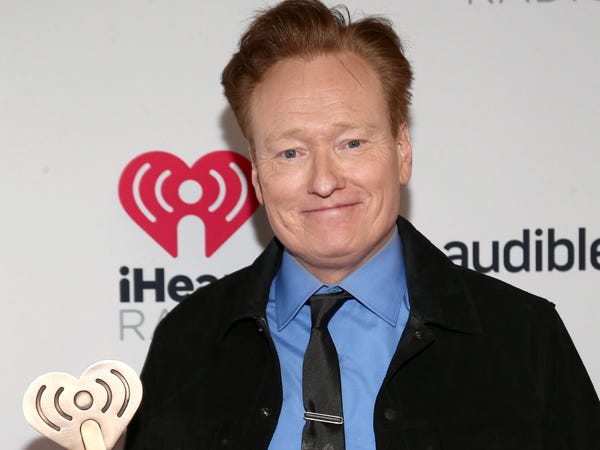 After his exit from NBC and "The Tonight Show," O'Brien moved to cable and began hosting "Conan" on TBS, where it'll stay through 2022.

The 57-year-old became the longest-working late night talk show host when David Letterman retired in 2015. At present, he's been on-air in some capacity for 27 years.

O'Brien started a podcast in 2018 entitled "Conan O'Brien Needs a Friend," which follows him as he interviews different celebrities who he wants to be his friend. In 2020, his podcast won the iHeartRadio Podcast Award for Best Comedy Podcast. 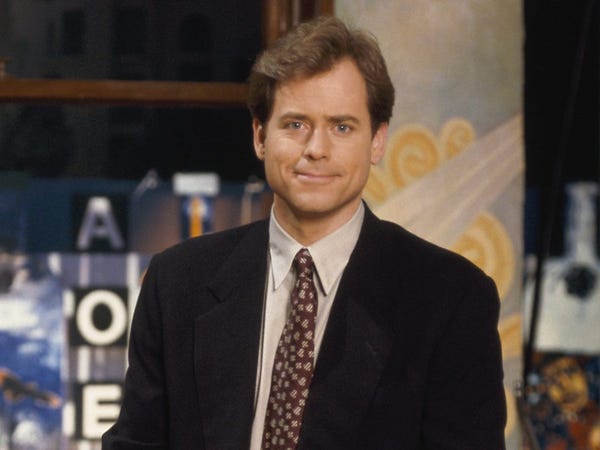 Kinnear first hosted E!'s "Talk Soup" from 1991 to 1995, which played humorous clips from daytime talk shows and made fun of them. The show was reimagined as "The Soup," which Joel McHale hosted from 2004 to 2015.

Kinnear then left to host his own show, NBC's "Later with Greg Kinnear," which aired after "Late Night." He took over the gig from sportscaster Bob Costas.

Kinnear left the show once his acting career began taking off. He was succeeded by former MTV VJ Cynthia Garrett in 2000, making her the first Black host of a late-night talk show — and to date, the only one. The show was later turned into "Last Call with Carson Daly," which aired from 2002 to 2019. It was then taken over by Lilly Singh, called "A Little Late with Lilly Singh."

Kinnear is now an Oscar-nominated actor. 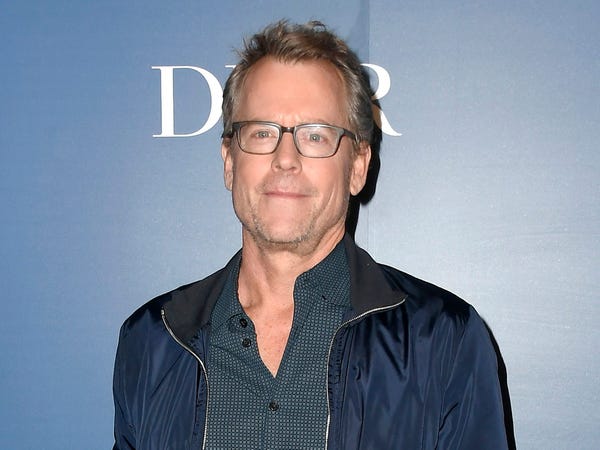 Kinnear became an in-demand actor in the '90s, and was nominated for an Oscar for his role in 1997's "As Good As It Gets."

The 57-year-old is now best known for his roles in "The Last Song" and "Stuck in Love," as well as his memorable arc in "Friends." He also appeared as himself in "Unbreakable Kimmy Schmidt," and in "House of Cards" and "The Twilight Zone."

Chevy Chase hosted "The Chevy Chase Show" for five weeks on Fox in 1993. 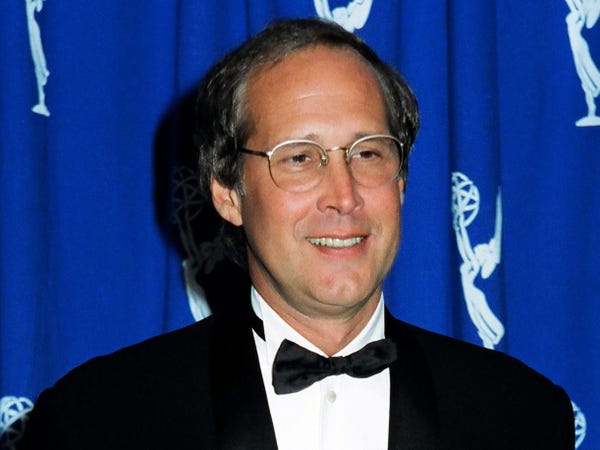 Chase was famously was the first "Weekend Update" host on "Saturday Night Live" in the '70s — so it would've made sense that he'd thrive in a late-night talk show environment. However, Chase, whom Johnny Carson notably disliked, only lasted just over a month on his own Fox show. The network hasn't attempted to broadcast a late-night show since.

Chase is best known to audiences now as Pierce Hawthorne in "Community." 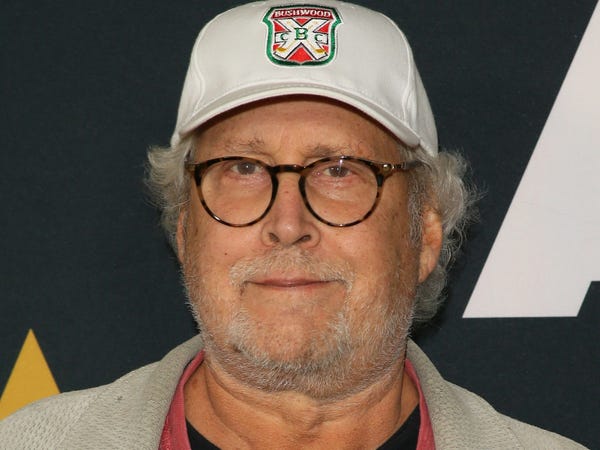 Chase, 76, had a lucrative film career through the '90s, with roles in "Three Amigos," the "Family Vacation" series, "Fletch," "Caddyshack," and more. From 2009 to 2014, Chase starred on "Community" as Pierce Hawthorne, the heir to a moist toilette fortune who had been attending community college for decades.

Chase is reportedly a difficult person to work with, and he was eventually written off "Community" due to a feud between him and creator Dan Harmon. 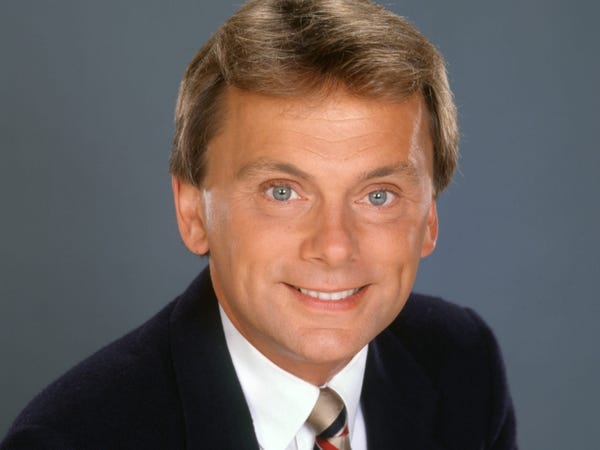 Sajak, who was already well-known for his years of hosting "Wheel of Fortune," was tapped to host his own late-night show in 1989, and thus had to leave the NBC daytime version of the game show, though he continued to host the syndicated late night version, which he still hosts today.

His show received poor ratings, and the network even informally auditioned others on-air to replace Sajak, most notably Rush Limbaugh. It was canceled for good in April 1990. 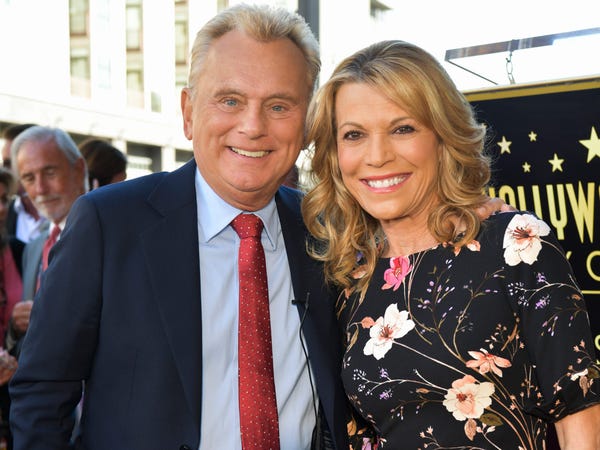 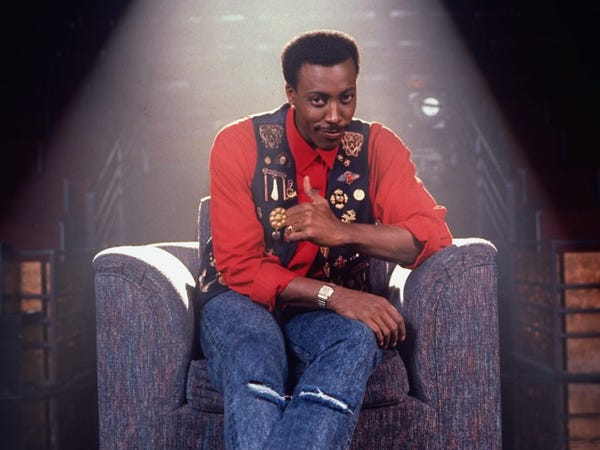 Hall's show was syndicated and mainly aired on CBS affiliates around the country.

Hall got his start hosting the short-lived "The Late Show" on Fox in 1988 before getting the go-ahead to host his own show in 1989. "The Arsenio Hall Show" quickly became popular among younger audiences, as Hall secured guests like Eddie Murphy, Andrew Dice Clay, and MC Hammer.

The show was also famously the site of Bill Clinton playing the saxophone. Clinton, a fan, appeared as a guest in June 1992, and played saxophone alongside the band. Five months later, Clinton won the presidential election — and some claimed his appearance on the show was a turning point in his campaign. 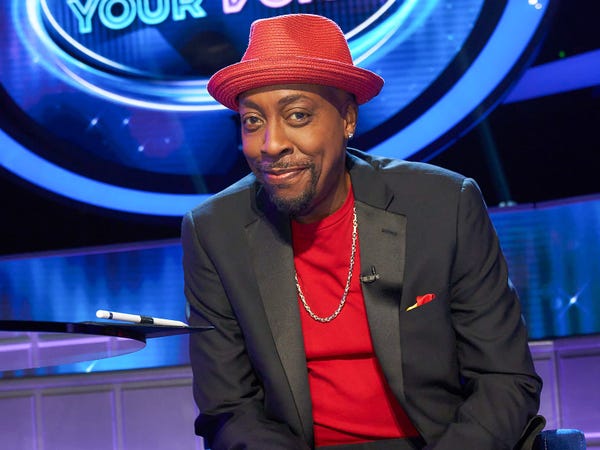 Hall, 64, re-emerged in 2012 to win "Celebrity Apprentice." After that, he hosted a revived version of his show, also syndicated, from 2013 to 2014 before it was canceled after a season.

Most recently, Hall was seen on the premiere of "I Can See Your Voice." He's also set to reprise his role as Semmi in "Coming 2 America." 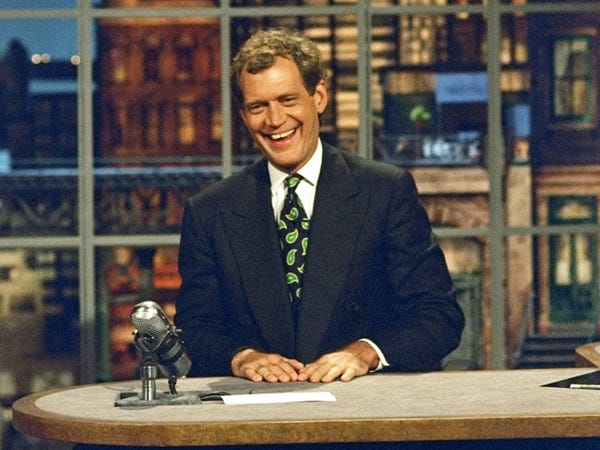 Letterman became a regular on Johnny Carson's show, and was given his own morning show on NBC called "The David Letterman Show." Though it was shortly canceled, it received Emmy Awards, and earned him enough goodwill to host "Late Night" for 10 years.

When Carson retired, many expected Letterman to take over — and when Leno was tapped instead, Letterman moved his show to CBS and began hosting "The Late Show with David Letterman," where he remained until 2015. He had been on the air for 33 years in total. His show was taken over by "Daily Show" alum Stephen Colbert.

Besides working on his lumberjack look, Letterman hosts the Netflix series "My Next Guest Needs No Introduction with David Letterman." 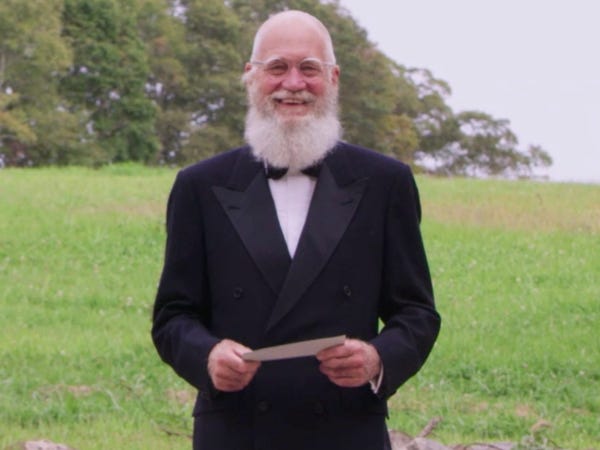 Letterman, 73, is among one of the most Emmy-nominated people of all time, with 50 nominations under his belt. Comedians and other late-night hosts also frequently cite him as one of the most influential comedians, hosts, and writers of all time.

Three years after his retirement in 2015, Letterman returned with a Netflix series, "My Next Guest Needs No Introduction." The show is just Letterman interviewing his guest for around 60 minutes. In its two seasons thus far, he's interviewed everyone from Barack Obama to George Clooney to Melinda Gates to Tina Fey. A third season is set to drop in October 2020. 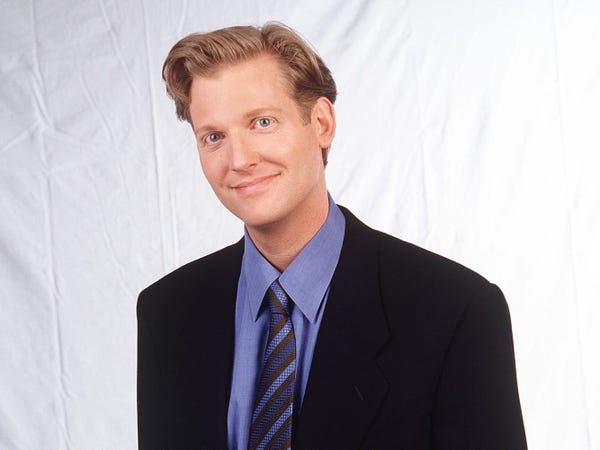 No, Jon Stewart wasn't the first host of "The Daily Show." Before it became the pop culture staple it is today, Kilborn, an ESPN host and commentator, was the face of "The Daily Show" for two years, from 1996 to 1998.

As Kilborn tells it, his main objective was to host a traditional late-night talk show, which he did, from 1999 until 2004, when he hosted "The Late Late Show" on CBS. He replaced the show's first host, Tom Snyder.

When he left in 2004, he was replaced by Scottish comedian Craig Ferguson. The show is currently hosted by James Corden, who took over in 2015.

Kilbron briefly returned to TV in 2010 to host "The Kilborn File" on Fox. 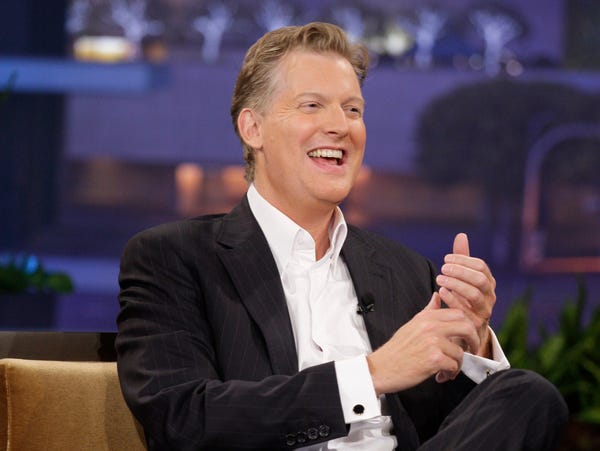 Kilborn, 58, hasn't done much since he left "The Late Late Show." Aside from brief appearances in "Chuck," "BoJack Horseman," and "Workaholics," the most notable thing he's done is briefly return to network TV in 2010 to host "The Kilborn File," a prime-time half-hour show filled with previous segments from "The Daily Show" and "Late Late." It lasted for six weeks. 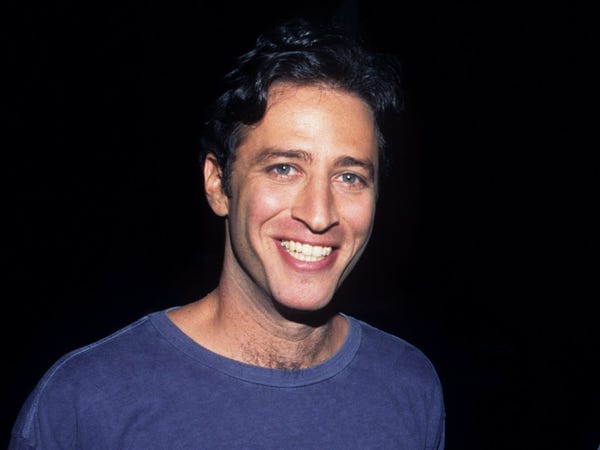 Stewart's comedic career took off after he appeared on a 1992 episode of "The Late Show with David Letterman." The response to that earned him his own late-night show on MTV, "The Jon Stewart Show." It originally began as a 30-minute show on MTV, but then was switched to a 60-minute syndicated show, which ultimately led to its cancellation in 1995.

Four years later, Stewart replaced Craig Kilborn as the host of "The Daily Show," turning it into a phenomenon, as it became more focused on current events, politics, and satire. He remained there until 2015.

Stewart hosted "The Daily Show" until 2015. In 2020, he wrote and directed the political comedy "Irresistible." 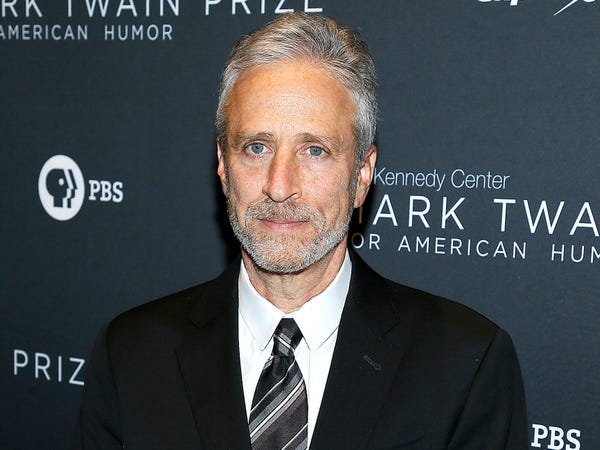 Stewart turned "The Daily Show" into unmissable content on Comedy Central. Stewart and his show have brought us countless comedians, including Steve Carell, Larry Wilmore, John Oliver, Stephen Colbert, Samantha Bee, Jessica Willams, Hasan Minhaj, and more. When he finally left in 2015, he was replaced by Trevor Noah.

After he left "The Daily Show," the 57-year-old took an extended break from Hollywood, instead focusing on political activism. He has famously advocated for the 9/11 first responders in front of Congress, and continues to do so.

He also wrote and directed "Irresistible" in 2020, his first notable post-show project which starred Steve Carell and Rose Byrne.

Bill Maher hosted "Politically Incorrect" from 1993 to 2002 on Comedy Central and ABC. 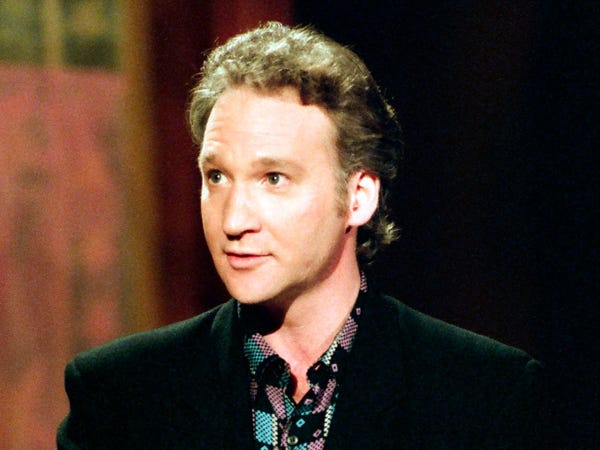 Maher began hosting "Politically Incorrect" on Comedy Central in 1993, where it remained until 1997 before it moved to ABC for the rest of its run.

Maher notably had guests on his show that were controversial or polarizing, remaining true to its name. The show also employed a different approach than its competitors and had all the guests on at once, something that's employed by James Corden today.

"Politically Incorrect" was canceled in 2002, seemingly after Maher made insensitive remarks about 9/11, most notably disagreeing that the perpetrators were not "cowards," as President Bush said, but called the US cowards instead. Maher later apologized for the comments.

Maher has been hosting "Real Time with Bill Maher" on HBO since 2003. 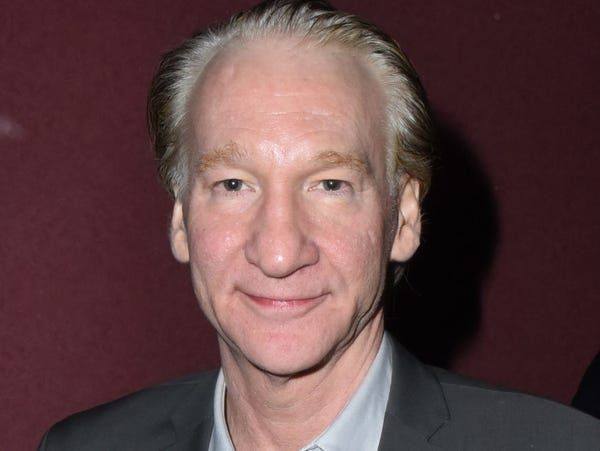 Soon after "Politically Incorrect" was canceled, Maher moved over to HBO to begin hosting "Real Time with Bill Maher," which has been renewed through 2022. "Real Time" is more focused on a panel of journalists, experts, and politicians, as opposed to the entertainment figures that would pop up on his previous show.

Maher, 64, is also a frequent political commentator and appears on channels across the political spectrum, including Fox, MSNBC, and CNN. He's also released nine HBO specials, most recently 2018's "Live from Oklahoma." 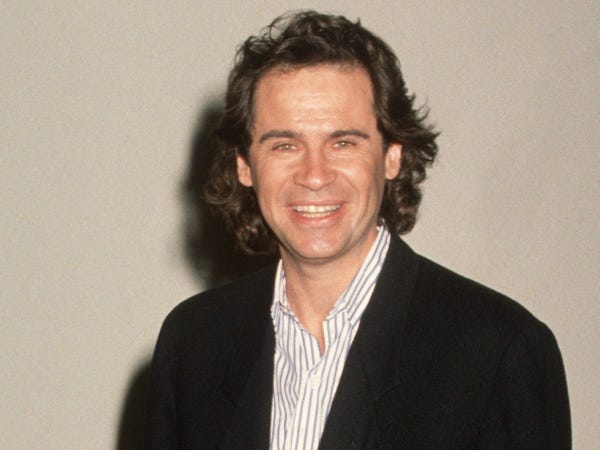 Miller hosted "Weekend Update" on "SNL," and like Chevy Chase before him (and like Jimmy Fallon and Seth Meyers after him), he was able to pivot that success to a late-night show. However, "The Dennis Miller Show," which aired in syndication, was only on air for seven months.

Soon after, he began hosting "Dennis Miller Live" on HBO, which received five Emmy Awards and 15 nominations total. It ran until 2004.

Miller has also appeared on ESPN and CNBC. He's now a radio host, and also hosts "Dennis Miller + One" on RT America. 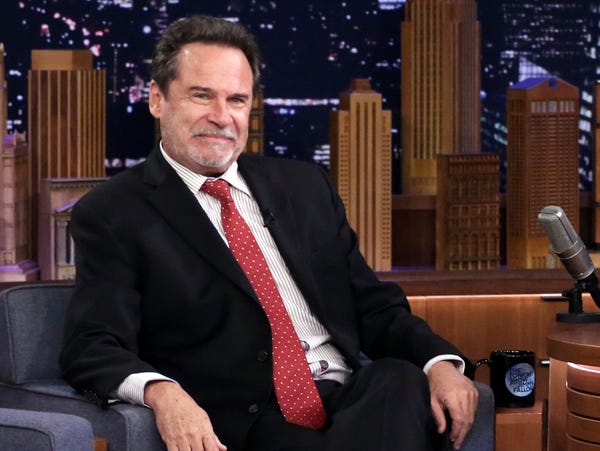 Miller left HBO in 2002 to pursue other ventures. He hosted "Dennis Miller" as part of CNBC's nightly news lineup from 2004 to 2005. It was canceled due to low ratings.