Newly ousted from the band that had made him a star, he was on the lookout for fresh opportunities. “He had been to Morocco and had heard all these amazing musicians,” Cleo, recalls. “He said, ‘I’m getting together a new band, Cleo, and I’d love you to be the singer in it’.” Her curiosity piqued, she listened to his plans for the line-up before playing hard to get, half hoping he would try to talk her round.

“I said, ‘Oh Brian, don’t be silly, I can’t be the singer for your band. But my god, it sounds amazing’,” she recalls. Tragically, it was not to be.

“The next thing I knew he had died.” A prolific drug user, Jones drowned in the swimming pool of his Sussex home on July 3, 1969. He was 27. “I felt there was unfinished business,” she says sadly.

Cleo, now 75, had known him since she first met the Stones in London’s Soho and recorded the single To Know Him Is To Love Him with them in 1964.

Had things gone differently she could have been catapulted to international music stardom but, she says now, in some ways she’s grateful they didn’t.

“Let’s say I don’t think I would have survived the Sixties if I had gone down that path. I saw lots of things happening which I chose not to indulge in but maybe I would have done had I been part of it.” 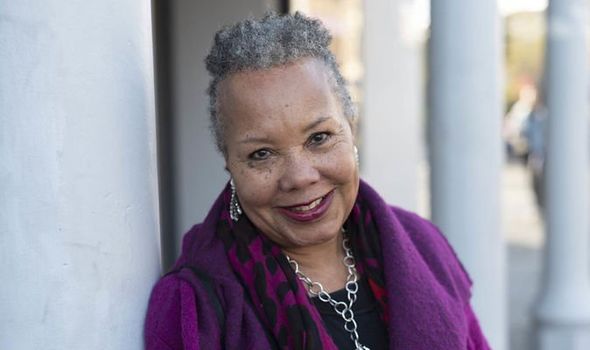 Instead, Cleo, who has an upcoming guest role in the Christmas special of All Creatures Great and Small, went on to have an illustrious six-decade career, and became a trailblazer for black actors.

In 1969, she was the first woman of colour to play the lead in a National Theatre play in Peter Nichols’ sardonic comedy The National Health.

Then there was her 1967 West End debut in Wise Child opposite Sir Alec Guinness, for which she was nominated as most promising new actress. In the audience one day was Sir Laurence Olivier who went backstage to find her.

“I suddenly heard this knock on the door,” Cleo recalls. “He said, ‘Miss Sylvestre, I just want to congratulate you on the wonderful performance’.”

Several seasons with the Young Vic company followed, including appearing on Broadway. She was also a regular in Grange Hill, Happy Families and presented Play School.

Other roles included parts in Z Cars, Coronation Street, Till Death Us Do Part, and The Alf Garnett Saga but they were limited in scope.

Though she may be modest and softly spoken, she knows it was a big deal being one of the few black actors to appear on British TV in the 1960s, and that had its challenges.

“I can count on one hand the incidents I’ve had of somebody being directly racist to me but I was aware of the stereotyping, particularly in plays and TV.

“Most of the parts I used to go up for were either prostitutes or nurses,” she says. Cleo recalls the mayhem in the BBC makeup department when she turned up for her first role: “They didn’t have the right colour tones to suit me so they had to mix up stuff.”

So how did she overcome these hurdles when encouragement was often in short supply? 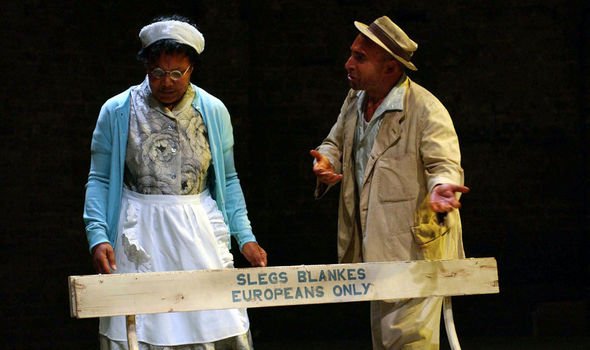 “I remember going for my pre-leaving career talk with the headmistress,” Cleo recalls. “I said I wanted to be an actress and she said, ‘Cleopatra, there are no parts for coloured actresses in Britain’.

“It made me more determined. In fact, she was probably right because you hardly ever saw people of colour on telly, mostly from America.”

Born in Hitchin, Hertfordshire, one month before the end of the Second World War, Cleo grew up in Euston, north London, with her mother, Laureen Sylvestre, a cabaret artist at the Shim Sham Club, and the man she believed was her father.

“Being an only child you invent friends and I used to play little scenarios with my mum under our kitchen table, pretending we were lost and couldn’t find our way home,” she recalls.

Cleo thinks her mum may have had an inkling her daughter was destined to be a performer because aged eight she was enrolled into the Italia Conti Academy of Theatre Arts on Saturdays.

“But it was mainly because I had a really thick Cockney accent,” she laughs. “My mum was brought up in Yorkshire and would occasionally come out with a ‘coook’ or ‘boook’ but she had a beautiful standard English accent and wanted me to feel that I wasn’t judged by mine, so it was to try to iron that out.”

As a child actor, Cleo won a part in the British film Johnny on the Run, directed by Lewis Gilbert of Alfie fame. It involved leaving London, aged eight, on a plane for the Highlands of Scotland. 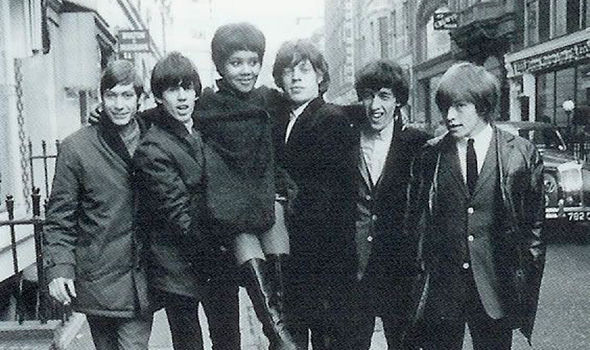 “I’d never been on one before,” Cleo says “We had to stop at Manchester. In those days you couldn’t do the journey in one.”

She came home with two stray cats that she’d rescued from her hotel. “My lovely chaperone couldn’t really stop me,” she says. “I put them in the sick bags when we got onto the plane.”

After school, she went to teacher training college but left after a year to pursue her acting dream. It was the early Sixties, an electrifying time to be a London girl on the fringes of show business.

Cleo knew Roger Daltrey, Jimmy Page and The Hollies. Brian Jones and the rest of the Stones would come round to her mother’s house for a home-cooked dinner.

Nearly 60 years on, Cleo remains discreet – refusing to divulge the names of two famous men she was romantically involved with: “I’m not saying who,” she chuckles.

She has nothing but praise for many of her former co-stars, calling Alec Guinness “charming and solicitous”.

“I used to watch him like a hawk in rehearsals and I picked up so much from him,” she says.

He gave her a bracelet from Asprey and a belt with a clock on it. She last had it repaired two years ago. “The belt no longer goes round my waist,” she smiles.

Cleo is still grateful to Ken Loach for casting her in the ground-breaking back-street abortion drama, Up the Junction. 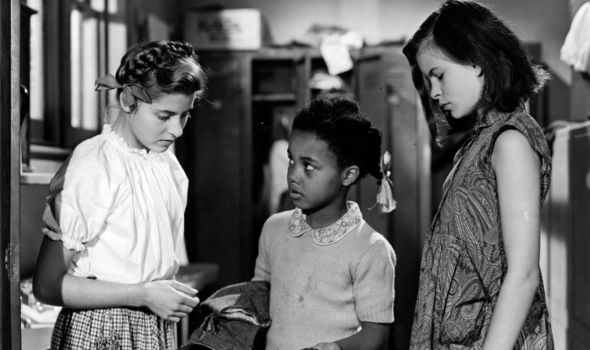 “He recognised that he was doing a show about London and demographically, things had changed and people were not all white,” she says.

But the London of her childhood could sometimes be a hostile place for a young black girl.

She recalls a woman trying to offer her mother laundry soap shouting the N-word at her on the street.

“My mother said to me, ‘Don’t look behind, don’t turn round’,” Cleo says. “The woman was of that generation, born in Victorian times, and that was probably the only word she knew for somebody of colour.”

Cleo still looks forward, not back. “We’ve still got a long way to go but things have improved. I hope they will continue to do so.”

Bizarrely, one of her most life-changing roles was in Crossroads, which had viewing figures of 15 million in 1970. She played Melanie Harper, foster daughter of motel boss Meg Richardson.

“I really enjoyed it – people were coming up to me in the street,” Cleo says of the positive reaction she experienced. She stayed two years before joining the Young Vic.

Meanwhile, her personal life was as full of twists and turns as a soap plot. The man she considered to be her father, Owen Oscar Sylvestre, was a decorated Trinidadian pilot who had flown Lancaster bombers for the RAF during the war. But all was not as it seemed. 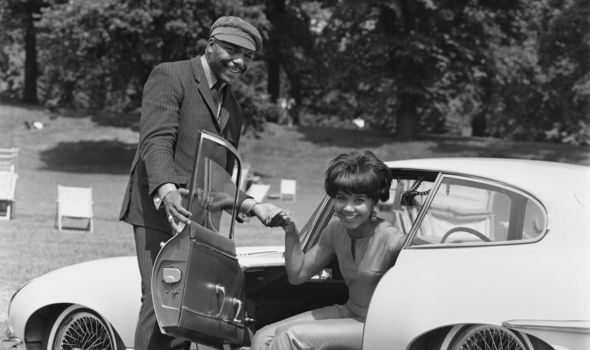 “I can remember them having an argument when I was about five and my mum said, ‘I am going to tell her.’

“My dad said, ‘Well you can, if you want’. I knew it was something about him not being my dad.”

She never questioned it for fear of causing a family rift, but at the same time, she was receiving letters from an Uncle Ben and her ‘sister’ Miriam in Sierra Leone.

It was only after Ben died that she discovered he was her father and she had 15 half brothers and sisters. She met five of them, although they have since lost touch.

Her husband Ian Palmer died in 1995. They have three children: Zoë, a writer and TV presenter, Lucy and Rupert.

Of all the roles Cleo has played, the one she is most proud of is her one-woman show about Mary Seacole, the British-Jamaican nurse who served in the Crimean War. 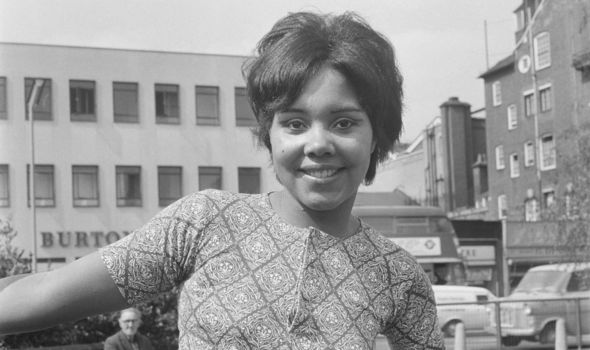 She still faces stereotyping for the “big, black woman” roles and feels that despite improvements, many TV executives make glaring cultural mistakes.

“There are quite a few of us older British actors [of colour] now who have been brought up here with regional UK accents, but they tend to ask for West Indian accents,” she says.

But in her latest role in All Creatures Great And Small, Cleo gets to adopt the accent of her mother’s home county.

“My character is a homely yet outspoken Yorkshire woman living on a remote farm,” Cleo says.

Although she lives in London, filming for the series reminded Cleo how important nature is – especially for inner city children. “The landscape was so beautiful that I would like all urban kids to experience it.”